The unique legacy of Amy Winehouse at the BBC 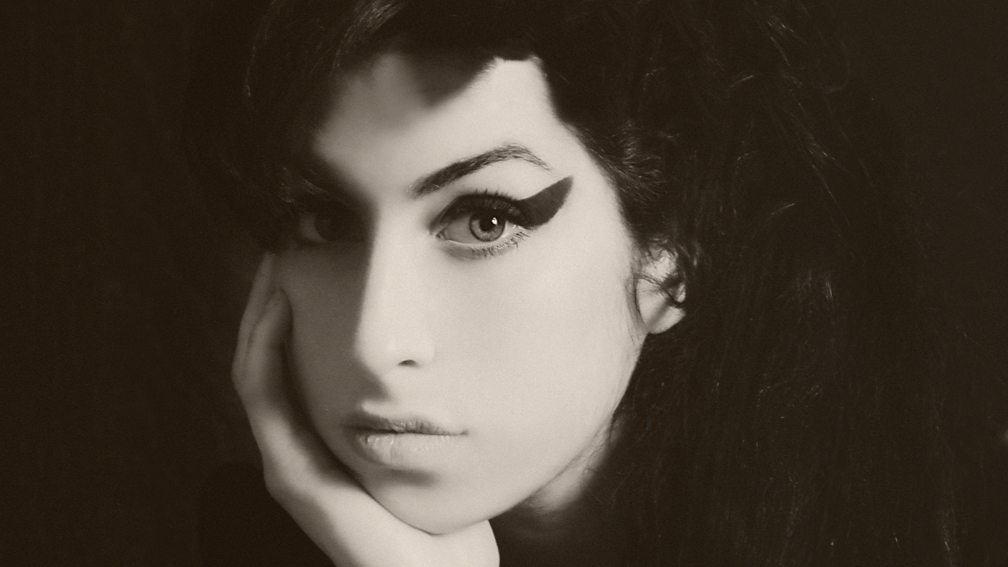 She was as honest a talker as she was a singer"

Amy Winehouse was a breath of fresh air from the moment she first opened her mouth and sang or spoke. She was as honest a talker as she was a singer. From her first Later... with Jools Holland appearance in 2003 to the last time we filmed her on the Pyramid Stage at Glastonbury in 2008, you were never quite sure what note or what thought she was about to share but they were never fake. Her BBC TV legacy is special, whether at Later..., Glastonbury, the Mercury Prize or her own BBC One Session. And there was another, quieter side to Amy, the thoughtful, heartfelt interviews she gave for a variety of documentaries - Kings of Cool, the Jazz and Soul Britannia series, a film about Dinah Washington, Evil Gal Blues - and the interview she gave me before her BBC One Session one ultimately fraught day in spring 2007 when already all the world wanted a piece of her. Like everybody else, we watched her go from bright ingénue to bee-hived brilliance to troubled star and then the worst yet most predictable thing happened and we lost her.

She was as honest a talker as she was a singer" 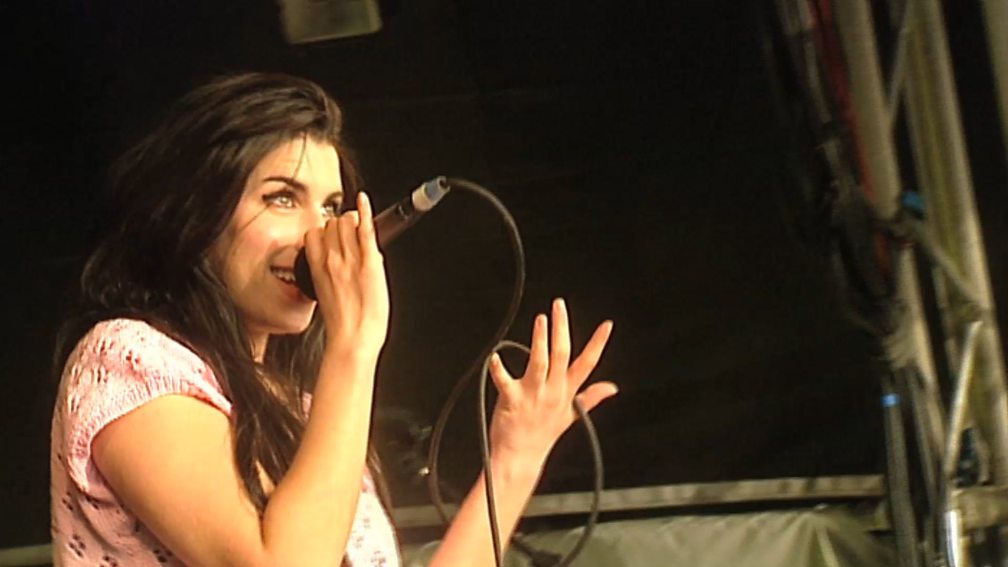 Helping producer Sasha Duncan weave together Amy Winehouse In Her Own Words - a blend of interviews and often rare performances for BBC iPlayer - took me back to when I first heard Amy, when her then manager Nick Godwin gave me a tape of songs from Frank when we bumped into each other early in the spring of 2003 in Great Marlborough Street. Then Nick and Island Records set up a rehearsal performance for Later series producer, Alison Howe, and me to check her out in action. We went along to John Henry’s rehearsal studios in North London and saw Amy with her band, and it was both musically compelling and oddly disengaged. It was as if Amy didn’t quite know how to perform or inhabit her own songs. She ran through Stronger Than Me and Take The Box, and while the singing was great, Amy hadn’t quite learned how to be Amy Winehouse on stage. I told Nick this but, nevertheless, we booked her to perform on Later in May 2003. In 2004 Frank was nominated for the Mercury Prize. Amy’s jazz roots were real and she’d contributed a wonderfully frank interview for our Jazz Britannia series that year, a couple of quotes from which feature in this tribute. 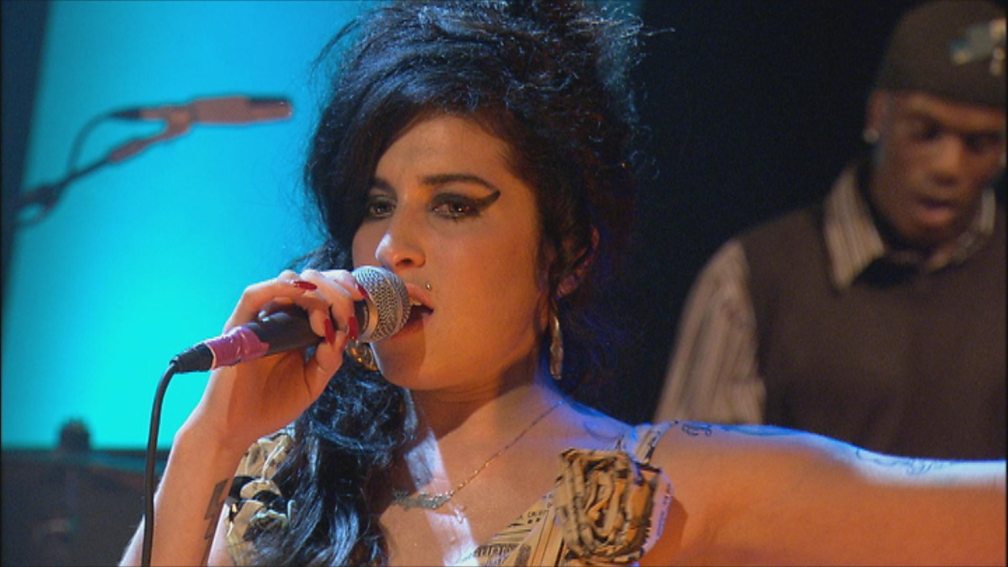 None of which quite prepared us for Amy’s return with Back to Black in 2006 when she appeared on the first show of Later’s autumn series alongside Muse, John Legend and The Raconteurs, premiering songs from Back to Black, including the soon-to-be worldwide hit Rehab, and unveiling the beehive and the persona that would sweep the world. She was bright, engaged and excited by her new music. At the end of the year she came back and performed on Jools’ Annual Hootenanny, delivering a heart-stopping duet of Etta Jones’ Don’t Go To Strangers with Paul Weller. But already this was a different Amy. Back to Black was taking the world by storm but she seemed to be unravelling, disappearing into a toxic world where her gestures no longer always made sense; that disengaged quality that was there when we first saw her in rehearsal had re-emerged as a kind of desperate distraction. She’s there but she’s not quite there, not quite present. 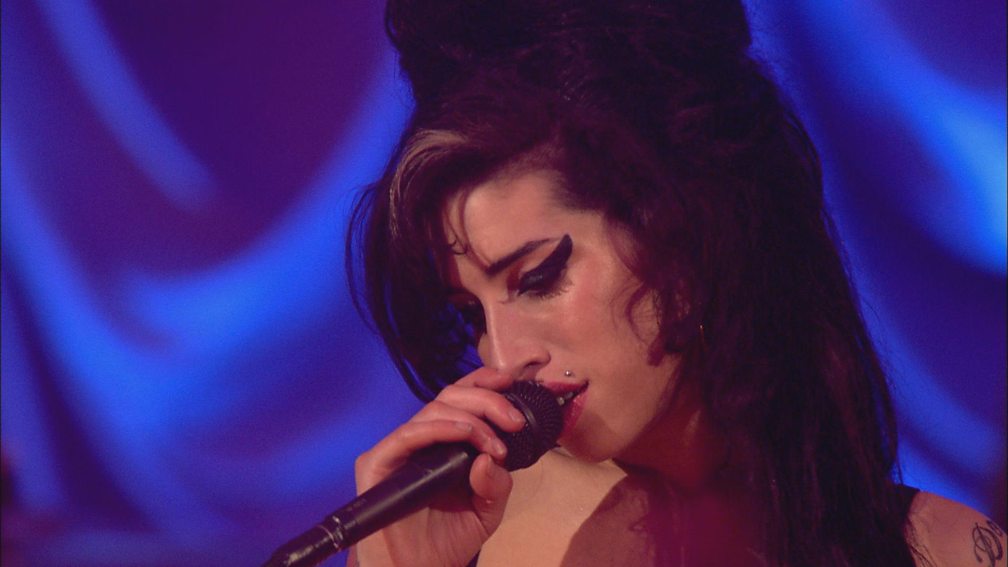 By March 2007 Amy had advanced further out on the ledge of this toxic precipice when we filmed her BBC Sesson at Porchester Hall in Bayswater. She had Britain and America at her feet, the tabloids were all over her lurching private life in a feeding frenzy that would never abate. Her live show was like an old school soul revue and everyone there in Bayswater that night was almost hugging themselves to be catching this emerging superstar at such close quarters. But Amy herself seemed to unravel during the evening, asking for her father Mitch who used the baths beneath the Hall on a regular basis, and she was clearly going through some private emotional turmoil that was there on the edge of her random onstage banter, which almost overwhelms her as she wells up for Love Is A Losing Game (an extract of which is broadcast for the first time in this short piece). In the short interview she gave before the concert she glowed, and yet her description of the depression that Back to Black describes was brutal and bleak. 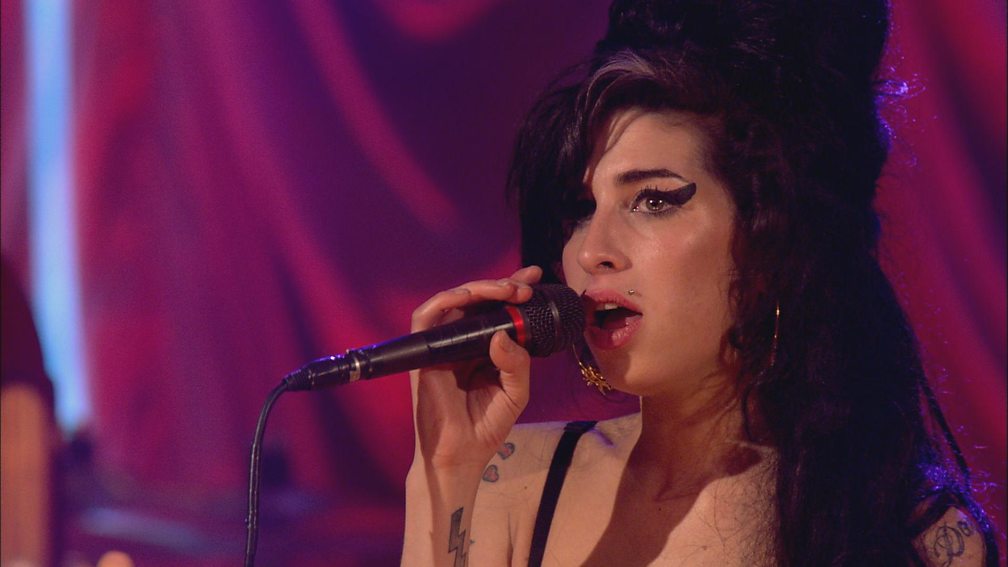 Amy’s life then got taken over by the tabloids and her own personal dramas. When we filmed Amy that September at the Mercury Prize in the Grosvenor House Grand Ballroom, no one seemed to know if she was going to even show, let alone perform, until that afternoon. Her life was all over the papers at this point and so were her problems. Her fame and her distress had become so public that it was as if everyone was afraid both of her and for her. Somehow that evening she gathered herself for a show-stopping, emotionally draining performance of Love Is A Losing Game in the ballroom and for the cameras. It was high but painful drama, life and art intertwined, and although Amy didn’t win that night, her singing alongside a single acoustic guitar was the talk of the room. She’d sung her heart out and even this hard-bitten industry audience were hushed by her power and her pride and her vulnerability. You can see some of that gripping performance in Asif Kapadia’s film portrait of Amy that opens in early July. 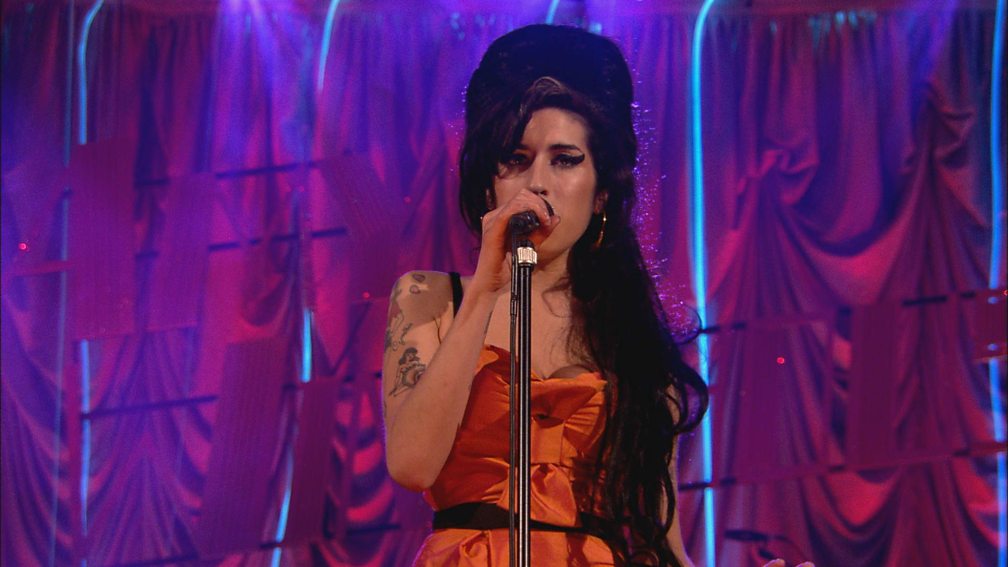 In February 2008 Amy pulled herself together for a performance satellited from London into the ceremony at which she won the Grammy for Record of the Year. Sadly that glorious moment would not sustain. We filmed once more with Amy as she took the penultimate slot before Jay-Z at Glastonbury in 2008. Her singing was still riveting. The crowd sang along but her gestures seemed ever more distracted, and for all her bravery her gone eyes and skinny frame made her look like a rabbit in the spotlight. She went to a dark place and then got cut off just as she seemed to be making it back. 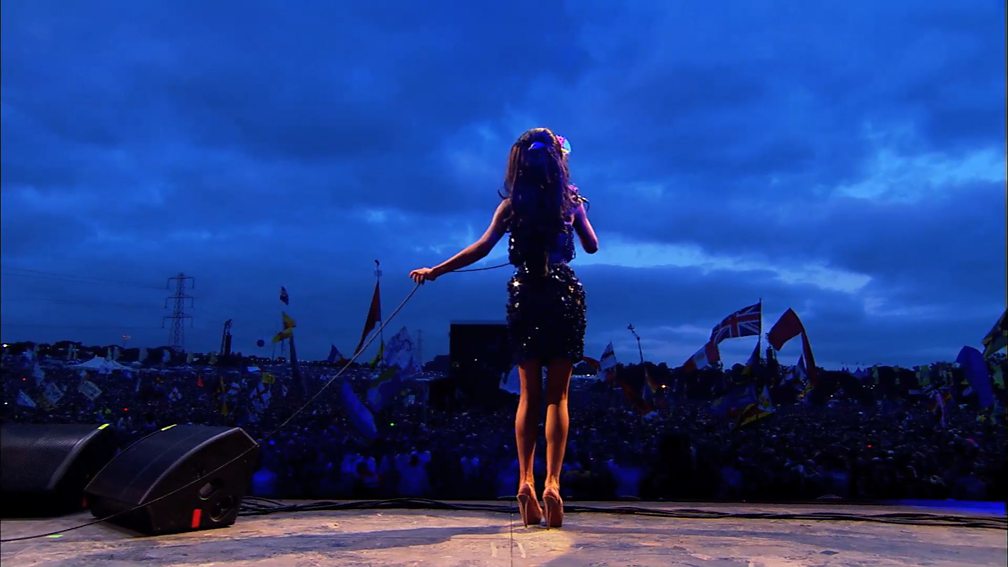 We were proud to track her musical journey"

We were proud to track her musical journey and yet as sorry as everyone else that we could do nothing to halt its pitiful trajectory. Guilty even that we had helped push it along… Of course Britain has produced a lot of brilliant female singer-songwriters and vocalists in the last decade or so, many – from Beth Gibbons to Adele – rooted in older black American forms, soul and jazz and blues. But there was only ever one Amy Winehouse. She was frank and fresh and haunted. And we miss her.

We were proud to track her musical journey"