6 of the strangest songs released by Winter Olympians 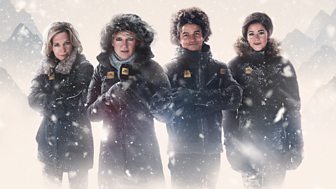 Sports stars are often compared to rock stars, particularly if they are blessed with a huge dollop of charisma as well as sporting prowess, but their various attempts to make it as actual musicians don't always make for gold medals.

And with the Winter Olympics upon us, it's a good time to look back on those stars of snow and ice who have tried to make the jump from skis to stage and landed in unexpected places.

[LISTEN] Eddie 'The Eagle' Edwards on his remarkable career 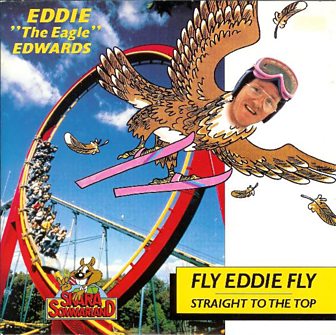 The story of Eddie 'The Eagle' Edwards is weird enough, before you consider the song he inspired and sang. Essentially, it's the tale of a man deciding to qualify for the Olympics as a ski-jumper, a discipline he changed to after not making the grade as a downhill skier, and for which he didn't even possess the right equipment. He livened up the 1988 Winter Olympics by competing with a plucky grin, while wearing steamed-up glasses.

Fly Eddie Fly is a limp-but-friendly slice of country-pop, sung with an amiable whisper. Its lyrics were written by legendary pop writer Mort Shuman, which is an astonishing extra detail to Eddie's story - to have the co-creator of such hits as Viva Las Vegas and Save the Last Dance for Me retell his story with chummy one-liners like, "I may have come last this time, far behind the best / But with some proper training there'll be gold upon my vest." As anyone with ears will happily confirm, it's not terribly good, but at least he had a go: a perfect musical metaphor for his Olympic dream. 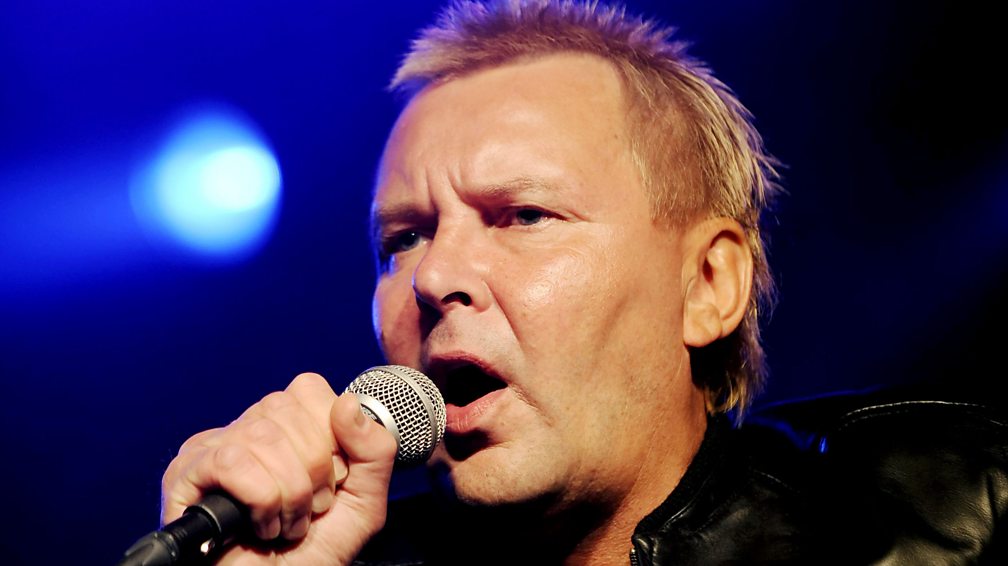 This is not such a happy tale. Matti Nykänen was one of the professional ski-jumpers who took a dim view of Eddie Edwards at the 1988 Winter Olympics, not least because at the time he was considered to be the greatest male ski-jumper of all time. Over a 10-year career he won five Winter Olympic medals (four of them gold and three of those in 1988), and he's also the only ski jumper in history to have won top honours in all five major events: the Winter Olympics, the Ski Jumping World Championships, the Ski Flying World Championships, the World Cup and the Four Hills Tournament.

After his career finished, Nykänen tried his hand as a pop singer, releasing the album Yllätysten yö in 1992, which sold 25,000 copies in his native Finland. But as the decade wore on, as the Guardian detailed, his career began to suffer due to excessive drinking, violent rages - he was convicted twice for violent crimes - and poor business deals. At one point he worked as a stripper in a restaurant in Järvenpää.

He has made a couple of musical comebacks along the way. His 2002 single Ehkä otin, ehkä en revived interest in his career, not least because its title translates to "Maybe I did [drink], maybe I didn't" and was used to advertise cider. And one of his most recent musical endeavours is the song Tuusula mielessäin, a kind of Finnish Gangnam Style without the horsey dance.

3. My Way Is My Decision, Tina Maze

YouTube: Tina Maze - My Way Is My Decision (Official Video)

And when she released her single My Way is My Decision in 2012, she suddenly became one of her country's biggest pop stars. The song, originally planned as a balled, became a wholesome rock-out with aspirational lyrics about Tina's journey as an athlete, thanks to production help from Raay, of hit Slovenian group Maraaya. The video quickly became one of YouTube's most viewed songs by any Slovenian artist, although the lack of a follow-up suggests that she's well aware that pop stars perfectly understand the danger of going downhill as fast as anyone with a set of skis.

Nancy Kerrigan has had a remarkable career by anyone's standards. A champion figure-skater, she was injured in a dressing room attack by an associate of her rival Tonya Harding at the 1994 National Figure Skating Championships in Detroit - events that were later dramatised in the 2017 movie I, Tonya - but recovered and won silver at the 1994 Olympics (Harding came eighth). Due partly to the media coverage of her recovery, she became an ambassador for the sport and a national celebrity in the US.

But amid all of the touring with ice skating theatrical troupes and personal appearances, she hadn't really been considered a singing talent - until the producers of a 2004 Tina Turner tribute album called What's Love? approached her to recreate one of pop's most strident odes to success. She makes a decent fist of the tune, but the musical backing is so similar to the original all you can hear is that her voice is no match for Tina Turner's. There again, Tina Turner's Biellmann spin is probably not the best, so let's not be too harsh.

[LISTEN] Johnny Weir speaks to Evan Davis about the 2014 Olympics

Context is everything. While Johnny Weir is by no means a strange figure for a pop star - the 2009 documentary of his flamboyant figure-skating career and tumultuous relationship with the media is called Pop Star on Ice - he definitely cuts a unique dash as a sportsman. A two-time Olympian, two-time Grand Prix Final bronze medalist, three-time US national champion and the 2001 World Junior Champion, his routines feel closer to the performances of Lady Gaga in her early videos than Torvill and Dean skating to Ravel's Bolero.

So it's entirely understandable that he would take a stab at an actual pop career, releasing the Gaga-esque electropop banger Dirty Love in 2011. It's not that odd a song - although it seems a shame he missed the opportunity to add a D and rebrand himself Johnny Weird - with only the self-aware "Johnny be good" vocoder breakdown hinting that this is a pop song cash-in on a bombastic career, rather than a moment of heartfelt musical expression. 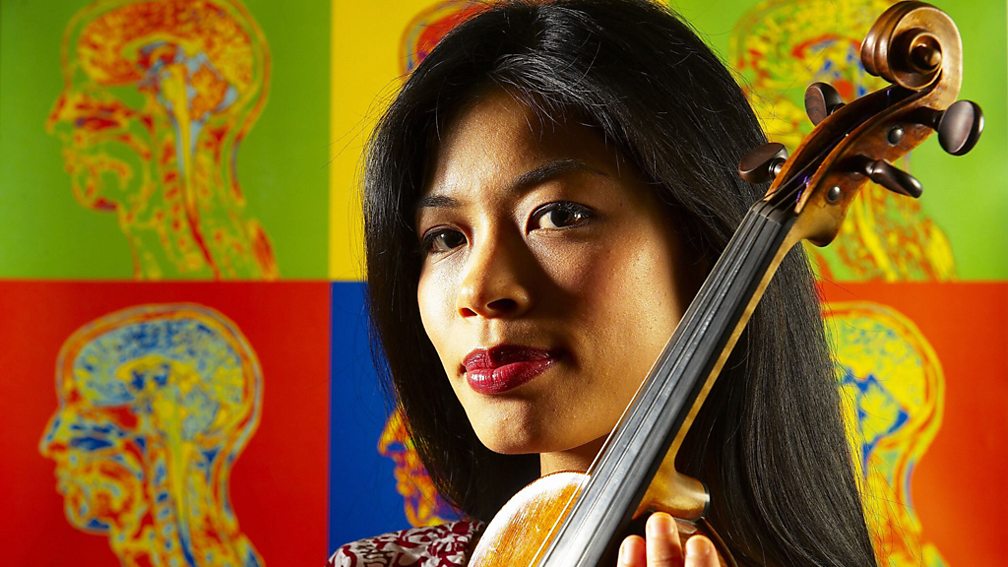 Strangest of all is Vanessa-Mae, not necessarily thanks to the quality of her music - her straight-faced muso recreation of the Rednex's Cotton Eye Joe for 1996's The Alternative Record From Vanessa-Mae is definitely a rum do - but because very few celebrity musicians choose to become professional athletes. All the traffic runs in the opposite direction.

And yet, at the grand age of 35, Vanessa-Mae - a skier since the age of four - turned her back on her music career and appeared, as Vanessa Vanakorn, in the colours of Thailand to take part in the giant slalom at the 2014 Winter Olympics. Of the 67 competitors who made it to the end, she came last, some 50 seconds behind Tina Maze. She told BBC Sport: "The experience of being here is amazing. You've got the elite skiers of the world and then you've got some mad old woman like me trying to make it down."

That wasn't the end of the story. Later that year, the International Ski Federation banned her from competing for four years after concluding that she had fixed her qualifying races for the tournament. Six months later, the Court of Arbitration, while maintaining that her qualifying results were defective, said there was no direct evidence she was involved in the offence and lifted the ban. She failed to qualify for this year's games, after a shoulder injury ended her bid.