Food can be enormously evocative, a real taste of home, and when your job is essentially to travel the world repeating the same day over and over, it's clearly going to be of some comfort to enjoy familiar tastes and smells along the way. This is one of the reasons why music stars develop strange cravings and routines around certain foodstuffs.

Sometimes the affection is only fleeting, sometimes it's a love affair for life, but there's usually a pretty good reason why someone would eat the same food over and over again and never get bored. Here are just a few, and it's worth noting that none of these quirks and appetites constitute any kind of complete diet, official or otherwise. This is just pop stars taking a fancy to something, and not really knowing when to stop. 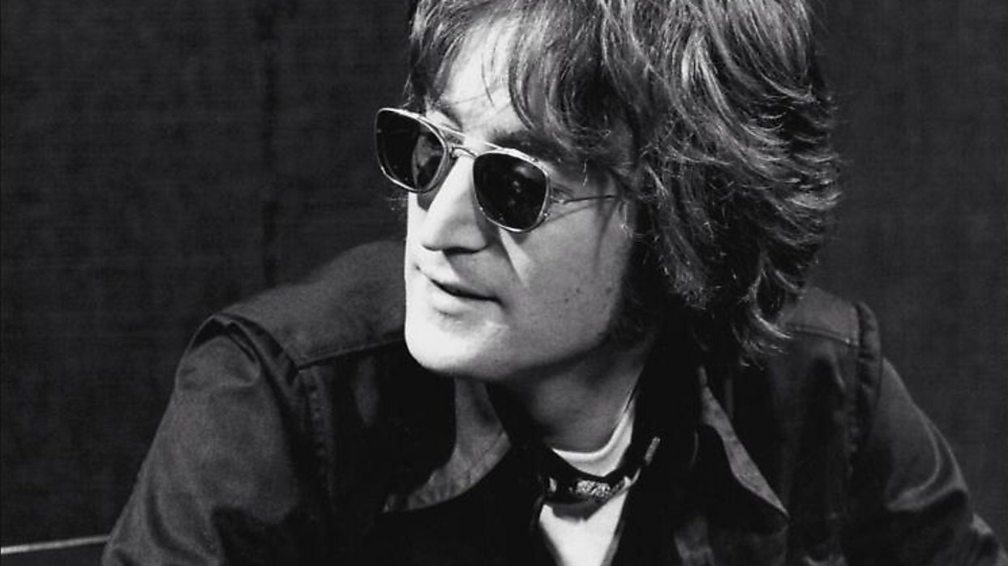 Oh, don't talk to me about jaffa cakes!
John Lennon

Anyone who grew up with rationing as a child and then became a millionaire in their early-20s would struggle not to immediately rush out and satiate their inner child when money became no object. And for John Lennon, the object of his first craze was the humble jaffa cake. According to Paul McCartney, John developed an intense craving for the orangey snacks during the early years of The Beatles, although the obsession was short lived.

He told author Paul Du Noyer: "When we first got loaded he moved out to St George's Hill in Weybridge, which is near a golf club, very much the landed gentry. And you could have anything you'd ever wanted, kind of, in the first flush of success. He went mad on jaffa cakes, went insane about them: 'Gimme gimme!' About a week later he couldn't look at one, and he never looked at one the rest of his life. 'Oh, don't talk to me about jaffa cakes!'"

Oh, don't talk to me about jaffa cakes!
John Lennon 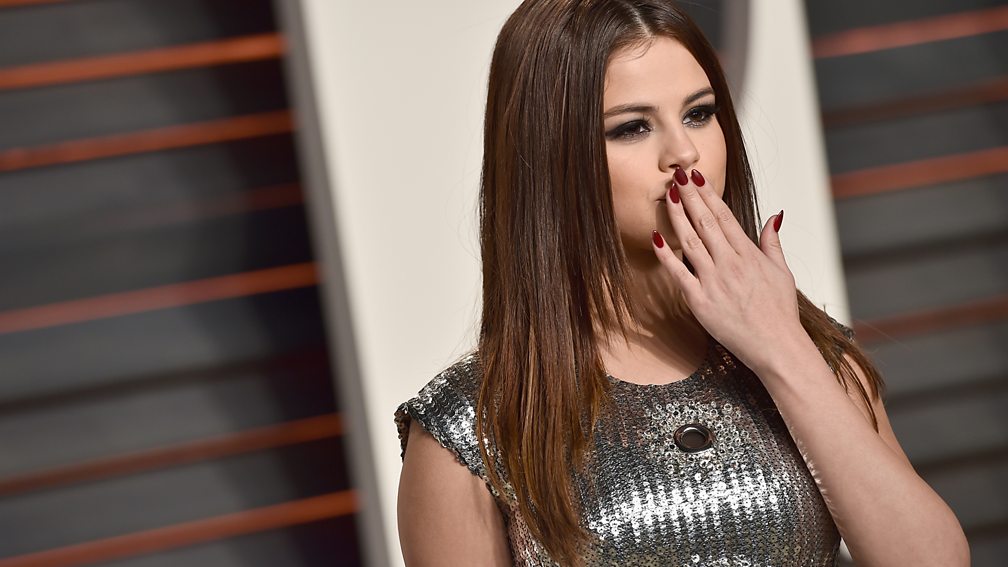 Some pop star food cravings are borne of success, some are borne of years of bad living, but Selena Gomez's crush on pickled gherkins (and the vinegar in which they sit) has been with her since childhood. She told the Mirror her feelings run very deep: "I'm obsessed with them. I drink the juice from the jar, too. I go to the movies and have popcorn and pickles. I may bring out a pickle cookbook."

During a 2010 appearance on Jimmy Fallon's chat show, she revealed that she even uses it to flavour her popcorn, serving it "Texas-style" with salt and Tabasco, then dipping each kernel in the vinegar. But she has standards, claiming: "Someone made me try pickled onion Monster Munch the other day and I almost threw up."

Verve singer Richard Ashcroft's reaction to his first record company advance was not the same as other people's may have been. When the band signed to Hut records, he blew his share of the loot on having one particular dish sent over piping hot, meals on wheels-style, with distressing regularity - distressing on a dietary level (this was his sole meal of the day), but also financially, as it turned out.

He told the People in 1998: "I had lasagne delivered to my door every day for five months until I was broke again. Then, at the beginning of 1995, I owed £3,000 in rent arrears, went AWOL and returned to find my landlord had changed the locks and sold everything in it, records included."

There's a lot of fun to be had looking for Noel Gallagher quotes on the internet. There are tonnes of them on just about any topic, but he does have a particular punchline that he likes to use, and it's a foodstuff that Oasis were so fond of, they had to take with them on an American tour, just to feel properly at home.

Here's what Noel told the Australian DJ Molly Meldrum when asked about the first line in the Oasis song Stand By Me: "It starts, 'Made a meal and threw it up on Sunday.' When I first moved to London me mam kept on ringing up and asking was I eating properly. Yes, Mam. So I tried to cook a Sunday roast and puked up for two days with food poisoning. It was back to Pot Noodles after that."

Most tellingly, Noel has previously admitted that he loves his younger brother Liam, but not as much as his favourite brand of instant noodles.

[WATCH] Arena - The Burger and the King

The principal elements of Elvis Presley's diet - bread, peanut butter, meat, bananas - didn't really change much from the food he had loved as a child. The only change his colossal success created was the amount he could get his hands on. Quite literally. As this astonishing Arena documentary proves, The King was not used to using cutlery.

Perhaps the most stunning revelation, amid all the deep fried banana sandwiches, is the story of a midnight private plane ride to Denver from Memphis, to a restaurant called the Colorado Mine Company, where Elvis and his entourage ordered 30 Fool's Gold Loaves; a sandwich made using an entire loaf of bread, a pound of bacon, a jar of grape jam and a jar of peanut butter. Restaurant owner Buck Scott claims that each sandwich contains 42,000 calories (although it's likely to be closer to 8,000). Either way, Elvis and his pals then spent two hours scoffing the lot.

6. David Bowie, milk and one veg

[LISTEN] David Bowie on his alter-egos

During the 1970s, David Bowie's look, music and lifestyle were so thrillingly exotic, even his strangest habits seemed perfectly plausible. So to discover that, during a particularly unhealthy stay in Los Angeles throughout the recording sessions for the 1976 album Station to Station, he essentially lived on a diet of milk and red peppers... well, that's the sort of thing an alien rock star would do, isn't it?

It's worth noting that, shortly afterwards, he decamped for Berlin with Iggy Pop in tow. Partly to throw off a drug addiction, partly to dramatically alter the trajectory of his music and, as the interview clip above suggests, lock up his various personas, from Ziggy Stardust to the Thin White Duke, but mostly to eat some proper meals.

Robbie Williams is often very candid about his various struggles with addiction, and that is entirely to his credit. The interesting thing is that it doesn't seem to matter what the substance may be. Case in point, humble chocolate buttons.

He told the Guardian that he gave up one vice for another - bingeing on Minstrels - before trying fitness. "And then," he added, "I stopped the working out and just carried on with the Minstrels and I ballooned to the point where the Daily Mail suggested I was akin to Elvis before he died... I had to go on stage, too: 'Yeah, I know, I look like Elvis before he died. Sorry, everybody, as I'm pointing at you suggestively, pretending that you think I'm sexy.'" 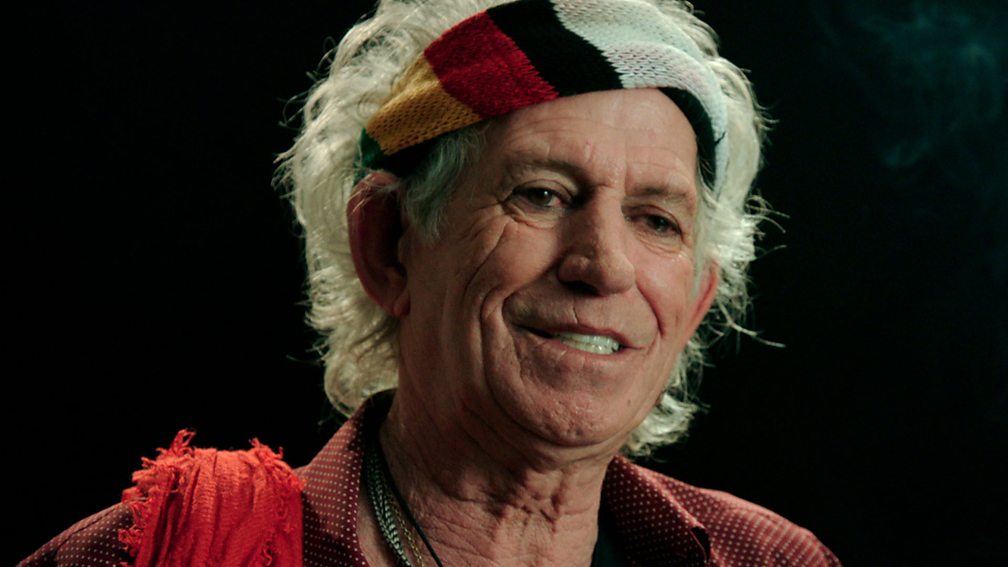 Keith Richards's love of a shepherd's pie goes back decades, to his granddad Gus, but in more recent years it became a key part of his daily life on tour. To the extent that, when Stereophonics supported The Rolling Stones and their drummer Stuart Cable helped himself to a scoop backstage, he had to go and get the pie "recrusted" so that Keith could be the one to break into it first, or the whole gig - according to Mick Jagger - was under threat. Stuart was later cornered during a game of backstage pool by a steely-eyed Keith, who put his cue aside, walked up and whispered, "You ate my shepherd's pie, didn't you?"

Keith's autobiography Life even contains a tip to really add some zing to your shepherd's pie, as handed to him by his bodyguard Big Joe Seabrook: "Before you spread the spuds on the top, you chop up some more onions, because the onions you've used to cook with the meat have been reduced, and he was damn right."