10 extraordinary things that also happened on the day Sgt. Pepper was released 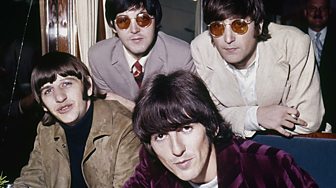 Sgt. Pepper's Lonely Hearts Club Band is a remarkable album, even by The Beatles' lofty standards, and evocative of a particularly giddy moment in pop music. But the startling mix of psychedelic whimsy, music hall pastiche, Indian classical music and conceptual art didn't happen in a vacuum, nor was it the sole interesting thing to have happened at that moment. Far from it, in fact.

This, then, is a snapshot of the world Sgt. Pepper entered, a look at other cultural events that were also going on during 1 June 1967, on the TV, on the radio, in literature and in sport. So, to put the album back in its rightful context on the family Dansette, crack open a bottle of Corona cherryade, grab a slice of Black Forest gateaux and dive in. 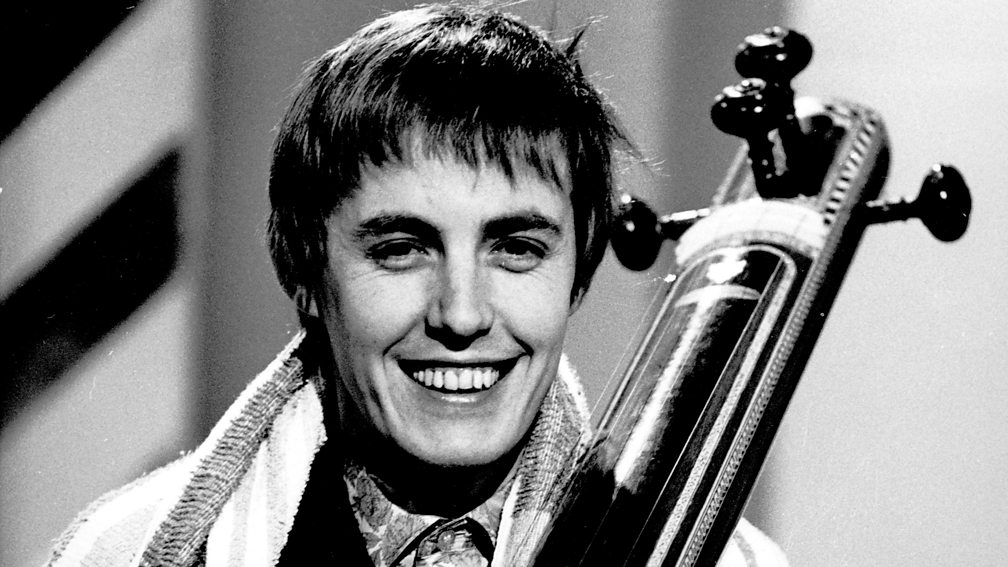 TV was very different in 1967. There were only three channels, most television sets were black and white, and programming was not 24 hours a day. But some things remain constant, like a nice chat show in the vein of Graham Norton or Jonathan Ross. Simon Dee was the host of Dee Time, and in the early evening of 1 June, he played the gracious host to the British comic actress Thora Hird, singer Julie Rogers, film composer Bernard Herrmann and American comic actor Stubby Kaye.

Musical support came from the Northern Dance Orchestra and The Frugal Sound - a folk group with an astonishingly 60s name, who'd released a cover of The Beatles' Norwegian Wood (This Bird Has Flown) a year earlier.

Although perhaps not as significant an event then as it appears now, the first McDonald's restaurant franchise to open outside of the United States started serving in Richmond, British Columbia, right in the middle of the Summer of Love, on 1 June 1967. The burger chain would not reach the UK until 1974.

There were already some fairly way-out albums in the shops when Sgt. Pepper was released. Country Joe and the Fish had released Electric Music for the Mind and Body on 11 May, The Mothers of Invention had released Absolutely Free on 26 May. The Ventures even had an album out called Super Psychedelics, while Paul Beaver put out a musical interpretation of astrology called The Zodiac: Cosmic Sounds.

By contrast, David Bowie's self-titled first album, released on 1 June, was a rum collection of London-centric whimsy, pitched somewhere between Lionel Bart and Anthony Newley, from a man still finding his feet artistically. It's interesting to note, with the release of Elvis Presley's album of songs from the movie Double Trouble, that 1 June 1967 is the only date on which the defining artists of the 50s, 60s and 70s all released original albums at the same time.

4. The Kinks on Top of the Pops 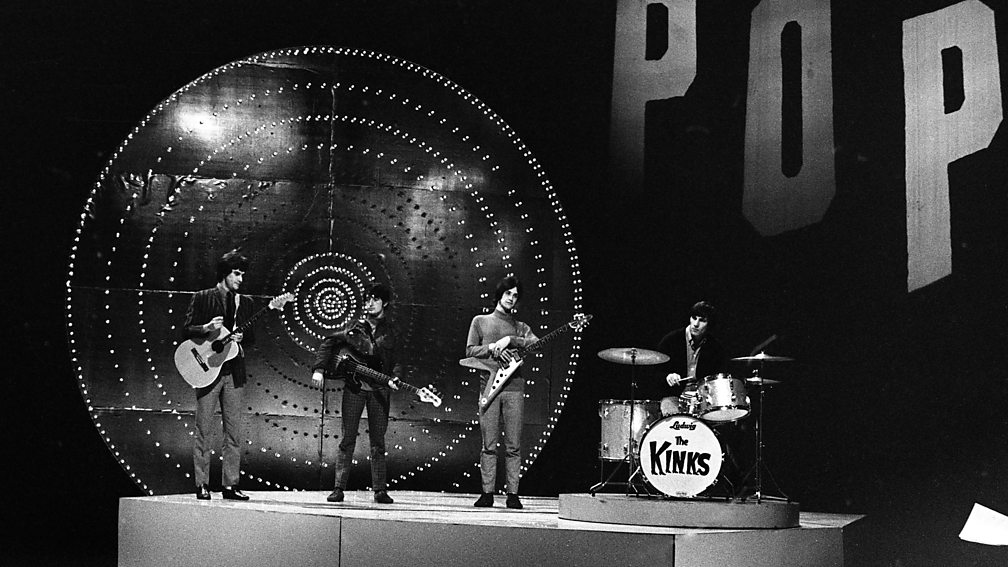 In the week that The Beatles unveiled their masterwork, the No.1 single was the beatific Silence Is Golden by The Tremeloes, soon to be replaced by the even more beatific Whiter Shade of Pale by Procol Harum. For that week's Top of the Pops - broadcast half an hour after Dee Time had finished - presenter Pete Murray introduced previously taped performances by The Tremeloes, The Hollies, Vince Hill, Engelbert Humperdinck and the New Vaudeville Band, and new footage of The Small Faces and P.P. Arnold. Best of all was a new performance of Waterloo Sunset (also quite beatific) by The Kinks who were sitting pretty at No.2.

Oh, and there was a dance routine from The Gojos - to Arthur Conley's Sweet Soul Music at No.13 - possibly depriving the world of the sight of some energetic rug-cutting to the hot No.10 sounds of Seven Drunken Nights by The Dubliners.

While The Beatles were celebrating their new album, another Liverpool artistic high watermark was being reached. Penguin Books published a poetry collection called The Mersey Sound on 25 May, which brought the same youthful irreverence to fusty old verse that rock and pop music had brought to society at large. It featured the work of three poets from Liverpool - Adrian Henri, Roger McGough and Brian Patten. Funny and touching writers all, their verses were informed by modern life and were deliberately accessible, which made them hugely popular. The Mersey Sound went on to become one of the biggest-selling poetry anthologies in the world, selling over 500,000 copies.

Movie-goers on 1 June 1967 were caught mid-way between two James Bond movies released that year. Casino Royale, which came out in April, was a spoof loosely based on Ian Fleming's first Bond novel, with David Niven playing the part of James Bond 007, supported comically by Peter Sellers, Ursula Andress (who had already appeared in Dr. No), Woody Allen and Orson Welles. The film's score was by Burt Bacharach, which makes the whole thing Austin Powers before Austin Powers was Austin Powers.

But on 12 June, You Only Live Twice was released, Bond's fifth proper cinematic outing, and Sean Connery's last in the title role for the time being. He eventually returned in 1971's Diamonds are Forever, before officially handing over the quips and Martinis to Roger Moore. 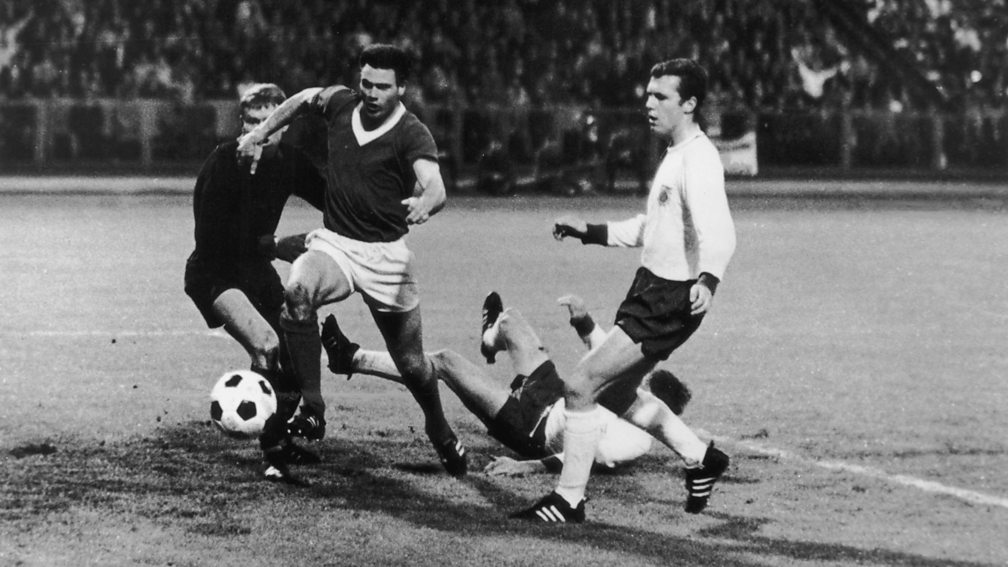 As the sun came up on 1 June, plenty of Scottish football fans will have been nursing sore feelings, as Glasgow Rangers had narrowly missed out on winning the European Cup Winners' Cup in a tense match with Bayern Munich in Nuremberg the night before. While Bayern had fielded some of football's finest players, including Sepp Maier, Franz Beckenbauer and Gerd Mülle, Rangers had managed to hold them to a goalless draw for most of the match, and even held the upper hand in the first half. Their one goal had been disallowed, however, and so the match went into extra time, at which point Bayern's Franz Roth broke through Rangers' otherwise solid defence and scored.

Another slow burner, to Anglophone readers at least, One Hundred Years of Solitude was released on 30 May 1967, and only available in Spanish. It was such a fevered success that Gabriel García Márquez faced a reaction similar to that of Sgt. Pepper, with not only intense critical approval, but widespread popular support from vociferous crowds across all of Spain and Latin America. The book, which tells the story of the Buendía family, was not translated into English until 1970, but it provoked a similar reaction, and Gabriel was eventually awarded the Nobel Prize for literature in 1982.

9. The last days of pirate radio

The 1960s beat boom was greatly assisted by pirate radio stations such as Radio Caroline and Radio London, who were serving a young audience with the kind of broad coverage of pop and rock music that hadn't yet become part of the BBC's output. As of 1 June, there were ten stations, with an estimated audience of 10 - 15 million listeners. These were perfectly legal broadcasts, providing they came from offshore ships or abandoned sea forts in international waters, but their days were numbered. It took the Marine Broadcasting Offences Act, which became law in August, to shut them down, an event which coincided with the launch of BBC Radio 1 on 30 September, who took the best of the pirate radio DJs - from Tony Blackburn to Johnnie Walker and John Peel - and gave them new jobs.

By the end of the year, The Who had created a conceptual tribute to Radio London, in the form of their album The Who Sell Out, which linked songs together using real jingles and fake adverts, in the manner of a pirate radio broadcast.

10. Tom Stoppard's Rosencrantz and Guildenstern Are Dead at the National Theatre

Finally, in theatre land, Rosencrantz and Guildenstern Are Dead by Czech-born British playwright Tom Stoppard had made it from a premiere at the Edinburgh Festival Fringe in 1966 to the National Theatre in London, where it began its run on 11 April 1967. As Kirsty Lang says above in the introduction to her April 2017 interview with Stoppard, the absurdist play "launched his career" and was currently being revived at the Old Vic in London starring Daniel Radcliffe and Joshua McGuire.

After its first London run, the play went to Broadway in New York in October 1967 and was turned into a Hollywood film in 1990. Gary Oldman was cast as Rosencrantz, Tim Roth as Guildenstern and Stoppard himself directed.