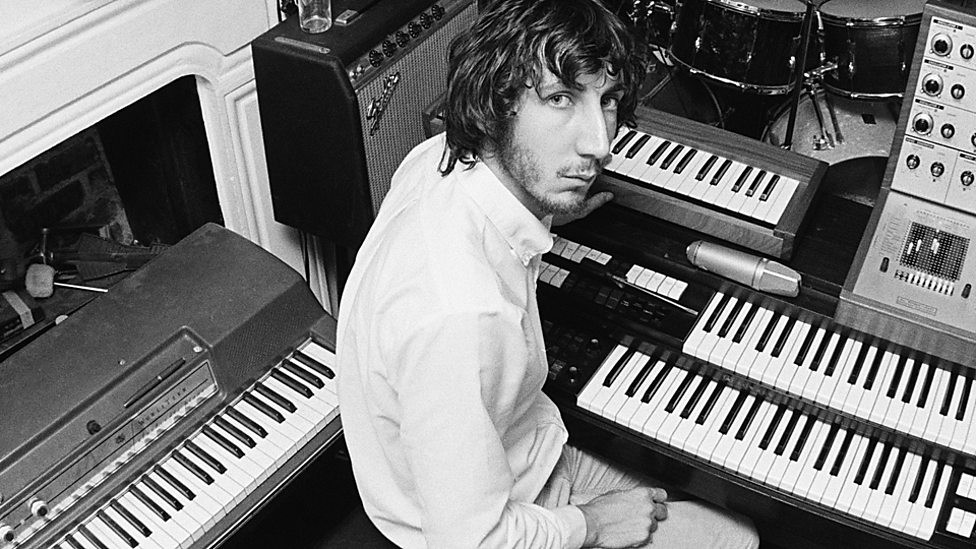 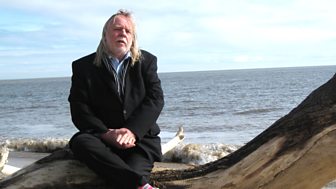 The concept album may be widely considered to be pretentious, overwrought and highfalutin - as Rick Wakeman reveals in BBC Four's When Pop Went Epic: The Crazy World of the Concept Album (broadcast on 6 May, 10pm) - but that doesn't necessarily mean they have to be, or that if they are, it's a bad thing.

The most common approaches are either to construct a song suite on a general theme, or try to tell a story, with each new song being a fresh chapter. The stories can be old favourites from literature or newly minted tales about robots or mods or wizards, and you can have a narrator, like a fairy tale, or try and link everything together with songs, like a proper opera. All that matters is that it works, as Fraser McAlpine discovers:

Concept albums don't have to be about dystopian future societies or space travel; one of the earliest collections of themed songs was a collection of musical snapshots depicting extreme poverty in 1930s rural America. Woody Guthrie had travelled through farming communities that had been decimated, first by drought and dust storms, then the depression, forcing thousands of families to abandon their homesteads and seek work elsewhere.

The Dust Bowl Ballads was originally released in 1940 as two three-disc collections of 78 rpm records, and in this bookish format it became the musical equivalent of a novel like John Steinbeck's The Grapes of Wrath. Guthrie had been so inspired by Steinbeck's depiction of these same migrant families that he named one of his songs, Tom Joad, after the book's lead character. It was a theme he would return to often, as in this 1941 song, Pastures of Plenty, performed here by his friend Pete Seeger.

While there are a good many hip hop concept albums that aim to tell the story of the streets, not least the sterling work by the various solo members of Wu-Tang Clan (Raekwon's movie-minded Only Built 4 Cuban Linx is a great place to start), Good Kid, M.A.A.D City swerves the dramatic hyperbole of, say 50 Cent, and keeps things low key and personal. As a travelogue of the seedier side of Compton, it's closer in spirit to Woody Guthrie's song suite, telling upsetting stories without unduly emotive language.

But unlike Woody, Kendrick (seen here chatting with BBC 1Xtra's Mistajam) puts himself in the narrative as an evolving character that becomes changed by everything he sees, while depicting a series of different characters too. The gang violence, harsh poverty and attacks on women change him from being a wet-eared teen to a reflective, spooked adult. His narrator has the story arc, just by being in that environment and not being able to close his eyes to it. 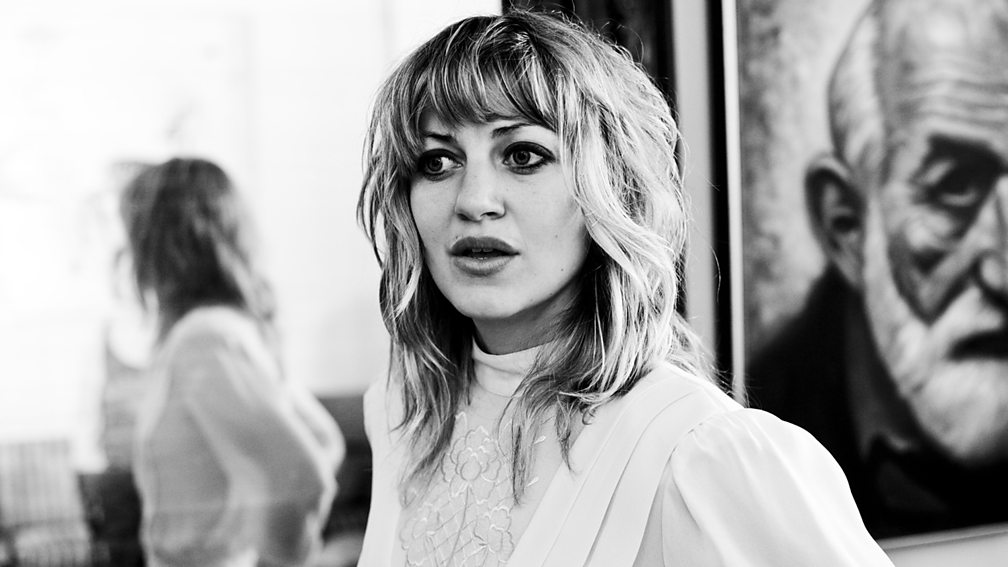 As a kind of Ancient Greek equivalent to Jesus Christ Superstar (see below), Hadestown was created by Anaïs Mitchell to recast the myth of Orpheus descending into the underworld to retrieve his wife Eurydice, using the grammar, musical settings and conventions of modern folk song as the medium through which the story is told. And taking Eurydice and Hades's perspective on events more than the Ancient Greeks ever did.

To do the story justice, she brought in special guests - Justin Vernon of Bon Iver plays Orpheus; Ani DiFranco is Persephone - the most notable of which is the dark, purring voice of Greg Brown, playing a salacious Hades, as if Hades had the voice of Morgan Freeman playing Tom Waits.

The Who Sell Out by The Who

Pete Townshend deserves credit for taking pop music seriously enough to demand it be treated as art, but he should also be applauded for those moments when he put that art into a commercial context, Andy Warhol-style. In this early interview with Brian Matthew, he details how The Who created their first single, I Can't Explain, as a deliberate ploy to get into the pop charts and gain attention.

The Who Sell Out has that same cake, and eats it. It's an artistic salute to the pirate radio stations that were shut down in 1967, paving the way for, among other things, BBC Radio 1. Every song sounds like it has come from a different group - the blissful San Francisco pop of Mary Anne with the Shaky Hand contrasting wildly with the menacing I Can See For Miles - and they're interspersed with homemade jingles and adverts for products such as Heinz Baked Beans, Premier Drums, Rotosound guitar strings and the deodorant Odorono. Townshend would go on to write album length narratives like Tommy and Quadrophenia, but his conceptual wit was never this sharp again.

As Tim Rice points out in this documentary on the rock opera he created with Andrew Lloyd Webber, while The Who's Tommy laid the groundwork for a rock-based story about a messiah figure in a modern pop culture context, Jesus Christ Superstar - which began as a well-executed album before it was a stage musical - has two crucial advantages. It took a well-established story from a book everyone knows, and found a new way to retell it.

So while most other rock operas would tell the story of Jesus from the perspective of the man himself (the crossover between lead singer and preacher was a fairly well-trodden area even in 1970), Jesus Christ Superstar takes Judas's point of view and throws some sympathetic light upon Mary Magdalene too. Jesus appears as both a charismatic, beneficial leader and an enigma, wise beyond his experience and well aware of what is about to happen to him, while Judas is his faithful lieutenant, inspired by his words but scared of what he is becoming.

A Grand Don't Come for Free by The Streets

Every song needs a drama at the centre of it, and once you have the drama, the song writes itself."
Mike Skinner

Mike Skinner is a narrative-driven songwriter with an urge for self-improvement, so when he wrote A Grand Don't Come for Free, he wanted to push his natural poetic skills to see if his songs could carry a series of intertwined plots, as he discussed in his book The Story of the Streets: "I'd got so into my songwriting manuals and books by Hollywood screen-writing gurus... and I wanted to try and put what I'd learnt from them into practice. Every song needs a drama at the centre of it, and once you have the drama, the song writes itself - that's what I firmly believed."

So, he wrote a story about a lost £1000, a troubled new romance, jealousy, a holiday flirtation, a breakup and a resolution that may, or may not, have really happened. Along the way, he created the heartbreaking Dry Your Eyes, his biggest hit single and proof that alien invasions are all very well, but it's the universal stories that hit hardest.

Every song needs a drama at the centre of it, and once you have the drama, the song writes itself."
Mike Skinner

The War of the Worlds by Jeff Wayne

Following in the Rice/Lloyd Webber footsteps, Jeff Wayne decided to set a classic of domestic science fiction to both fiddly-time-signature prog rock and disco, with an orchestra, and brought in an array of guest stars - from Thin Lizzy's Phil Lynott to David Essex to Justin Heyward of The Moody Blues - to strain and emote like billy-o. It was 1978; punk rock was supposed to have seen off this sort of palaver one year earlier.

By rights, it shouldn't work at all, but thanks largely to the presence of Richard Burton as the narrator - intoning the lines of H.G. Wells with a suitably doomed sigh and scaring the pants off Michael Sheen (as this Radio 4 clip proves) - and a glorious and monolithic overture, everything flows. Jeff Wayne's background in composing jingles for adverts kept him from the worst excesses of prog noodling, and there was even a spin-off hit single, Forever Autumn, AND Ben Leibrand's dance remix of that overture, Eve of the War, which got to No. 3 in 1989.

Queensrÿche - Eyes Of A Stranger

It's safe to say that metal likes a concept album. Queensrÿche's Operation Mindcrime is well-established as a classic of the form, the full science fiction dystopia in which a political insurgent (with a heroin habit) called Nikki attempts to piece his memory back together after having been recruited and conditioned by the evil Dr X to be an unwitting assassin, Zoolander-style.

Using the slightly on-the-button trigger word "mindcrime", Dr X commands Nikki to murder his opponents, including a nun called Sister Mary, for whom Nikki has developed strong feelings. She helps him overcome his programming, but before they can escape together, she is killed and Nikki can't say for sure that he didn't do it. Devastated by the loss, and overcome by his addiction, he retreats to a feral state, winding up in a mental hospital, unable to remember how he got there. Which is where the story began...

Captain Lockheed and the Starfighters by Robert Calvert 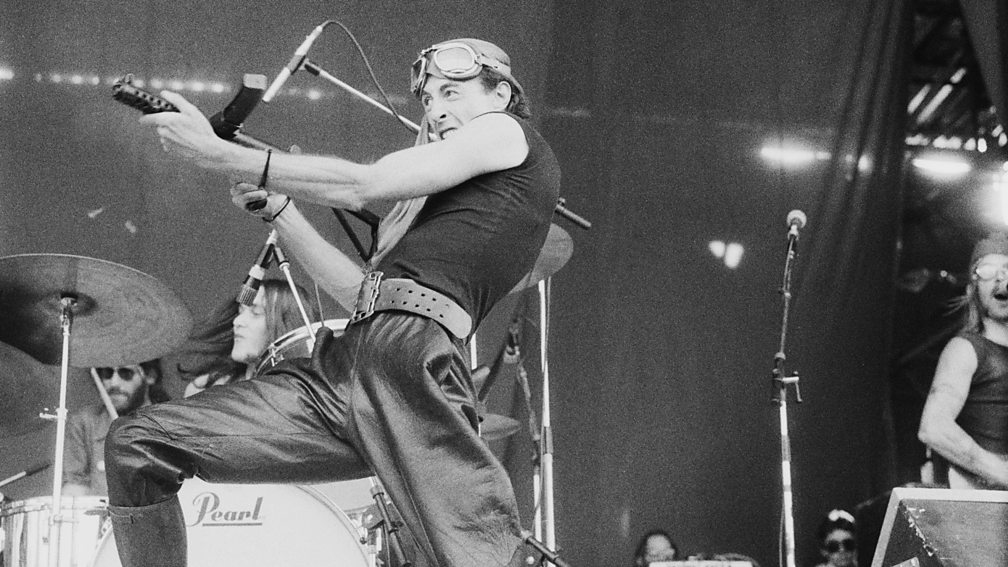 In a post-ironic world, everyone involved in the painful sincerities of prog rock likes to pretend they did it all with a bit of a wink, but the execution of 1974's Captain Lockheed and the Starfighters, written by eccentric Hawkwind frontman Robert Calvert, is so preposterous it can only be seen as a dig in the ribs to his contemporaries, especially when throwing in Pink Floyd-baiting lyrics such as "set the controls for the heart of the Earth" (from The Aerospaceage Inferno).

The story revolves around the decision by the German Air Ministry to buy the Lockheed F-104 Starfighter, a plane so disastrously unsafe it picked up the nickname of the Widowmaker. So while the songs are superior space-rock, they are interspersed with comic skits about plane salesmen, men in makeup and test pilots (starring Calvert, Viv Stanshall of The Bonzo Dog Band, and Traffic's Jim Capaldi) in a song-suite devoted to derring-do, military incompetence, the thrill of flying and the fear of falling.

Southern Rock Opera is exactly what its title suggests: a semi-autobiographical rock opera about a boy growing up in Alabama in the late 70s and early 80s. Rock - proper rock like Lynyrd Skynyrd - appears to be under threat, he's got a guitar, he's been a punk rocker, but he remembers the music of his youth. As the album's "libretto" states, "There was no place for big, masculine-looking, hairy men with beards and guts and sweat and spit. Not on TV. Sure the hell not on MTV."

It's a nostalgic idea that actually predates the band. Drive By songwriters Patterson Hood (heard here in conversation with Bob Harris), Mike Cooley, and Rob Malone spent four years writing and releasing two albums' worth of southern rock, while throwing songs into a pile for what they called "The Rock Opera" until it was finally finished. And it's this unhurried, thoughtful approach (plus the framing of that previously unfashionable kind of full-tilt rock through the eyes of someone who was there) that makes the album such an affecting listen. Definitely worth tracking down on vinyl for extra authenticity.