Is this the end? 7 massive artists that may have already released their last album

No one likes a quitter, especially not if the quitter is your favourite band or artist. Do musicians get out of the game quicker than they used to? That's a hard one to gauge, but it certainly seems like it.

Take a band like The Maccabees, who called it a day in August just as they were beginning to hit the big-time. Would they have carried on in less lean times? We'll never know. And although the announcement of their split felt final, we're absolutely in our rights to roll our eyes at some early retirements. Plenty of bands have forged longer careers when reunited, and then there are those, like Jamiroquai, who never officially split and just seem to be taking forever to release new music.

The below seven exist in a similarly grey area. Some have tentatively announced their cessation, others have been more concrete. All we can be certain of is that it'd be a crying shame if we've already heard the last of them.

Long before Coldplay's A Head Full of Dreams came out in December 2015, Chris Martin was suggesting it would be the band's swan song. "It's our seventh thing, and the way we look at it, it's like the last Harry Potter book or something like that," he told Zane Lowe in 2014. "Not to say that there might not be another thing one day, but this is the completion of something."

It would take until May 2016, when Chris to spoke to Zane again, to find out more. "I'd be surprised if there was another conventional Coldplay album," he said. "I just feel like we're right where we're supposed to be right now. I meant what I said to you a couple of years ago, I feel like this is a closing chapter of something. I stand by that, I’m afraid."

Coldplay played both the Super Bowl halftime show and Glastonbury (again) in 2016 - career-defining moments - but there's too much ambiguity in Chris's quotes to formally say they're dust.

Chances of another album? Sounds like they need time off. The door is ajar.

Much banter with Grimmy in the above clip about One Direction and their break/hiatus/sabbatical, which became a rumour last August and a fact in November. Officially, it's still a break, during which, as Niall Horan told Graham Norton on 14 October, "We are kinda doing our own thing… I'm doing this [releasing music as a solo artist], Harry's doing a movie [the Christopher Nolan-directed Dunkirk]… You know, we're all doing our own bits and pieces."

Pushed by Norton to be more precise on a possible reunion, he said: "Can't really put a date on it, but it's not gonna be 50 years away. It's in the foreseeable [future]."

Basically, they're going to see how their solo careers pan out (and Niall's didn't get off to a flyer - his debut solo single peaked at No. 9).

Chances of another album? Depends entirely on which way the dice rolls for each member over the next couple of years.

In a Beats 1/Noisey interview after the release of his excellent 17th solo album, Post Pop Depression (hear Sunday from the record on Later... with Jools Holland, above), Iggy Pop said: "I feel like I'm closing up after this. That's what I feel. It's my gut instinct."

Asked whether that meant a complete break from music, he added: "No. If you call me and you want to work out a deal to come and sing Happy Birthday at your mother's - something like that - I'll refer you to someone. But to really make a real album you really have to put everything into it and the energy's more limited now."

The 69-year-old sounded knackered, but not completely spent.

Chances of another album? If Chuck Berry can release an album aged 90, so can Iggy. 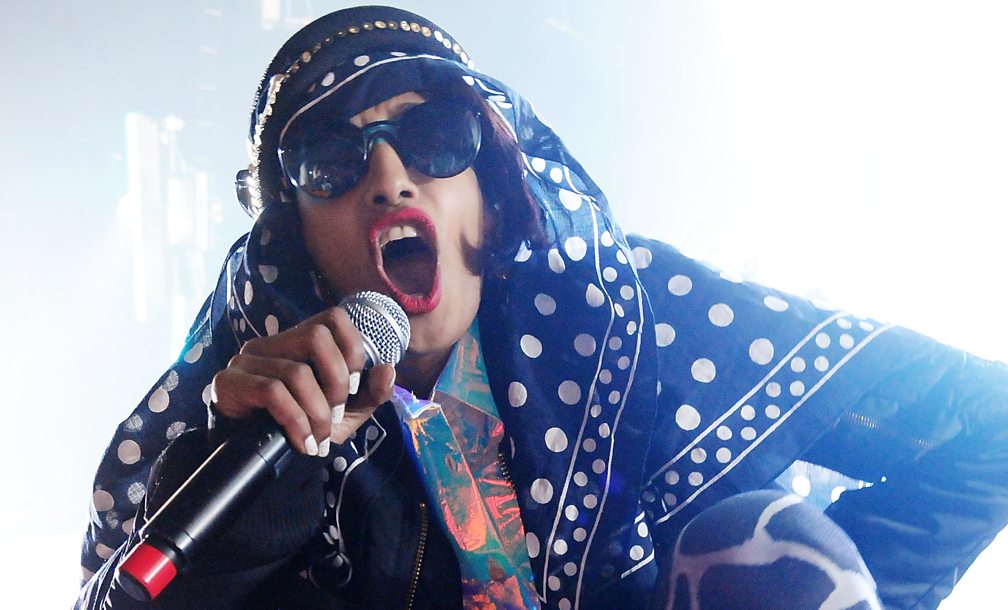 In May, M.I.A. said that her then-forthcoming fifth album AIM would be her last with her American label. By July, that comment had been upgraded to AIM being her last album, full stop.

"It's my last record so I wanted it to be happy," she told Radio 1's Annie Mac, who also premiered the single Go Off (above). "There's no complains on it. [It's] another side to me completely. I don't know if people know [about] that."

Asked to confirm whether it really was her last album, M.I.A. replied: "Yeah, I think so. I wanna go and do some other stuff and take some time out... I'm sure I'll put music out and make music, but as an album, this just came together after Borders [November 2015 single] and it just seemed like it wrote itself very quickly. I had to just go with it."

So, another very ambiguous statement. In a later interview, with NME, she suggested it wasn't so much music as the music industry she needed a break from: "I just need time away from it. I don't want to change how I think creatively, to brand myself into an acceptable brand."

Chances of another album? A new one could easily "write itself very quickly", after M.I.A.'s dabbled in other artforms for a while.

Metallica's 10th studio album isn't out till 18 November, but its title - Hardwired... to Self-Destruct - and the increasing periods of time they leave between records (it's been eight years since Death Magnetic; St. Anger came out five years before that), have got tongues wagging about whether it could be their last.

Perhaps because of the speculation, the band have been talking up the album after this one. "I'm already on the next record here and we haven't even played all these songs," the group's James Hetfield told 6 Music's Matt Everitt in September (above).

Doth he protest too much? We'll just have to wait and see.

Chances of another album? High. For now. 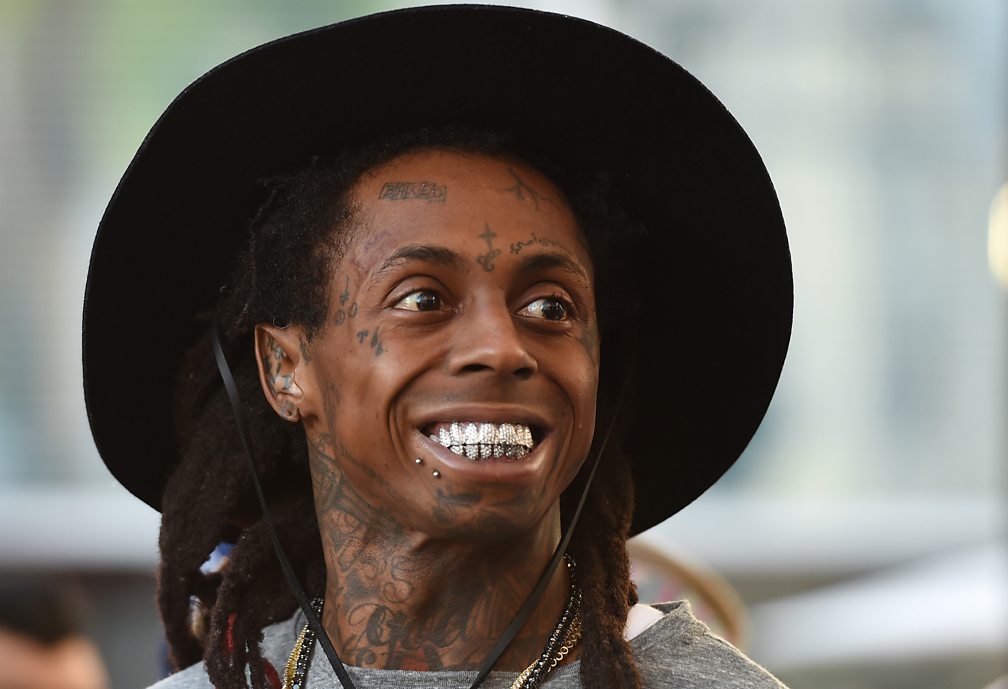 Keeping up with Lil Wayne's fortunes in the rap game (not to mention his health issues), is a near-full-time activity. He first suggested he was going to retire back in 2011, then, as Newsbeat reported on 3 September this year, he blasted out a tweet saying: "I AM NOW DEFENSELESS AND mentally DEFEATED & I leave gracefully and thankful I luh my fanz but I'm dun."

Come 13 September, he was back - sort of - telling FOX Sports: "This was a tweet after an argument... This is business. Once business is involved - I've got a family, I've got kids, I have a mother, I've got bills to pay - this is business, and once the business is right, everything is right. I did feel that way [about retiring], [and] I didn't take the tweet down because I still feel that way. When something is done about it, then things will change."

The business he's referring to is his on-going beef with Cash Money Records and its label boss Birdman, who he claims is holding up the release of his 12th studio album, Tha Carter V.

Chances of another album? Weezy has always said Tha Carter V would be his last if and when it comes out. In the meantime, expect mixtapes.

[LISTEN] Archive on 4 - Bob Dylan and Me

Bob Dylan is perhaps the most celebrated musician alive and part of his genius lies in his ability to remain a complete mystery to almost everyone, despite releasing 37 albums in a career spanning more than 50 years. Because the title of his 2012 album Tempest was the same as Shakespeare's final play, rumours abounded that it was his swan song - until Dylan pointed out the following to Rolling Stone: "Shakespeare's last play was called The Tempest. It wasn't called just plain 'Tempest'. The name of my record is just plain Tempest. It's two different titles."

Duly, he's released two more albums since then and it's become something of a not-very-funny running joke to suggest each new one is his last. Currently, the press is caught up in trying to work out whether he's happy or not to have been awarded the Nobel Prize for literature. And if we can't even work that out, you can sure that we have no idea whether Fallen Angels, released in May, is his final musical offering. Except to guess that it's almost certainly not.

Chances of another album? A dead cert. Probably.