10 fake music news stories that had us fooled

Spoofs and tall tales are a staple of internet music discourse. Every now and then something appears online which may seem remarkable, and could well be true, but turns out to have been created as a prank to fool unsuspecting fans. It's a world away from the definition of fake news as is applied to current affairs in 2017, although as we'll see, there certainly have been fake music news stories that overlapped with international politics.

In 2014, there was a kerfuffle around a news story taken from Twitter, in which it appeared that doting new father Dan Lieberman had named his twin boys Ghostface and Raekwon after his favourite rappers in Wu-Tang Clan. He even provided a picture as proof, which was then Instagrammed by the real Raekwon with the caption "This is live, family named their twins Raekwon & ghostface!!! #wu4thebabies"

However, it later emerged that the form in question is not a binding legal document, and had been created by Dan as a joke. He posted on his Facebook page: "I got the best Father's Day gift I could get yesterday, but this is a close second."

2. Kurt Cobain's skis are for sale

Derek Erdman is the receptionist at Sub Pop records, first musical home of Nirvana, and one day while bored at work, he decided to place a fake advert on Craigslist, using photos he found online, in which he posed as a former flatmate of Kurt Cobain's (and former member of a pretend grunge band called Gruntruck) with some of his possessions to offload. These included a Swatch phone, a video game called Kingman and a pair of skis, with the quote: "He owed us rent and said he would get the box when he came back and gave us money but he never came back, then when he was famous he never really talked to any of us again."

The reaction was quick and feverish, with fans rushing to grab some unheard of Nirvana memorabilia. In a since-deleted interview with the music site Revolt, Derek was asked if, seriously, anyone really wanted Kurt's skis, to which he replied, "THEY WANT THEM BAD. They also want that video game. I've gotten a lot of replies from 'serious collectors' and people who will pay for shipping. Have you ever shipped skis? That sounds like it would be really difficult. Not too many people wrote about the Swatch phone, which was surprising."

3. Radiohead have a song about ketchup 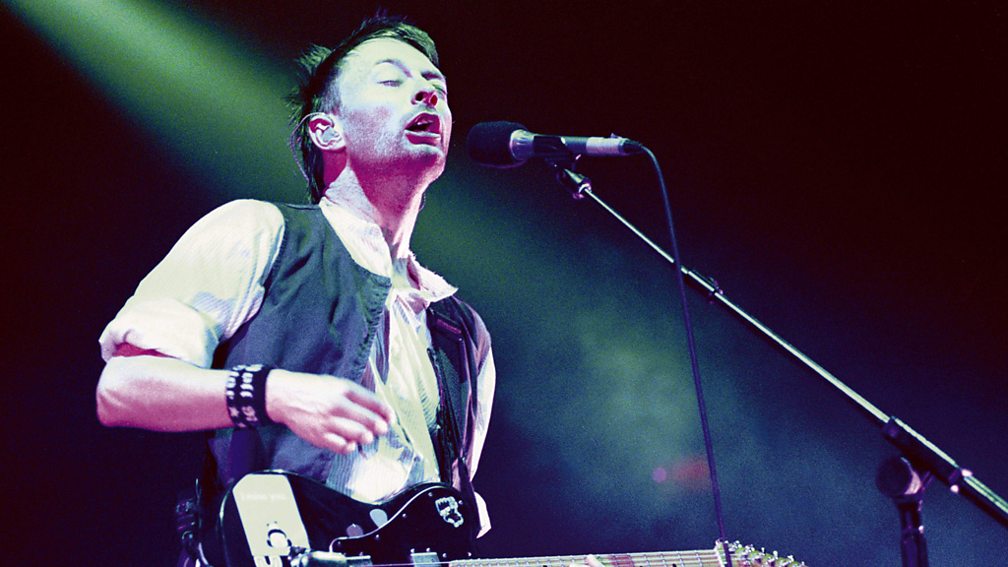 Radiohead's working method is often to sit on songs until they've found the right way to perform them, which can mean that some can be overlooked or simply left behind. So it's not really that big of a surprise for fans to uncover a 'lost' song of this sort and post it online. And indeed, that's what happened, in a music forum. The song, uploaded and shared with feverish intensity, was supposedly entitled Putting Ketchup in the Fridge and sounds exactly like an outtake from The Bends, with Thom Yorke's quavery voice in full effect.

The only problem is, it's not Thom Yorke's voice, but that of a Toronto singer-songwriter called Christopher Stopa. And the song is actually called Sit Still. It was released in 2001 to very little fanfare.

Speaking to The Vancouver Observer, Christopher said: "I tried to push that song for 10 years, but if people are listening to it now, and like the song, it's an indication that I believed in it. There are lots of great songs on the internet. People who listened to my song weren't just looking for a great song, they were specifically looking for a song by Radiohead."

4. Drake and Rihanna are making an album

[LISTEN] Radio 1 Breakfast Show: is this the end of Drake and Rihanna?

Although this may seem to be the most feasible of the stories listed here, the rumour that Drake and Rihanna were creating something together has a backstory that is just as plausible, and therefore just as suspect.

In August 2016, fans were delighted to discover that a website had been registered with the URL drakeandrihanna.com, and a countdown clock. Surprise album releases being what they are, this did not seem beyond the realms of possibility, but TMZ discovered that the site was actually set up by web celeb Joanne the Scammer (played by Branden Miller). It was an act of revenge, after Joanne had been turned down for a selfie with Drake at the VMA awards. Branden created the site as a prank, then when fans started to take it seriously, he issued a video explaining that it wasn't real, and why he did it.

Marshall Mathers has been the subject of two internet news hoaxes that claim that he has died in violent circumstances. The first is that he died in a car crash in the early 2000s and has been replaced by a near-identical replica - a yarn that has taken on similar characteristics to the conspiracy theory that Paul McCartney died in 1966, and will probably keep on popping up from time to time, whenever the (possibly not) real Slim Shady has a record out.

But in 2013, a Facebook post was widely shared, with a grisly photo that purported to show him being attacked by a man with a knife. The link in the post then opened up a series of spam windows, but diligent journalists did check that all was well before exposing the hoax. A representative from the Eminem camp told E! News: "He remains unstabbed."

6. Cher is alive and well

Kim Kardashian West: "Did I juist hear Cher has passed away? Is this real? OMG"

Twitter is very good at spreading breaking news and sharing emotional reactions, so the death of a beloved pop star is one of those moments in which the social media site is the perfect place to be. However, it's always a good idea to be sure of your facts before rushing to put fingertip to screen, as Kim Kardashian West found out in 2012.

A tweet claiming to have re-tweeted a headline from CNN announced that Cher had died, and before long "RIP Cher" had become a worldwide trending topic, with news organisations scrambling to ascertain if this was true or not. Caught up in the moment, Kim tweeted "Did I juist hear Cher has passed away? Is this real? OMG," and then: "I hope this is a Twitter joke and not true. I don't see it on the news anywhere. I'm praying it's not true…"

It wasn't true, and she later tweeted: "Can't believe people would make up a sick joke like Cher died. These people need to get a life! Thanks Twitter for clearing that up."

7. Justin Bieber is moving to Texas

In July 2016, a report on a website called Kypo 6 flew across social media, claiming that Justin Bieber had told reporters that he was leaving Los Angeles and moving out to San Marcos, Texas. It quoted him as saying: "I'm just tired of the LA lifestyle and I feel like, at this point in my life, I'd rather just live in a place full of real, genuine people."

Howerver, it was very similar to a story on a site called The Clancy Report, suggesting that Justin had fallen in love with Roanoke, a city in North Texas. And some digging by Texan local news site Chron reveals that this exact quote has also been attributed to Justin Timberlake, Eminem and Nicolas Cage, to illustrate false news stories about Hollywood stars moving to less celebrated locations, such as El Paso, Bethlehem, Pennsylvania and Naperville, Illinois.

The most recent fake music news story to be passed around as truth concerned Lars Ulrich, motormouth drummer in Metallica. On Easter Sunday a story was posted on the metal news website The Metal Den claiming that Lars had announced his retirement from music, effective immediately, just as the band were about to head out on a world tour.

He was quoted as saying, "As we get older, there are phases of life that we enter into, and being a musician just isn't fun anymore," and suggested he'd be devoting his attention to other fields of creative endeavour. However, while several news outlets ran the story, it wasn't true, as was later confirmed by Metallica's management, to the site MetalTalk.

The Britpop band Menswe@r never sold a great many records, but they were very heavily featured in the music press of the time and their presence at the party cast a long shadow. So when their former guitarist Chris Gentry posted a picture of himself holding a platinum disc on Twitter claiming that their debut album Nuisance had finally sold more that 300,000 copies, there was an air of surprise, but not total shock.

However, it turned out that all he had done is buy the disc on eBay and then insert the band's artwork. BBC 6 Music presenter and former Menswe@r drummer Matt Everitt told NME: "My annual royalty cheques (approximately £83) would suggest something is amiss here. However, I'm currently expecting our long-delayed Led Zeppelin style reunion at the O2 and 15 CD/DVD/Blu-ray boxset retrospective of our lengthy and critically acclaimed career to become a reality, just in time for Christmas."

The satirical news site Holy Moly ran a story that the band's singer Johnny Dean had been so taken in that he immediately started contacting his representatives to find out where his share of the money had gone. Chris Gentry has since deleted his Twitter account.

10. Elton John had a phone call from Vladimir Putin

In 2015, a Russian phone prankster named Vladimir Krasnov, or "Vovan", rang Elton John claiming to be President Putin and wishing to discuss gay rights. Sir Elton, a critic of the Russian premier's "isolating and prejudiced" views, took the call and had what he felt was a decent stab at an opening debate on a subject close to his heart. Sadly, it was all a hoax, with parts of the recorded conversation ending up on Russian state TV.

Krasnov told BBC News: "It turned out that Elton John was really expecting that call, so he really believed he was talking to the people we said we were. He said, 'Thank you, you have made my day. This day and this conversation were the most wonderful of my life.'"

Had things been left at that, this would just be an audacious prank played on a pop star. But then something unexpected happened - the fake news became real. Both Elton John and Russian government sources have confirmed that an actual phone call took place shortly afterwards, with Elton telling the Today Programme: "[Putin] was very affable, he was very apologetic, he was very sincere. As soon as I can get a date in my diary that coincides with him, then I will be going... to Moscow and I will meet him."