7 acclaimed albums that no one listens to anymore

Nobody's infallible - and, as we confirmed last year, that includes critics, who've often hailed a new band as the next big thing, only to witness that group fizzle out, or dismissed a mediocre album, which then become a much-loved classic.

And sometimes, we all just get a little bit… carried away. Here are seven albums which were hailed as staggering works of genius at the time of their release, but - often unfairly, and through no fault of their own - have since slipped through the cracks... 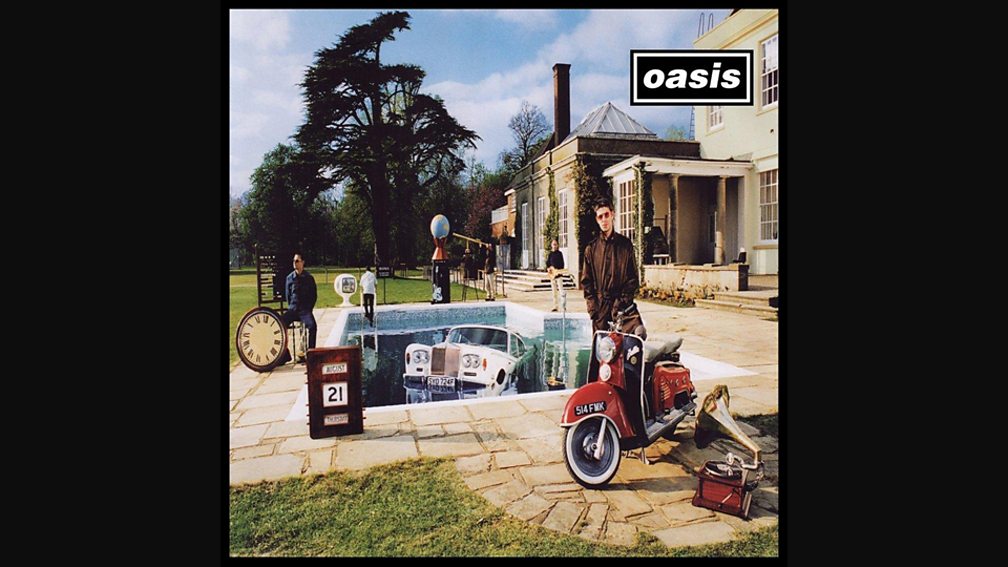 Then: "I subscribe to the Umberto Eco view that Noel Gallagher's a poet and Liam's a town crier," a fresh-faced, pre-Libertines Pete Doherty told an MTV reporter in 1997. He was just one of the many fans queuing to pick up a copy of Oasis's third album, Be Here Now, the release of which felt less like a standard album release and more like an epochal cultural event, especially when it shifted nearly 700,000 copies in its first week on shop shelves. Oasis were still high from the euphoria of their huge sold-out shows at Knebworth the year before, and weren't shy about talking up their new record. But neither were the music press, who lavished it with positive write-ups. NME gave it a more positive review than the one they bestowed upon its predecessor, (What's The Story) Morning Glory, while Q gave it the full five-star treatment.

What changed: Despite its huge first-week sales, Be Here Now soon came to represent a nadir for Oasis: a blustery symbol of self-indulgent excess. "It's the sound of a bunch of guys on coke," its chief creator, Noel Gallagher, declared years later. Some have subsequently explained the initial positive reviews as a way of making amends for the more lukewarm appraisals of Morning Glory. Taylor Parkes, who reviewed the album for Melody Maker, told the Guardian that his original copy had several of its more barbed criticisms taken out by an editor. "The unspoken thing was that Melody Maker had given the last album a tepid review and it was going to make damn sure that didn't happen again," he said. 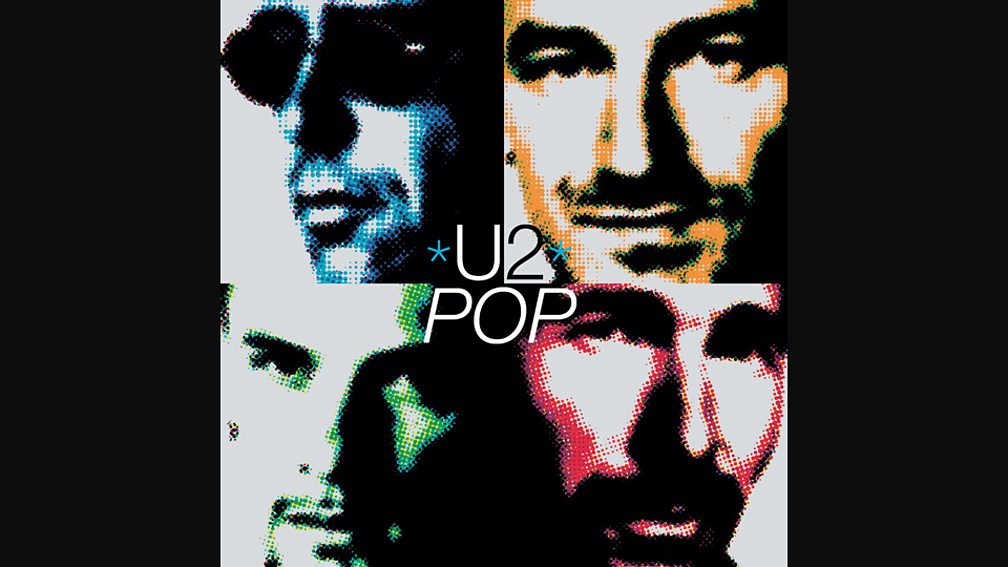 Then: U2 had proved their willingness to reinvent themselves with 1991's volte-face Achtung Baby, swapping earnest anthems for slinkier, European-flavoured art-rock, and were still experimenting on their ninth album, 1997's Pop. They dabbled with techno, electronica, dance music and sampling, but the creative process became fraught when they allowed manager Paul McGuinness to book a new tour before they'd finished the LP. To say they struggled to meet the deadline would be an understatement: the schedule was so tight that last-minute changes were still being made while it was being mastered. "It is such boldness that has enabled U2 to remain at the creative forefront of pop music for more than a decade," declared Spin, while Rolling Stone claimed: "They've defied the odds and made some of the greatest music of their lives."

What changed: The following brief reappraisal from Spin suggests that 1997's brave experiment was 2013's clumsy folly: "They equated electronic music with irony and the dance floor with superficiality." The band themselves, meanwhile, have remained steadfast in their belief that those pesky deadlines robbed them of a better album. They re-recorded versions of some of its tracks for singles and compilation versions and, in 2005, Bono told the Chicago Tribune he harboured ambitions to redo the whole thing again. "There’s talk about the band going back in and fixing it, because the bones of a great album are there … If we’d just had another month, we could have finished it." 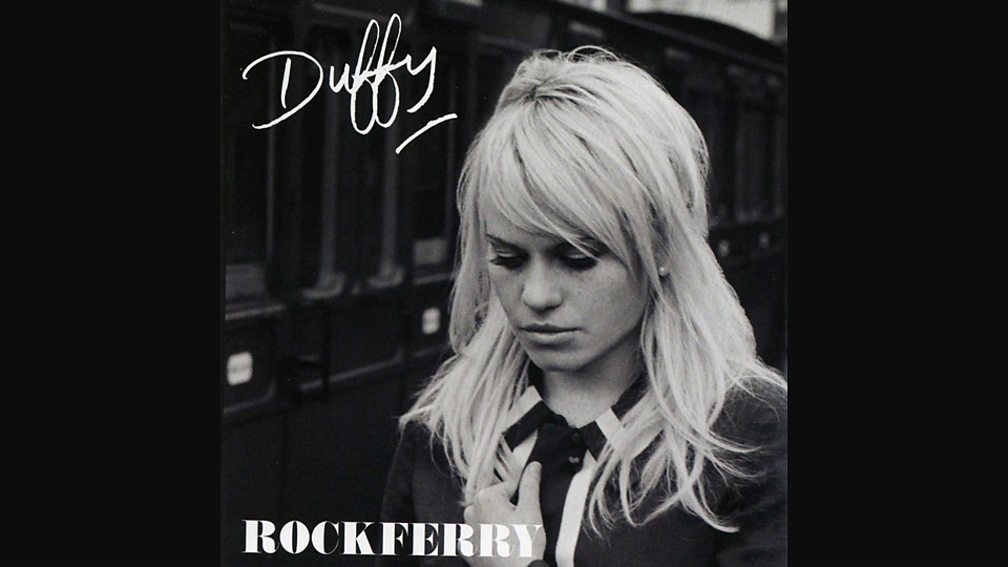 Then: Signing Welsh singer Duffy seemed like a no-brainer for record label A&M in 2007, given that she shared Amy Winehouse's retro-soul influences without the same self-destructive controversies. Her debut album, released just two years after Winehouse's hugely successful Back to Black, went on to pull in similarly impressive numbers and accolades. In the UK alone, it sold 2.1 million copies; it also won Duffy three Brit Awards and a Grammy. "Rockferry is a fantastic album of burning blue soul," declared the Observer in a 5/5 review, as people prepared to anoint her as the new Dusty Springfield.

What changed: The success of Rockferry became something of a curse for Duffy, with some quick to dismiss her as a Winehouse copycat. "I think she's got an amazing voice but essentially she's been trained to sound and be like that," said Alison Goldfrapp; "It's like they've gone, 'Amy Winehouse, she's got a black beehive, we'll do a blonde one,'" agreed Noel Gallagher. By the time she released her 2010 follow-up, Endlessly, the bloom was off the rose: its lead single failed to make the Top 40, its reviews and sales figures were notably less enthusiastic than Rockferry's, and she soon announced she was taking a musical hiatus to focus on acting.

BBC Music - What happened to the one-hit wonders of the noughties? 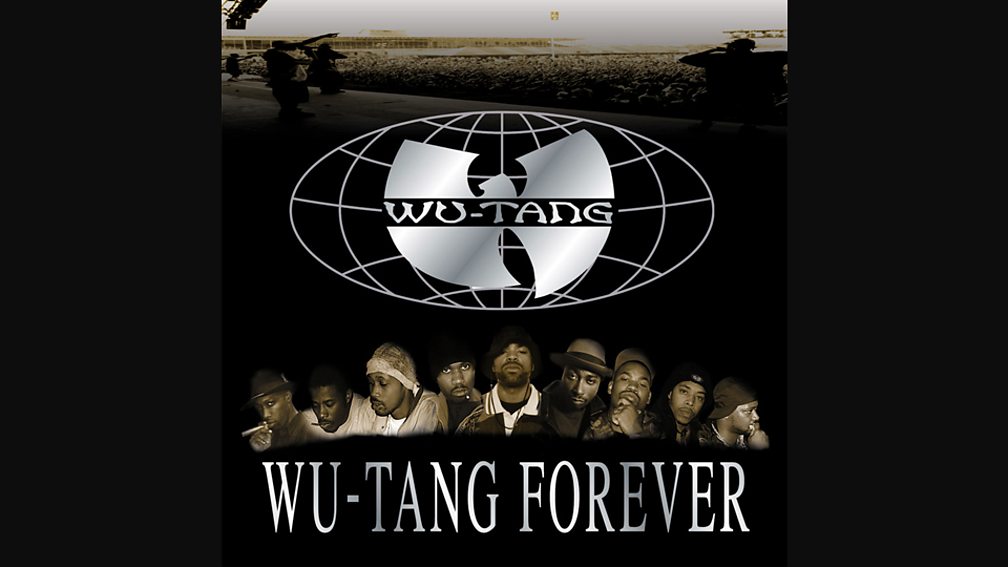 Then: A year after Dr. Dre rewrote the blueprint for West Coast rap with 1992's The Chronic, Wu-Tang Clan did the same for New York hip hop with their still-revered debut, Enter the Wu-Tang (36 Chambers). Adored for RZA's gritty, atmospheric production and the huge cast of talented MCs who rhymed over his beats, it became an overnight classic. Follow-up Wu-Tang Forever, released four years later in 1997, was no less ambitious: a double album with a running time of 1 hour and 48 minutes (and a lengthy, six-minute lead single, Triumph, that didn't even have a chorus). It won a Grammy the following year, to add to the initial excitement its release provoked.

What changed: "Reunited, double LP, word excited!" ran the opening lines of Wu-Tang Forever's first song proper, Reunited. But it's a hardy soul who isn't slightly intimidated by the prospect of a two-disc album that's nearly two-hours long, and sprawling records split over separate CDs rarely stay either on rotation or in your memory for too long, no matter how strong the highlights. It was an exhausting album, as GZA seemed to realise on As High as Wu-Tang Get: "Yo, too many songs... Make it brief, son, half short and twice strong." Also, Wu fatigue wasn't helped by the (admittedly fine) run of solo albums that members released in the years leading up to Wu-Tang Forever. In the four years between 36 Chambers and its follow-up, there'd been Method Man's Tical, Raekwon's Only Built 4 Cuban Linx, GZA's Liquid Swords and Ghostface Killah's Ironman. 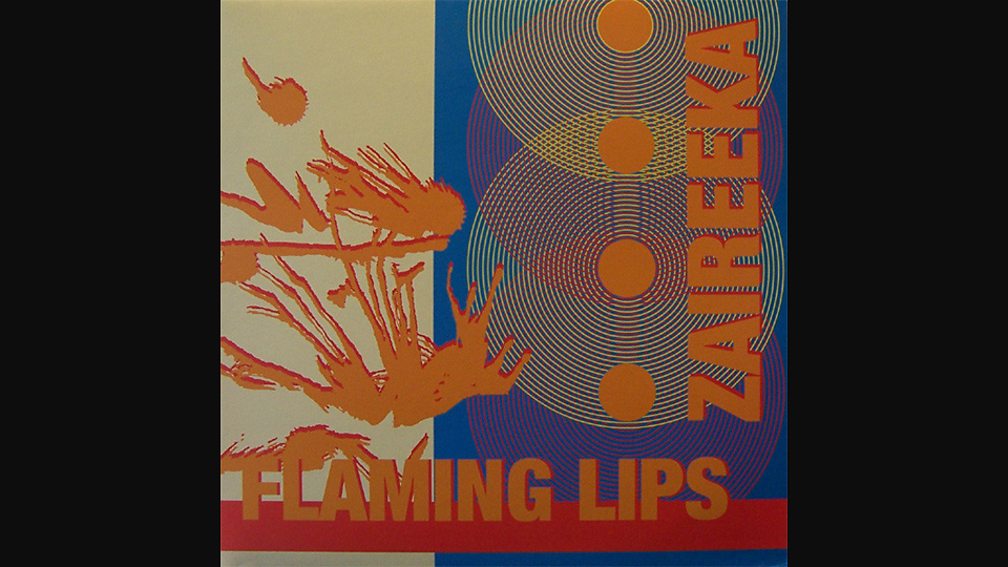 Then: The Flaming Lips are responsible for some of music's weirdest, most wonderful experiments, but few of them are as strange as 1997's Zaireeka: an album split across four CDs that could all be played individually, but would produce one glorious, always-different harmonic sound when played simultaneously on multiple CD players. For those already attuned to the Oklahoman band's creative, oddball tendencies, it was an affirmation of their revolutionary brilliance. "A work of genius," declared NME in its 10/10 review, although others were less impressed with the four-player concept. "Do I wanna buy three more CD players with which to enjoy Zaireeka or, say, eat?” sniped Pitchfork in its 0.0/10 takedown.

What changed: The concept, rather than the music, seems like a relic of the past. The CD was once the king of the music industry, but now looks decidedly tired in a world of MP3s, downloads and streams. (CD sales dropped 12% last year, and the income they generated was surpassed by digital music revenues for the first time time in 2014.) In that context, rapid technological shifts have rendered Zaireeka's bold ambitions slightly old-hat - the equivalent of a game-changing, convention-challenging film on BetaMax - but it still heralded the start of one of the band's richest creative periods: their next two albums, 1999's The Soft Bulletin and 2002's Yoshimi Battles the Pink Robots, are probably their most critically adored. Amusingly, Zaireeka was reissued on vinyl for Record Store Day 2013, for anyone with four record decks.

BBC Music - Highlights of The Flaming Lips' set at Glastonbury 2017

The Strokes - Room on Fire 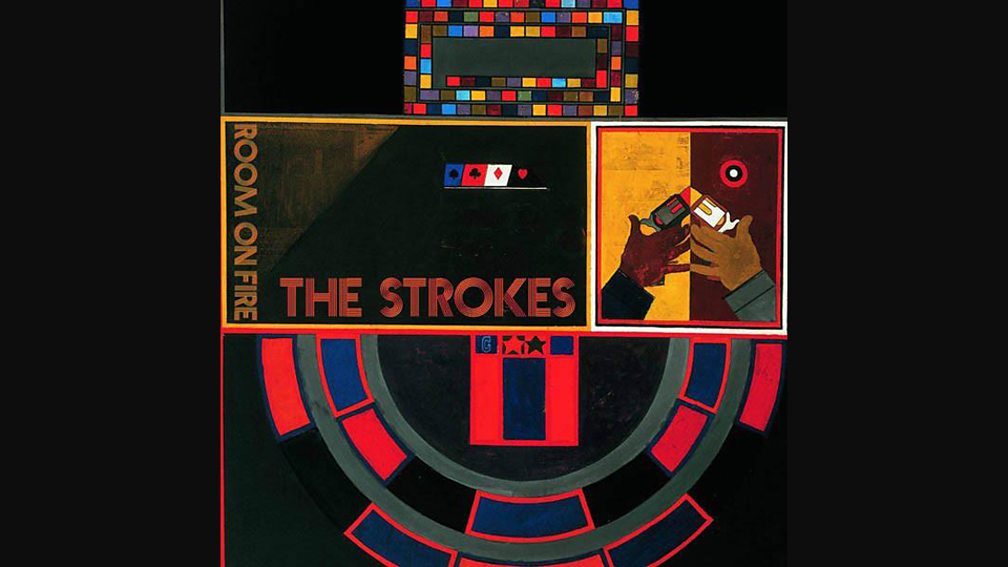 Then: The Strokes were hailed as saviours of rock 'n' roll when they released their debut album, Is This It, in 2001, with the UK music press falling hard for their raffish New York cool and retro garage-rock sound. They initially tried changing things up for their second album and started working with Radiohead producer Nigel Godrich, but those sessions were abruptly scrapped, with Is This It engineer Gordon Raphael invited back instead. Sticking to the tried-and-tested formula appeased nearly everyone who initially heard it, with most reviewers handing it 4 or 5-star reviews.

What changed: The initial wave of relief that The Strokes hadn't squandered all their potential by doing something risky would, in the years to come, be replaced by a nagging frustration that they'd perhaps played it too safe. As the BBC's review suggested at the time, fans were unlikely to turn their noses up at "Is This It part two", but "more of the same plus extras" isn't everyone's idea of a timeless masterpiece. 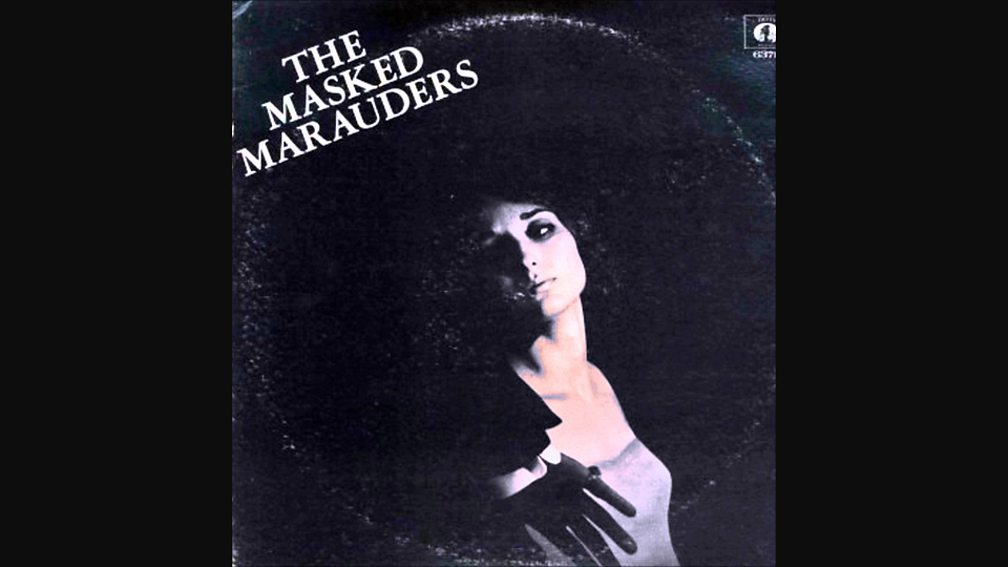 Then: Arguably the greatest, most star-heavy supergroup ever assembled, The Masked Marauders combined the musical talents of Mick Jagger, Bob Dylan, John Lennon and Paul McCartney, among others. Their self-titled debut received such a rapturous review in Rolling Stone that it seemed destined to be an all-time great album. "It can truly be said that this album is more than a way of life," wrote T. M. Christian. "It is life."

What happened: Alas, the whole thing was a hoax concocted by Rolling Stone writer Greil Marcus (his pseudonym was a reference to the novel The Magic Christian, by Terry Southern), and his review a spoof to send up the bevy of supergroups - like Crosby, Stills & Nash - who were popular at the time. Despite its wry jokes and exaggerations, people began to contact the magazine asking where they could get a copy, which inspired the editors to pay the Cleanliness and Godliness Skiffle Band to record a clutch of songs while posing as The Masked Marauders. A full album was eventually released on Warners, and although the joke was eventually rumbled, it still sold over 100,000 copies.