Are these the most psychedelic pieces of classical music?

Psychedelic music is a sub-genre of rock from the 1960s, but if we're defining it in a wider sense - spacey sounds, a trippy feel, sometimes including Eastern influences and instruments - then there's plenty from previous decades, and centuries, that fits the bill.

Also, classical music was a huge influence on psychedelic rock. In BBC Four's Psychedelic Britannia Jim McCarty from The Yardbirds says: "We used to listen to classical music - Stravinsky, all sorts of stuff," and Procol Harum say their enduring pysch classic A Whiter Shade of Pale was partly inspired by Bach's Air on the G String.

What are the most psychedelic pieces of classical music? There's a lot to choose from, and we'll ease you in gently with an atmospheric piano work by the French composer Claude Debussy, who died 100 years ago on 25 March. 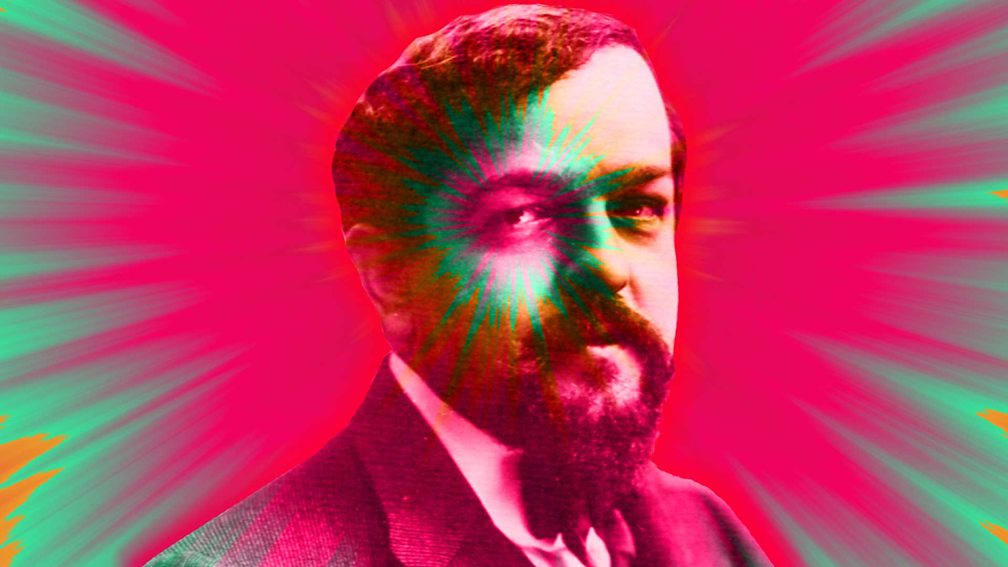 In a series of revolutionary pieces, Debussy created a new feel for classical musical that seemed to free it from the strictures of its (mostly Germanic) past. His breakthrough work was 1894's Prélude à l'après-midi d'un faune (Prelude to the Afternoon of a Faun), which coupled Asiatic moods with the materials of Western romantic music (minor chords, suspensions, romantic harmonic language) to create something that sounded free-flowing, kaleidoscope, and more akin, as Alex Ross says in his book The Rest is Noise, "to Indian ragas than to Wagner or Strauss".

In 1889, Debussy had attended the Exposition Universelle in Paris and heard Indonesian gamelan music for the first time. It had a profound effect on him and he sought ways to incorporate its otherworldly percussive sound into his own compositions, just like The Beatles introduced Indian music to theirs in the mid-60s. To do so, Debussy made use of the pentatonic scale (the five notes that are common to all the world’s musical systems - found, most easily, by playing just the black notes on a keyboard) and he also, as Howard Goodall explains in The Story of Music, "allowed his chords to hang over each other, overlapping and ricocheting from one to the next, rather in the way the different tones of bell-ringing overlap one another." The results, best exemplified by two short piano pieces - 1903's Pagodes (Pagodas) and Voiles (Sails) from 1909 - were stunning, and more than a little psychedelic in feel.

"Debussy's awestruck introduction to Javanese tonality was identical to the rapture experienced by Roger McGuinn, David Crosby, George Harrison and many others when they first heard the music of Ravi Shankar," writes Rob Chapman in Psychedelia and Other Colours. "Javanese music 'made our tonic and dominant seem like ghosts', claimed Debussy. In his piano writing he began using the sustain pedal in the same way musicians later utilised the fuzz pedal, blurring melody lines in order to create what Mervyn Cooke called 'a resonant wash of sound'." 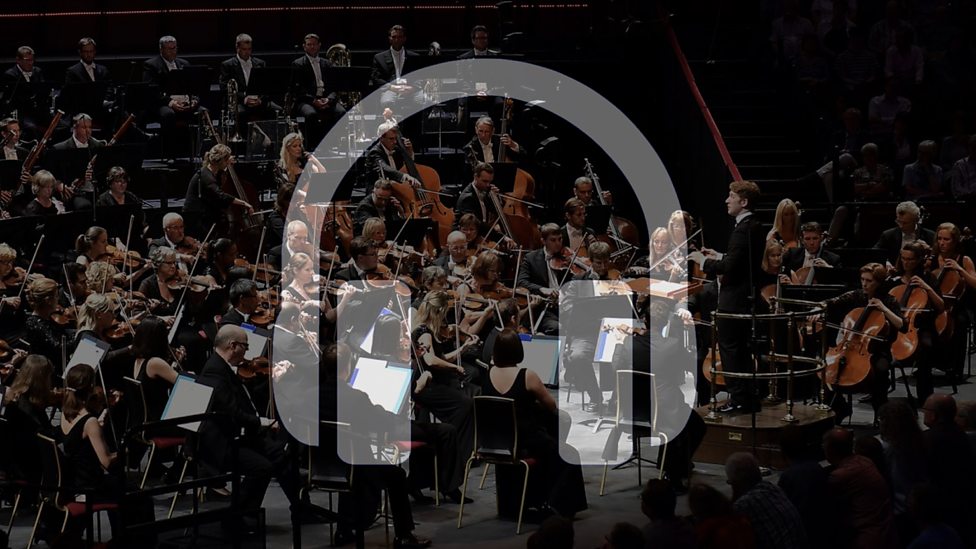 In the 1960s, it certainly became voguish to identify some seeds of psychedelia in French classical music, and that was sometimes done as a means of trying to engage young people in music that may they have assumed was stuffy, or unconnected to the wild sounds they were hearing in the charts at the time. In 1969, the American conductor, composer and music teacher Leonard Bernstein presented a talk called Berlioz Takes a Trip as part of his orchestra's long-running Young People's Concerts series. He played a section of the last movement of Symphonie fantastique and said: "Pretty spooky stuff. And it's spooky because those sounds you're hearing come from the first psychedelic symphony in history - the first musical description ever made of a trip, written 130 years before The Beatles, way back in 1830 by the brilliant French composer Hector Berlioz."

The piece tells the story (in music) of a lovesick artist in despair, who has poisoned himself with opium. It's possibly autobiographical and it's thought Berlioz may have written the piece under the influence. Accordingly, Bernstein warned his audience: "Berlioz tells it like it is. You take a trip, you wind up screaming at your own funeral."

Above, the music critic Paul Morley explains how his appetite for music as a teenager in 1970s England became "an irresistible compulsion to find newer, more intoxicating thrills". It led him to classical music and, in particular, Gustav Holst's famous suite of pieces about each of the known planets in the solar system, written between 1914 and 1916. He noticed how LP versions of the work were "always given cosmic, starry album covers that seemed connected to science fiction and disguised the crusty Victorian Gustav Christian name", and how the opening suite, Mars, the Bringer of War, had been used in TV and film to soundtrack coming threat, often from space.

A kind of proto-concept album that became hugely influential on prog rock groups in the 1970s, Morley - a punk fan - was suspicious of The Planets at first, then fell in love with it. It still feels spectacularly modern, spatial and psychedelic, especially its final, seventh movement, Neptune, the Mystic.

Classical music is frequently plundered for use in film, and perhaps it's never been programmed more effectively than in Stanley Kubrick's 2001: A Space Odyssey. The 1968 science fiction epic was made at the height of psychedelia and uses some particularly cosmic works, including, most famously, Richard Strauss's Also sprach Zarathustra from 1896.

For our money, though, the most out-there music on the soundtrack was a then-contemporary piece - György Ligeti's Lux Aeterna from 1966, which uses a compositional technique called micropolyphony. Ligetti described it as: "The complex polyphony of the individual parts, embodied in a harmonic-musical flow in which the harmonies do not change suddenly, but merge into one another; one clearly discernible interval combination is gradually blurred, and from this cloudiness it is possible to discern a new interval combination taking shape."

The effect is extraordinary, as you'll know if you shut off the lights, lie on the floor and zone out to Lux Aeterna in full.

It wasn't just French composers like Debussy who smashed through the traditions of Germanic classical music as the 20th century dawned. Russian composers Modest Mussorgsky and Alexander Scriabin were equally pioneering, paving the way for the likes of Igor Stravinsky to cause a ruckus (or maybe not) with his famously brutal 1913 ballet The Rite of Spring.

In the above Radio 3 profile of Scriabin, presenter William Mival says, "Every so often, musical history throws up an individual who just doesn't seem to want to play the same game as everyone else - they're outsiders and usually either innovators, or just plain eccentrics, and in rare cases a bit of both." Scriabin, who was born in 1872 and died in 1915, was both. "By the end of his life," Mival adds, "Scriabin's music was getting very weird indeed," and none more than with his 1908's Poem of Ecstasy, about which Bernard Jacobson said: "The form depends... on the constant interpenetration and cross-fertilisation of a multiplicity of tiny thematic units, most of them so sinuously chromatic as to subvert tonal feeling almost entirely beneath the vertiginous onslaught of shifting harmonic colours."

'Colour' is a key word. Scriabin had begun to think of music as colours, and Poem of Ecstasy feels almost like a painting - prismatic, dazzling and highly transportive.

If you watched the recent BBC Four two-parter Tones, Drones and Arpeggios: The Magic of Minimalism, you'll know that, although minimalism is considered to be the last great revolution in classical music, it relied on ancient musical traditions to achieve its hypnotic, psychedelic feel - particularly drones, raga and repetition.

There are many pieces categorised as minimalism that we could picked for this list - from Terry Riley's In C to Philip Glass's Music in 12 Parts - but we've opted for Steve Reich's landmark Drumming because it best proves that great composers can achieve mesmerising, transcendental effects with the simplest of tools (just drums in this instance). As you can see from the above video of the Portland Percussion Group playing the piece in 2012, Drumming, from 1970-1971, uses Reich's trademark technique of phasing - when a repetitive phrase is played in steady but not identical tempi - which helps the music to somehow get under your skin, and into your mind, possibly sending you into a glorious trance.