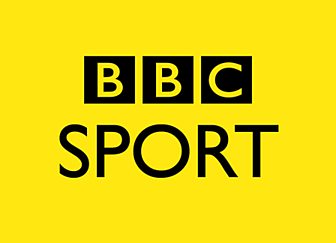 Thanks to a rule change, figure skaters at this year's Winter Olympics have been allowed to dance to music with vocals for the first time (previously it was an honour only given to the ice dancers). And so, gone are the days where the only music you'd hear would be syrupy classical pieces grabbed from Andrew Lloyd Webber musicals; competitors can now have Bob Dylan wailing along to their every jump if they want to.

Most, however, seem to have chosen the rock equivalent of a syrupy classical piece (hello, Coldplay), but some have pushed the boat out. Here's the best, worst and oddest music that's been played so far... 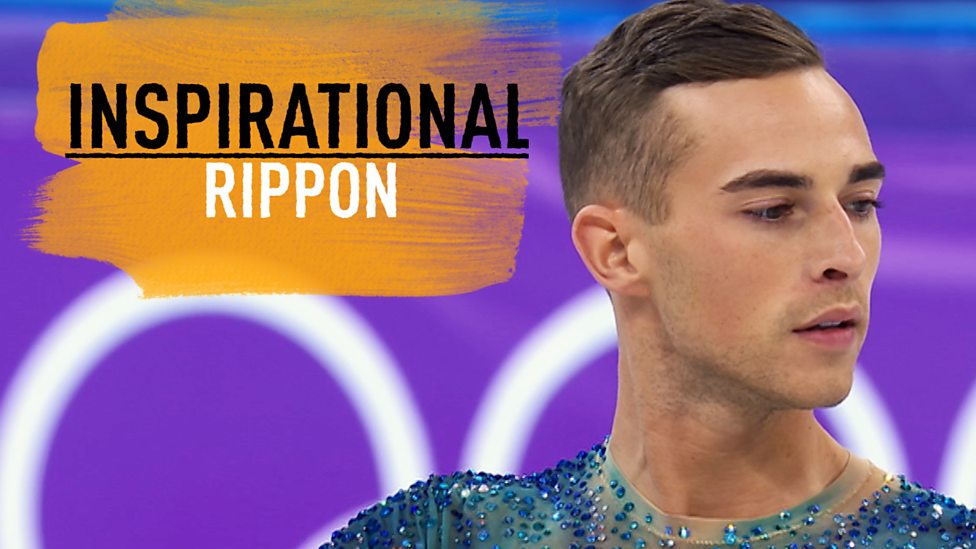 Adam Rippon is, rightfully, one of the stars of this year's figure skating, being both very talented and very funny. He's been regularly giving quotes like this in interviews: "I was asked what it's like to be a gay athlete. It's exactly like being a straight athlete, but usually done with better eyebrows."

But he's also a star for bringing perhaps the most banging choice of music to the Olympics, and at one point danced to the Fedde le Grand remix of Ida Corr's Let Me Think About It. We're sure the judges enjoyed watching him dance to a woman breathily singing, "Touch me, feel me." 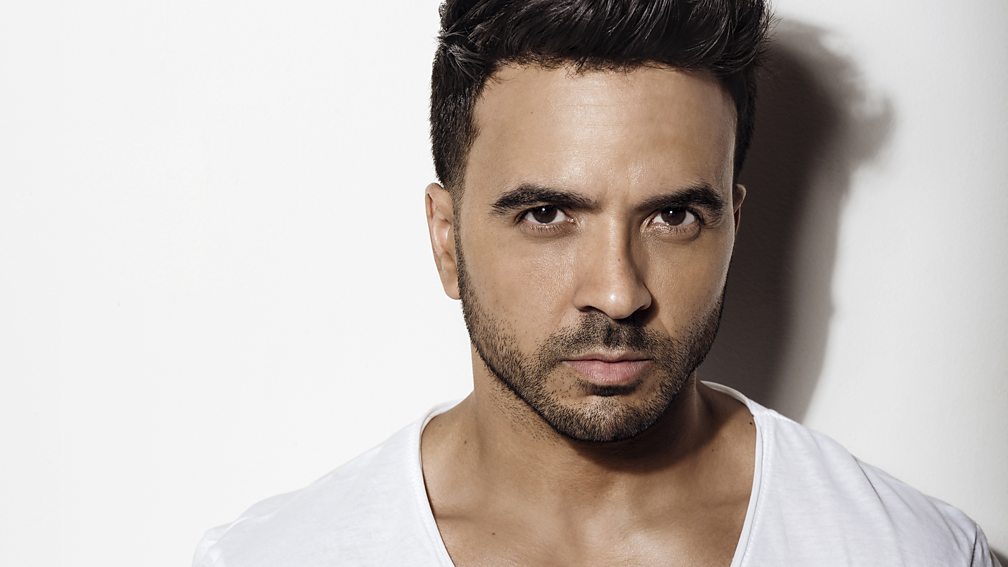 Imagine the embarrassment of arriving at the Olympics having spent years preparing your routine only to find out that everyone else has picked the same music as you. That happened to three pairs last weekend - ones from South Korean, China and Poland - who all danced to Despacito, almost directly after each other.

To be fair to them, the rules of the short programme say the skaters music must include a "Latin rhythm" in their music. Was there a bigger Latin pop hit last year? The Chinese pair also greatly pleased the YouTube star Madilyn Bailey, whose Despacito cover they used. She tweeted: "MOM I MADE IT TO THE OLYMPICS! Have y’all seen the Chinese Olympic team skating to my version of Despacito."

However, some viewers who sat through all three efforts were less enthused: 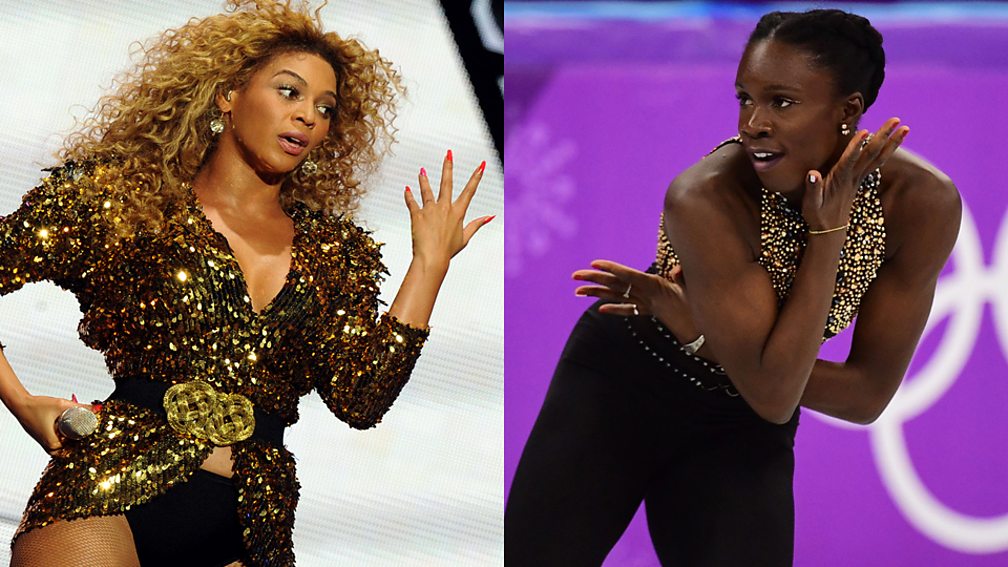 Snowboarders may think of themselves as the coolest people at the Olympics. But they're wrong. The coolest person is actually Maé-Bérénice Méité, a 23-year-old French figure skater, who danced to Beyoncé in the team event - first Halo, then Run the World (Girls).

Beyoncé's music "is crazy, wild and fun", Méité told Cosmopolitan magazine. "And that's how I am." 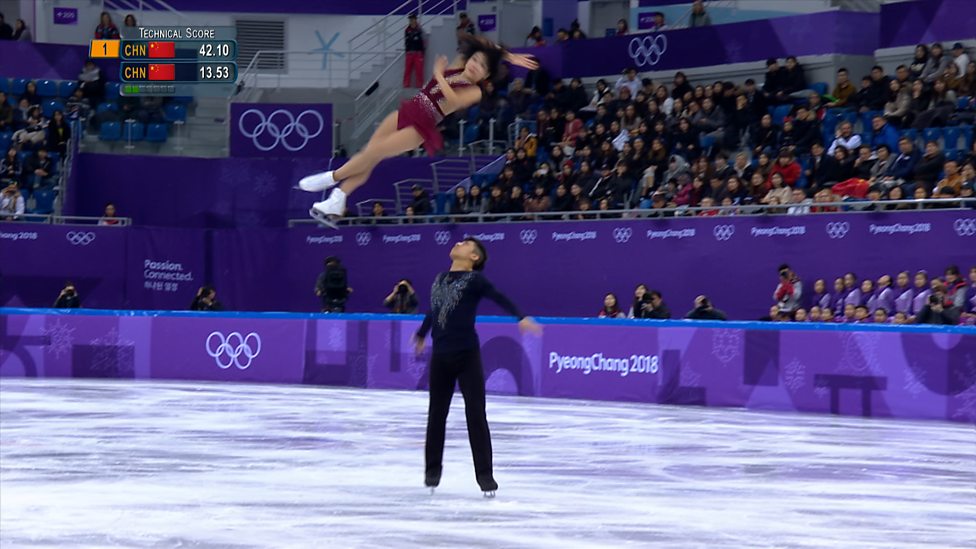 PyeongChang 2018 was Canadian Patrick Chan's final Olympics, which may explain his music choices: he seems to have decided to simply use the music that means the most to him. He first skated to Kansas's stoner rock classic Dust in the Wind, telling an interviewer that its lyrics resonated with the idea that "the Olympics is a bit of a fleeting moment", and then he later nailed his routine to Jeff Buckley's version of Hallelujah.

Hallelujah made another appearance as well. Chinese competitors Sui Wenjing and Han Cong danced to k.d. lang's version. What Leonard Cohen, the song's writer, would have made of all this we can only guess. 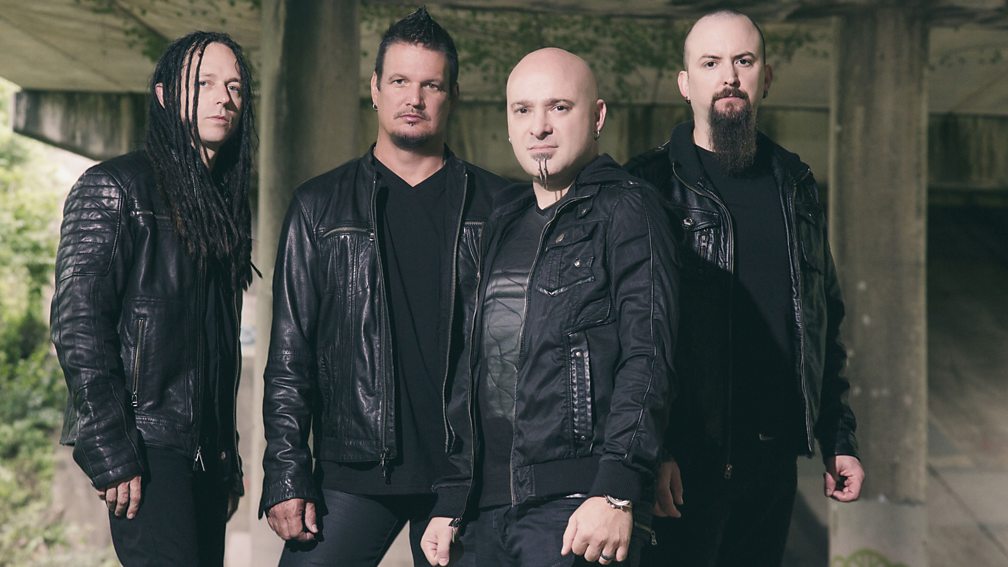 Clearly the French team have had meetings about using songs that might get them trending on Twitter. Hot on the heels of Méité, Anessa James and Morgan Cipres performed to metal band Disturbed.

"It was our coaches who found it," James told Associated Press. "They were like, 'We really think it could be a hit.' Morgan listened to it and was like, 'I don’t like it, [but] I was like, 'Morgan, let's trust them.' And we were so right to have trusted them."

Given how well it went down at the event, expect future Winter Olympics to involve some Cannibal Corpse and Megadeth. 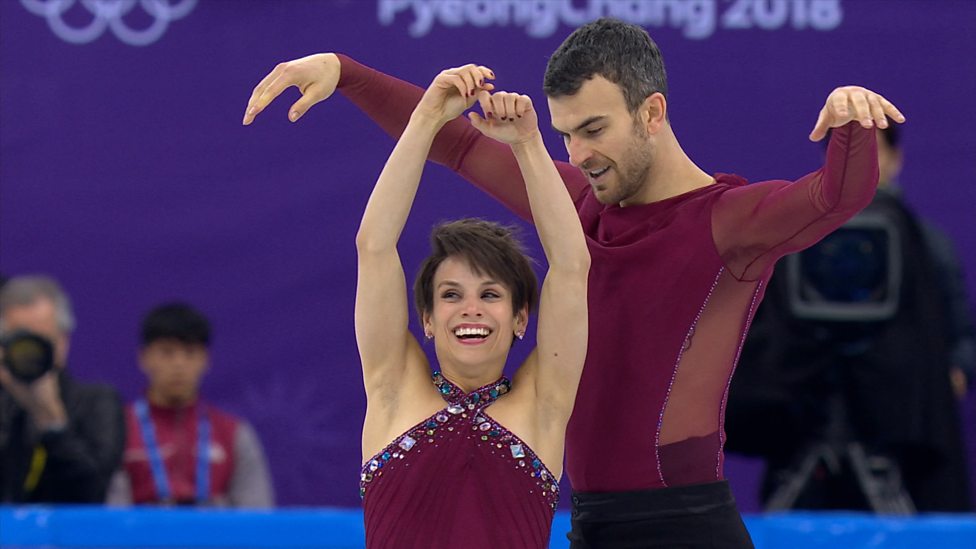 If one track showed it deserved to be at the Olympics, it was Adele's Hometown Glory. Canadian pair Meagan Duhamel and Eric Radford showed the song has the elegance, dynamics and emotion you need to turn a normal figure skating routine into a legendary one, and the pair timed their leaps perfectly to Adele's vocals. It was no surprise they helped Canada win team gold.

We could happily watch their routine again and again, as could many other people: 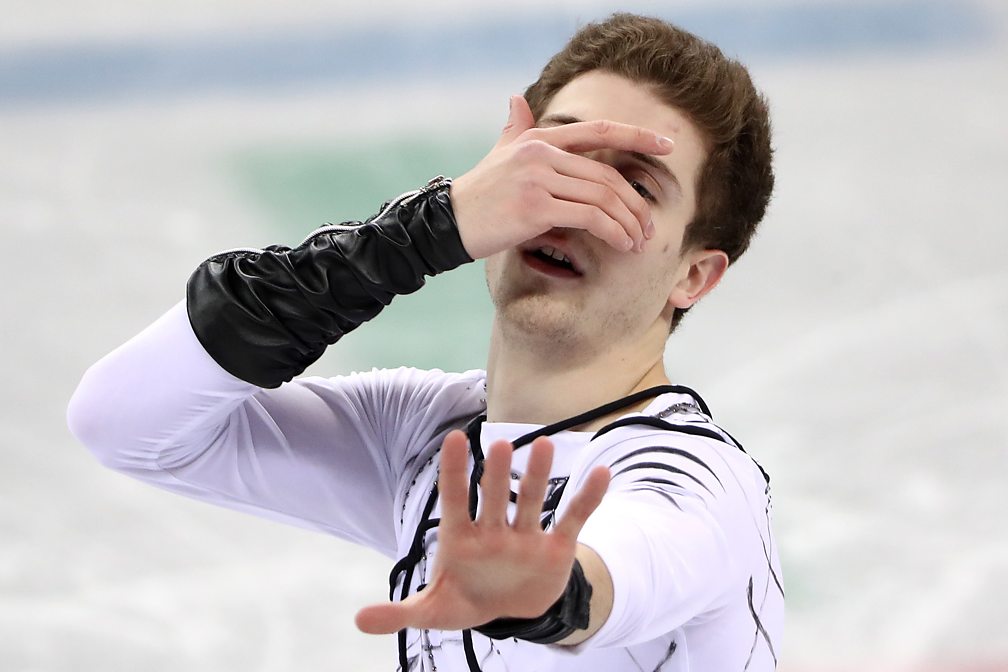 "Moris Kvitelashvili may not be a frontrunner for the podium in the men's individual figure skating competition at the PyeongChang Olympics, but he is certainly a frontrunner for most interesting use of music," suggested Elite Daily, and we can see where they're coming from. The Georgian has skated to Michael Bublé's Feeling Good and an Imagine Dragons medley including a muzak version of Radioactive, which certainly didn't impress one viewer: 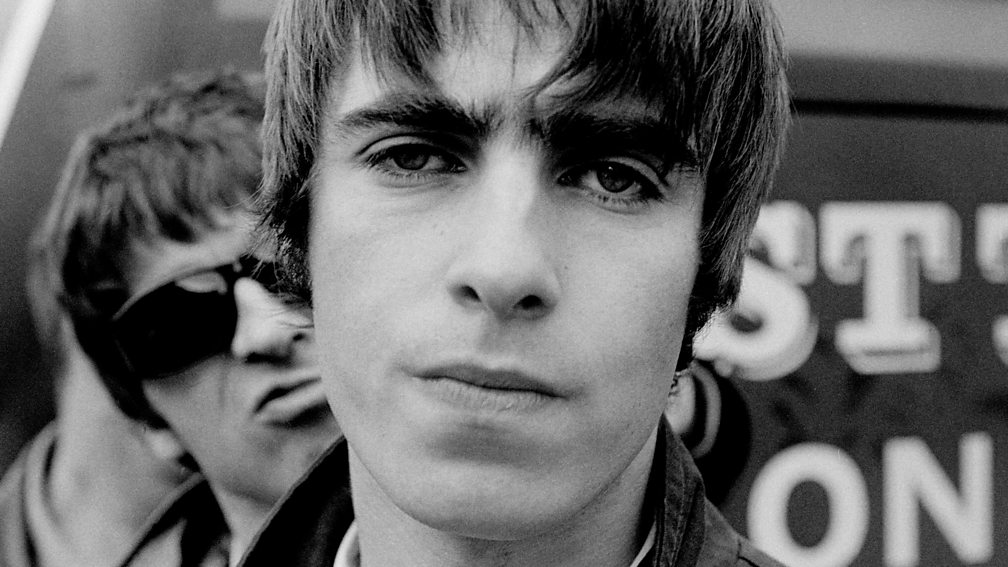 Who knew there was a big band version of Wonderwall? German skater Paul Fentz certainly did when he chose it for his music, which, er, didn't please everyone:

And there's more - much more: Fentz has since skated to the Game of Thrones' theme while dressed as a character from the series... 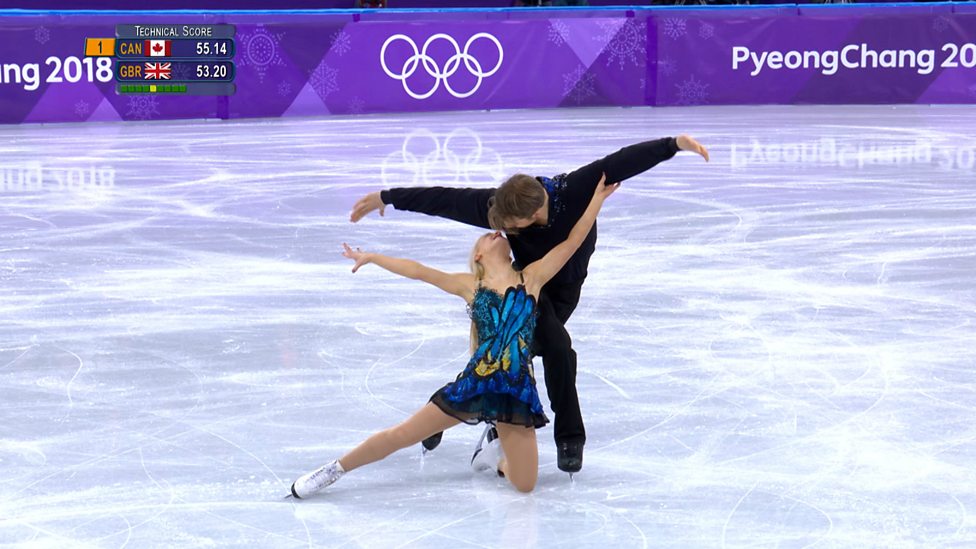 And, finally, some British competitors. Penny Coomes and Nick Buckland have good music taste, choosing to dance to Muse's Exogenesis: Symphony Part 1 (Overture) and Butterflies and Hurricanes for their free dance. They perhaps could have done with a few Muse-esque gimmicks in their routine - a spaceship landing on the ice, perhaps - as they came 11th overall, but given Coomes knee was "smashed into eight pieces" just a few years ago, the fact she was even competing was amazing enough.