Surprising BRITs winners - where are they now?

The BRIT Awards primarily tend to acknowledge the most commercially successful acts of the era, while the more niche acts or fleetingly popular hitmakers can struggle to get much of a look-in.

Nevertheless, as we scroll back through ceremonies past, the changing tides of musical fashion do throw up some interesting anomalies.

Here's a look at what became of some of the artists who nabbed a surprise statuette, never to walk the BRITs red carpet again...

Back then: Alison Clarkson, a former member of Public Enemy-approved female rap group She Rockers, broke through as Betty Boo (a nickname based on her similarity to the Max Fleischer cartoon character Betty Boop) when she supplied the vocal on Beatmasters’ Hey DJ - I Can’t Dance (To That Music You’re Playing). Her solo singles Doin The Do and Where Are You Baby crafted a peppy, Day-Glo persona, and her album Boomania got to No.3 in the charts, making her a shoo-in for Best British Newcomer in 1991.

What happened: Clarkson’s second album, GRRR! It’s Betty Boo, didn’t reach the Top 40. She stepped back from the limelight when her mother fell ill, and subsequently focused on songwriting. She co-wrote Pure And Simple for Simon Cowell’s short-lived Spice Girls rivals Girl Thing, a track that later became a huge hit when re-recorded by Popstars winners Hear’Say. She has also co-written songs for Girls Aloud (Mars Attack and Boogie Down Love), Louise, Dannii Minogue and Sophie Ellis Bextor.

In 2006, she returned as part of unlikely duo WigWam with Blur bassist Alex James. Despite critical hysteria and rumours of an album, the pair only released one track, the compulsive WigWam. Clarkson also collaborated with dance act Jack Rokka on the aggressive banger Take Off, with its very Boo-ish video. She is reportedly working on a stage musical about the life of 19th century it-girl and Nelson’s Mistress Emma Hamilton, based on the biography by historian Kate Williams. 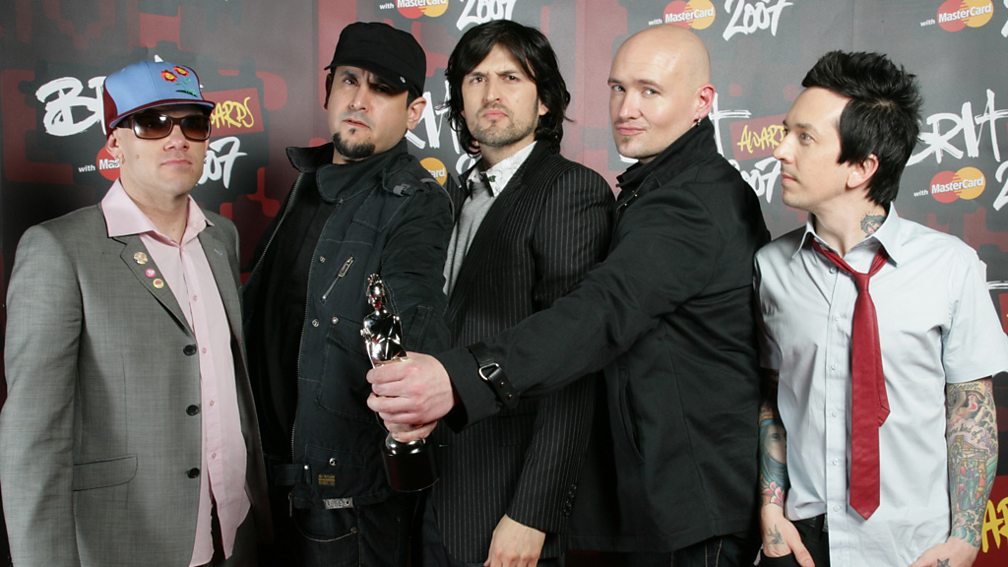 Back then: The Los Angeles power-poppers topped the UK chart with their riffing-and-whooping track No Tomorrow, fuelling the success of their album Bright Idea, which went platinum, securing Orson the Best International Breakthrough Act in 2007.

What happened: Their follow-up album Culture Vultures failed to build on the success, and the band split up shortly after. Singer Jason Pebworth and guitarist George Astasio are now successful writers and producers as The Invisible Men (alongside former Xenomania producer Jon Shave) and worked on Jessie J’s Do it Like A Dude, Charli XCX and Iggy Azalea’s Fancy, and DJ Fresh and Rita Ora’s Hot Right Now.

Back then: Glaswegian singer Saldenia Edna ‘Eddi’ Reader, a former backing vocalist for Eurythmics and Gang of Four, had already bagged a Best British Album BRIT in 1989 with her band Fairground Attraction (who had a huge hit with the jaunty Perfect). After the end of the band, and a spell acting in, among other things, the BBC comedy-drama Your Cheatin' Heart, Reader began a solo career. Her second, eponymous solo album released in 1994 yielded another massive hit in the form of The Patience Of Angels and she even turned up on the Batman Forever soundtrack. She won Best British Female in 1995.

What happened: Though her subsequent albums weren’t quite as successful, Reader remains a mainstay of the Scottish music scene - she sang at the opening of the new parliament building in Edinburgh in 2004 - and has released another nine records, including an album of Robert Burns poems set to new music. She received an MBE for services to music in 2006 and still acts, having made her Hollywood debut in Richard Linklater’s Me And Orson Welles alongside Zac Efron and Clare Danes in 2008. What's more she'll be performing in Perth as part of BBC Music's Biggest Weekend in May this year. 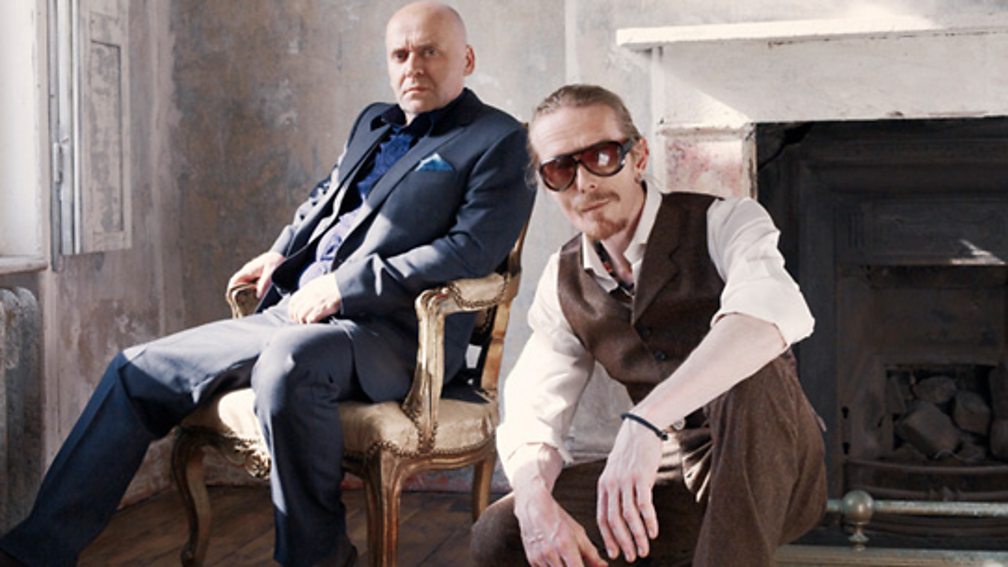 Back then: This Nottingham-via-London hip-hop/dance collective had already been kicking about for seven years, remixing the likes of U2, Queen Latifah and The Disposable Heroes of Hiphoprisy by the time they broke through with their 1992 album Connected. They ruled the charts for the following year with the radio hits Step It Up, Connected and Creation, earning them both the Best British Group and Best British Album gongs at the 1994 BRITs.

What happened: Stereo MCs took nine years to release a follow-up. In the meantime, they returned to remixing and formed a publishing company that signed fellow BRIT winner Finley Quaye. More recently, they released their seventh album in August 2011, are still performing, and in 2015 launched an "electronic soul" label, Connected.

Back then: Surely one of the great lost one-hit wonders of the 90s, Tasmin Archer topped the charts with her first solo single, Sleeping Satellite, and won Best British Breakthrough Act in 1993.

What happened: Archer wasn’t comfortable in the major label system, and her second album, 1996’s Bloom, couldn’t match the Sleeping Satellite-driven success of her debut Great Expectations. She joked that she kept her BRIT in the back of the kitchen cupboard, for use as a steak tenderiser. Writer's block hindered her in later years, though she released a third album, On, in 2006, and received a measure of affectionate posterity in the form of the character Tasmin Archer Badger on The Harry Hill Show.

Back then: Three years after she was discovered singing to herself on a tube station platform at the age of 15, Shola Ama’s third single, a retro-summery cover of Turley Richards’ 1980 US hit You Might Need Somebody became one of the biggest hits of 1997, and she went on to win Best British Female in 1998.

What happened: Her second album, 1999's In Return, flopped, and she found herself unable to land another major label deal. Dark times with alcohol and drugs followed, but she got clean and went on to mentor her sister Sadie Ama as she began a musical career. More recently, Shola popped up on the song Cut Above The Rest, on Giggs’s mixtape SN1, and as part of Wiley’s collective A-List along with Sadie. In 2015, she released a new EP of reggae-influenced songs called Surreal.

Back then: It’s often forgotten that back in the day, the BRITs had a classical category, rendered obsolete by the launch of the Classical BRITs in 2000. Kennedy, a mohawked football-lover and the original 'making classical cool' poster boy, performed Vivaldi's Four Seasons – then the best-selling classical work of all time – at the 1990 BRITs, and won in the classical category in 1993 for his recording of Beethoven's Violin Concerto, with the prize awarded by Meat Loaf, who made a good fist of pronouncing Górecki.

What happened: Kennedy continued to straddle the classical and rock worlds, recording a concerto based on the music of The Doors with Killing Joke's Jaz Coleman, playing on Kate Bush's Experiment IV and guesting on Baba O’Riley with The Who at the Royal Albert Hall, among other adventures. He was given a lifetime achievement award at the Classical BRITs in 2000, but was dropped from the 2008 ceremony after differences of opinion with the organisers about his performance, telling The Telegraph: “I am not going to let some old farts dictate my musical decisions.” In 2016, he released his first album made up of entirely his own compositions, My World and he'll also be appearing at BBC Music's Biggest Weekend - twice, no less. He'll be leading the bill in Perth and Coventry.