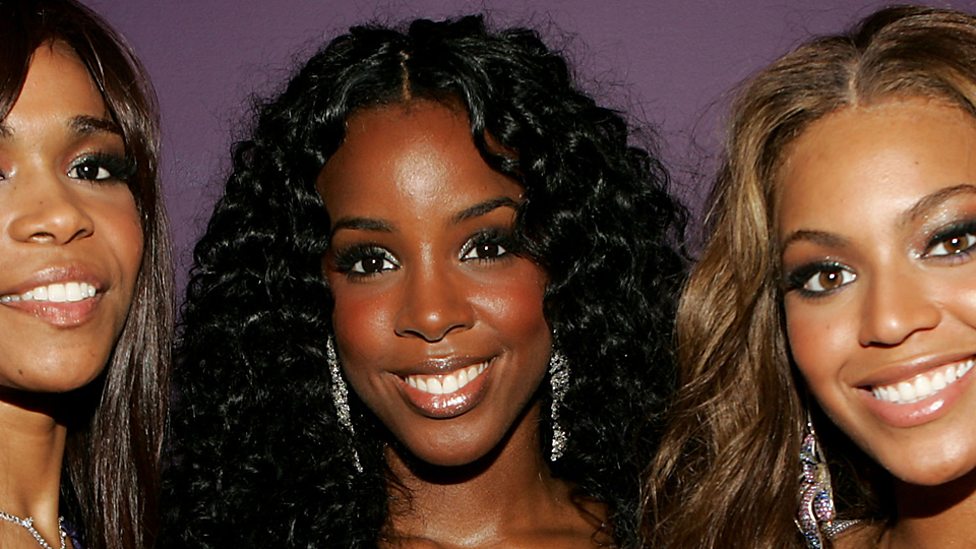 Pop music and language have often had a stormy relationship. Ever since Little Richard began Tutti Frutti with a stream of nonsense syllables that appeared to mean nothing and everything all at the same time - "A wop bop a loo bop a lop bam boom!" - people have wrung their hands and despaired over the terrible damage musical slang must be doing to the English language.

But pop culture, particularly hip hop, has been responsible for some exceptionally useful recent additions to the dictionary, reawakening dormant words from their slumber, coining fresh terminology for the changing times, and in at least one case, making new compound words out of bits of old slang and then using them to take over the world.

Here are 10 examples, all of which have been accepted by the Oxford English Dictionary or Cambridge Dictionary.

Definition (OED): Used to express the view that one should make the most of the present moment without worrying about the future (often as a rationale for impulsive or reckless behaviour).

The phrase "you only live once" has a long and noble cultural heritage, dating back beyond the name of Johann Strauss II's 1855 waltz Man Lebt Nur Einmal to Johann Wolfgang von Goethe's play Clavigo from 1774. This features the line "one lives but once in the world", a phrase which lends itself to the less-thrilling alternative acronym OLBOW. More recently, The Grateful Dead's drummer Mickey Hart named his homestead YOLO Farm, because he didn't quite have enough money to buy it and had to talk himself into it. And then there's Drake, who named a mixtape YOLO, spraying the term liberally throughout his lyrics, including on The Motto, which is arguably the song that really pushed the term into common parlance, hashtags and all - so much so that he later attempted to claim he was due royalties derived from merchandise that featured the term, but was not successful.

Definition (OED): A variant or alteration of another lexical item; for shizzle (often in form fo' shizzle and variants): = for sure

It's not just the OED that has been picking up on the modern lingo that youngsters use. The Scrabble dictionary has also made allowances for buzzwords. One example that made BBC Radio 4 sit up and take notice was Snoop Dogg's old standby, the -izzle suffix. Originally created as a kind of underground language for street hustlers, akin to pig latin, Snoop picked it up and made it his own, introducing himself in the song Suited N Booted as "the big Snoopy D-O-double-jizzle". But it's shizzle that made it into the OED on common usage grounds. Of course, being a dictionary, they draw no lines between a term being used seriously by genuinely cool people, ironically by annoyingly cool people, or fogeyishly by old people. So the more fuss made about its inclusion, the more it earns the right to be included. 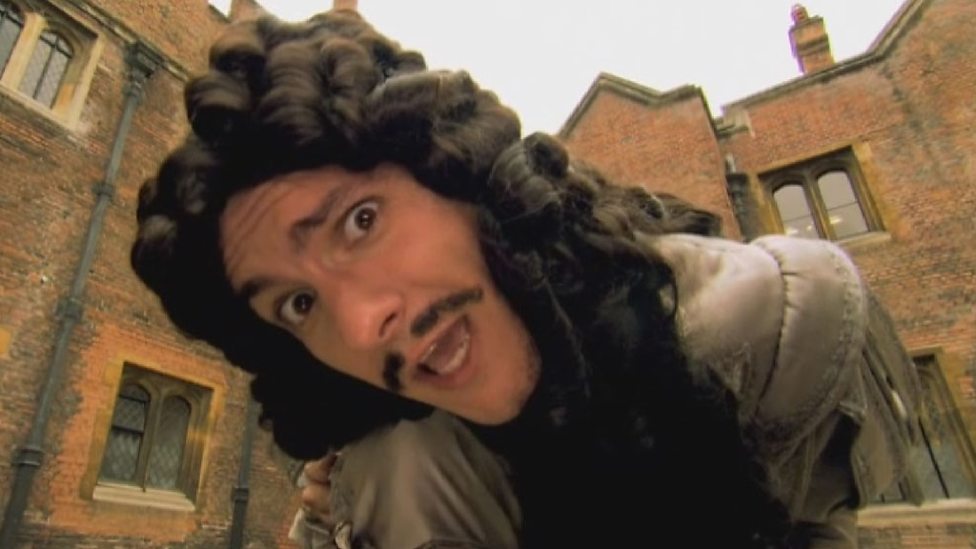 Originally coined (and accepted into the dictionary) in the doubled-up form of bling bling, this is a term that appears to have come from Jamaican slang for expensive jewellery, of the sort that might make one blink. It was next heard coming out of the mouths of New Orleans hip hop crew Cash Money Millionaires, who worked with rapper BG on the 1999 song Bling Bling. As there aren't that many useful celebratory words for the ostentatious accumulation of wealth, the term quickly began to crop up in other artists' work, and before long became used to describe a particularly spendthrift liftestyle, of the sort enjoyed by a newly rich musician on a spree. Or, in the case of Horrible Histories, as a neat way to encapsulate the temperamental differences between Oliver Cromwell and Charles II.

Definition (OED): A sexually provocative dance or dance move involving thrusting movements of the bottom and hips while in a low, squatting stance.

The first recorded modern use of the word "twerk" appears in a song called Do the Jubilee All by DJ Jubilee from 1993, but it's a word with a longer heritage than may first appear. The modern version seems to have originated in nightclubs as the name for a particular dance or style of dancing (as illustrated - poorly - by BBC Radio Scotland's Fred MacAuley, above), but the OED has a citation from 1820, in which Charles Clairmont, writing to Mary Shelley, author of Frankenstein, says, "Really the Germans do allow themselves such twists & twirks of the pen, that it would puzzle any one."

In that instance, it seems to have been a fusion of twist and jerk, and that meaning has mostly carried on through the centuries. Twerk or twirk becoming a verb around 1848, used to describe the action of thumbs, spurs and even a kitten's tail. Which isn't that huge a jump to its modern meaning.

Definition (Cambridge Dictionary): An act of intentionally dropping a microphone after you have given a speech or performance, as a way of making an impressive ending.

When a stand-up comedian or rapper has finished what he has to say, and wishes to suggest the conversation is at an end (because he won), that's when a good contemptuous drop of the microphone can be very effective. So effective, in fact, that it's been used as a humorous rhetorical tool by everyone from the President of the United States to Alex Turner at the 2014 Brit Awards to Prince Harry (as seen in the comedy sketch made to publicise the Invictus Games, above).

Eric B. and Rakim mention it in their 1987 single I Ain't No Joke, with Rakim rapping, "I used to let the mic smoke / Now I slam it when I'm done and make sure it's broke." It has since become synonymous with the parting shot in a rap battle, and Eminem even claimed, "I get off stage right and drop the mic," to emphasise his loftier status than the rest of D12 in their 2004 song My Band.

Definition (OED): Excitedly energetic or uninhibited, often in a sexual manner; to get jiggy: to engage in sexual activity.

The popular modern interpretation of the word jiggy, as most notably heard in Will Smith's Gettin' Jiggy wit It (or indeed If Ya Gettin' Down by Five, in which it is rhymed with "wiggy wiggy" for no clear reason) is suggestive of two things - uninhibited dancing or uninhibited sex. The connection with its past use to describe a particular kind of bracing folk music is less apparent. There's a reference in the 1916 novel Miss Theodosia's Heartstrings by Annie Hamilton Donnell to uptempo folk music as "jiggy tunes", meaning melodies with the rhythm of a jig. This specific meaning travelled through the bluegrass and country music communities in America, with fiddlers giving the name "jiggy bow" to a short bow, fit for speedy sawing across the strings.

Definition (OED): A hairstyle, worn esp. by men, in which the hair is cut short at the front and sides, and left long at the back.

Mullet (or mullethead) may have been used as a popular insult to someone's intelligence in 19th century America, but it's the Beastie Boys we can thank for popularising mullet as a term for that short on top, long at the back hairstyle that Sisco and Louise Redknapp are arguing about above. The most commonly cited reference is from a 1995 article in their magazine Grand Royal, but a year earlier, their 1994 song Mullet Head mercilessly mocked those afflicted with that style, yelling, "You're coming off like you're Van Damme / You've got Kenny G, in your Trans Am / You've got names like Billy Ray / Now you sing Hip Hop Hooray."

Definition (OED): Failure to show respect; abuse, disparagement; an expression of scorn or contempt, an insult.

Diss is one of those slang terms that came out of hip hop's early years and now feels like an exceptionally useful item of linguistic furniture. It's short for disrespect, although the 1920s did see people using the term insultingly as an abbreviation of disconnected, meaning not quite all there. Diss songs or diss tracks (like the spoof Kanye diss track created for Charlie Sloth's show, above) are a key part of both hip hop and grime, with rappers flexing their lyrical muscles at the expense of a rival. Jay Z even went to the effort of calling his 2002 attack on Nas Super Ugly (Dissing Nas), just to make sure we all got the point.

Definition (OED): A style of dancing originating in Los Angeles and typically performed to hip hop music, characterized by rapid, exaggerated movements of the arms and legs.

Sometimes a word gets into the dictionary because it's the name of something that did not exist before, and that's the case with krump. Krumping and clowning are both highly energetic forms of hip hop dance. Clowning is the milder version, with krumping becoming a more aggressive form of dance, involving the dance equivalent of rap battles. The krumping style was developed in the early 2000s by clown dancers Ceasare Willis and Jo'Artis Ratti. A 2004 documentary by Dave LaChapelle popularised the dance style, which is now a truly worldwide phenomenon, being featured in several music videos, including Madonna's Hung Up and Galvanize by The Chemical Brothers.

Definition (OED): Esp. of a woman, often with reference to the buttocks: sexually attractive, sexy; shapely.

Another word that came out of hip hop slang, was sent around the world by one particular hit song - in this case Bootylicious by Destiny's Child - and then entered the language as a common word, mostly out of a sense of fun. Mind you, not everyone likes it. Comedian Bridget Christie had a routine in her Radio 4 series Bridget Christie Minds the Gap about trying to find a modern feminist icon in popular culture who didn't appear to want to use it as a replacement for the more baggage-heavy (but accurate) feminism.

It's not really a word that stands up to a lot of scrutiny, though, and the essential daftness of the song's original lyrical content can be seen in this send-up of Destiny's Child by Hal Cruttenden, Sean Keaveny and Mark Dolan for Let's Dance for Comic Relief.