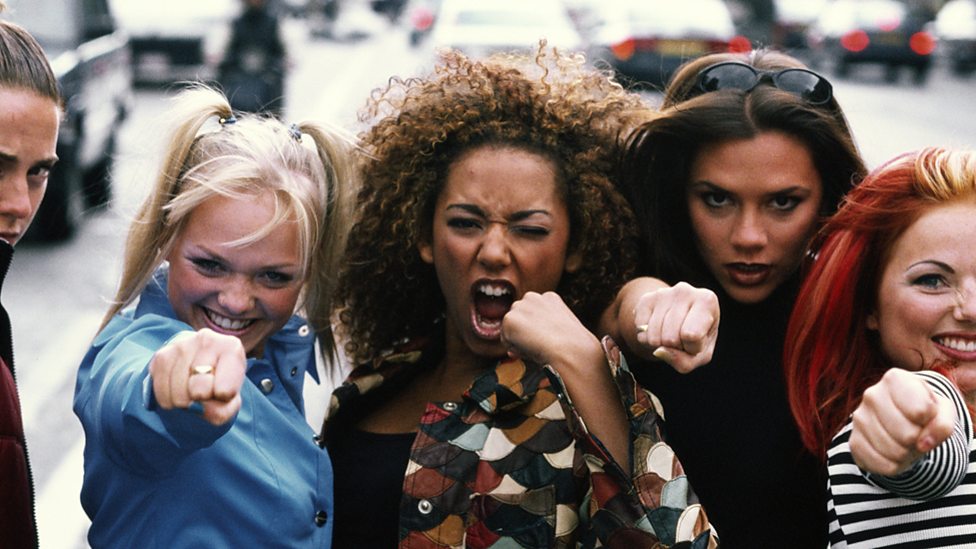 August 1999: Mel C closes her debut major solo performance at V Festival with a cover of the Sex Pistols' Anarchy in the UK, swapping one of the song's classic "anarchist" lines for: "I am a Sporty Spice." The audience pelt her with missiles, and NME's then-editor Steve Sutherland is left fuming. "You may think it's cool to reduce rock to karaoke but you're very much mistaken," he seethed, failing to see that Mel's cover only amplified the parallels between the Spice Girls and the Sex Pistols that were there all along.

On Wannabe, the Spice Girls' debut single, released 20 years ago today, Mel C sang: "If you want my future, forget my past." In honour of the five-piece's brazen call for a new musical Year Zero, let us count the similarities between the two bands...

1. They transcended their manufactured origins

Although the Sex Pistols existed prior to Malcolm McClaren's involvement, without the punk impresario there would have been no Johnny Rotten, no iconography, ideology or focus. Of course, the Pistols took what McClaren gave them and made merry hell with it - which is exactly how the young women who answered an ad in the back of trade paper The Stage became the Spice Girls. "R. U. 18-23 with the ability to sing/dance? R. U. streetwise, outgoing, ambitious and dedicated?" read the March 1994 callout by Heart Management, who wanted to put together a female equivalent to Take That.

Once the line-up solidified, the band started hassling Heart to give them a contract, which they withheld. Big mistake. When one finally presented itself that December following a successful industry showcase, the band knew they could go it alone. In March 1995, they did a runner from the house Heart were paying for, making off with their early master recordings, including those of Wannabe.

The following Monday, Heart had arranged for the band to begin work in Sheffield with chart-topping pop songwriter and producer Eliot Kennedy. Mel B and Geri drove to Sheffield alone and rifled through the phone book for his number, striking gold with their third call.

2. They were alive with punk spirit

Malcolm McLaren claimed responsibility for the Sex Pistols' Situationist agenda, a French philosophical movement that used spectacle to disrupt the status quo and reveal its nightmarish workings. In their first NME interview, guitarist Steve Jones said, "Actually, we're not into music. We're into chaos," which, although less highfalutin, got the job done.

Enter the Spice Girls, who were also fond of chaos and conceptual pranks. In search of new management, they would explode into grey offices, whack a boombox on the table, and start miming and waggling to Wannabe. Once they found manager Simon Fuller, they continued the charade in record label HQs. On the day they were due to sign to Virgin (also the Sex Pistols' most enduring record label), they'd agreed to go on a boat laid on by London Records, who were hoping to poach them. The girls sent a limo to Virgin's offices: when a valet opened the door, five inflatable sex dolls tumbled out. Later that day, they turned up to scrawl on the dotted line, having made crystal clear that they held the power. 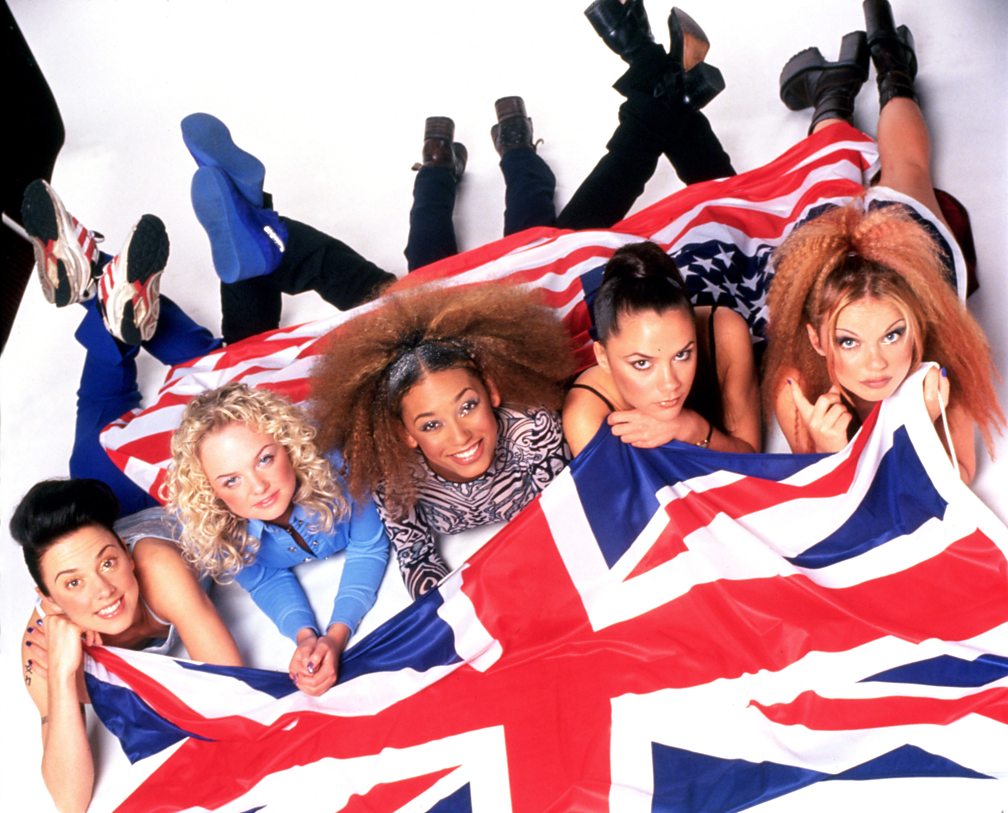 3. They blazed brightly and burned out rapidly

Both of these thoroughly British bands burned out under the pressure of an American tour. The Spice Girls weren't quite taking heroin and spitting blood at their audiences like Sid Vicious, but the pressures put on them by manager Simon Fuller were too much for Geri, who left the band in May 1998. (It's also been suggested that she knew performing was her weakest suit, compared to pinching prince's bottoms and orchestrating some of pop's finest shenanigans.) Although these meltdowns weren't quite the end for either band, they capped their respective imperial periods at just under two years.

4. Their politics were complex

There's no doubt that the Sex Pistols lit a rocket up Britain's bum in the late-70s, but within their countercultural pose were some dubious traits. Bodies could have been an anti-abortion song, but either way, it was perceived by many as a violent tirade against women (a good read on its nuances is this New Yorker essay).

The Spice Girls' conflicted legacy is controversial in its own way. In December 1996, the girls gave an infamous interview with The Spectator in which they described themselves as passionately pro-Thatcher ("We Spice Girls are true Thatcherites. Thatcher was the first Spice Girl, the pioneer of our ideology," said Geri), with Victoria and Geri taking the opportunity to express their then-"extreme Euroscepticism". Many were surprised, not least the magazine themselves, who bafflingly summarised: "The Spice philosophy combines Thatcherite economics, Buddhist tolerance and feudalistic neo-Plantagenet paternalism."

To some of the girls' harshest critics, especially those who disagreed with their politics, it made perfect sense - they cast the band as single-minded, fame-hungry capitalists out for themselves. But, as with the Sex Pistols, these controversies had no effect on their cultural impact. And by 2001, Geri had come out as a Labour supporter.

5. They completely changed the music industry

The Sex Pistols set in motion a huge period of upheaval: "Punk rock is here to stay - oops, I mean to change," critic Vivien Goldman wrote in Sounds in 1977. Their legacy can be heard rattling garage doors in any two-bit town, and their brash iconography is used to indicate anything with a vaguely rebel spirit. That of the Spice Girls is less immediately apparent. As critic Eve Barlow pointed out in the Guardian, their music doesn't endure because "it needs them present to have any meaning". And mainstream feminism has come on a bit since Girl Power, though female artists in their 20s, like Adele and Charli XCX, all cite the group as a formative influence.

But perhaps the group's real legacy lies in something a bit more sinister. After they ran rings around several different managers, the industry tightened up their contracts so that lucrative acts couldn't slip through their fingers again. And although they were by no means the first artists to embrace sponsorship and branding, the five-piece took an ultra-enthusiastic approach to endorsements - one that's now seen as a life raft to artists given the dwindling revenues from the sale and streaming of music.

6. You probably couldn't sit through a full album by either of them

Though Spice is, obviously, the clear winner.