You're unwinding to a great song when suddenly maniacal laughter drifts in from the ether. Or a rasping voice intones beat poetry. Perhaps a florid speech is belted out or bizarre advice muttered. From whence these nebulous utterances?

From hip hop to pop via jazz and classic rock, musicians have used the spoken (or shouted) word to embellish a track or even provide its main lyric. These overdubbed voices, whether tailored for the song or sampled from other sources, could tell plenty of their own tales regarding their presence on a recording.

Here are 10 of those most memorable instances. Step up to the mic, a boxer, a revered author, the doorman from Abbey Road studios...

Paloma Faith's 2017 album The Architect opens with a spoken voice whose accent is a few thousand miles west of her Hackney home and a few octaves south too. If the biblical tenor of the delivery seems oddly reminiscent of a certain Ezekiel-quoting cinematic gangster, that's because it belongs to actor Samuel L. Jackson.

As Faith explained to HMV: "I'd done some stuff for his charity and he said to me 'I owe you a favour', which I took with a pinch of salt, but he reassured me that he was a man of his word and so I got him to do something for the album."

Though Jackson would nail his part - a poem written by Faith - in 20 minutes, she initially felt some guidance would be appreciated: "He came in," she told the BBC, "and I thought, 'OK, he's an actor.' So I started giving him direction and eventually he said, 'Maybe you've got the wrong guy.' And I was like, 'No, I haven't!'

Later, his manager said to me, 'No one directs him, that's why he was a bit shocked.' Trust me to go and try to direct Samuel L. Jackson!"

Once he settled on a macabre theme for Michael Jackson's monster hit, Thriller's British writer Rod Temperton decided to "have somebody, a famous voice, in the horror genre, to do this [spoken] vocal," as the Telegraph reported. Vincent Price was an obvious choice, not only for his ubiquity in horror films but because he was friendly with Peggy Lipton who was married to the song's producer Quincy Jones.

Price obliged with the hammiest voiceover he could muster - rounded off, for good measure, with a fiendish cackle. Jones declared the effort, which lasted nearly a minute-and-a-half but required only two takes, "fabulous".

The collaboration later bothered Price, who was offered a flat fee of $20,000 or a percentage of the album proceeds, and chose the former. Victoria Price notes in her biography of her father that "when the album began making its millions he was irate, feeling that Jackson should have materially acknowledged his significant contribution to the album's success".

"Babylon / Where bricks of water and diamonds tower / Sailor's lust and swagger lazing in the moon's beams..."

These gaudy images are evoked by a suitably dramatic voice in Scissor Sisters' 2010 single Invisible Light (from four minutes). The possessor of the voice, Sir Ian McKellen, proceeds in similarly baroque vein to reference "painted whores, sexual Gladiators, fiercely old party children", all of which derive from a poem written by the Sisters.

As lead singer Jake Shears told the BBC: "Somebody in the studio said: 'We need a very deep British man's voice here.' And I instantly thought of Ian. He's a fan and has come to lots of shows. I've hung out with him quite a bit.'"

McKellen demonstrated admirable thespian versatility by recording the part in his dressing room before performing in Waiting for Godot.

If moments of spoken word are relatively rare in pop music, in jazz they're practically unheard of, particularly back in 1970 when Miles Davis recorded his acclaimed Tribute to Jack Johnson. The album was intended as the soundtrack for a film of the same name which documented the life of Johnson, the first African-American world heavyweight boxing champion.

Davis saw in Johnson a kindred figure, one who had persevered in a racially toxic environment to excel in his field. No surprise, therefore, that the voiceover which rounds off the album alludes to this triumph: "I'm Jack Johnson," the voice proudly booms. "Heavyweight champion of the world. I'm black. They never let me forget it. I'm black all right! I'll never let them forget it!"

That the narrator of these lines, actor Brock Peters, had starred as the racially abused Tom Robinson in To Kill a Mockingbird added further weight to Davis's tribute. 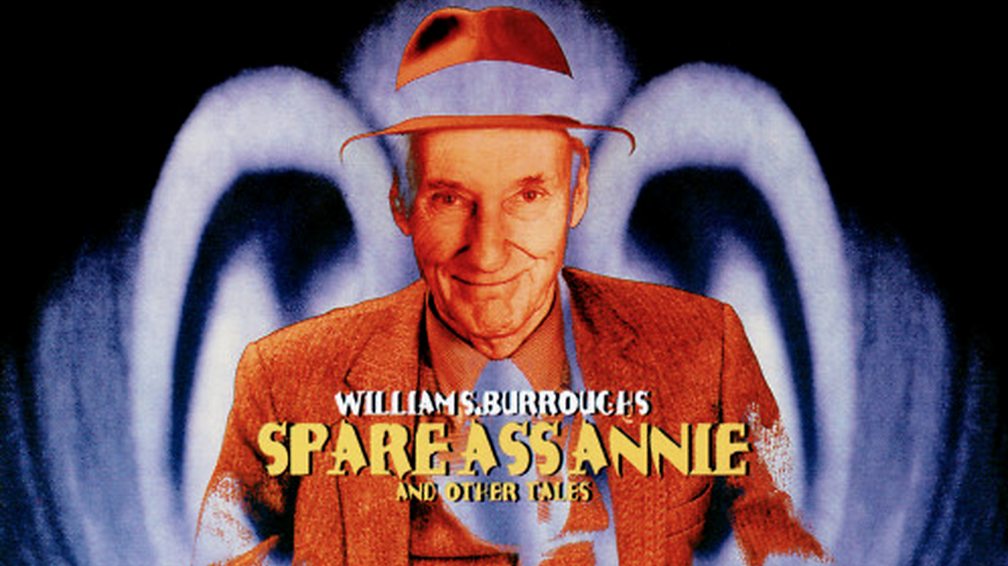 Legendary author William Burroughs, lauded by generations of musicians for being naughtier than they were, lent his rasping larynx to numerous pop songs. Recordings by Tom Waits, R.E.M. and Kurt Cobain were all enhanced by his craggy/languorous drawl but the biggest beneficiary was the album Spare Ass Annie and Other Tales by The Disposable Heroes of Hiphoprisy.

The 1993 album featured Burroughs quoting passages from seven of his books to a sparse hip hop backing and also a track, Words of Advice for Young People, which offered such priceless Burroughsian wisdom as: "If, after having been exposed to someone's presence, you feel as if you've lost a quart of plasma, avoid that presence."

BBC Radio 4 - William Burroughs: Nothing Is True, Everything Is Permitted

Lou Reed's 11-minute opus Street Hassle is just entering its final Slipaway section when the singer's New York accent mysteriously yields to the quintessential New Jersey muttering of... could it be... the Boss?

The unlikely pairing of Bruce Springsteen and Lou Reed may have been serendipitous (Reed and a young Springsteen were recording simultaneously at New York's Record Plant), but the two icons were mutually appreciative. Lou Reed to interviewer Nick Johnstone: "Bruce Springsteen was mixing in the studio below us and I thought, 'How fortuitous.' People expect me to badmouth him because he's from New Jersey but I think he's really fabulous. He did the part so well that I had to bury him in the mix."

The venture had one downside for Reed. As he later explained to author Chris Roberts in Lou Reed: Walk on the Wild Side - The Stories Behind the Songs, Springsteen was reluctant to be credited. The result, Reed said, was that "since we couldn't use his name, [people] think it's me imitating him".

Another contender for unlikeliest pairing on a record is Mike Tyson's contribution to Madonna's 2015 release Iconic. Delivered with customary bombast at the start of the song, Tyson's brief monologue opens by declaring, "I'm the best the world has ever seen… I'm somebody you'll never forget…"

Tyson later told Rolling Stone that his self-aggrandising vocal was inspired by Mussolini. "You watch [him] on television - even though we don't understand what he's saying - he is so mesmerising. I look at myself in that way."

Though Tyson never claimed to approve of the dictator's views he did credit him with an unlikely achievement: "He had that street swag; he was doing this stuff with his hands and moving his head before it was even hip hop."

50 Words for Snow, the penultimate track on Kate Bush's 2011 album of the same name almost ditches singing altogether in favour of Stephen Fry's plummy rendering of, er, 50 words for snow.

Needless to say most of the words are pure fantasy but, as Bush noted to the Huffington Post: "[Fry]'s the kind of person that whenever he says something, it's with such a sensible authority that people automatically assume that it’s important."

Lest the listener mistake the song's whimsy for anything too ponderous, Bush stated in the same interview: "What I hoped that song allowed to happen was to have a bit of fun, you know? It's not meant to be taken seriously at all - it’s meant to have a bit of a sense of humour." 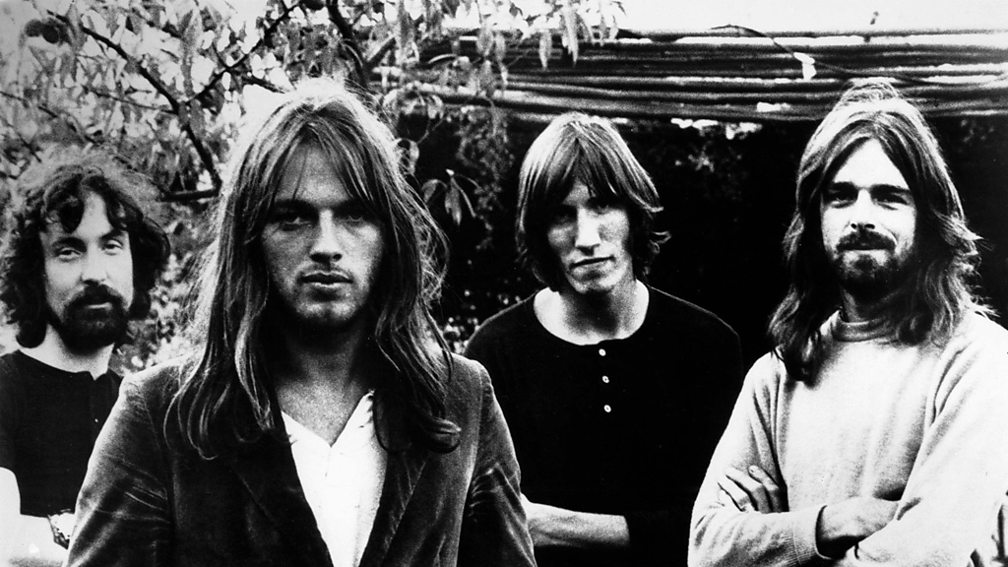 The final track Eclipse from Pink Floyd’s Dark Side of the Moon famously closes with an Irish voice stating: "There is no dark side of the moon… matter of fact it's all dark."

The observation was made by the doorman at Abbey Road Studios, Gerry O'Driscoll, and was one of many responses to questions posed on cue cards distributed by Floyd bassist Roger Waters to whoever happened to be in the vicinity of the studio.

Another such interviewee was Paul McCartney who was recording in another part of the building. However, his answers were considered too slick to make the cut. As Waters noted to biographer John Harris, "He was the only person who found it necessary to perform, which was useless, of course."

Elsewhere on the album, the songs Brain Damage and Speak To Me feature maniacal laughter provided by the band's roadie, Peter Watts, father of the actor Naomi Watts.

On this enigmatic note opens the album version of Saint Etienne's 1993 hit You’re in a Bad Way. The famous soliloquy, sampled from the 1963 cult feature Billy Liar, is one of five excerpts from British films included on the album So Tough. Culled from such classics as The Lord of the Flies and Peeping Tom, these samples seemed to emphasise the album's Britishness. However, as the group's Bob Stanley explained to the Quietus in 2009, the emphasis was not necessarily intentional: "It's funny, it ended up sounding so British - and the only reason for that was that we couldn't clear any of the bloody American samples, because American lawyers are such b*******."