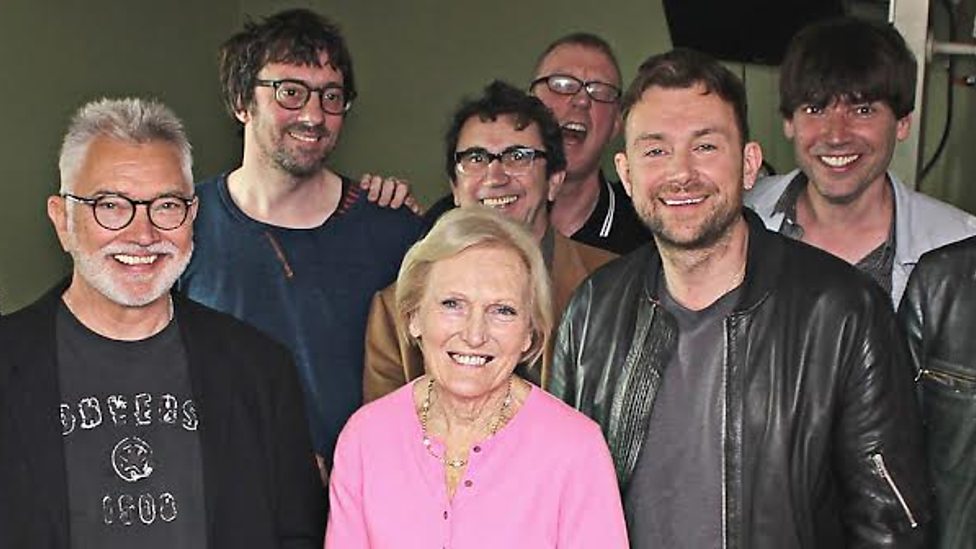 Never mind the Live Lounge, there's a corner of Chris Evans's breakfast show studio that is transformed every Friday into a performance space. Sometimes there are bands, sometimes just one singer, but there's never quite enough room and it's all a bit cramped.

These are, of course, perfect conditions for musical magic to blossom. Here are 10 examples:

To get things started properly, this is what happens when you turn a song by The Cure into a hoedown in front of Belinda Carlisle and visibly giddy comedians Rob Brydon and Jack Whitehall. As many of the other clips in this collection will prove, some guests are a little unsure where to look when the music starts, but there's none of that here, mainly because the room is full of show-offs, showing off.

Well what else are Scouting For Girls supposed to do, when faced with the opportunity to jam with a giant of AOR like Michael Bolton, than break out a bit of Bon Jovi? This startling (and endearingly ramshackle) meeting of minds took place in October, in front of Broadchurch actress Olivia Colman and footballer Robbie Savage.

It must've been tempting, knowing you've got ELO's Jeff Lynne (as well as Lincoln star David Oyelowo) in the studio, to cover one of his greatest hits - Don't Bring Me Down, perhaps, or Mr Blue Sky. However, sensible heads prevailed, and Stereophonics opted for Don Henley's tale of faded 60s California glamour instead.

There's a more definite link between singer and song here, in that Midge wrote the lyrics to this Visage hit for Steve Strange to sing. And in the fine tradition of TV Christmas commercials everywhere, he takes a synthpop classic and plays it mournfully on an acoustic guitar, while actors John Simm and Rory Kinnear, and former England cricketer Graeme Swann listen intently.

Althea and Donna's Uptown Top Ranking is a perfect song for reinterpretation, partly because it was made from a recycled backing track in the first place, namely Marcia Aitken's I'm Still In Love With You Boy. Here Joss fuses the two versions together - in the company of Gary Barlow, comedian Stephen Merchant and tennis ace Boris Becker - with a nod to Sean Paul's 2003 reworking of the original (but without even the slightest suggestion of the frosty 1998 cover by Black Box Recorder).

As if Pharrell's iconic song wasn't already swinging enough, Lianne gives it an extra-loose loping feel, quietens down all the handclaps and only retains a couple of cool harmonies for the chorus. This changes the feel of the track from jubilation to quiet satisfaction, much to the evident delight of actor Josh Gad (Olaf from Frozen - a man who knows a thing or two about songs from animated movies) and presenter Gabby Logan.

This performance is the perfect summation of what makes these Friday performances so enjoyable to watch. It's a simmering cover of Prince's glorious ballad, played with evident glee behind a row of performers with their backs turned - comedian Rory Bremner and actors Mark Strong and Maureen Lipman - who all know they're being filmed, and don't quite know how to demonstrate what a great time they're having in the face of such a wondrous din. It's also worth hanging on for Chris's "blimey!" at the end.

It's not all about the cover versions. Sometimes you just want a Friday knees-up with some old friends (especially if one of them is good at making cakes). And as Blur had the decency to bury their various hatchets and reunite, it's only right that they bring Phil Daniels back to recreate his role in Parklife, and entertain Judge John Deed's Martin Shaw, Poldark's Eleanor Tomlinson and Mary Berry from The Great British Bake Off.

Madness sing The Supremes' You Keep Me Hanging On

The joy of these stripped-back and informal performances is in the little throwaway details. In the case of Madness's reggae interpretation of a Supremes classic, it's all about Mike Barson's mesmeric see-sawing hands on the piano and Suggs calling out the various sections of the song as they come up - to the delight of weather presenter Carol Kirkwood and former Stig Ben Collins - before ending with a cheery, "Have a banana!"

All anyone needs to make a Friday a Friday is a jubilant Stevie Wonder song, and a big gang of mates to help sing it. And if those mates are Earth, Wind & Fire and Jeff Lynne (no strangers to making a joyful noise of their own), all anyone needs is an appreciative audience in a floral hat - say hello, Grayson Perry - and we got ourselves a weekend.