Why Wolf Alice are on the brink of a major breakthrough

From humble origins to their full feral form, Wolf Alice have been stalking success like, well, a dog looking for a lost bone. Here's how it happened... 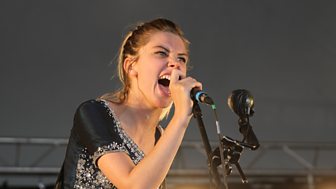 My Playlister - The songs that made Wolf Alice (Spotify)

Our story begins in 2010 with two friends, Ellie Rowsell and Joff Oddie. Taking their name from an Angela Carter short story, their initial musical ideas are quiet, folky and cute, just like a puppy. Ellie brings in her friend Sadie to play bass, and Joff brings in his friend George to play drums and they record and self-release the slightly rowdy Wolf Alice EP, sending the tracks off to BBC Introducing with the words "Wolf Alice were formed in 2011. They consist of two best buddies from London and two cute Cornish lads. They attempt to create music to look out the window to, to bop down the street to."

My Playlister - The songs that made Wolf Alice (Spotify) 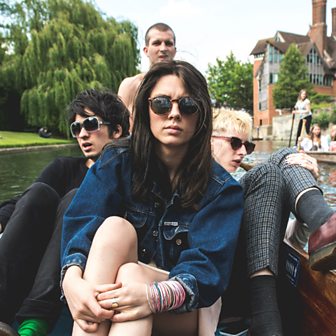 Having lost Sadie to academia and George to a broken wrist, the band recruited Theo Ellis (bass), and Joel Amey (drums) and set about touring and recording, fast becoming festival favourites. Early releases include a first draft of Bros (one of Ellie's earliest songs) and the first offical EP Blush. By the end of 2013, 6 Musicnamed them the most blogged about band of the year. Their second EP Creature Songs - blessed with their calling card Moaning Lisa Smile - merely intensified things, as did their nomination in the BBC's Sound of 2015 poll. 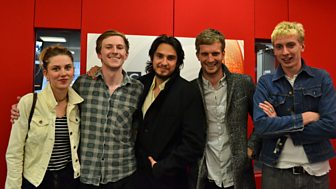 As the core of the band is Ellie and Joff's friendship, they often come across as a gang of mates who are game for a laugh and have chanced upon a thrilling fusion of early-90s grunge and the darker, more experimental end of mid-90s British indie rock.

Their radio sessions and interviews often bear this out, with the band being happy to blam out emotive covers of Chris Isaak's Wicked Game, Scissor Sisters' Take Your Mama or even Desire by Years & Years, as if trying to impress some of the cool kids in Year 11 while simultaneously not caring one jot what anyone thinks. Which is just as things should be. 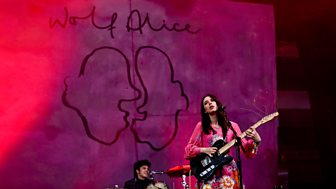 BBC London 94.9 - Dan Roberts chats to Ellie from Wolf Alice about the tour and debut album

Of course, potential is all very well, but you have to have the ability to back it up. So the release of My Love is Cool, the band's debut album, in June this year, was a key moment. Far from being the expected collection of grungy folk songs (or folky grunge songs) that the blogosphere has been raving about for two years, the album saw the band push themselves sonically, achieving a sound beyond these labels.

Ellie explained to the NME: "We've been making sounds that don't necessarily sound like guitar and experimenting with the way we use our voices. We've tried to match the emotion of the songs in how they're performed and recorded, tried to make a sad song really feel and sound sad."

BBC London 94.9 - Dan Roberts chats to Ellie from Wolf Alice about the tour and debut album 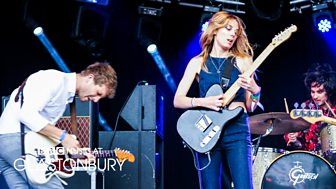 Part of the reason bloggers, tweeters and music writers have been getting quite so excited about Wolf Alice for as long as they have is their live set. In an era when younger festival headliners seek to challenge audiences while the heritage acts rely on a healthy back catalogue, here's a new band with a ton of singalong classics in the making, and enough of a retro feel (four kids, three guitars and a drumkit) to keep seasoned festival-goers away from petition websites. 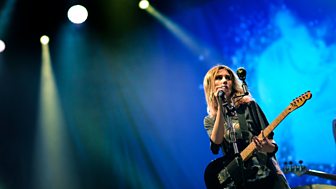 The band's recent appearances at Reading + Leeds were eventful affairs, with a surprise set, an enormous circle-pit opening up in front of the band, and technical issues during the Leeds leg that left Ellie dropping her guitar on the floor and knocking Theo over while trying to climb onto his shoulders. Theo's stage dive didn't exactly go according to plan either, as he ended up getting swallowed in the crush.

7. Oh, did we mention radio sessions?

And as if all of the above wasn't enough, Ellie and the boys have just recorded a fresh session as part of Radio 1's Live Lounge Month, in which they take apart One Direction's Steal My Girl (and give their own You're a Germ a firm seeing-to too).