A life spent in the full glare of the spotlight is tough on the memory, especially when you're dredging your brain for inspiration to create new masterpieces on a regular basis. It's small wonder that pop stars can have a few dizzy moments from time to time, and sometimes for quite some time...

[LISTEN] Jess Glynne on forgetting the words to your own song

The list of flubbed song lyrics is infinitely long and contains the blushes of almost every singer who has ever taken to the stage, from Elvis Presley to Miley Cyrus. Patti Smith was due to sing A Hard Rain's a-Gonna Fall at the ceremony awarding the Nobel Prize for Literature to Bob Dylan, but due to a combination of anxiety and the uniqueness of the event, she became overwhelmed after the first verse, and forgot to keep going. She had to bring the song to a halt and ask the audience's forgiveness while the band started again.

Adele did a very similar thing in her tribute to George Michael at the 2017 Grammy Awards, and has made such a charming feature of her memory lapses in her own songs that MTV could compile this list of fan-shot clips, which includes minor slips, restarts, and the moment she halted Someone Like You in a hail of swears because she'd gone into the wrong bit. But the tin crown goes to Demi Lovato, who forgot the lyrics to Don't Forget, for which she deserves a special medal for conceptual effort.

I was very pleasantly surprised that Cold Water came out and was a No.1, 'cause I didn't remember writing it
Ed Sheeran

Ed Sheeran has written so many hits, some are bound to be more memorable for him than others. But he's only had one chart-topper behind his own back. For example, one of his unused demos was a sweet, slow tune that he put aside and promptly forgot. It ended up in Diplo's hands, and the next thing Ed knew, there's a huge hit track by Major Lazer called Cold Water, Justin Bieber is singing it, and it's got his name in the credits.

He explained his confusion to MTV: "I didn't know that track existed, like I kept getting emails from Diplo being just like, 'Oh I've found your track Cold Water, can I do something with it?' And I'm like, 'What are you talking about, mate? I don't have a track called Cold Water!' And then he'd be like, 'Yeah, we've got Justin Bieber on the song, do you mind if we release it?' And I'm like, 'Mate, I don't know what you're talking about!'

"It came out, but the the song I did was really, really slow... They sped it up... and made it a thing. I was very pleasantly surprised that that came out and was a No.1, 'cause I didn't remember writing it."

I was very pleasantly surprised that Cold Water came out and was a No.1, 'cause I didn't remember writing it
Ed Sheeran

3. That their microphone is still on 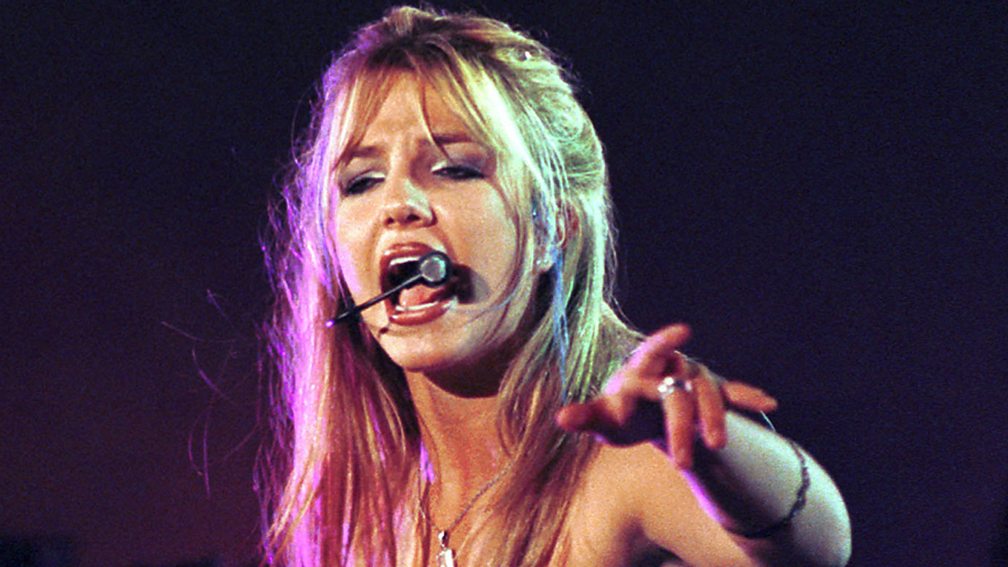 Wireless headset microphones are a marvellous invention for singers who also dance. They allow a full range of bodily expression without worrying about holding something up to your mouth or tripping over the cable. However, it's vital to remember whether you are onstage or backstage when using a headset microphone, and this is something Britney Spears apparently did not do in 2001, when the following comment was heard through the PA system: "Don't tell me that they're just letting the audience just f****** stand out there like that. Oh my God! This is retarded." Her record company maintains that it was someone else's voice that was heard.

[LISTEN] David Bowie talks about moving to Berlin in 1976

According to Nicholas Pegg's book The Complete David Bowie, the art-funk masterpiece Station to Station was recorded during a period of artistic upheaval, with Bowie considering multiple projects at the same time, during sessions at Los Angeles's Cherokee Studios. Bowie was filming The Man Who Fell to Earth, was affiliated with the movie's soundtrack, and had started writing a fictitious autobiography called The Return of the Thin White Duke, based on the extremities of his rock star existence. This character became Bowie's new musical persona, which he called "an emotionless Aryan superman".

However, all he could recall of that frenzied burst of creativity, even after moving to Berlin and getting his head together, was the location, and even that wasn't even a first-hand account. He ruefully noted: "I know it was in LA because I've read it was." 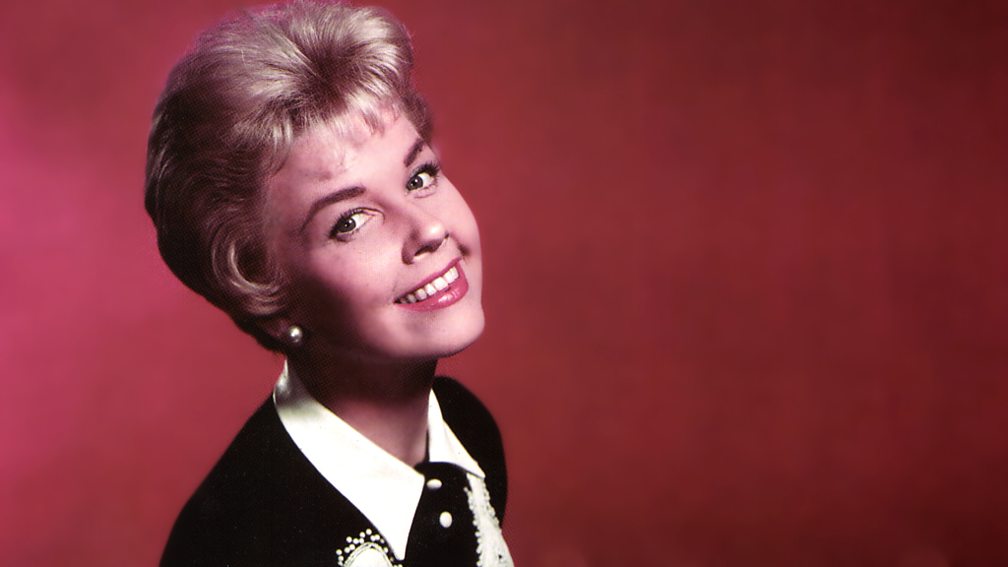 I never paid much attention to birthdays, but it's great to finally know how old I really am!
Doris Day

It is perfectly understandable that Doris Day would, in the fine tradition of showbusiness, have had something of a mysterious age. "The story I have heard the most is that at one point Doris was up for a role when quite young and her age may have been miswritten on the audition form," her spokesman said in response to a recent story, reported by the Guardian, that Day was two years older than she thought. On what she imagined was her 93rd birthday, it transpired she was 95 and she naturally took the news in good spirit. "I've always said that age is just a number," she said. "I have never paid much attention to birthdays, but it's great to finally know how old I really am!"

That other stars have 'forgotten' their age tells us much about the industries they work in. "I think if I'd said I was 27, I wouldn't have got signed - one hundred per cent," Paloma Faith told the Mirror after it was revealed that she had sliced four years off her age at the outset of her career.

I never paid much attention to birthdays, but it's great to finally know how old I really am!
Doris Day

On a similar note, the writer and publisher John Blake recently wrote an article in The Spectator in which he reveals that he has the 75,000-word manuscript of Mick Jagger's autobiography, written in the 1980s. It's a book that should not exist, the legend being that it was abandoned due to Mick's inability to recall in sufficient detail the amazing things he has done and seen. But given the success of Keith Richards's book Life, any publisher worth their salt would want to put it out forthwith.

Blake describes the arrival of the hitherto unsuspected manuscript as "the rock 'n' roll equivalent of the Dead Sea Scrolls", and goes on to say: "So far as I have been able to ascertain, a publisher rejected the manuscript because it was light on sex and drugs. In the early 1980s, when it was written, shock and awe was a vital part of any successful autobiography. Read now, however, it is a little masterpiece - a perfectly preserved time capsule written when the Stones had produced all their greatest music, but still burned with the passion and fire of youth and idealism."

However, the fact that he'd written it at all had since slipped from Mick's mind. Once reminded, he eventually decided that he didn't want it published.

I often get asked: 'Is it true you snorted a line of ants?' Knowing me, there's a very good possibility. But do I remember it? No way
Ozzy Osbourne

Rock autobiography is a remarkably lucrative business, and what most publishers really want is the inside story from a legendary figure that has done remarkable things. They want to know what it feels like to shout, "Hello Wembley!" and have thousands of people roar a welcome back, and they especially want to know about crazy, debauched rock 'n' roll behaviour, and why it seemed like such a good idea at the time.

Ozzy Osbourne would appear to be a perfect candidate, having had a long and distinguished career and done a great many strange things along the way. The only problem is that his memory is so poor he can't remember whether he really did them or not. He told the Independent while compiling his memoirs: "I often get asked: 'Is it true you snorted a line of ants?' Knowing me, there's a very good possibility. But do I remember it? No way."

He also claims to have entirely forgotten the 1990s.

I often get asked: 'Is it true you snorted a line of ants?' Knowing me, there's a very good possibility. But do I remember it? No way
Ozzy Osbourne

8. Where the stage ends

But the one thing all performers really, really need to remember is where they are in relation to the lip of the stage; otherwise, as everyone from Olly Murs to U2 will readily admit, there's more at stake than your dignity. Don't go near, The Edge.