7 of the most awkward music fails at major sporting events 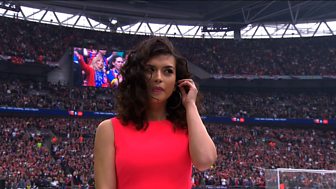 Poor Karen Harding summed it up by retweeting a GIF of Bill Bailey crumpling in despair as he realises something terrible has happened. "That's literally how it felt!" the former X Factor contestant wrote, referring to the moment when she missed her cue to start singing the national anthem at the 21 May FA Cup final. For Karen, it was a nightmare caused by a technical glitch, but she had the sympathy of the nation and it's not like music and sport haven't always been unholy bedfellows.

In solidarity with Karen, and with a nod to our colleagues over at BBC Sport, here are just a few other examples of days when musicians (and music) probably shouldn't have stepped into the arena.

The ceremonial first pitch is a big deal in baseball - the moment when a distinguished guest throws the ball to mark the beginning of a game. Many presidents have been invited on to the diamond to do so, and so have countless stars from the world of music, including rapper 50 Cent in 2014.

Major League Baseball have somewhat politely titled this clip "50 Cent goes wide left with first pitch". The commentator says, "His first pitch wasn't great - just a bit outside." What actually happens is he almost takes out two cameramen, who can't have imagined - ever - that they were close to the line of fire. "It's good that he never had a choice between playing for the Mets and being a rapper," the commentator concludes, with some sarcasm.

Another baseball tradition is the singing of 1908 Tin Pan Alley song Take Me Out to the Ball Game - by fans and guests of honour. And if you need proof that the Prince of Darkness should never perform in daylight, here it is. It's a valiant effort in unusual circumstances for Ozzy and he meets a mixed response. Check the expressions on the faces of the two Chicago Cubs players at 50 seconds; they neatly summarise the feelings of most at Wrigley Field park that day.

Things were meant to go something like this: Diana Ross runs the length of Chicago's Soldier Field joyously singing her 1980 hit I'm Coming Out before stopping to take a penalty kick; the goalkeeper of course fails to save the kick; the goal collapses; the crowd explodes in ecstasy; Diana continues her performance on a stage behind the goal.

And it's probably fair to assume that of all the things that could have gone wrong with that pre-planned sequence at the 1994 World Cup opening ceremony, few would have predicted that Diana would miss her penalty. The fail has down down in legend - unfairly, it's frequently included in lists of the worst penalty misses ever, along with Chris Waddle's for England four years earlier, and has even been subjected to a full deconstruction by Daily Telegraph football writers.

Lesser-known about the 1994 World Cup opening ceremony is the fact that Oprah Winfrey fell off a dais while introducing Diana. 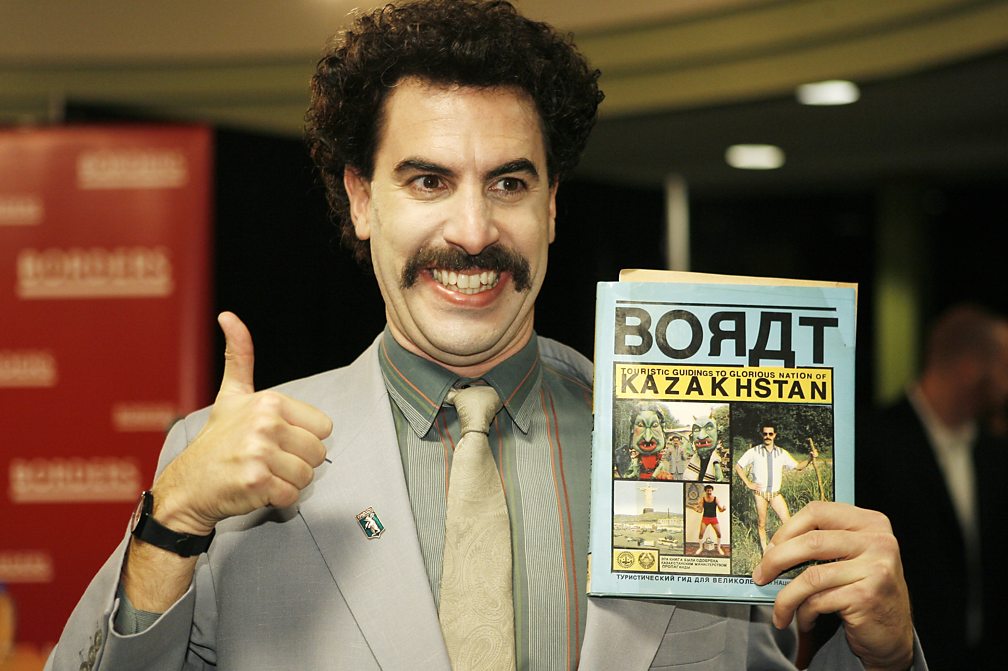 "Kazakhstan's shooting team has been left stunned after a comedy national anthem from the film Borat was played at a medal ceremony in Kuwait instead of the real one," began a BBC News story about possibly the greatest national anthem facepalm in sporting history. Apparently, organisers had downloaded the parody version by mistake, leaving gold medallist Maria Dmitrienko to endure a minute of a song that praises Kazakhstan for its superior potassium exports and for having the cleanest prostitutes in the region.

Graciously, Dmitrienko cracks a smile at the end, which is more than this lot managed in Kostanay, northern Kazakhstan, when organisers of a regional ski festival accidentally blasted out a few seconds of Ricky Martin's Livin' la Vida Loca instead of the country's anthem at the opening ceremony. Notice the actual facepalm in that clip. 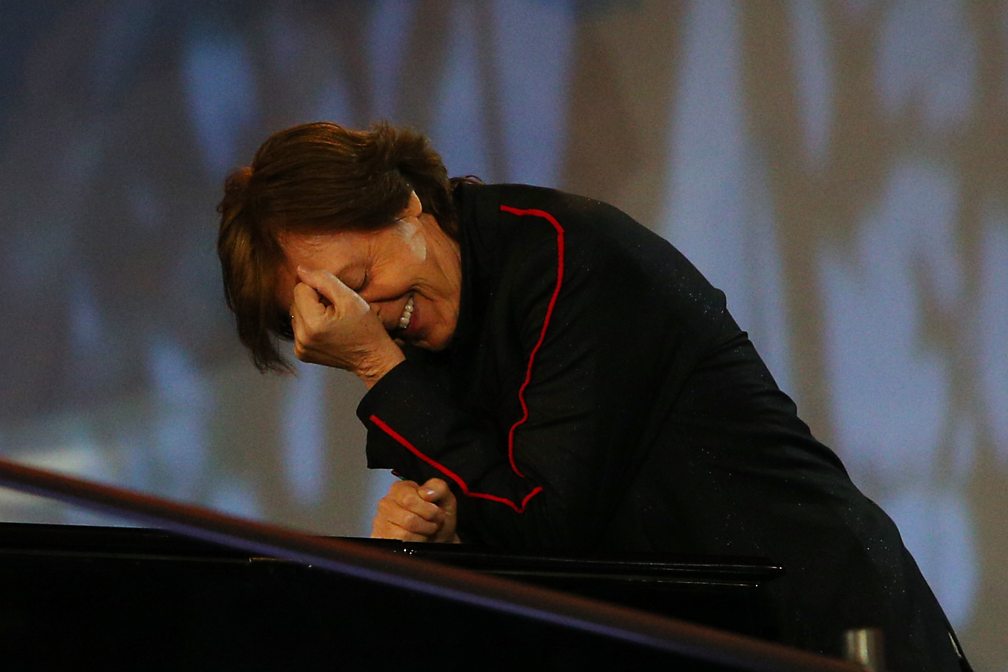 The Danny Boyle-directed opening ceremony of the 2012 London Olympics was mind-bogglingly good and took place largely without fault. Expect when Sir Paul McCartney and his band sang the Beatles anthem Hey Jude and something went badly wrong. We say "something" because it was hard at the time to work out what happened, except that he seemed to be out of sync with a backing track. It took till December that year for Macca to explain things to NME:

"I f***** up. I was supposed to wait for a cue. But I forgot. Why? Well, there’s this bloody great bell that we didn’t know about. It was deafening… We pre-recorded a playback in case all hell broke loose. We were live, everyone was there, the world was ready and this bloody great bell goes off. And I forget I’ve gotta wait for it, so I go, ‘Hey Jude’, and someone presses the playback. So there’s me on the backing track, and actual me; two of us singing. The drummer wouldn’t look at me because he was in hysterics and I was thinking, ‘What have I done?’ There was no stopping, it was the Olympics." 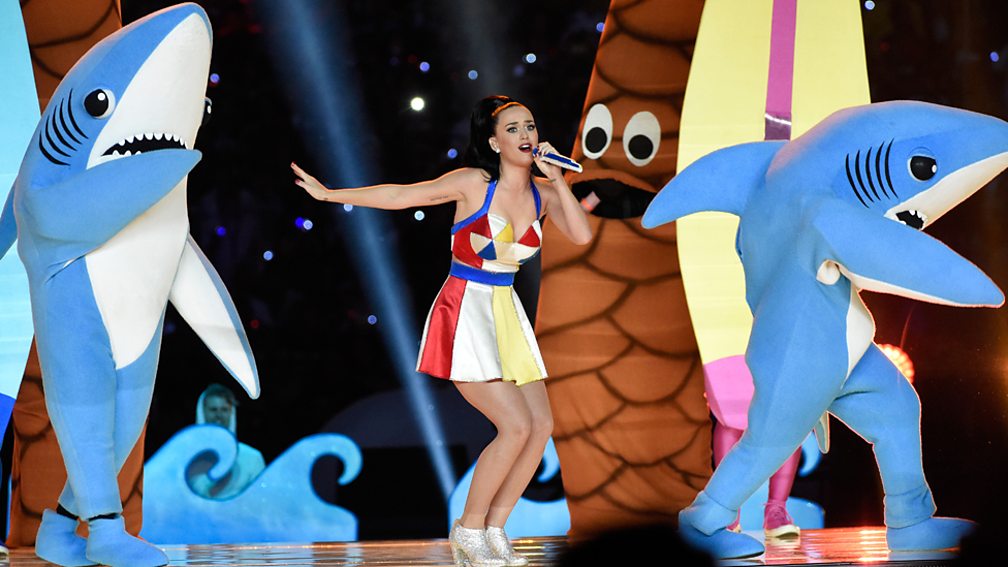 That troublesome bell didn't ruin the Olympics opening ceremony for anyone, and nor did Katy Perry's Left Shark at her Super Bowl halftime show last year, but he certainly threatened to steal some of Katy's limelight during her performance of Teenage Dream. Dressed in that shark costume was dancer Bryan Gaw, who was having an off-day. Whether it was the suffocating blue suit, or nerves, Bryan's moves were off, and Left Shark became an instant internet meme.

"I don’t think anybody on the team had any idea that Left Shark was going to become such a cultural phenomenon," halftime show director Hamish Hamilton told Entertainment Weekly afterwards. "But to be part of this team that came together to put that show on was a beautiful thing."

7. José Feliciano sings a folk version of The Star-Spangled Banner, 1968 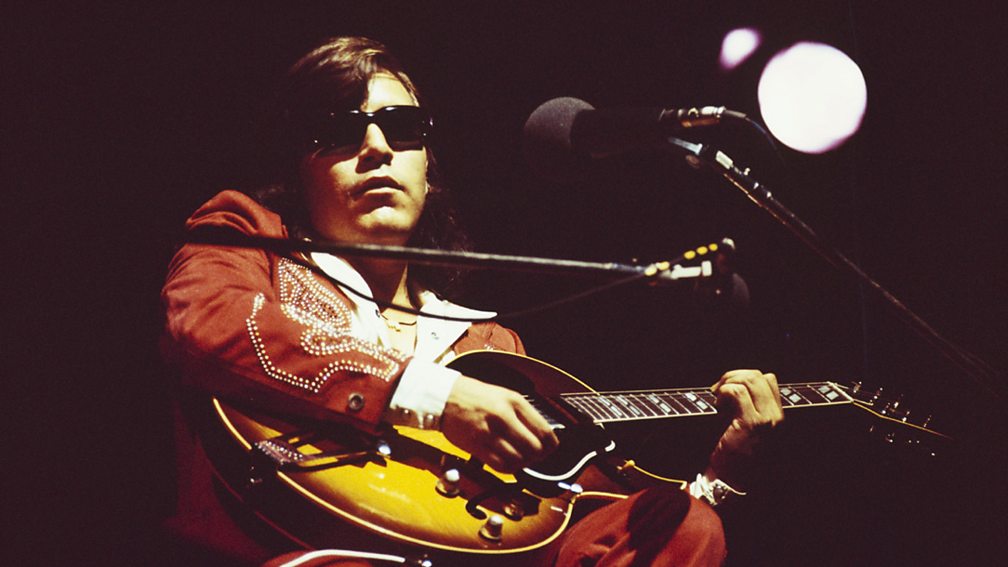 There could be a message here: don't mess with The Star-Spangled Banner, America's national anthem. Hendrix did at Woodstock in 1969, to much subsequent controversy, but he was only following in the footsteps of José Feliciano, who had performed a folk version at the baseball World Series a year before - to boos and then bans from being played by some radio stations.

"Back then, when the anthem was done at ball games, people couldn't wait for it to be over," he told the Guardian. "And I wanted to make a difference. I wanted people to sit up, and take notice and respect this song. And I was very shocked that I was booed. I really didn't know what was going on. I felt, 'God, what have I done wrong?' All I was trying to do was create a soulful rendition. I never in my wildest dreams thought I was going to have the country against me, radio stations stop playing me."

Proving, though, that blunders can lead to wonderful things, he added: "In part, it was good because I ended up meeting my wife due to it. She couldn't understand the injustice of it all and started a fan club. And I was very touched by the fact that somebody, who I didn't even know, was defending me. We met, fell in love and the rest is history."

Also, Feliciano's version of The Star-Spangled Banner is now considered a classic, as is Hendrix's. Fails? Not at all. And everyone now knows who Karen Harding is.