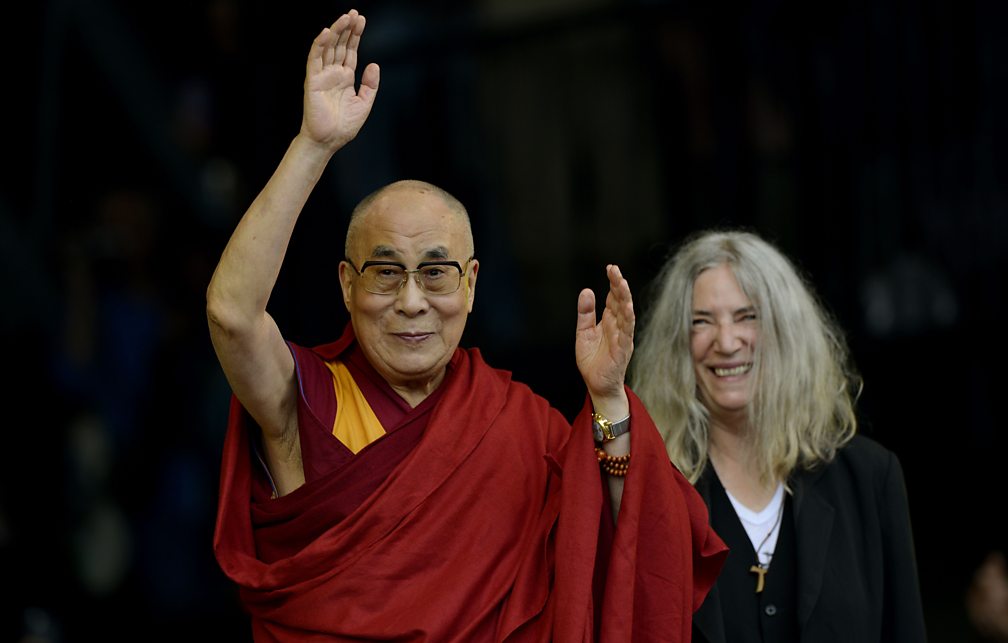 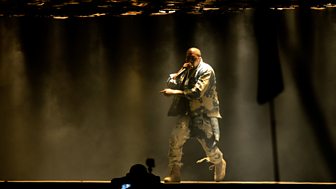 There was much speculation in the run up to Glastonbury about who Kanye (right) might bring out with him. Would he give Paul McCartney, with whom he released Only One on New Year's Eve, the nod and instantly assuage the controversy surrounding him headlining? Perhaps Skepta, who was also performing at Worthy Farm on Saturday, would be asked to invite a massive posse of other grime MCs along, Brits-style. In the end, only Justin Vernon (Bon Iver) was a special guest, which now - no disrespect to Vernon - seems rather funny. As for the other headliners - Florence and The Who - no guests at all, so it was up to other acts to bring an element of surprise to their performances. Here, in order of appearance, is the best of the guests. 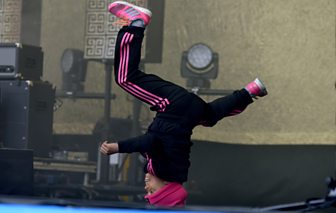 Anyone who saw the video for Jungle's 2013 debut single, Platoon, will remember B-Girl Terra's incredible moves. She was six then and can't have imagined that she'd steal Glastonbury hearts in 2015 when invited by the London-based modern soul collective to perform Platoon with them on the Other Stage on Friday afternoon in the rain. 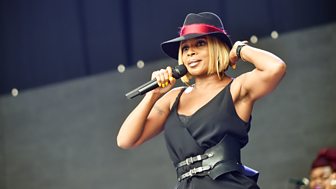 Mary J. Blige was so overawed by the (deserved) reception she received in the rain on the Pyramid Stage earlier on Friday, she was close to tears. But she had plenty of energy left in the tank for Mark Ronson, who invited her to sing his monster smash, Uptown Funk (originally featuring Bruno Mars) on the Other Stage later that day. Better still, Ronson also brought out legendary hip hop DJ Grandmaster Flash and Dr Funkenstein himself, George Clinton, 24 hours before he went head-to-head with Kanye headlining the West Holts stage with his supergroup, The Mothership Returns.

3. Jamie T has the marks to prove he performed with The Maccabees 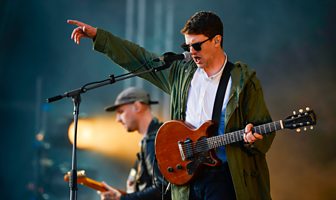 What would Glastonbury be without and proper indie-rock love-in? "It's a real privilege that he's going to come and play with us - Jamie T, everyone," said Maccabees frontman Orlando Weeks before inviting the London-based singer-songwriter onto the Other Stage with them during their Saturday evening set. They smashed through the title track from The Maccabees' upcoming fourth album, Marks to Prove It, and in the crowd was none other than the previous night's headliner, Florence Welch, an old friend of the band. Come Sunday, it was time for Jamie T to grab the spotlight alone.

4. Patti asks Glastonbury to sing happy birthday to the Dalai Lama, everyone obliges 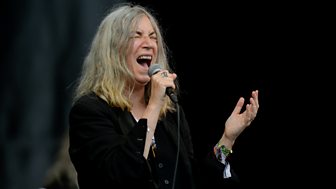 Glastonbury moments don't come bigger than this - His Holiness, the 14th Dalai Lama of Tibet on the Pyramid Stage with the High Priestess of Punk, Patti Smith. Earlier in the day, the Dalai Lama had given a talk at the Stone Circle, but this was a chance to meet the full face of his adoring public, who sung happy 80th birthday to him. Scroll forward in the above clip to 3:30 for the beginning of his inspiring speech, and also watch Patti and her band perform People Have the Power. After Patti, Lionel Richie played, making for perhaps the most memorable Sunday afternoon in Glastonbury's history.

5. Bon Iver makes it holy with The Staves 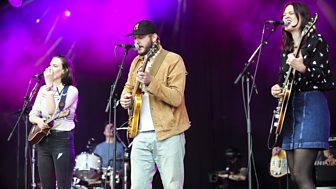 Seeing as Justin Vernon (Bon Iver) just happened to be at Glastonbury with his old mate Kanye, sister act The Staves asked him to also perform with them on the Park Stage on Sunday afternoon. They have history - Justin produced the folk group's 2015 second album, If I Was, at his remote studio in Wisconsin. 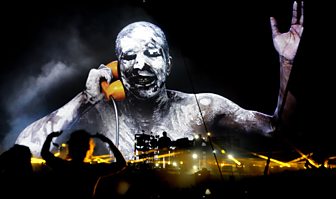 Special guests from another realm now, because The Chemical Brothers have worked out how to present dance music at a festival without looking like two blokes checking their email: distract attention from yourself by melting minds with a whole army of wild holograms and projections. Their Sunday night set was psychedelic. Even on TV. With the sound turned off. Just look at the clips/picture here! And now feel sorry for the exhausted ravers who will forever be haunted by that image.