10 great songs that got away with meaningless lyrics

"Words," as the pop poet and philosopher FR David once observed, "don't come easy," and that's a problem songwriters have had to battle with since the dawn of music. How to say the thing you're trying to get across in a way that doesn't sound either too clever, or not clever enough; how to express the inexpressible using tools that were chiefly designed to give directions.

Or to put it another way, the main business of songwriters is to try and capture the lightning of emotional states in a musical bottle and thankfully, that sort of thing doesn't require much in the way of explanation. In fact, it is often better to hint or point in the right direction with a well-chosen "la la" or "na na" than it is to spend too long worrying about the right sort of poetic imagery. Here are 10 songs that learned this lesson well.

Rock 'n' roll is the music of late nights, bad behaviour, wildness and ribald shenanigans. It has always hidden its most lascivious impulses in knowing winks and coded language (the term "rock 'n' roll" itself is, of course, a euphemism for sex). Arguably no other song encapsulates this better than Tutti Frutti - a track that Little Richard can rightly claim as a set text for 20th century pop.

The original lyric contained a fairly ripe, but relatively coded description of sex with a chorus beginning "Tutti frutti, good booty" that had been going down a storm in live performances. Cleaned up for recording purposes with the jive slang "aw rooty" (which means "how lovely"), the song manages to sound just as racy as ever, thanks in no small part to the explosive holler "A-wop-bop-a-loo-bop-a-wop-bam-boom!" which Richard would throw in at key moments. While it's been interpreted in all sorts of ways, largely from the effect it had on listeners, that cry is actually a vocal approximation of a drum break, making Little Richard not just a rock 'n' roll pioneer, but one of the earliest beatboxers on record too.

La La La is a song about the expressive limitations of words. Lyrically it describes an argument in which the singer - Sam Smith, although Emeli Sandé was also in the frame to perform it - has simply had enough of someone else's nonsense, has stuck fingers in ears and started making wordless sounds to block the world out. But of course music is another way to keep people out of your face, so as a nod to the modern world, Naughty Boy's lyric has him putting in the earbuds and "turning up the volume" to block out any further interaction, while continuing to sing out loud. So the childlike, wordless Bollywood refrain upon which the song is built exists not only to us, but also within the reality of the lyric.

Or to put it another way, in the song La La La, Sam Smith sings "la la la" to describe himself singing "la la la" while also listening to La La La.

If you stuck just to the verses and choruses (ie. the sections with real words), Bad Romance would still be a great song. It has pathos and longing and angst and a fierce sense of lust, particularly in the verses. But what it lacks is a way of getting across just how doolally Lady Gaga's passion has sent her. What she needs is a way of capturing the twin poles of despair and arrogance - a musical version of "I know this is a terrible idea but I'm damn well going to do it anyway" - created by this exceptional infatuation.

The words she chooses to do this with are perfect, starting with gibberish, stopping off at coquettish bluster and ending with a simple beckoning forefinger in her beau's direction: "Rah rah ah-ah-ah! / Ro mah ro-mah-mah / Gaga oh-la-la! / Want your bad romance."

Never has a song so capably demonstrated the difference between song and poetry as Da Doo Ron Ron. The narrative portion of the Crystals lyric is so direct as to appear bland, and relies entirely on its musical setting and the wordless refrain that surrounds it. "I met him on a Monday and my heart stood still" is a great opening line, but it is followed by, "Somebody told me that his name was Bill", which smacks of a very quick dip into a rhyming dictionary.

[WATCH] The Sons of Pitches attempt MMMBop in 10 genres

Perhaps one of the least understood songs in popular music history, MMMBop is a song about seizing that moment, carpe-ing that diem and generally making good use of the precious time you're allotted on the planet. It's there in the verses, which lament the passage of time with the vanity of youth: "When you get old and start losing your hair / Can you tell me who will still care?"

Partly thanks to Taylor Hanson's urgent and often consonant-free vocal delivery, a good deal of that message has been obscured, and this is a situation made all the worse by the chorus, which is not only entirely wordless - most internet lyric searches deliver some variation on "Mmmbop, ba duba dop / Ba du bop, ba duba dop" - but exceptionally joyful. Luckily, nothing focusses the mind on appreciating the moment like a fantastic pop song with a giddy chorus, so in a sense, it's the least meaningful sections of the song that carry its message best.

6. All Night Long (All Night) by Lionel Richie

Although this song contains a great many words with actual meanings, most of which concern a terrific shindig with Lionel Richie and his pals, it's the breakdown section in the middle which deserves special attention. Inspired by the chant in Michael Jackson's Wanna Be Starting Something - which was itself derived from Manu Dibango's Soul Makossa - Lionel called up a friend at the United Nations for the right language to help him create a great African incantation. But, as he told the New York Post, he'd given his friend too broad a brief - "Lionel, there's 101 African dialects."

So he just made up his own dialect, with sounds that suited the melody. This had the unexpected side-effect of making that section of the song appear to mean different things in different cultures: "Somewhere in that made-up language, I am actually saying something, because even to this day, we'll play India, and someone will tell me, 'Yes, you've touched on certain words in [our language].' As long as I am not cursing you out, I am going in the right direction."

[WATCH] Highlights of My Chemical Romance at Reading Festival, 2011

For a band that liked to hang extensive meaning and dramatic development onto their lyrics, My Chemical Romance also knew the value of a killer hook, especially one that required no extensive homework on the part of their audience when singing along at concerts. Everything the song has to say is best said by that nagging opening refrain, which is so lively and chipper - but slightly cross and unsettling with it - that it sounds like you're being mugged by overexcited garden gnomes.

After just 20 seconds of this verbal assault, the quickfire lyrical braindump of the verse acts as a moment of relative calm, where sanity is restored by Gerard Way describing the life of a nihilistic gang member with low morals. Then when the chorus arrives it's with a slightly altered version of that opening refrain, as if we're now in a grand opera, the gnome West Side Story, where the surly drama of the verses is amplified by the spiralling insanity of those gangs of mocking voices into something quite disturbing.

Even in its earliest form, hip hop spoke a coded language of street parties and indescribable activities, and as a result, went on to influence the development of the English language with terms such as fresh and def and diss. However, it's hard to imagine the compilers of the Oxford English Dictionary being unduly troubled by the section in Planet Rock - Afrika Bambaataa's pioneering rap track - in which he, or one of his Soulsonic Crew, elect to stop rapping with words about how fantastic they are, and just zizz their way through a verse instead.

The wordless section occurs around four minutes in, just after an instrumental break, and carries with it all the nonchalant cockiness of a band who know all they have to do to keep the party going is maintain that beat and make any vocal noise at all, and it'll be great. And they're not wrong. 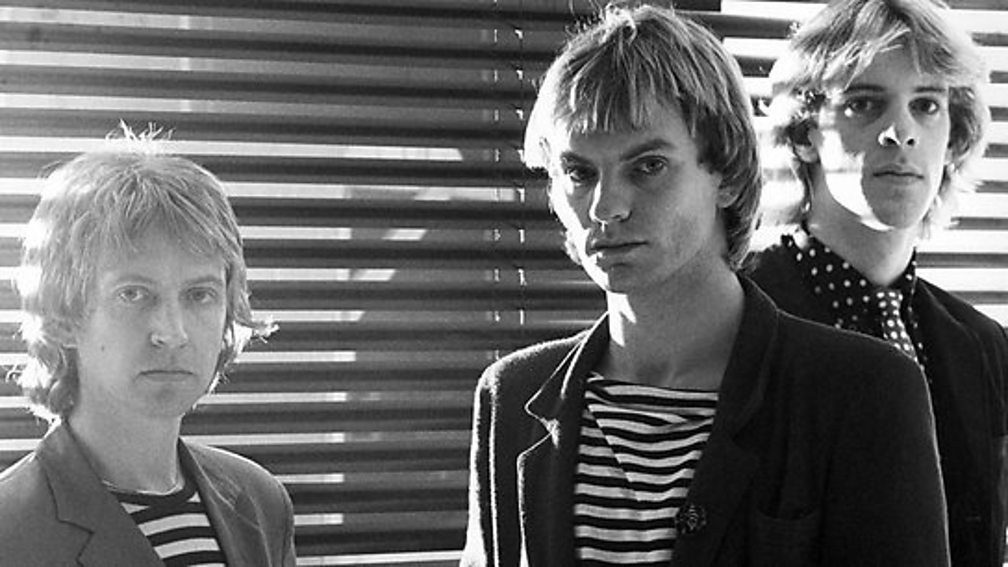 Like Naughty Boy, Sting wrote his wordless refrain about language letting him down, but his song is about music being the language of pure emotion, one that doesn't require such trivialities as grammar or spelling. De Do Do Do, De Da Da Da starts with an admission of guilt from a songwriter expected to capture emotions in lyrics - "Don't think me unkind / Words are hard to find" - before going on to explain that eloquence might get away from him from time to time, but the pure innocent joy of singing nonsense syllables in The Police is a far greater pleasure in any case.

Of course, it didn't stop people roundly mocking him for releasing a song with such a childlike chorus, but that's a hazard common to every pop songwriter. The simpler the message, the less profound it appears.

The internet is responsible for a great many strange things, and this is no exception. Eduard Khil was a Russian baritone singer, and this song is part of a tradition of wordless (but still sung) music calld vokaliz. It's a relentlessly upbeat and happy song, and to Western ears sounds not a little silly, which makes it an even more uplifting listen. This is presumably why Ant and Dec use it to psych themselves up before every audition day on Britain's Got Talent, a fact they revealed when selecting the song for their appearance on Desert Island Discs from 2014 (listen from 29:52 in).

However, to most web-friendly ears, it's the Troll Song, best known as the accompaniment to a million fake links and online tricks. It's the song that accompanies a cartoon grinning face and the hot, flushed feeling of having been lured into clicking on something that turns out not to be there. It's the song of choice for everyone who grew tired of Rickrolling and wanted something that was so effortlessly happy it sounds sarcastic.