If, as the saying goes, we all have a book in us, then songwriters - who understand rhythm and structure - should find writing fiction fabulously easy.

In reality, though, many a rock and pop star has walked the well-trodden memoir path with ease, but the fiction fairway is strewn with casualties. Could it be that creating a self-contained world in song is a very different discipline to magicking up a whole universe full of characters and plots in an 80,000 word novel?

A select few have succeeded, as we'll see, but others should have perhaps heeded the words of the late, great public intellectual Christopher Hitchens when he said: "Everyone has a book inside them, which is exactly where I think it should in most cases remain."

Cohen assaults the reader with words, images, pyrotechnics and love
The Toronto Star

Leonard Cohen was less a successful musician-turned-writer as he was a well-regarded-poet-and-novelist-turned-legendary singer. Following two poetry books published in the early 60s, his first novel The Favourite Game - a roman à clef that was heavily redacted by his publisher - surfaced in 1963. The follow up, Beautiful Losers, an experimental novel written on the Greek island of Hydra in 1964 and 65 about a love triangle, caused controversy in Cohen's home country of Canada when it was published in 1966.

Outcry or not, the book sold badly at least until his musical breakthrough in the late-60s and, since then, Cohen has received plenty of retrospective plaudits as a scribe. The Boston Herald wrote, "Brilliant, explosive, a fountain of talent," and compared his prose to both James Joyce and Henry Miller, while the Toronto Star raved: "Cohen assaults the reader with words, images, pyrotechnics and love. It's a raging, poetic, highly personal and eminently readable book." Even his first novel got reevaluated, with the Observer declaring him "a writer of terrific energy and colour, a Rabelaisian comic and a visualiser of some memorable scenes".

Cohen assaults the reader with words, images, pyrotechnics and love
The Toronto Star

A sludge of assonance and alliteration, like a bad sixth-form James Joyce impersonation
The Guardian

Morrissey's memoir was certainly keenly anticipated, so much so that it was published on an imprint - Penguin Classics - normally reserved for the great icons of literature. His first novel, List of the Lost, however - about a 1970s relay team who accidentally kill a cursed demon in Boston - was universally panned. "Aside from all this gnashing of teeth, what is the novel actually about?" Ed Cummings at the Guardian asked, adding that it was "dreadful" and a "sludge of assonance and alliteration, like a bad sixth-form James Joyce impersonation."

John Niven, writing in the New Statesman, was no less forgiving: "In terms of actual prose analysis, there are single sentences containing no fewer than seven ham-fisted hyphenated conjunctions," he grumbled. "Then there's the alliteration. Dear God, there is the endless, arch, aimless alliteration." Even the FT took aim calling it "more self-indulgent and tedious than its slender dimensions would suggest possible". Critics routinely complained how a book of 118 pages could be such a slog.

It did pick up one gong, though - the Literary Review's Bad Sex Award, who noted that one character's priapic engorgement is described as a "bulbous salutation".

A sludge of assonance and alliteration, like a bad sixth-form James Joyce impersonation
The Guardian

RATED: Nick Cave - And the Ass Saw the Angel

"It was outrageous to think that a rock star could ever write a novel," Nick Cave said in 1989 when promoting his fire-and-brimstone first book And the Ass Saw the Angel. "Part of what fuelled me is that everyone said I couldn't do it and in those days I had something to prove." Conflating his twin obsessions of the Old Testament and Elvis Presley (a literal twin obsession in the case of the latter, which informs the plot), Cave's vivid and verbose tome wowed critics when it was published and won Time Out's Book of the Year, 1990. When the 20th anniversary edition was published in 2009, the Independent said, "There is something about this material which seems so alive that it struggles out of the confines of the page." 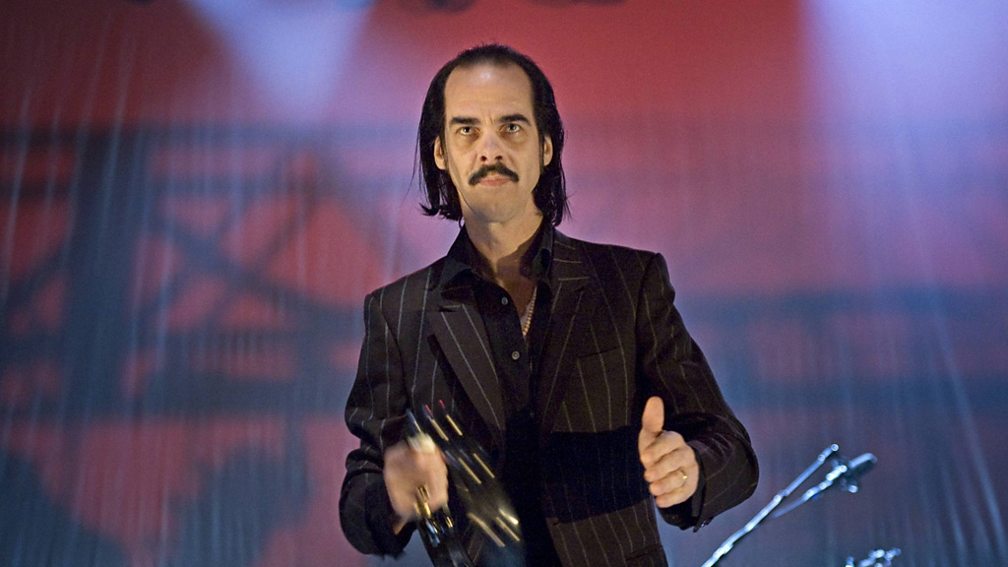 Perhaps Cave's agent said, 'My client has sheep-like fans who'll buy anything with his name on it'
The Stool Pigeon

The Bad Seeds singer proves that just because you write one acclaimed novel, it doesn’t mean everything else you write will be salavated over by the critics. Where And the Ass Saw the Angel took four punishing years to complete, The Death of Bunny Munro was knocked off in six-weeks in the back of a tour bus, and some critics felt it showed. Niall O'Keeffe at the Stool Pigeon complained about "Cave's shortcomings as a prose writer… throughout this lazy, tossed-off novel." After highlighting stylistic foibles ("It's astounding that the editor allowed Cave to get away with writing 'he looks inexplicably at the phone' or 'Bunny disimagines her clothes' or '...a young mother who has a baby welded to one salient hip'"), O’Keeffe then questioned how the book was pitched: "Perhaps Cave's agent said, 'My client has sheep-like fans who'll buy anything with his name on it - and celebrity mates who'll deliver fawning dust-jacket quotes.'" Ouch.

The Guardian's Sean O'Hagan was more generous, but nonetheless commented: "As the novel shifts in tone from darkly comic to nightmarish, you sometimes wonder, as is often the case with Easton Ellis, about the psychological well-being of its author."

Perhaps Cave's agent said, 'My client has sheep-like fans who'll buy anything with his name on it'
The Stool Pigeon

RATED: Louise Wener - The Half Life of Stars

As quirky and cool as her stage persona
Cosmopolitan

The former lead singer and guitarist in Britpop four-piece Sleeper made hay while the sun shone within an almost entirely male milieu during the 90s, as the title of her memoir - Different for Girls - attests. If a female fronting a band was such a far out concept for people to cope with back then, then her next career move blindsided almost everyone. Wener has carved out a successful niche writing fiction since her debut Goodnight Steve McQueen was published in 2002, a novel the Telegraph called "high-class bloke lit written by a woman".

Wener has penned four novels in all so far and the plaudits continue, though you're probably unlikely see her in the Paris Review anytime soon. Cosmopolitan said her third book The Half Life of Stars was "as quirky and cool as her stage persona" and the Telegraph noted that "Wener excels at American patter… very [Janet] Evanovich at her early and best".

As quirky and cool as her stage persona
Cosmopolitan 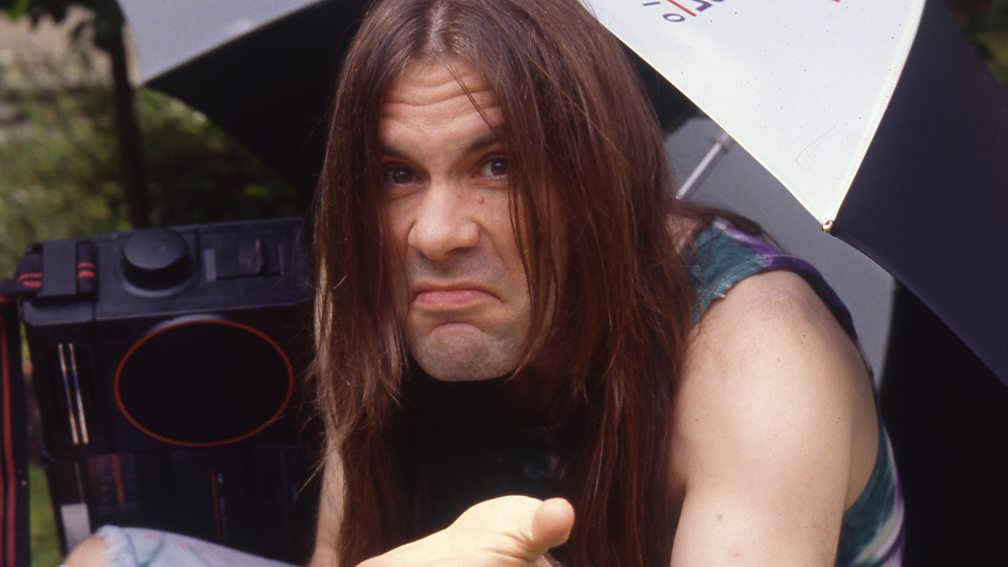 As heavy metal's most adaptable stalwart, Iron Maiden's singer Bruce Dickinson is also an airline pilot, entrepreneur and a keen fencer (he was seeded seventh in the UK when he gave up competitions at the age of 23).

Polymath or no, his talents were perceived to have come up short when he penned The Adventures of Lord Iffy Boatrace on tour in 1987. Published by Sidgwick & Jackson in 1990, the ribald, slapstick novel, with its titular inspiration coming from Cockney rhyming slang, went out of print quickly after selling around 30,000 copies (it has never been replenished).

Mat Snow of Q said, "The shock is not that Bruce is unlikely to be up for a Booker with his first novel, but how very bad it is compared to the worst piece of fiction this reviewer has ever encountered". Rock Pages however declared that, "Dickinson doesn't want to be the next huge author, however he can use his absolutely extravagant way of putting words together and create a saucy story." 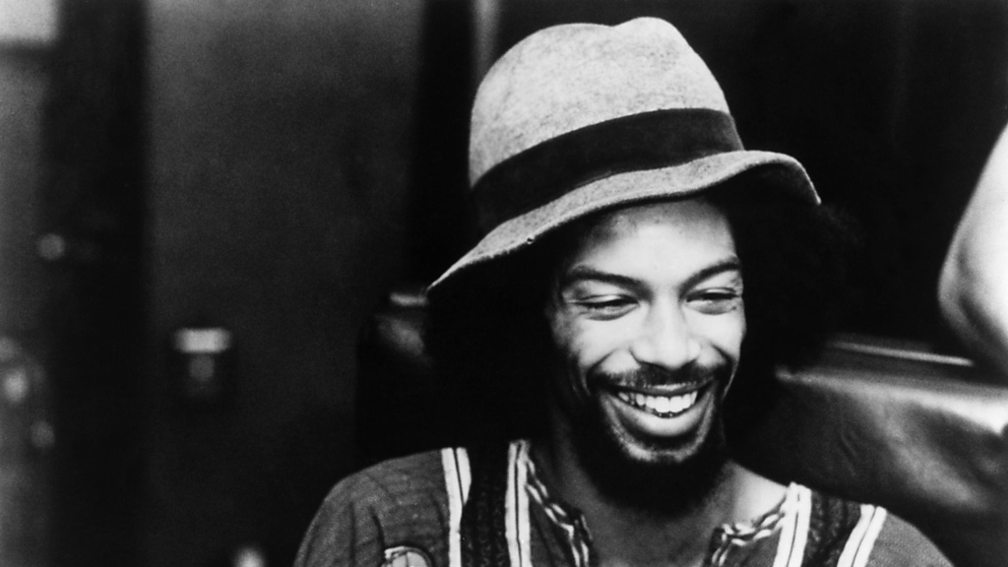 Gil Scott-Heron made the transition from jazz poet to prose writer look easy when he published The Vulture in 1970. Like Cohen, the Chicago born performer - best known for the 1971 beatnik jazz polemic The Revolution Will Not Be Televised - actually wrote his two novels before his recording career took off; The Vulture and The N***** Factory were both completed during a year off from Lincoln University, Pennsylvania during the late-60s.

The Vulture received rave reviews on its release in 1970 when he was just 21, and it's been accruing them retrospectively ever since. "For more than two decades, [Scott-Heron] has been committed to examining those facts of the human condition that most of us would rather forget," wrote the Washington Post. "He is an artist who has crafted witty but crucial insights for black America."

Er, what can we say? Gainsbourg was an immense songwriting talent!
Les Inrockuptibles

French chansonnier Serge Gainsbourg was renowned as a wordsmith in his native country, so when his first and only novel Evguenie Sokolov was published in 1980 many had high hopes. Instead we got a 90-page narrative about a man who used his uncontrollable flatulence to create works of fine art before taking his own life… and that's about it.

Although the singer killed the character off, he named a track after him on his 1981 album Mauvaises nouvelles des étoiles, an instrumental reggae song with the melody replaced by the sound of breaking wind. Gainsbourg was actually praised for his style of writing and the vigorous research that went into his supposedly parabolic tale about the arts - Evguenie Sokolov took him six years to write and he became an expert on all things gastrointestinal. The publisher apparently whittled his 500 pages down to a novella, which, to many, still seemed excessive for a story based on one puerile joke.

"It's the story of a flatulist who commits suicide by natural gas," wrote French magazine Les Inrockuptibles recently. "Er, what can we say? Gainsbourg was an immense songwriting talent!"

Er, what can we say? Gainsbourg was an immense songwriting talent!
Les Inrockuptibles

Gerard Way proved there was more to him than just being the frontman of multi-million-selling New Jersey alternative rock band My Chemical Romance, back when they were still a going concern. Way, alongside illustrator Gabriel Bá, wrote a series of graphic novels called The Umbrella Academy about a dysfunctional family of superheroes who pit their wits against zombie-robot Gustave Eiffel. As you do. While not a conventional novel, the first volume was the most successful of its kind in 2008, and it's been made into a 10-part live action series starring Ellen Page that will be available for streaming this year. The graphic novel also won a Will Eisner Comic Industry Award (the comic industry's equivalent of the Academy Awards). NME said it was "no surprise that Gerard Way's graphic novel The Umbrella Academy is being turned into a film".

The mid-60s was a time of psychedelic experimentalism, which meant plenty of streams of consciousness outpourings, whatever the media. Much was expected from folk's premier poète maudit, though the explosion of poetry and prose in Tarantula failed to move the literati. The celebrated New York Times critic Robert Christgau wrote in 1971 that Tarantula wasn’t "a literary event, because Dylan is not a literary figure" and that "Dylan's relationship to literature as a discipline was always ambivalent. In fact, even to call it ambivalent is to point up the confusion - it was actually downright hostile."

Forty-five years later Dylan no doubt confounded Christgau and many others besides when he was awarded the Nobel Prize For Literature, although it’s surely safe to say, as Rolling Stone did, "He didn't win for Tarantula, his famously indecipherable blown-off novel."