7 life hacks for problems only pop stars have

Every job has its own unique set of problems, and the people who've done those jobs for a while often find quite ingenious tricks to get around them. And while being a performing musician isn't a job quite like any other, it is still a job and there are still common issues that crop up, which will require a few smart life hacks to get around them.

The fact that these issues affect famous pop stars - just getting to the shops and back isn't an insurmountable issue for most of us - doesn't reduce that need. So here are just a few tricks the pros have used to make their working lives a little easier.

1. To avoid being recognised, carry a foreign newspaper

[LISTEN] David Bowie on his family and his private persona

People think: that's David Bowie, surely? Then they see the Greek newspaper - no, can't be, just some Greek guy who looks like him

How does one get around New York if you happen to be a rock superstar, like David Bowie was? Simple - play on people's natural instinct not to believe their eyes, and use a handy prop to throw them off the scent.

The writer William Boyd recently told the Guardian about a party he attended in 1994, at which Bowie turned up in a taxi like he wasn't, y'know, Bowie: "As I arrived I saw Bowie stepping out of a yellow cab and paying the driver. Greeting him and vaguely surprised to see him in this form of transport I asked him if he ever had any problems moving around the city. Not at all, he said, he happily used cabs and subways.

"'I just carry one of these,' he said, and held up a Greek newspaper. People think: that's David Bowie, surely? Then they see the Greek newspaper - no, can't be, just some Greek guy who looks like him."

People think: that's David Bowie, surely? Then they see the Greek newspaper - no, can't be, just some Greek guy who looks like him

2. When stuck in London after a gig, sleep on the Tube

I'd play a gig, wait until 5am when the Underground opened, sleep on the Circle Line until 12, go to a session - and then repeat

The life of a touring musician is tough, especially when you don't have a home base to go back to because you're constantly travelling. In the early days of his career, Ed Sheeran had to find a series of inventive ways to ensure he got enough rest between gigs without blowing all of his gig money on hotels. He would sleep on friends' floors and sofas, or if he was in London and nothing else was available, he'd stay up late, then sleep on the Underground.

As he explained in his book A Visual Journey: "I didn't have anywhere to live for much of 2008 and the whole of 2009 and 2010, but somehow I made it work. I knew where I could get a bed at a certain time of night and I knew who I could call at any time to get a floor to sleep on... I spent a week catching up on sleep on Circle Line trains. I'd go out and play a gig, wait until 5am when the Underground opened, sleep on the Circle Line until 12, go to a session - and then repeat."

I'd play a gig, wait until 5am when the Underground opened, sleep on the Circle Line until 12, go to a session - and then repeat

3. Remove the stress from touring by faking aviophobia

We were so in demand that I figured if I said I was scared of flying, we could cut down the number of things that I did

Robert Smith of The Cure hit upon a neat way for the lead singer of a hugely popular touring rock band to avoid having to deal with all of the stressful demands on his time; travel slower. In fact, he told his record label that he had developed a phobia of aeroplanes, which meant he had to travel everywhere by boat or train, and in pre-wifi days, that meant being effectively out of contact for days on end.

He told Blender magazine: "Around the time of Disintegration, we were so in demand that I figured if I said I was scared of flying, we could cut down the number of things that I did. Saying we had to sail everywhere or take trains, I could have days off travelling. So for about three years, 1989 to 1992, I kept the pretence that I had this phobia about flying."

It wasn't a foolproof plan, however. He did find that the opulence of his transatlantic trips could be just as wearing: "We did two American tours sailing over on the QE2, which was very civilised. The first time we did it, I arrived in America shattered - it was five days in a boat with, like, 47 bars and a casino. It was like a tour before a tour."

We were so in demand that I figured if I said I was scared of flying, we could cut down the number of things that I did

4. To ensure safety standards are met, demand a bowl of sweets 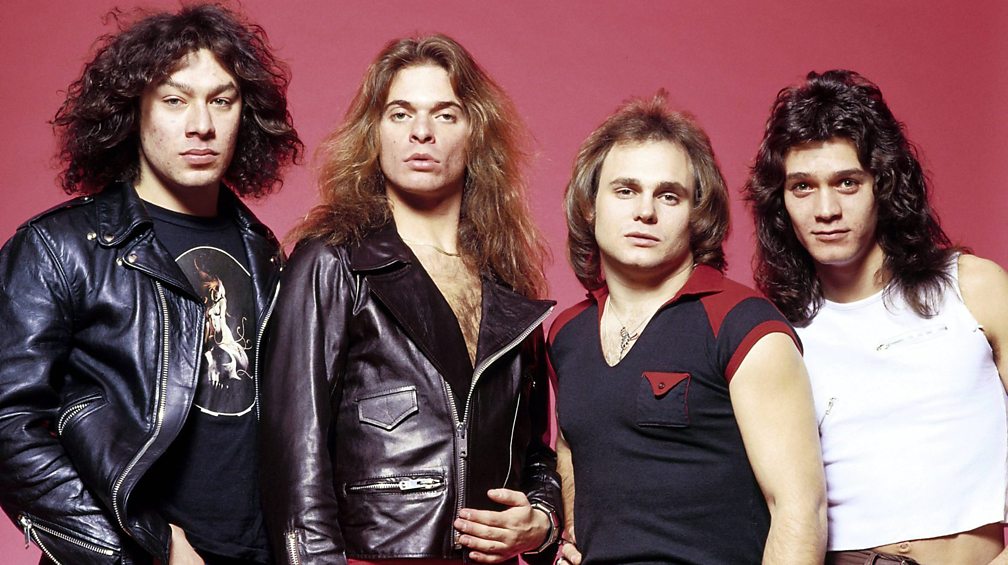 If I saw a brown M&M… line-check the entire production. Guaranteed you're going to arrive at a technical error

Van Halen's infamous and very specific tour rider request to have a bowl of M&Ms backstage with all the brown ones taken out is often held up as a lesson in rock star indulgence; a silly whim created just to make someone's life harder and the band feel more powerful. In fact, this isn't entirely true. The clause was deliberately inserted at a random point in the band's contract - with the assurance that the gig would be pulled if the wrong colour sweets were found - to make sure all of the details were actually read by the promoters and that Van Halen's elaborate staging requirements were met properly, including the less frivolous safety clauses.

As David Lee Roth explains in his autobiography Crazy from the Heat: "When I would walk backstage, if I saw a brown M&M in that bowl… well, line-check the entire production. Guaranteed you're going to arrive at a technical error. They didn't read the contract. Guaranteed you'd run into a problem. Sometimes it would threaten to just destroy the whole show. Something like, literally, life-threatening."

If I saw a brown M&M… line-check the entire production. Guaranteed you're going to arrive at a technical error

5. To reduce your carbon footprint on tour, think laterally

[LISTEN] Colin Greenwood of Radiohead on the importance of small venues

The two things that a touring musician relies upon more than any other are electricity and fuel. The problem is, excessive use of both of these - particularly the fuel used by thousands of fans travelling to and from gigs - can have a huge impact on the environment, so rock and pop stars are always on the lookout for ways to reduce their carbon footprint.

Radiohead appear to have gone further than most. When setting up their Carbon Neutral World Tour in 2008, they avoided using carbon offset schemes in favour of more direct action; booking gigs in venues with really good public transport links, actively encouraging fans to carpool, having stages built specially on either side of the Atlantic to keep transport fuel costs down, using trucks that run on biofuel, restricting their lighting rig to LED-only and avoiding air travel wherever possible.

Thom Yorke told the Guardian that he was so concerned about the band's impact on the environment, he was contemplating taking the band off the road: "The way that tours are structured now and the way it works is a ridiculous consumption of energy... I would consider refusing to tour on environmental grounds, if nothing started happening to change the way the touring operates."

6. When the limo won't get you to Wembley on time, use public transport

Bill Gibbons of ZZ Top has to be one of the most instantly recognisable of rock stars, thanks to his extravagant beard, but this did not put him off travelling to one of his own gigs on the London Underground in 2009, although his trip to Wembley Arena didn't go entirely to plan, as he explained to BBC News: "Being the consummate tourist, I wanted to ride the Tube. Someone said, 'You know it may not be that bad of an idea because travel in London has not been known for its expedient way to get from A to B.' And off I went - it's only a block from the hotel down to the station, and no sooner had I bought the ticket the agent informed me that the Circle Line had broken down."

He then had to take a bus to a different Tube station along with everyone else heading out there to see him perform: "There was a guy on the route that was checking me out and it was getting a little edgy, and then I realised that he was looking at a ZZ Top concert ticket for the Wembley show."

When asked if he'd do it again, he replied, "Well, I may in the future. I beat my partners by 45 minutes."

7. Write the name of the city in which you're performing on your setlist 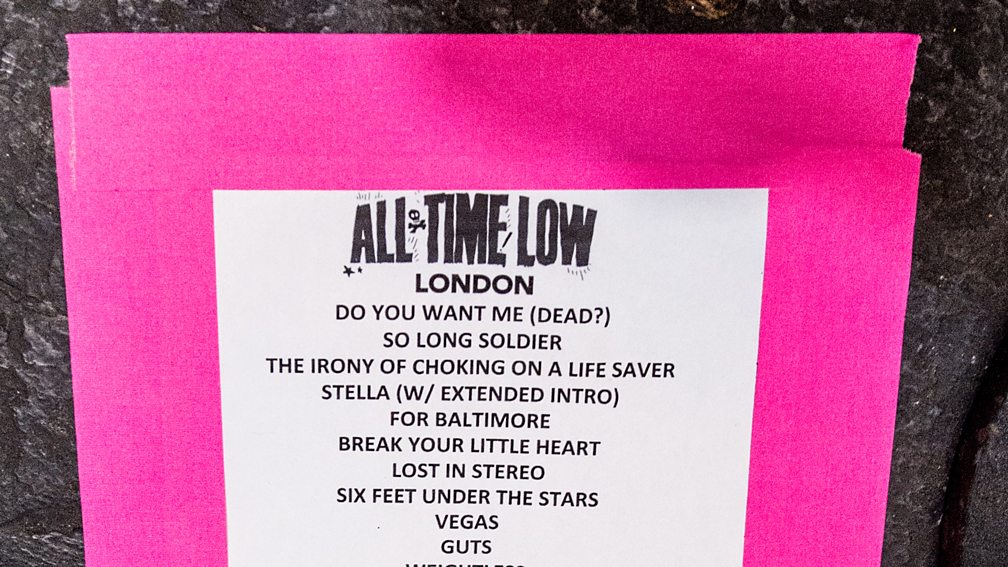 No touring musician has escaped the furore that results from calling out the wrong city in the middle of their performance. Britney Spears failed to hype up a Manchester crowd by shouting, "What's up, London?" in 2009, as reported by the Mail, and once confused San Jose with Sacramento. More recently, Guns N' Roses were booed in Australia by a Melbourne crowd when a tech yelled, "Hello Sydney!"

So the key is to have the name of the city in which you're performing written in as many places as possible - on a piece of paper stuck on your monitors, on your hand, on the toe of your boot - and hope that the combination of jetlag and the passion of the moment don't temporarily addle your senses.