This page has been archived and is no longer updated.Find out more about page archiving.
Schedule
BBC Radio 1
Radio 1's Teen Awards 2017

As part of the Teen Awards we celebrate the selfless, brave and exceptional achievements of young people aged between 12-17.

Whether they've acted selflessly, inspired others within their community or displayed courage and bravery in a tough situation, we'll be celebrating their achievements at the SSE Arena, Wembley on Sunday 22nd October. 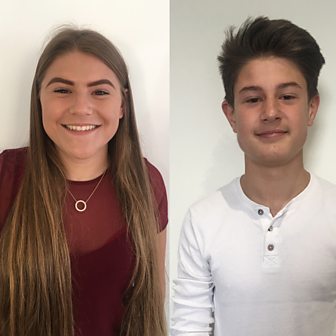 My Mind & Me Teen Hero Award for Mental Health Winners

Holly and Oliver offer psychological, emotional and physical care to their mum, who suffers from dissociative identity disorder with complex post traumatic trauma. Over the last 18 months Holly and Oliver have set up a charity called ‘The Adams Movement’, with their older brother. The Charity focusses on supporting other young carers who have a parent or guardian with mental health difficulties and aims to reduce the stigma by encouraging schools to talk about all types of mental health and providing information on mental health conditions to young people. The charity also offers one-to-one mentoring with other young people with similar experiences. Having been through the care system herself, Charlotte is passionate about changing the future of care and uses her own experience to influence nationwide policy. She has been a member of LINX, Lancashire's Children in Care Council run by children's charity Barnardo’s, for 3 years. Charlotte, along with other members of LINX, has been instrumental in bringing about positive changes for children and young adults in care. Charlotte has also worked with the Office of the Children’s Commissioner for England (OCC), taking part in consultation groups with other children in care from around the UK. 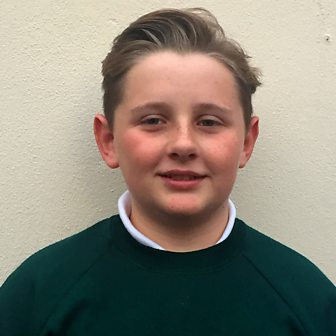 Harrison inspires other children with tackling obesity, anxiety and depression, after he dramatically turned his life around through exercise and changing his diet. Harrison documented his own journey via social media, inspiring other children to follow in his footsteps. Harrison now trains with other young people and advises them on healthy packed lunches as well as working with caterers at his school to ensure other pupils are eating healthily. Harrison has spoken at a Public Health Seminar about child obesity, has written blogs for UK Active and is a child ambassador for school nurses.

When Grace was 9 years old she designed a sign to go on accessible toilet doors which she hopes will change attitudes across the UK and beyond. Grace’s goal is to change the perception that disabled toilets are not only for people with visible conditions. Grace has received support for her campaign from Scottish Parliament and the sign has been installed at Edinburgh Airport, garden centres across the UK, shopping centres in Bromley and Newcastle’s Metro Centre.

Keira has a condition called Ulcerative colitis. She has spent a lot of time in hospital over the last 5 years and has now had her bowel removed. Inflammatory Bowel Disease can be an embarrassing condition for some, but Keira has always been open and honest about her diagnoses, advising others with the same condition on the acceptance of living with a stoma. Keira has also raised funds for Crohn’s and Colitis UK and The Breakaway Foundation – The Buttony Bear Project.

Calvin has Asperger’s syndrome and in the past, has suffered with severe anxiety, clinical depression and psychosis. Calvin has spoken about his personal experience at a number of events, on radio stations and in total has performed at over 200 charity and community events. With support from Dorset Mind and his family, Calvin created, planned, organised and executed a 3 day fundraising music event, which took place in three venues, covering three decades of music.

Ellie inspires others by sharing her story about her transgender journey and first presented her story at an emotional wellbeing conference to over 100 staff from primary and secondary schools. Ellie wants schools to be more inclusive environments for children having explorative thoughts around gender and sexuality and has worked with her mum to put together a lesson plan for Barnardo’s charity to deliver in schools across Buckinghamshire, to raise awareness about gender identity.

Tofi is a poet and wordsmith who has been inspiring people of all ages since the age of 7, using his creative talent to make a difference in his community. With a passion to see change in society, Tofi contributes to projects raising awareness of mental health among his peers and was part of the ‘Young Minds’ project, which use Grime music to encourage people to express their feelings about their mental health and break taboos by sharing their thoughts.

Rafe was diagnosed with a malignant high grade brain tumour when he was 4 years old and spent 15 months at Great Ormond Street Hospital having lifesaving treatment. Despite removing the tumour, the surgery left him with a number of side effects and he still receives monthly treatment. Whilst going through chemotherapy, Rafe would buy stickers for the other patients on the ward to help cheer them up, and has since raised £12,000 through regular plant and cake sales to say thank you for the care he received at the hospital. He grows the plants and bakes the cakes himself. Rafe is also a St John Ambulance Cadet and Trainee Lifeguard. He would love to be a paramedic when he grows up.

Katie has a connective tissue disorder called Ehlers-Danlos Syndrome (EDS), as well as other chronic illnesses which have caused her to spend a large amount of time in hospital. After she received a handmade card from a friend Katie decided she wanted to do a similar thing for other children and started ‘Cards for Bravery’, to help brighten the days of other hospitalised and seriously ill children and teens through positive, uplifting, handmade cards. Katie has sent over 6,500 cards to over 7 different hospitals around England as well as ‘Bravery Packages’ - packages of gifts for very ill children and teens.