Given that their job is to play pop music and enthuse about how wonderful it is, it's no surprise that Radio 1 presenters have had a go at making their own records down the years.

Some have made serious attempts to translate a broadcasting career into pop stardom, while others, like Nicky Campbell, have maintained an active, but discreet involvement in the creation of music. And then there are the spoofers, such as Chris Moyles and Mark Radcliffe and Marc Riley's comedy duo The Shirehorses, who released albums of contemporary pop songs that were given alternative lyrics, just like The Barron Knights used to do.

But if there's a common thread, it's a kind of musical carpe diem, in which radio presenters put out records to try and capitalise on a perfect moment - a catchphrase, a popular idea on air - and turn it into pop gold. Or unadulterated cheese.

1. Tony Blackburn - So Much Love 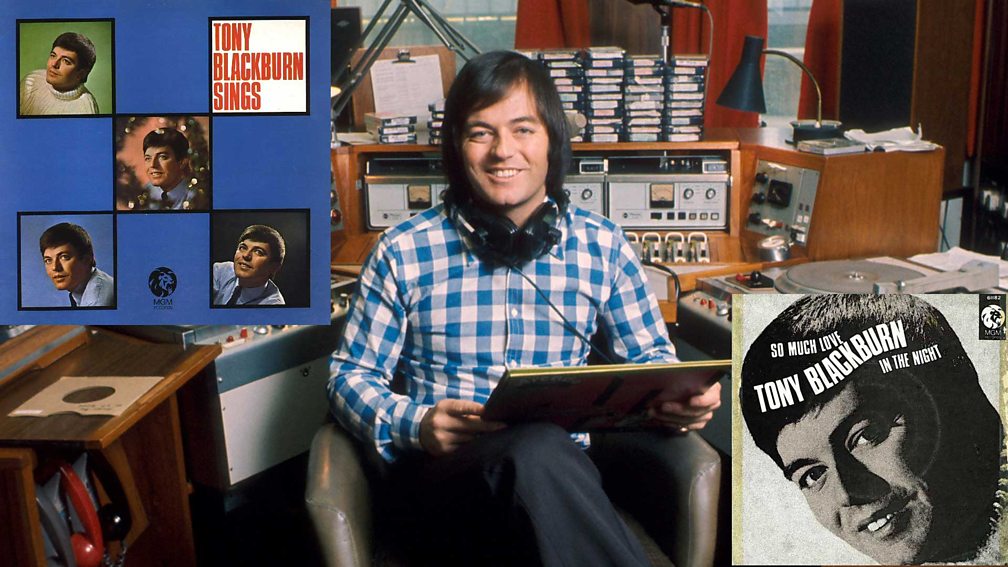 The noteworthy thing about Tony Blackburn's many sincere attempts at a singing career - across 14 singles and three albums - is that it was often fairly easy to spot which current hit his songs were modelled on. Don't Get Off That Train, for example, appears to have been fashioned from leftover bits of Twenty Four Hours From Tulsa, while Here Today Gone Tomorrow has the same skippy beefiness as It's Not Unusual by Tom Jones.

On first listen, So Much Love appears to owe a good deal of its structure to The First Cut Is the Deepest by Cat Stevens, but here's the thing: So Much Love was written by Brill Building stalwarts Gerry Goffin and Carole King, and released as a single by Ben E. King in 1966. Cat Stevens had already written his song by then, but no one had recorded it, so in this instance, it's more of a musical case of great minds thinking alike, although Tony, for all of his vocal charm, is no Ben E. King.

And if you think it's a little unfair to accuse Tony of being cheesy in this instance, let's not forget that his last attempt at chart fame was a 2007 update of I Am a Cider Drinker by The Wurzels, featuring the actual Wurzels.

2. Arnee and the Terminaters - I'll Be Back 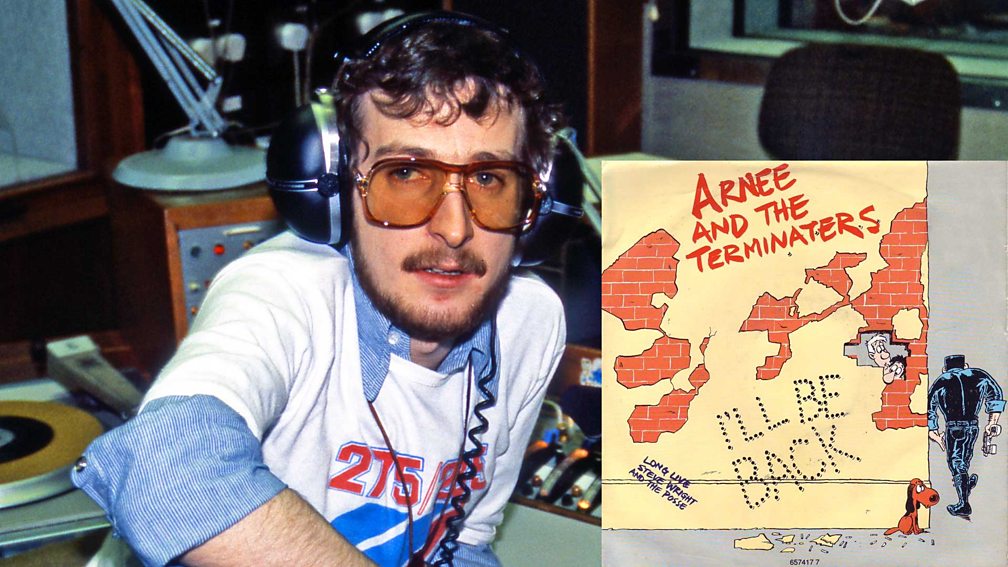 Like a few of the DJs in this list, Steve Wright's musical efforts were always intended to be a bit of fun, leaving the judgement as to their cheesiness as a matter of personal taste. His singles Mr Angry, I'm Alright, Get Some Therapy, all came out of huge audience affection for the comic characters and catchphrases in his Radio 1 show, as was this song, his biggest hit to date.

I'll Be Back - released in 1991 under a name that was misspelled with legal precision - was based on a recurring Arnold Schwarzenegger impression used on Steve's Radio 1 show, key lines from which were placed into a musical context, amid lyrics such as, "It's not that I'm ill-mannered or a psychopathic hater / I just like to be treated right like any Terminator." It got to No.5 in the charts, necessitating a Top of the Pops performance in which an Arnie lookalike sat on a motorbike while Steve and friends manned their synths and looked suitably ravey.

There is no doubting that Terry Wogan's spirited rendition of this fine old Cornish ditty is cheesy, but it's intentionally so. If there's a joke, everyone is in on it. In 1977, having made the move from Radio 1 to Radio 2, Terry could be found singing over the top of the instrumental No.2 hit version of the song by the Brighouse and Rastrick brass band, to warm applause from his devoted fanbase. So he recorded a version with the Hanwell Band and released it as a single in 1978.

Terry's version reached No.21, which necessitated a performance on Top of the Pops, sung live to a backing tape by a broadcaster who was clearly not trying to become a pop star. 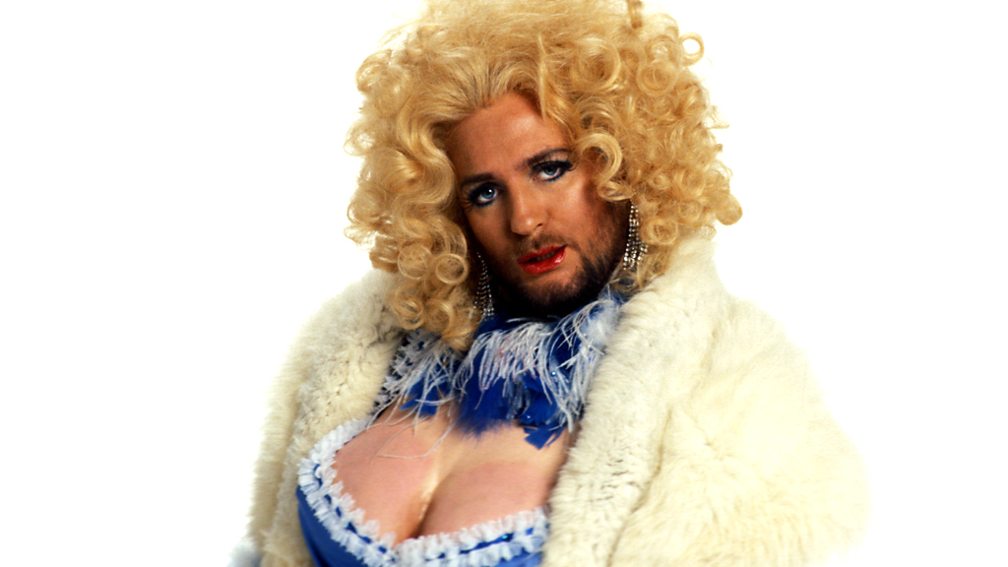 While no one doubts Kenny Everett's unique gifts as a broadcaster, few things have aged as poorly as people having a go at rapping during the early days of hip hop, especially when they feel the need to signify that they're rapping, by talking about the rapping that they're currently doing. Snot Rap does this rather a lot, although arguably it's his characters - the devil-may-care rocker Sid Snot and the smutty American actress Cupid Stunt - that are struggling with the form, not Kenny himself.

Key lines include Cupid's "I thought a rap was something you wear / You know around your shoulders and the rest is bare" and Sid's "It's a load of verbals, it don't make sense / It's all off the wall of the local gents", with the sign off "It's a rap!" every few lines and a chorus based on Cupid's catchphrase "it's all done in the best possible taste". And if this sounds like an unlikely recipe for a smash hit, it's worth bearing in mind that Snot Rap got to No.9 in 1983. 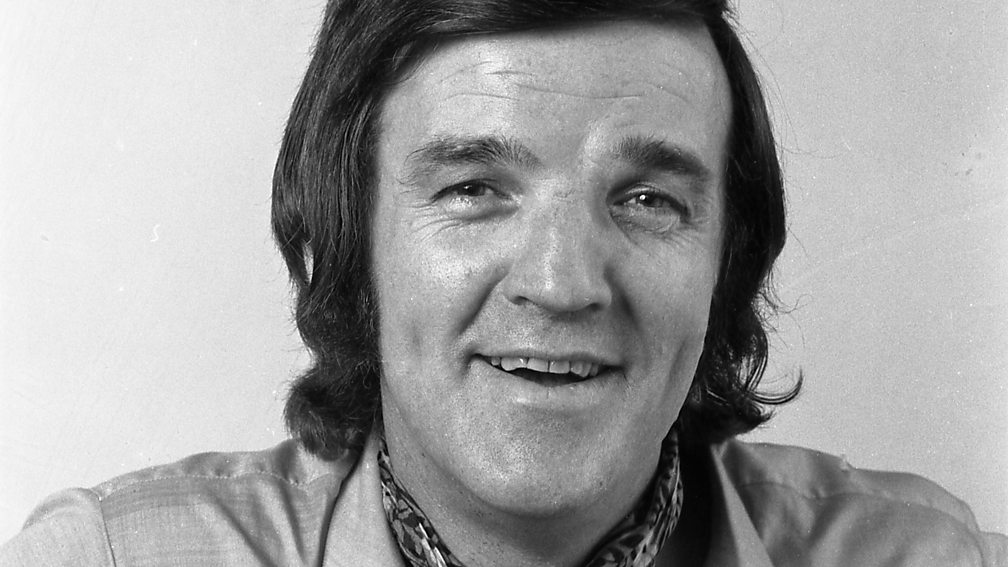 Alan Freeman's voice is unique, a kind of excitement foghorn that made everything he talked about sound important, but also giddily fun. So you'd think a song in which he exhorts dancers to shake their stuff to a hot new trend from the States would be quite the hot waxing. Unfortunately Madison Time is a game attempt - in 1963 - to jump on the bandwagon of a dance craze that was already on the wane.

The Madison was a kind of line dance, popular in the late-50s, with choreographed steps such as the Double Cross, the Jackie Gleason, the Birdland and the Cleveland Box. Alan does not mention any of these, or offer any instruction as to how to perform the dance, preferring to shout generally supportive phrases, such as "It's madison time!", "Keep that line straight" and "you're looking good!", which could easily have come from any number of similar dance instrumentals.

The irony is that the BBC's iconic presenter of Pick of the Pops - the man whose theme music At the Sign of the Swingin' Cymbal is synonymous with the Top 40 - released a song that was one of the worst-selling singles in the history of Decca Records.

6. The Shooting Stars - My Christmas Card To You

YouTube: My Christmas Card To You, The Shooting Stars

Mike Read was Radio 1's breakfast show presenter for five years in the early-80s, and one of his trademarks was that he'd bring his guitar into work and play a song or two, because he was tremendously keen on being a musician. He released a 1979 new wave single called High Rise under the name The Trainspotters, and a year later, as The Ghosts, released My Town. In 1983 he even wrote the lyrics to Cliff Richard's Top 30 hit More to Life, and in 1991 had a spoken-word part as a radio DJ on Slade's last musical hurrah, Radio Wall of Sound.

Then there were the two singles he released after his appearance on I'm a Celebrity... Get Me Out of Here - Jungle Rock and In the Summertime, both released with Neil 'Razor' Ruddock and Lord Brocket under the name The Jungle Boys. And, in 2005, his song Grief Never Grows Old was a No.4 hit for One World Project, released in aid of tsunami relief. He likes to have a go, is the point.

And that's the best light in which to view this festive ditty, released in 2009 in aid of a children's hospice charity. The video features some of Mike's celebrity friends, such as 'Diddy' David Hamilton and Dave Hill from Slade, and it's a song about sending a song as a Christmas present. Given Kenny's efforts above, we should probably be grateful that this is one musical gift that has been left unrapped.

Mike's predecessor in the Radio 1 breakfast show chair, Noel Edmonds has the unique distinction of being the only DJ on this list to have directly inspired a No.1 song. The 1993 Christmas No.1 Mr Blobby, by Mr Blobby, came directly from the anarchic character in his Saturday night TV show Noel's House Party. But, curious and impressive phenomenon as this may be, it is by no means the most remarkable record Noel has been associated with.

In 2013, Noel and his wife Liz Davies worked on a dance track with DJ Mark Loverush, attempting to make a few ribald winky gags from his catchphrases on Deal or No Deal. It's a curious thing, and according to Noel, entirely Liz's idea, although she refused to take the credit. He told the Sun: "I recorded a few lines but Liz is the brains behind it. I decided to bounce it off a few experts to see what the reaction was. That’s how it started. Liz was adamant it wasn't under her name as she didn’t want to be seen as hanging off my coat-tails."

So, and this is the best bit, they decided to release the song under the name Candice Cannes, which is also the name Noel gave to the dummy of a human woman that he puts in the back of his London taxi when driving it around, to prevent people from flagging him down.