8 fictional DJs who could really rock a party 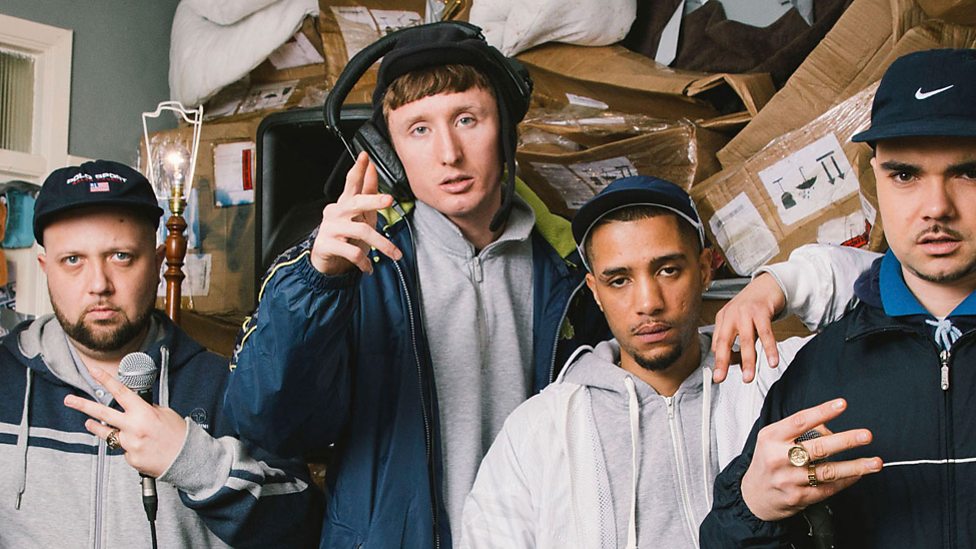 DJs are a misunderstood bunch. Every great party needs a great DJ to set the tone and provide a suitably uplifting soundtrack. It's a key role without which a night out would fall flat. Yet popular culture has generally portrayed DJs as self-important airheads, in love with their own ability to play one record after another. Fictional DJs who give the craft a good name are few and far between, but here are eight made-up selectors guaranteed to get the dancefloor bumping.

1. DJ Steves (People Just Do Nothing) 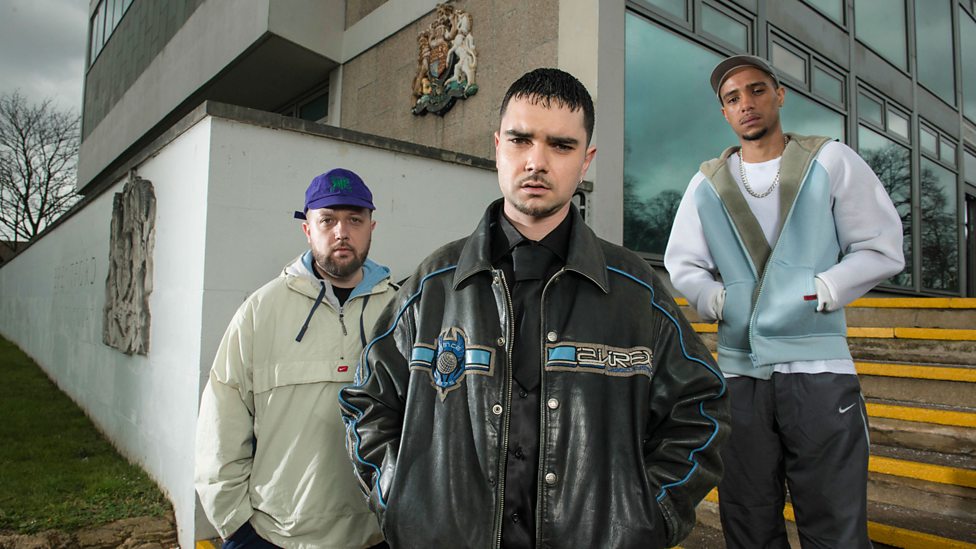 Kurupt FM’s resident space cadet has really come into his own in the latest series of People Just Do Nothing, not least in the episode (above) when Grindah has to go to court and Steves is left in charge of the station to regale listeners with a marathon set of garage, vocal garage, speed garage, darkside garage... and maybe a bit of drum 'n' bass for variety. It all starts so well for Steves with a shout-out from his nan, but as he dips further into her “care package” of prescription pills, he starts to lose the plot. When Grindah and Beats return to Kurupt FM after the court case, they find Steves cowering in a corner, muttering about the Illuminati. Restrict him to an hour-long set and it would be pure fire.

Released 17 years ago, Human Traffic is one of the few films that has successfully captured the euphoria and silliness of British club culture. Among its colourful supporting cast was DJ Koop, the smooth-talking record shop employee in the ‘Junglist Movement’ T-shirt, who’d flog rap vinyl for inflated prices by insisting that the “price of hip hop albums goes up when the gangstas get locked down”. One scene also showcased his impressive turntablism skills… until it was revealed that he was simply miming along to a track by real-life scratch DJ Mad Doctor X. These days of course, DJ Koop could just press play on his laptop and point at the crowd like most EDM superstars. 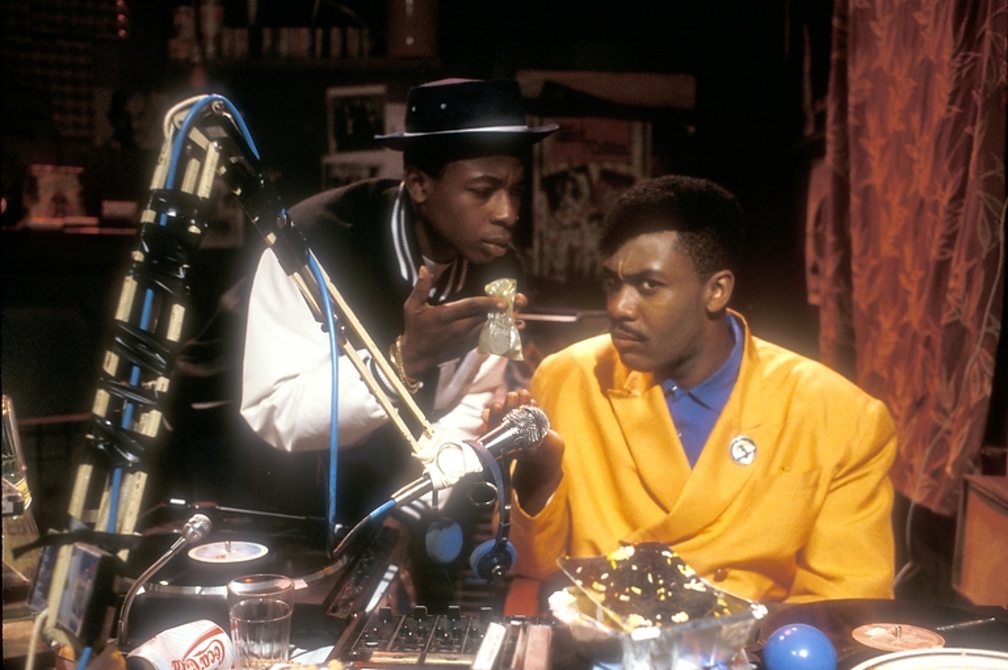 30 years before Kurupt FM, there was Delbert Wilkins of The Lenny Henry Show - the original BBC sitcom about a pirate radio DJ. Broadcasting live from a room behind a greasy spoon in Brixton, Wilkins was a preening motormouth who dressed like Larry Blackmon from Cameo and had schoolkids across the land calling everything “crucial” and “sponditious” for at least a couple of months. The slang may have dated but Delbert’s voluminous lemon suits and hi-top fade still look pretty fly - and his winning mix of reggae, electro-funk and early hip hop would surely light up any party.

Credible dramas about club culture are rare - just have a look at recent Zac Efron vehicle We Are Your Friends for an example of how badly Hollywood gets it wrong. But Mia Hansen-Løve’s 2015 film Eden was a decent effort, set in the French touch scene of the 90s that gave rise to Cassius, Étienne de Crécy and Daft Punk (the reclusive duo even bless Eden with a brief cameo). Crucially, the characters are believable, the clubs are real and the music is great. In the film, Paul’s DJ career hits the buffers, he has a cocaine-induced breakdown and ends up working for a vacuum cleaner company. But we’d still book him for a set of pumping underground garage and French filter-house.

neverusejoechinschains - Have a DJ PJ

Before Guitar Hero and Dance Dance Revolution there was cult Japanese PlayStation game Parappa The Rapper, which required you to tap buttons in time to the flow of the titular rhyming pooch. His best friend was a sleepy, donut-loving bear called PJ Berri, who had a residency spinning tunes at a pumping joint called Club Fun (possibly the source of his apparent lethargy). The final level of the game took place on stage at Club Fun, with PJ cueing up some party hip hop sounds for Parappa and friends to rap over. With fellow clubbers including a gregarious purple flea with a passing resemblance to George Clinton and a karate instructor with an onion for a head, it certainly looks like our kind of get-down.

[WATCH] Tim and Dawn finally kiss at the office party

Laconic, scotch egg-munching accountant Keith stole several scenes in The Office, notably his inability to engage with the appraisal process and his appearance on Red Nose Day dressed as Ali G. He was also Slough’s answer to Larry Levan, a mainstay behind the decks at every Wernham Hogg party. Like all great DJs, he knew the right tune to play at the right moment, dropping Yazoo’s electropop weepie Only You just as Dawn walked back into the office and kissed Tim.

Big tune: Yazoo - Only You

Played with relish by Rhys Ifans, superstar DJ Eyeball Paul is a grotesque - but still recognisable - parody of the 90s Ibeefa caner. He’s a lecherous creep with a stupid wispy goatee who imbibes vodka via his eyes (hence the name), belches in people’s faces and gets incredibly touchy if anyone goes near his record box. Accordingly, the only people who think he’s cool are idiot teenagers Kevin and Perry. But you have to admit that when he drops Signum’s trance banger Coming On Strong in Amnesia, it’s a definite ‘moment’.

Admittedly, AP is renowned more for his incisive interviewing skills and forthright opinions on hot topics such as the pedestrianisation of Norwich city centre than he is for his musical selections. He is often mocked for his preference for Wings over The Beatles or REO Speedwagon over R.E.M. But as Guardian critic Alexis Petridis points out, Alan’s music taste is “surprisingly great”, championing acts such as Sparks, China Crisis and Gary Numan - all intriguingly just to the left of the 80s pop mainstream. Befitting his renaissance as a low-level action hero in Alpha Papa, his in-car playlist has definitely become more toe-tapping of late. As they say in north Norfolk: No Partridge, No Party.