This page has been archived and is no longer updated.Find out more about page archiving.
BBC Music Jazz

The Absolute Beginner’s Guide to Jazz 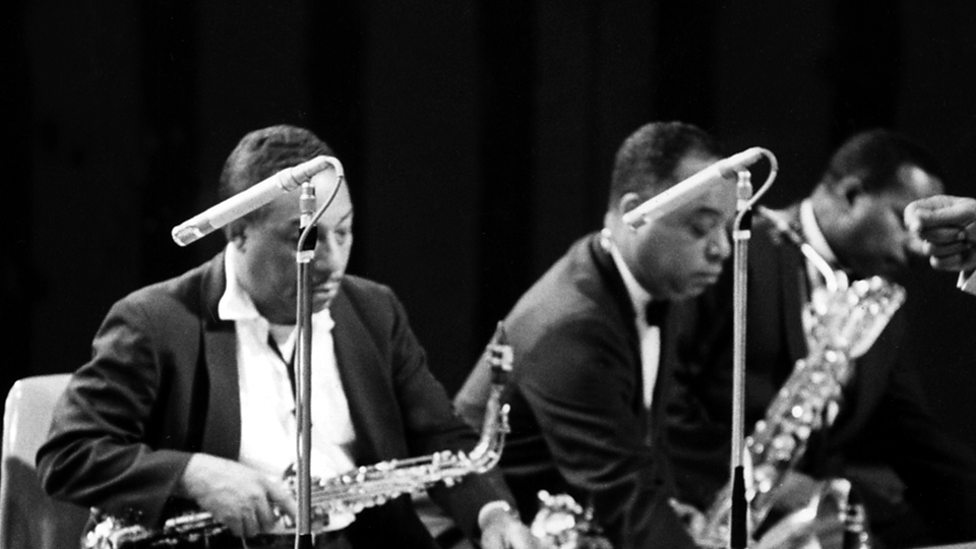 Go from a jazz beginner to a jazz winner in just twelve tracks with our definitive jazz dozen playlist compiled and explained by Mr Jazz Record Requests, Radio 3’s very own Alyn Shipton. Never again will you be embarrassed by your total lack of jazz knowledge at the neighbourhood hipster get-together. So kick back, pour yourself a glass of your favourite tipple, don your plastic rimmed shades, black beret and polo neck and spin the metaphorical records that make up the Absolute Beginner’s playlist: From Louis Armstrong to Wynton Marsalis by way of Billie Holiday and Ella Fitzgerald.

1. Louis Armstrong - Hotter Than That 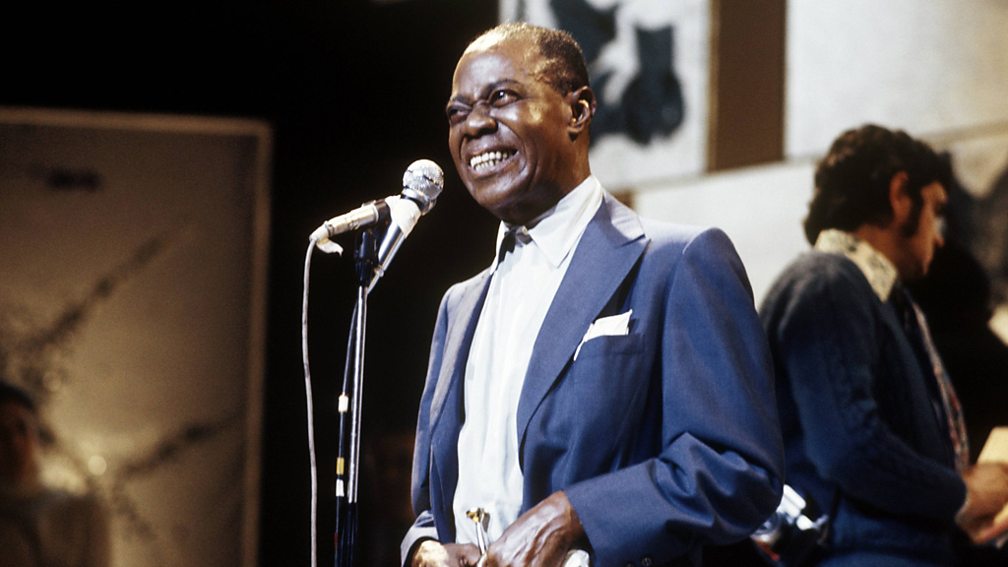 To understand jazz, everything starts with Louis Armstrong

To understand jazz, everything starts with Louis Armstrong. The first great soloist in jazz, born in New Orleans, he brought wonderful rhythmic freedom and melodic invention to what had been a rather stilted ragtimey style of music. His great recordings with his Hot Five and Hot Seven from 1920s Chicago form a magnificent body of work and this track has everything – Louis’ virtuoso cornet, his wordless “Scat” singing and a fabulous improvised duet with guitarist Lonnie Johnson.

To understand jazz, everything starts with Louis Armstrong 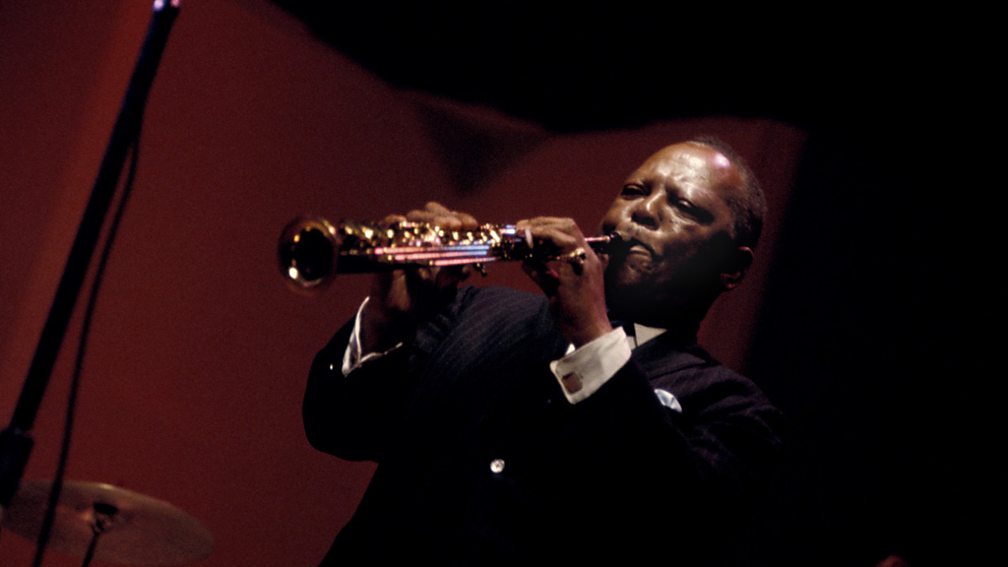 The other great soloist in early jazz was soprano saxophonist and clarinettist Sidney Bechet. He was a different sort of virtuoso from Louis, and as well as spontaneous creation he composed setpiece solos that would dazzle his audiences with virtuosity. His remarkable playing on this chamber jazz record is a perfect example of his seamless integration of improvisation and forward planning. 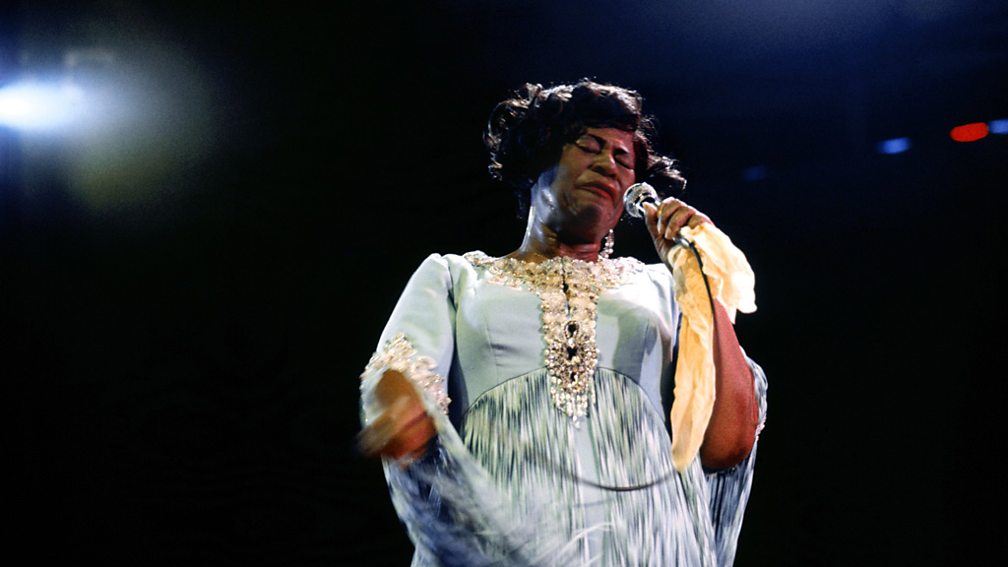 Few women in early jazz were instrumentalists, and the earliest great female jazz musicians were nearly all vocalists. Prime among them, Ella Fitzgerald could do almost anything with her flexible voice, perfect intonation and flawless diction. But here she duets with her one-time-lover Louis Jordan — who was himself one of the most accomplished interpreters of a song, as well as a pivotal figure in the launch of rhythm and blues with his jump-jive Tympany Five. (who accompany the vocals here). 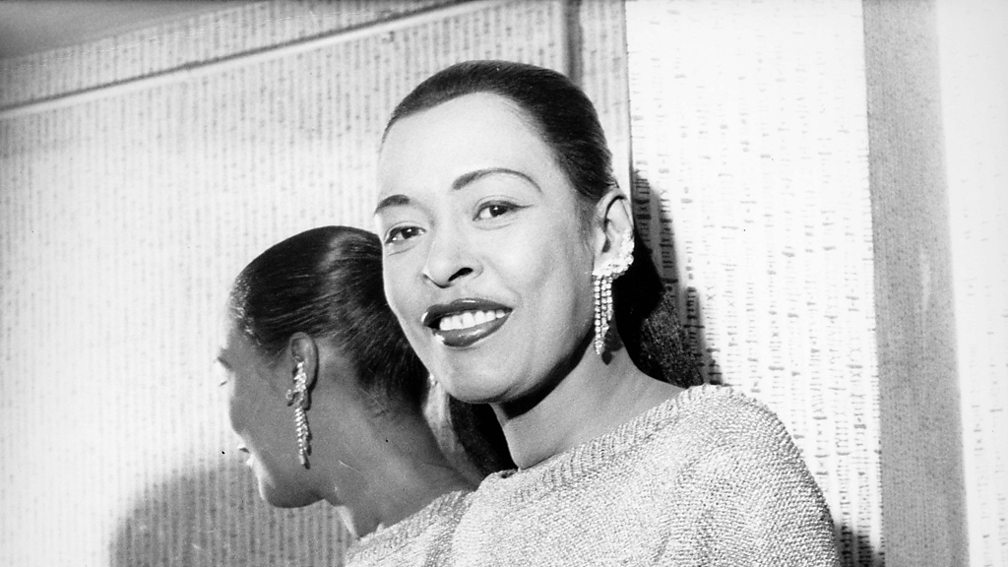 If Ella was the supreme portrayer of lyrics, Billie Holiday was peerless when it came to conveying the emotion in a song. This 1957 TV soundtrack (actually this issue is the dress rehearsal, but the televised version is equally good) puts her in her preferred setting: a jam session with her swing era colleagues. She is both an emotionally charged singer, and an improvising musician taking her turn amid the finest soloists of the age. PS, if you watch the video of the TV show, you’ll see it was practically obligatory for this generation of players to wear a hat in the studio. 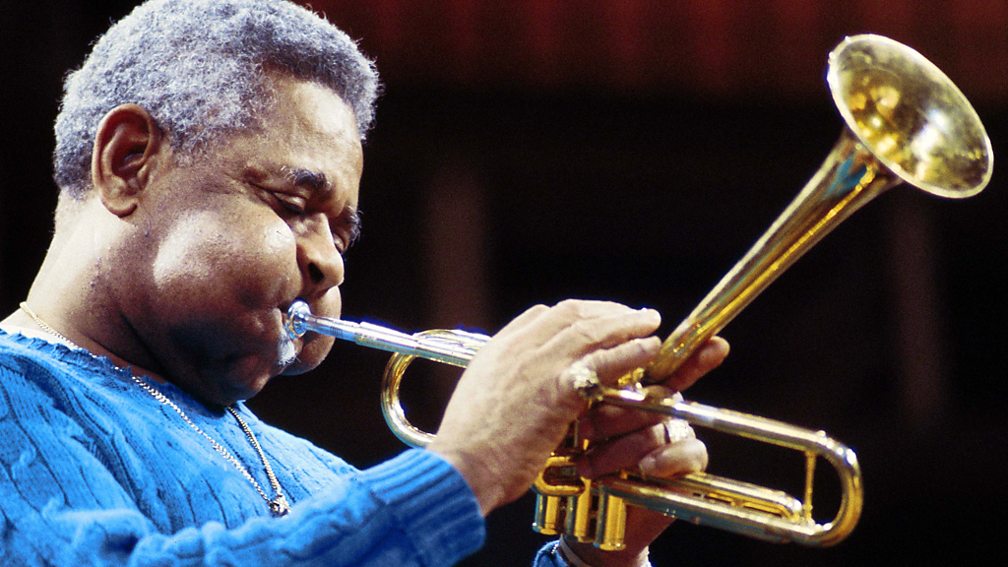 In the 1940s, the swing era gave way to what was then known as “modern jazz” – the so-called bebop innovations of Charlie Parker and Dizzy Gillespie. Their faster, higher, more harmonically complex playing, with solos that rode roughshod over the eight or sixteen bar structures of the songs they played was dazzling and exciting, and ushered in the next generation of post-war players. 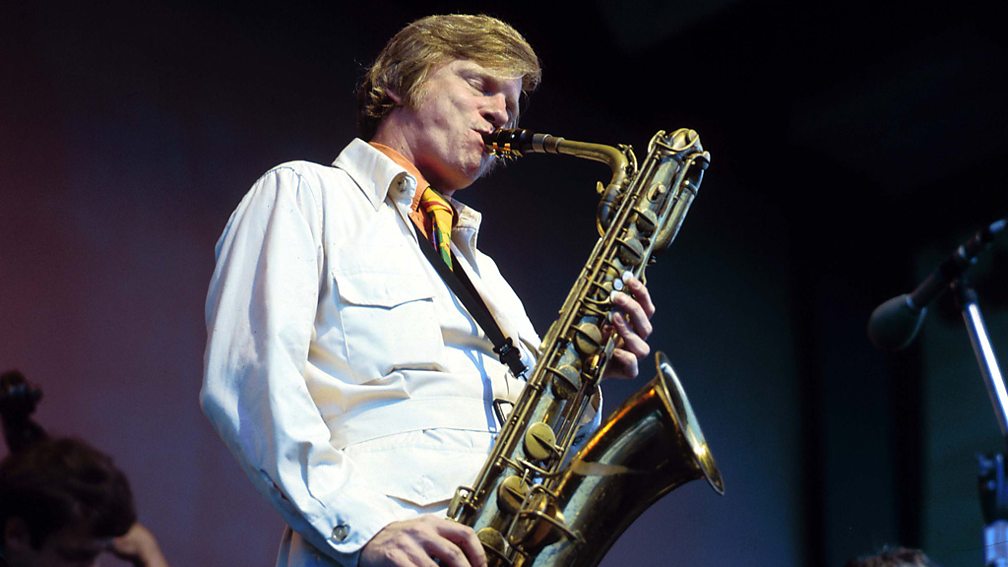 Over on the West Coast, arranger and baritone saxophonist Gerry Mulligan — who’d worked with Miles Davis on the records that became known as Birth of the Cool - took “cool” jazz further than Miles had done. By playing without a chord instrument – a guitar or piano – his band achieved a spare, pared-down feeling. His perfect front-line partner was trumpeter Chet Baker, whose economical, Spartan inventions contrasted perfectly with Mulligan’s more harmonically complex baritone sax. This song would later be a big hit for Chet as a vocalist, but the original version by the Mulligan Quartet is a benchmark in the development of cool jazz. 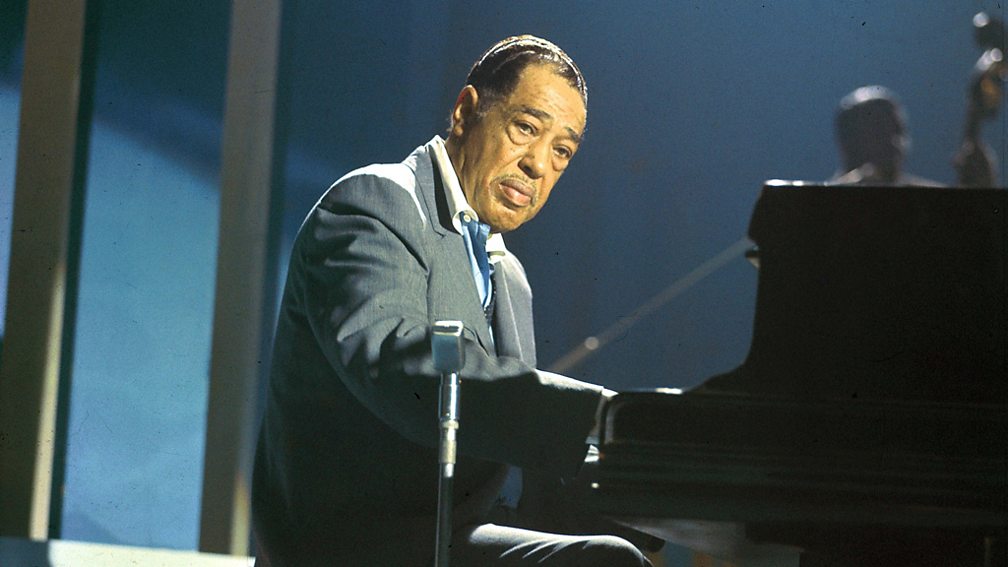 It’d be impossible to overlook the importance of big bands in the development of jazz, and of musicians like Benny Goodman, Tommy Dorsey, Fletcher Henderson and Count Basie in launching the swing era of the 30s and 40s. But the band that continued unbroken, unscathed, and continually inventive during those decades, and which most successfully survived the end of the big band era, was Duke Ellington’s. He wrote intricate parts for particular soloists in his band, but occasionally he just allowed them to let rip — and that’s what happened at the 1956 Newport Jazz Festival when tenor saxophonist Paul Gonsalves came to the mic and launched into 27 of the most exciting choruses ever recorded – leaving the audience baying for more, standing on their chairs and cheering! 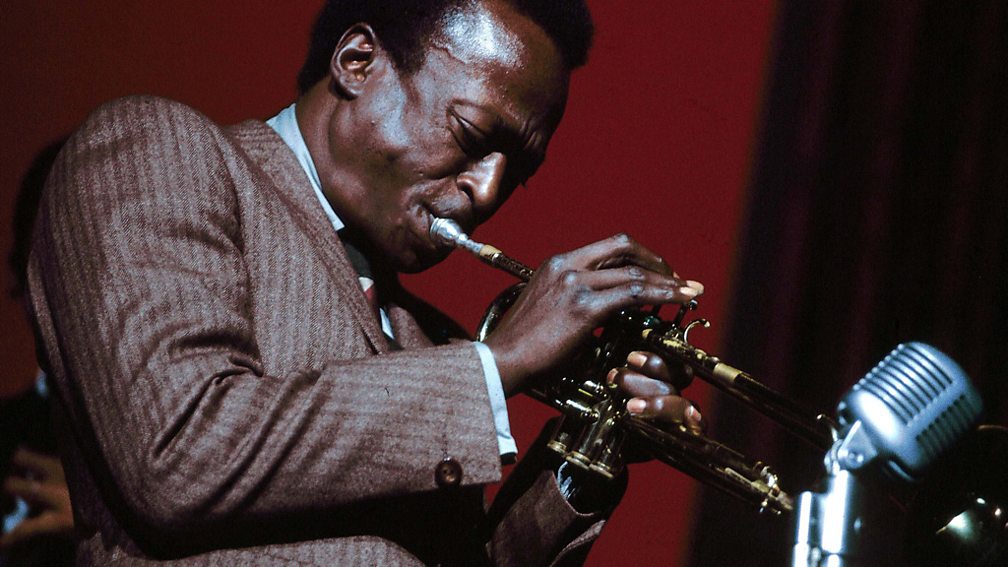 Maybe the most influential jazz musician of the second half of the 20th century was Miles Davis. He shed his musical skin more often than a snake, and so it is a difficult decision which of his many styles and periods to go for — but in the end it has to be the biggest selling jazz record of all time, Kind of Blue, and one of its signature tracks. 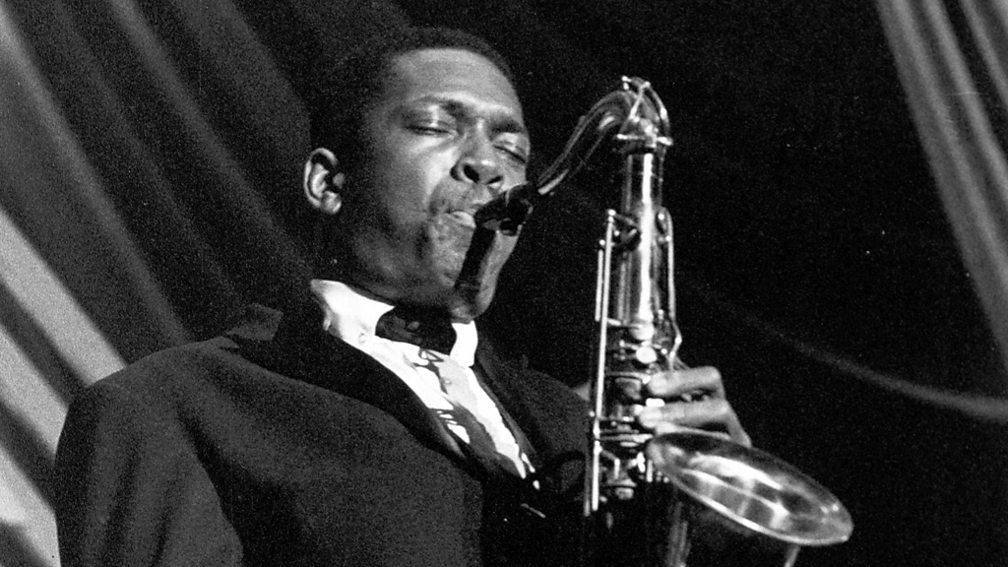 Soon after he finished recording Kind of Blue with Miles, John Coltrane went into the studios to record his album Giant Steps, named after the tune that would become a test piece for all jazz saxophonists. Using what was then an inventive and original set of substitute harmonies that became known as the “Coltrane changes”, and which would be a challenge for the next generation of musicians, the piece belts along at a terrific tempo, which Coltrane negotiates with ease, raising the bar for all who followed! 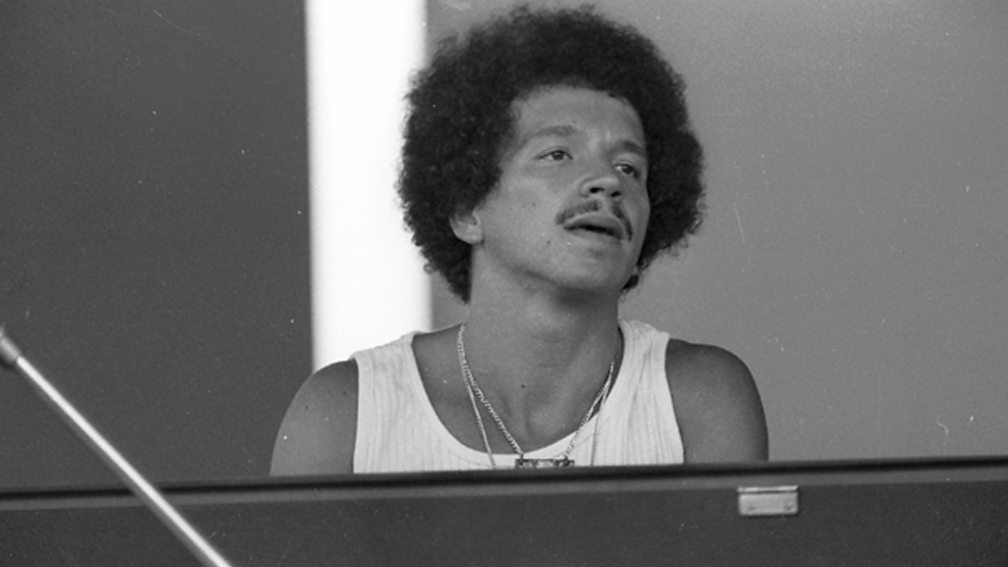 Although all the records so far have been by American musicians, and mainly African American musicians, jazz was firmly established on the European side of the Atlantic by the early 1920s. European musicians initially based much of their jazz vocabulary on the USA, but after WW2 a new generation emerged with a unique and individual voice – nowhere more so than in Scandinavia. This band is the international quartet led by the exceptional US pianist Keith Jarrett with one of the most distinctive of all European soloists, the Norwegian tenor saxophonist Jan Garbarek, featured on its haunting melody.

11. Carla Bley - The Lord is listening to Ya, Hallelujah 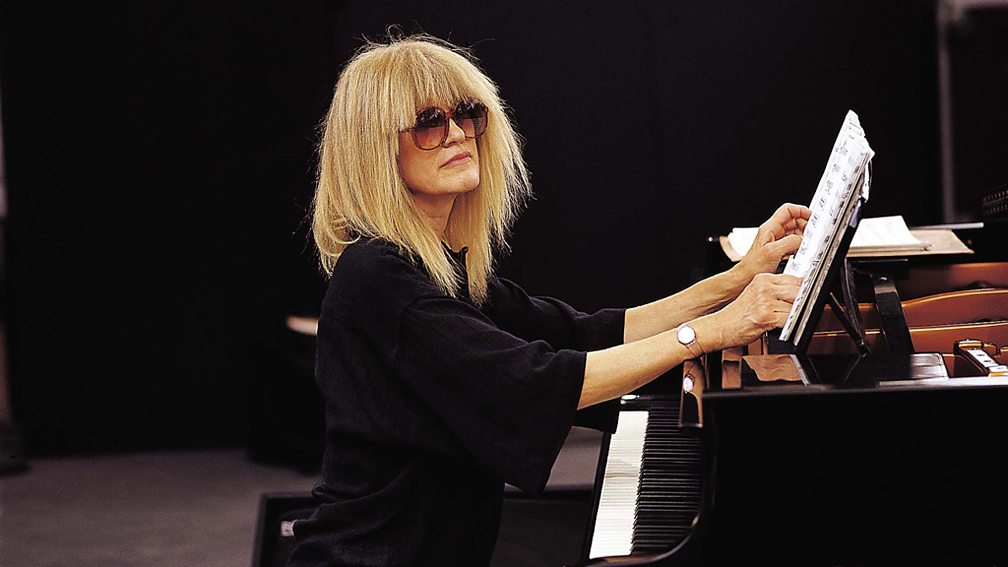 One of the finest and most productive of all female jazz instrumentalists, bandleaders and composers is Carla Bley. From her sprawling jazz opera Escalator Over The Hill to her arrangements for Charlie Haden’s Liberation Music Orchestra, and from her Big Carla Bley Band to her trio with saxophonist Andy Sheppard and bassist Steve Swallow, she has made her mark on all sizes of composition and ensemble. This ten-piece band toured in the 1980s and catches her iconoclastic reworking of gospel and big band jazz.

12. Wynton Marsalis - From The Plantation to The Penitentiary 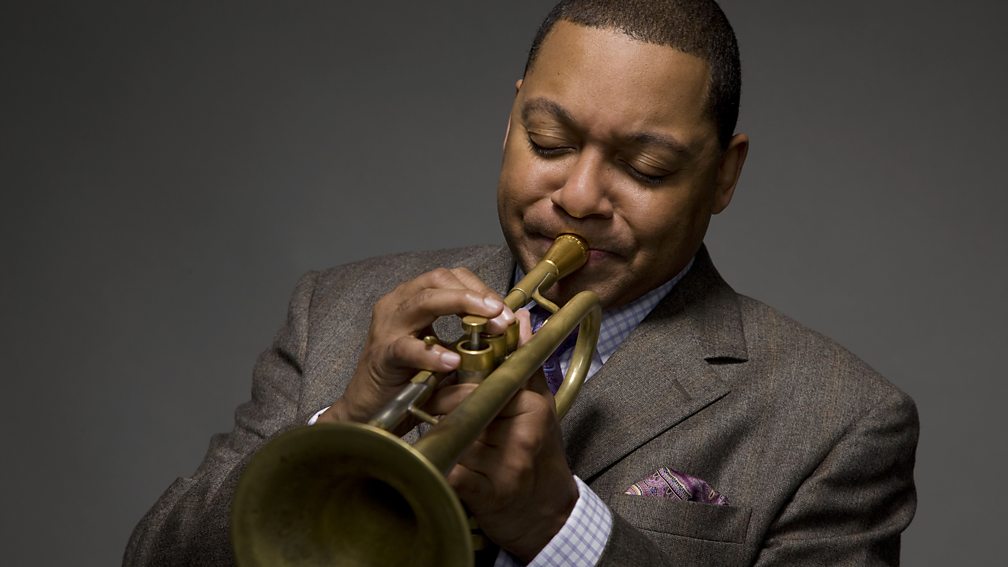 To many Americans, Wynton Marsalis is jazz

To many Americans, Wynton Marsalis is jazz. A trumpeter with a flawless Grammy-winning classical technique, he is also a son of New Orleans and from his early work with Art Blakey he has delved back into jazz heritage to create playing and compositions that have won fans and plaudits all round the world. But just like his Pulitzer Prize-winning oratorio Blood on the Fields, his extended work From The Plantation to The Penitentiary doesn't duck asking difficult moral and social questions about African American life, amid some striking playing and a sometimes uncomfortable musical atmosphere.

To many Americans, Wynton Marsalis is jazz