10 of the most shocking moments in Mercury Prize history

2017's winning Mercury Prize album is due to be announced on Thursday 14th September and, as always, the nominees for the UK’s most prestigious annual pop music prize are once again the subject of fierce debate among music fans. The outrage of wounded fans is not the only sort of kerfuffle the "musical Booker" can create, though. Let’s look back over 25 years of sonic scandal. 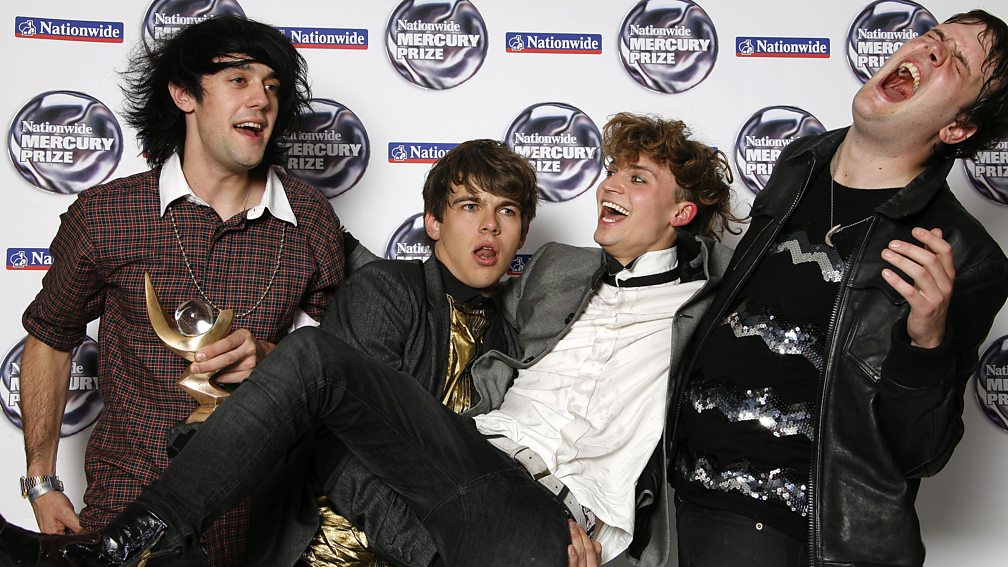 The bookies’ favourite was Bat for Lashes, while Amy Winehouse stole the show on the night with her performance of Love is a Losing Game (Back to Black was also strongly tipped to win). Nobody was really expecting new ravers Klaxons to triumph. Least of all, it seemed, Klaxons, who stood up to collect their gong for Myths of the Near Future to audible gasps and visibly three sheets (or more) to the wind.

Later, the band told press backstage that they would donate their winnings to a "telepathy charity" and that the win had spurred them on to create "new new rave". Jamie Reynolds AKA 'Party Klaxon' was asked to appear on BBC News 24 the next morning, but in the event, was apparently still too drunk, forcing NME’s Alex Miller to step in at the last minute. He ended up bickering about haircuts with presenter Kate Silverton while the band hid.

Most bands, of course, wait until the cameras stop rolling to get well and truly refreshed, which can lead to some panic-inducing antics at the after-party. Primal Scream's hedonism in their Creation Records days is the stuff of legend. Scarcely surprising then, that after winning the first ever Mercury for Screamadelica in 1992, the Scream Team promptly lost their £20,000 cheque.

Badly Drawn Boy went one badder when The Hour of Bewilderbeast (his beloved debut album, as recalled above) won in 2000, throwing his cheque to the floor and quipping, "I always assumed I was never going to win because good things don’t happen to good people normally."

"Was it a gesture against the idea of remunerating art or because I was drunk and didn't give a toss?" he wondered 13 years later. "All of the above. I was so overwhelmed. It was just to get a laugh, I suppose. My sense of humour isn't always understood; maybe because it's not funny." His cheque was later retrieved by none other than Karl Pilkington - then a Sun journalist - and used to fund a US tour.

Primal Scream and Badly Drawn Boy aren't the only winners to lose track of their swag, although we might have expected better of nice boys The Maccabees, who after 2012’s ceremony left this melancholy post on Twitter:

@TheMaccabees "If anyone finds a mercury nominee award with the maccabees engraved on it please let us know."

3. My Bloody Valentine rage against the machine, 2013 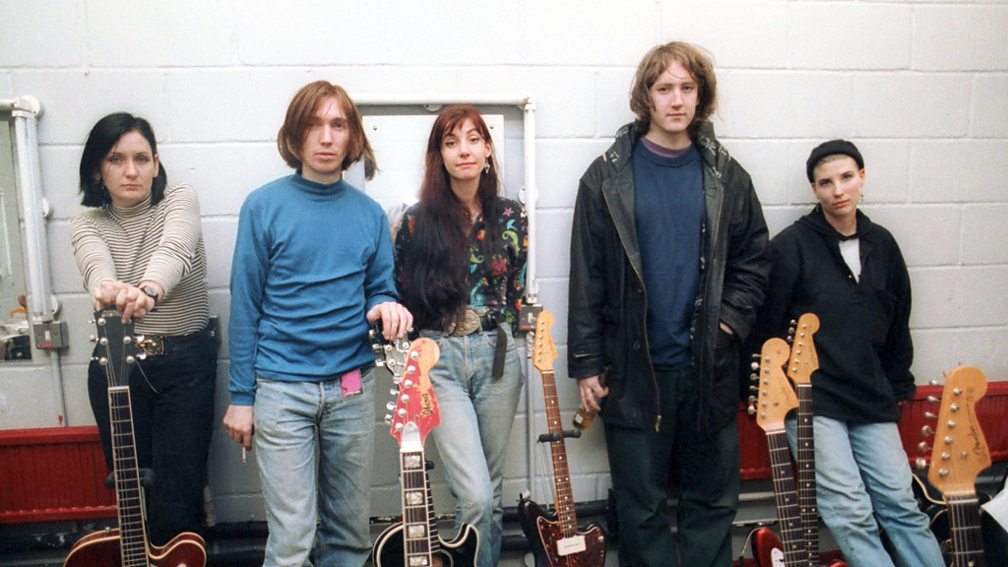 When the Mercury Prize first began, the victories of Primal Scream and Suede cemented the idea of it as an award that was essentially indie rock in nature, before the judges branched out into wilder territory. But four years ago, the award managed to enrage the indiest of the indie, drawing the fringe-shaking wrath of My Bloody Valentine’s Kevin Shields.

It turned out that although shoegaze fans had waited 22 years for mbv, the follow-up to the revered Loveless, it didn’t qualify for a Mercury nomination; part of the criteria is that the artists have "a digital and physical distribution deal in place in the UK", and mbv was self-released. "It's interesting to learn that to be as independent as we are is… virtually illegal," raged Shields to the Guardian. "Our album's not a real album because it's independent. The corporate-ness has got to such a point where we've essentially been told that we don't exist."

The rich, melancholy songs of I Am a Bird Now were enough to charm and subdue even Lou Reed, who described the Antony and the Johnsons singer Anohni (then known as Antony Hegarty) as “an angel”. But winning over suspicious UK music journalists was another thing; from the moment the 2005 nominees were announced, there were peevish mutterings that the Chichester-born singer, who moved to San Francisco aged 10 (as she discusses with Mary Anne Hobbs, above), was “not really British”.

When I Am a Bird Now won, the sorest losers of the night were Kaiser Chiefs, whose drummer Nick Hodgson protested, "He's an American, really. It's a good album, but it's daft he's got in on a technicality." Anohni rose above it, though, telling the press backstage that she’d already misplaced the cheque. "I don't know where it went, someone took it. I think it was the Kaiser Chiefs."

[WATCH] Speech Debelle - Behind the scenes at Glastonbury 2009

Probably the most curveball of all curveball wins, and the one that had even music journalists pulling baffled faces and frantically typing Speech Debelle's name into their browsers. Talvin Singh, it’s true, was seen as a shock winner in 1999, but he was already an established musician. Benjamin Clementine in 2015 was a relatively new artist, but he had been tipped by many as a talent to watch. Speech Debelle (seen here taking to the BBC Introducing stage at Glastonbury festival) was a bolt from the blue when she pipped Florence + the Machine and The Horrors to the post in 2009.

Speech Therapy was indeed a fine album (as was its follow-up, The Freedom of Speech), but sadly - and strangely - it didn’t benefit from the usual Mercury bounce, making a not-exactly-dizzying leap from 3,000 sales to 10,000 after winning the award, and peaking at No.65 in the UK charts.

Former Auteurs, Baader-Meinhof and Black Box Recorder leader Haines has made something of an Indian-summer career out of pouring irate scorn on the Britpop era, which he views as a cultural abomination that detracted attention from his own superior work (as discussed in Steve Lamacq's Britpop Timeline, above).

When music-press darlings Suede won in 1993, needless to say, he took it personally, and proceeded to fume his way through the post-awards party. "Brett Anderson is in the foyer lolling over an opulent Steinway that he cannot play," he seethes in his memoir Bad Vibes. "He fingers the piano keys in what he assumes to be a detached wasted manner. He is of course completely aware of the small crowd he is drawing." Incensed, Haines goes off to drown his sorrows, demands that Suede drummer Simon Gilbert give him the prize money, throws a punch at a Mercury official, misses, puts his fist through a glass panel, and is off to A&E. A night worthy of a Suede lyric...

Every win will draw scoffing from some quarter or other, who believe that their pet band should have won. But the first unexpected triumph, after the critically endorsed Primal Scream and Suede in the prize’s first two years, was M People’s Elegant Slumming, which won out in 1994 over the era-defining likes of Blur’s Parklife, Pulp’s His’n’Hers and The Prodigy’s Music for the Jilted Generation. Heather Small and crew were hugely popular, but as Mike Pickering explains to Zoe Ball above, far from critically respected.

They came out fighting, though, accusing their detractors of "snobbery" and being out of step with the real world of modern dance culture. "Good music is good music and how dare you judge us so harshly?" Heather Small thundered to the Guardian 20 years on. "How dare you rubbish my hard work? That's what made it sweeter that we won." 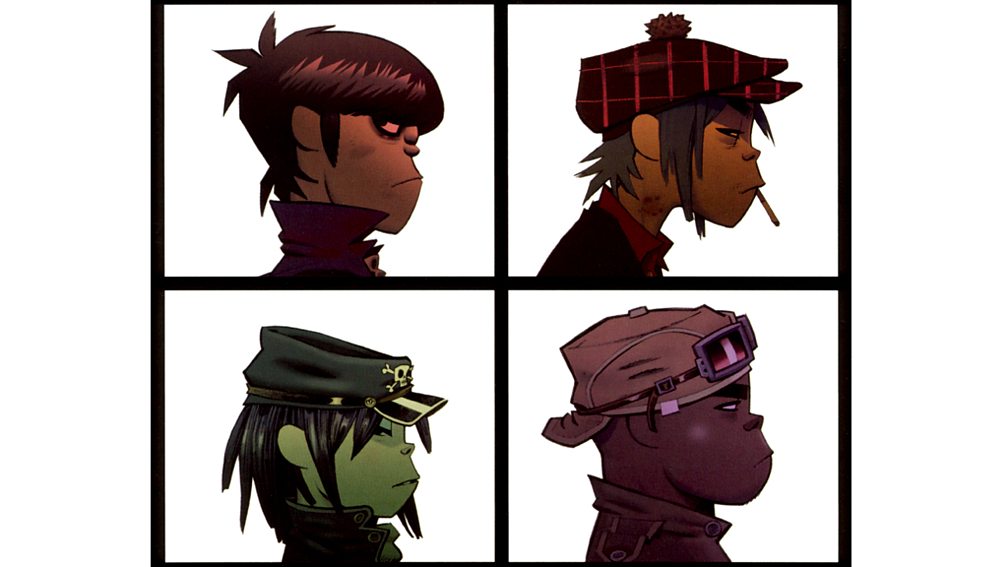 There’s not much point in starting a cartoon band if you’re just going to behave how flesh-and-blood humans do, and Damon Albarn began Gorillaz in part to free himself of the normal media routine. So it's definitely not because he was still sore at losing out to M People that, in 2001, he withdrew - sorry, cartoon bassist Murdoc withdrew - Gorillaz’s eponymous debut from contention for the prize, once it had become the bookies' favourite. "Mercury award? Sounds a bit heavy, man!" he said. "Y'know, sorta like carrying a dead albatross round your neck for eternity. No thanks, man! Why don't you nominate some other poor muppet!"

It should be noted, of course, that the band’s label would have had to submit the album for consideration, and later denied it had been withdrawn, so there’s a small chance the whole thing was a publicity stunt.

With an album title as portentous as There Is a Hell, Believe Me, I’ve Seen It, There Is a Heaven, Let’s Keep it a Secret, you can see why Sheffield metalcore crew Bring Me the Horizon might have expected some mainstream critical support. But despite topping Rocksound’s 2010 albums of the year list, there was no Mercury nod for them. Outraged BMTH fans picketed the launch event (possibly slightly egged on by Kerrang! staff), prompting the question: why not metal? The closest the Mercury nominations ever got to recognising the genre was Therapy?’s Troublegum in 1994, The Darkness’s Permission to Land in 2003 and Biffy Clyro’s Only Revolutions in 2010.

Mercury panel chairman Simon Frith admits it's a fair question. "Every year I get angry emails from academics in metal studies," he told the Telegraph. “There is a sort of music out there that doesn’t really get entered, for whatever reason. It probably should, because it’s out there and there is an audience… but some metal is so niche." A niche of 50,000 copies sold, that is; five times larger than Speech Debelle’s niche. Just saying.

The shortlisting of their ninth album A Moon Shaped Pool in 2016 made Radiohead the most-nominated act in Mercury history, with nods for OK Computer in 1997, Amnesiac in 2001, Hail to the Thief in 2003 and In Rainbows in 2008. They’ve never won, though, which must smart, given that other long-serving critical favourites such as PJ Harvey and Elbow have taken home the prize. Twice, in Polly Harvey's case.

To salt the wound, they’ve also received no fewer than 17 Brits nominations, and never won any of those either, despite OK Computer being recently considered good enough to be preserved by the US Library of Congress, an honour discussed by drummer Phil Selway above. It’s enough to make anyone paranoid and melancholy.