Ever since it started in 1895, the Proms has pushed musical boundaries and challenged tastes, especially by commissioning new works deemed ahead of their time. Most are celebrated by Prommers, but sometimes not, leading to consternation in the Royal Albert Hall, or at the previous Proms HQ, Queen's Hall, which was destroyed during World War II.

At other times, the Proms has flirted with politics, often inadvertently. In 1968, for example, it became the unlikely scene of a protest against the Warsaw Pact invasion of Czechoslovakia, resulting in perhaps the most notorious Prom of all time.

Fifty years on, and with the piece that caused such a fuss - Antonín Dvořák's Cello Concerto in B minor - getting a new outing at Prom 24: A Hero's Life, we look back at that night, and other startling moments in 124 years of the festival.

[LISTEN] The Prom of Peace: Paul Gambaccini recalls the story of the night

The heckling began as soon as the Soviet State Symphony Orchestra took to the stage on 21 August for Prom 30 of the 1968 season. "Go home!" someone shouted. "Russians out!" added another.

The shouts were not the orchestra's fault. Overnight, the Soviet Union and its allies had invaded Czechoslovakia, sending several hundred thousand men, and several thousand tanks, into the country to stop the Prague Spring, a period of liberalisation and reform in the Eastern Bloc state. The invasion shocked the world and the orchestra found itself the most obvious target for protests in Britain.

It didn't help that the orchestra and its star, the cellist Mstislav Rostropovich (pictured), were programmed to play Czech composer Antonin Dvořák’s Cello Concerto in B minor. The choice had been inspired, but now seemed like an insult.

Rostropovich, somehow, saved the evening. His playing was so emotional, filled with such anger and sadness at what was happening in Prague - the city where he had met his wife - it felt more like an apology than a piece of music. He cried as he played, recalling later that he imagined people being killed through the tears. At the end, he held the score high in a gesture of solidarity.

It would be nice to say his playing changed everyone's view of the orchestra, but that wasn't the case. One of the final things the musicians heard as they left for their hotel was a shout of "Russian murderers!"

2. Sir Harrison Birtwistle and a stag party cause a Last Night panic, 1995 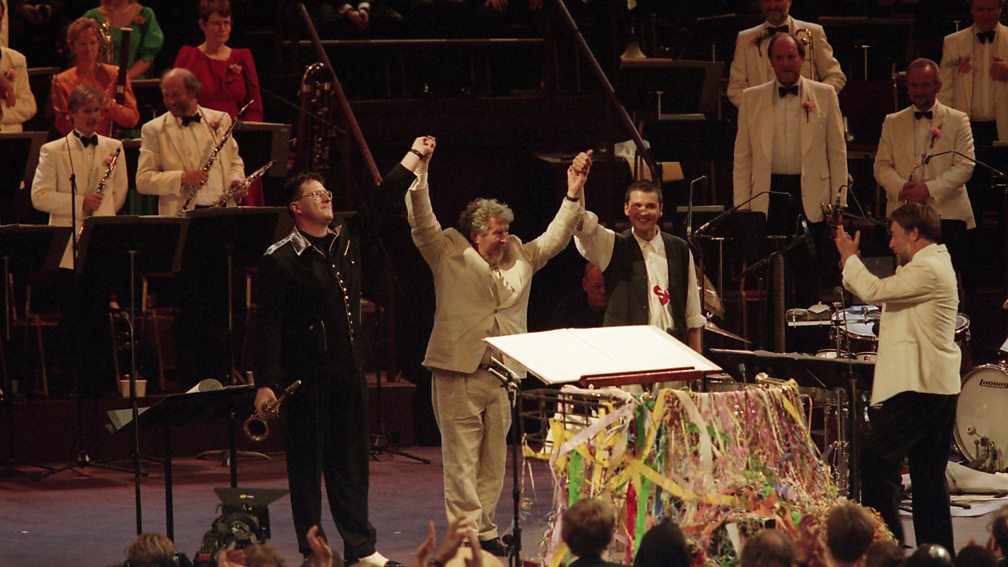 Anyone tuning into the Last Night of the Proms in 1995 was greeted by something unexpected. Instead of the BBC Symphony Orchestra running through the usual patriotic crowd-pleasers to a flag-waving crowd, there was the sight of "an obsessed-looking saxophonist wandering around bellowing like a bull in a field of cattle", as The Independent reported. This was Sir Harrison Birtwistle's Panic - a Proms commission - and it led to a deluge of complaints.

Birtwistle didn't see what the fuss was about. "I thought it was fun," he said in Harrison Birtwistle: Wild Tracks - A Conversation Diary with Fiona Maddocks, although he admitted he didn't realise the piece was going to run during the Last Night. "I was apparently stepping on a sacred cow and the attendant manure," he added.

The strangest thing about the fuss is that the music wasn't very scandalous - a bit loud and testosterone-fuelled, perhaps, but nothing more outrageous than had been heard at the Proms many times before. In fact, the real scandal of the night involved a stag party, who chained the unfortunate husband-to-be naked to Door 1 of the Royal Albert Hall just as people were gearing up to sing Land of Hope and Glory. The stag was cut loose only for his friends to then chain him to the front of the building. He was cut loose a second time only to be tied to a traffic light opposite the venue.

The Daily Mail was, disappointingly, the only newspaper that managed to link the stag's misfortune with the noise heard inside. "I would have been happy to have chained Birtwistle naked to the railings outside as punishment [for his music]," wrote Nigel Dempster.

The audience for Prom 15 in 1912 at Queen's Hall were warned that Arnold Schoenberg's Five Orchestral Pieces - getting its world premiere - would be difficult listening. "All the numbers end in discord," the programme said, bluntly. The orchestra was also known to have struggled with it in rehearsals. Sir Henry Wood, one of the Proms' founders, even had to tell them: "Stick to it, gentlemen - this is nothing to what you will have to play in 25 years' time."

But it was still too much for most. "The Futuristic music was received with decorously suppressed laughter," the Daily Mail wrote. "A feeble attempt at applause gave rise to emphatic hissing." It was the first time a work had been met with such a reception.

What was wrong with the music? Nothing, according to reviewers. It was just too complicated for your average person to grasp. The Times said it was "like a poem in Tibetan: not one single soul in the room could possibly have understood it at first hearing". The Telegraph wrote, "Distinctly, Arnold Schoenberg is in advance of his time," adding that that wasn't an insult; most readers' parents would have said the same about Wagner.

It's a rare achievement for a composer to drive people to the bar at a Prom, but that's what Sir Peter Maxwell Davies managed with the world premiere of his 42-minute-long Worldes Blis at Prom 36, 1969 - a piece that sounds like you've just woken up on another planet and realised no one's coming to rescue you.

Some people started to leave immediately after it began, complaining that the sparse, slow opening was "shapeless and bizarre". By the end, people were "stamping out ostentatiously… arrogantly revelling in their closed ears", to quote The Times. The composer didn't seem to mind, telling The Guardian afterwards: "Frankly, I am not terribly surprised at the reactions. A very special sort of listening is required." 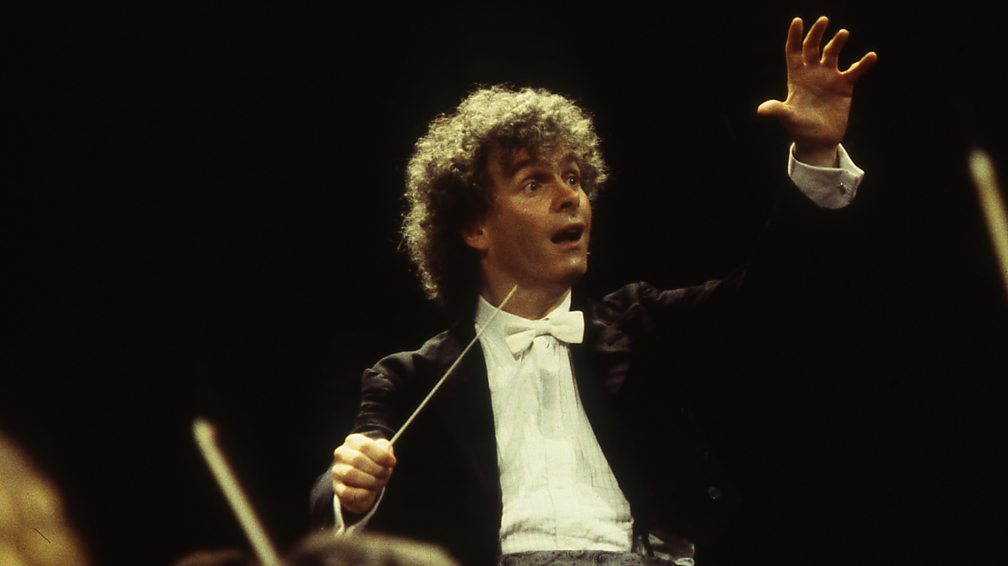 On 10 August 1998, three minutes into a Late Night Prom, a rape alarm started blaring from one of the boxes, then two people appeared and showered the hall with leaflets. Those leaflets took aim at the night's conductor Sir Simon Rattle, for allegedly being an establishment lackey, and complained that the classical music world "represents attempts by the UK apparatus of power, wealth and authority to recreate itself".

The moment that class warfare hit the Proms? Not quite. It turned out to be the protest of a disgruntled composer, annoyed that his music wasn't being performed.

"It happened during Oliver Knussen's Coursing," says John Tattersdill, double bass player in the Birmingham Contemporary Music Group, that night's performers. "And that's a really tricky piece - the tune goes from one instrument to another to another - so my head was right in that. The protest just passed me by."

It passed by most of the world's media, too. Most newspapers had finalised their layouts by the time they learned about it, and didn't cover the story. 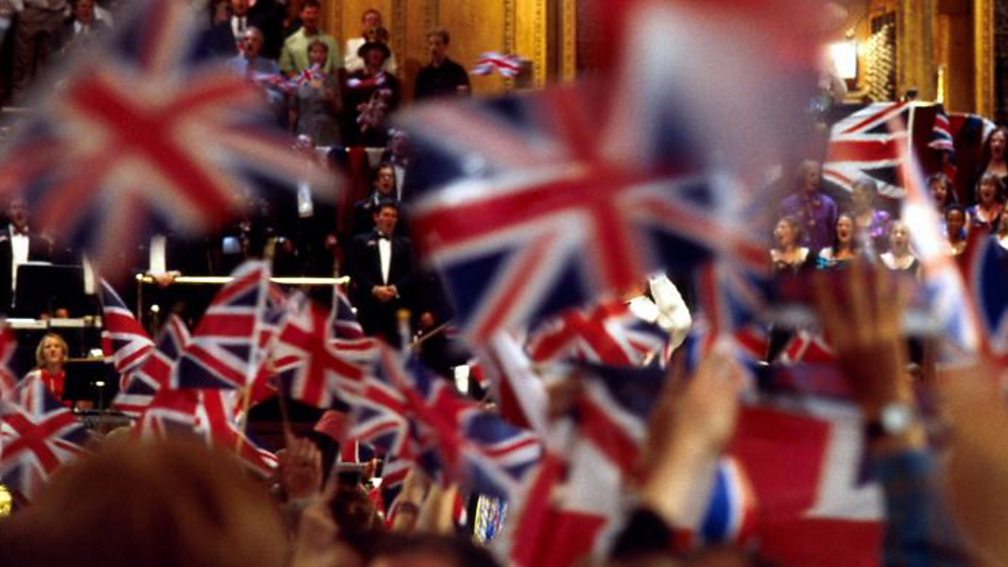 "9/11 happened on the Tuesday and the Last Night was the Saturday, so we had to make a decision on how to respond, and quickly," says Sir Nicholas Kenyon, Proms Controller from 1996 to 2007. "So we decided not to perform some pieces like Rule, Britannia! But then somehow people got the idea we were dropping the national anthem."

The fuss this caused was surprisingly large. Given what had happened in the US, it didn't seem like the right time for a patriotic gesture, but the Last Night has always been more than a musical event - it's a national, symbolic one - and some were outraged. One journalist, Simon Heffer, even urged people to "sing it anyway" if the BBC didn't reconsider the apparent plan.

Kenyon says he was not annoyed by the story: "We were making decisions continuously so it's not surprising some people got the wrong idea."

The night passed without any problems. The British national anthem was played to start the evening and the US anthem, The Star-Spangled Banner, followed. American composer Samuel Barber's Adagio for Strings and the final movement of Beethoven's ninth symphony, better known as the Ode to Joy, replaced the usual ending - a line-up apparently designed to be respectful and hopeful. 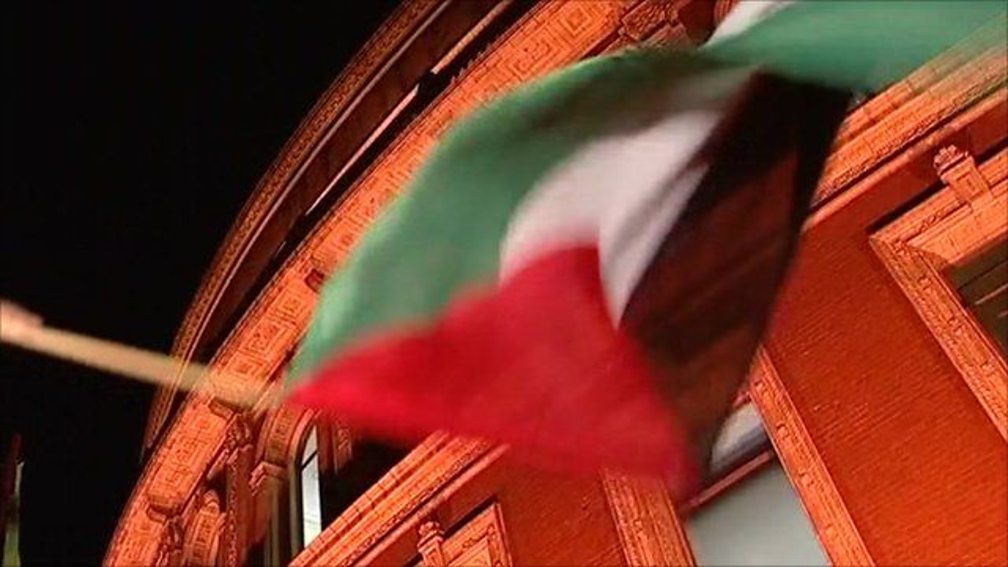 Proms are broadcast live on the BBC, and nothing had ever forced one off air - until Prom 62 in 2011.

That night, after protests outside the Royal Albert Hall, about 30 pro-Palestinian protesters disrupted a performance of the Israel Philharmonic Orchestra conducted by Zubin Mehta. A few minutes into the opening piece, Anton Webern's Passacaglia, several got up and started singing anti-Israel chants to the tune of Ode to Joy. They started chanting again as Mehta began conducting the next piece, Bruch's Violin Concerto, prompting such loud boos from the rest of the audience that Radio 3 cut the feed. The orchestra continued, but the concert wasn't heard outside the Royal Albert Hall. "We're sorry that the concert was taken off air following hall disturbance," the Proms team tweeted. "Glad both pieces were heard by the audience in the RAH."

Read a BBC News story on the protest