This May Radio 1's Big Weekend comes to Hull, and BBC Introducing will be there in full-force, showcasing some of the most exciting new music from around the UK today.

The artists on our line-up have been discovered by our nationwide network of BBC Introducing local shows and include four special returners. Taking to our stage at Big Weekend, the 24 acts follow in the illustrious footsteps of artists such as Blossoms and Izzy Bizu. Don't miss out - these lot are definitely ones to watch... 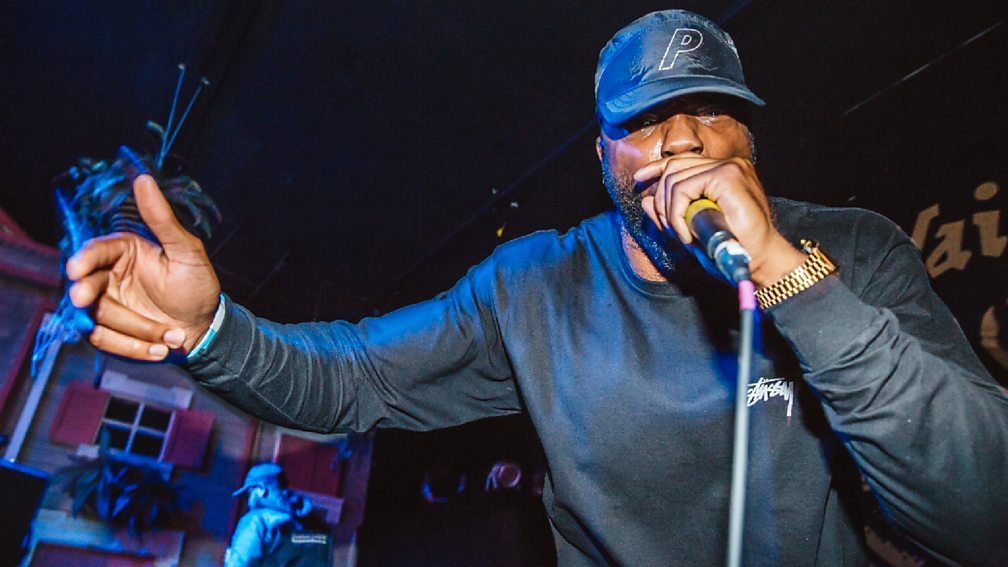 "Grit and realism slap you in the ears when Chiedu Oraka gets the mic. This skilful rapper from Hull's North Hull Estate, was supported by BBC Intro Humberside onto the 1Xtra playlist. Now he's set to blow up the stage at the Big Weekend." 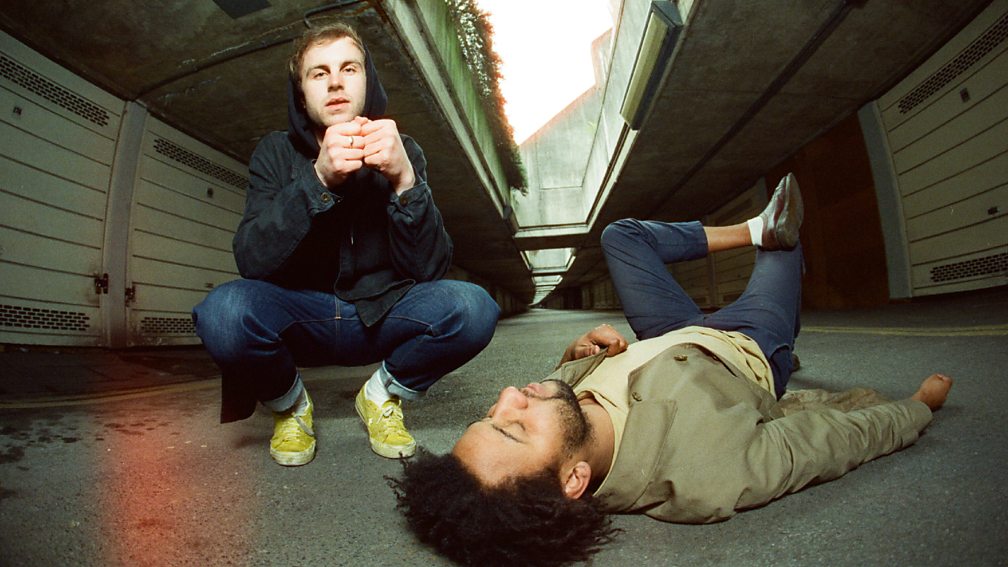 "One of Birmingham's most beloved bands in recent times. They have a special place in a lot of indie kids' hearts due to their deliriously upbeat guitar pop. They are back and sounding re-energised; exploring their imaginative musical world even further. They start a party on every stage they play: you are invited." 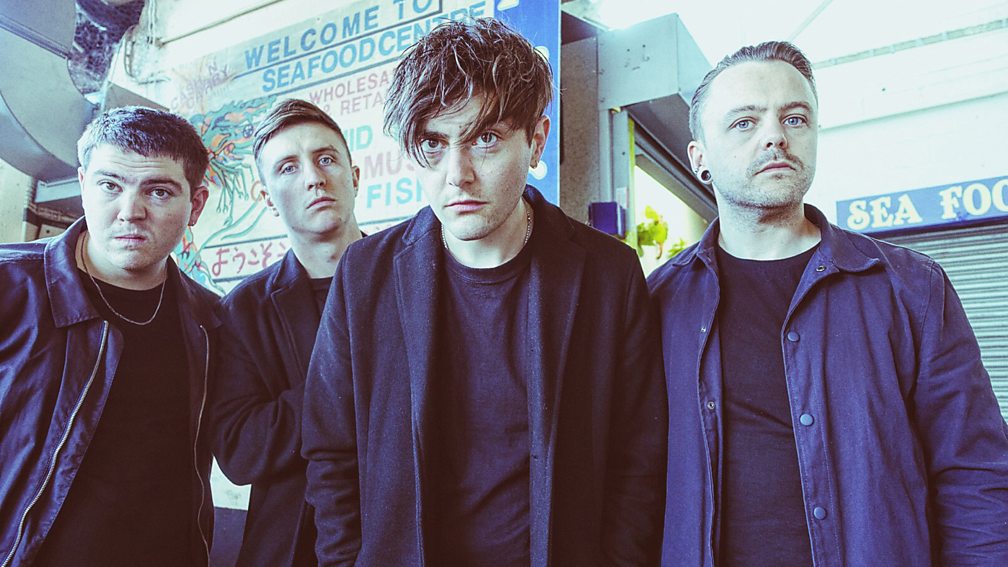 "Returning to the BBC Introducing Stage after a two year tornado of touring shows, Hull band LIFE are riding high. They emerged from the Uploader to do a series of sessions on BBC Introducing Humberside, they took the Leeds & Reading Intro stage by storm in 2015, played Maida Vale for Radio 1 and, after touring with Slaves, they showed the BBC Music Stage at SXSW what they're made of. Raw energy, ripping riffs and cutting political lyrics. This may hurt, this is LIFE."

LIFE return to the BBC Introducing stage after playing at Reading + Leeds in 2015. 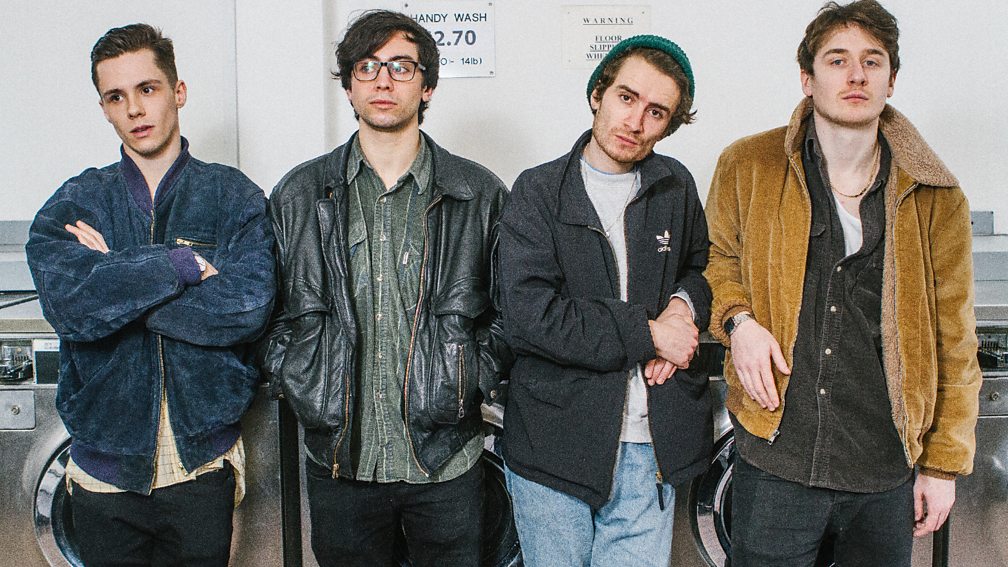 "This is a band that's worked their sound with multiple sessions on BBC Introducing Humberside. Now every song they play is an anthem for their fans. The Hubbards have it all for you and this is their summer." 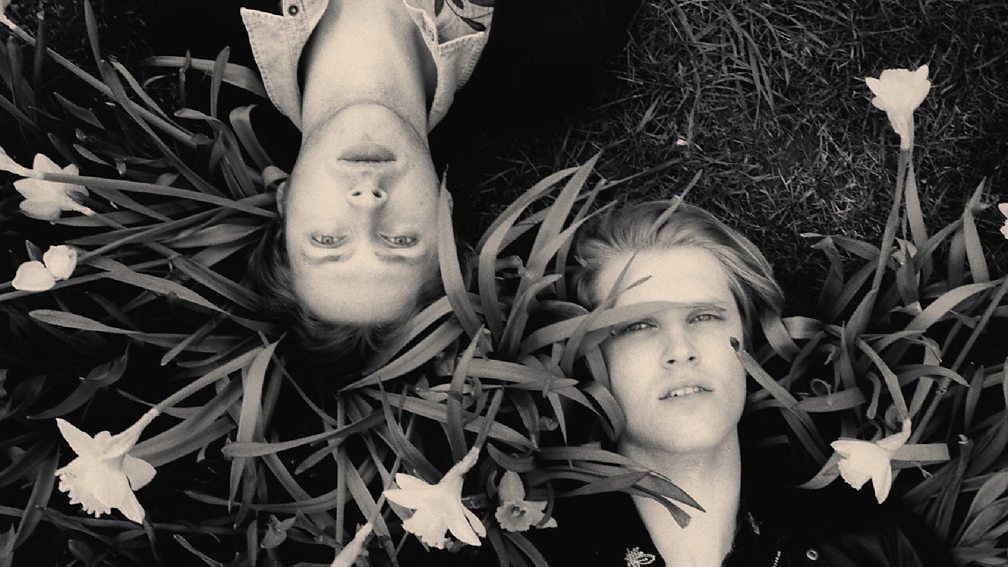 "Infectious indie disco from the two tallest men in Kent. This brotherly duo from Tunbridge Wells are guaranteed to get the crowd dancing at Radio 1's Big Weekend - a set not to be missed!" 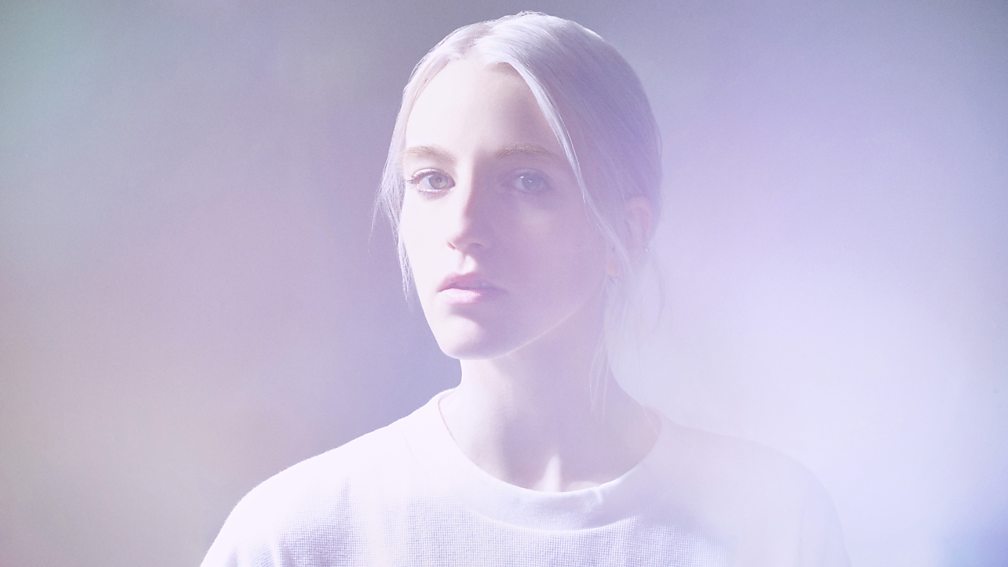 "Stevie's debut record is full of the complexities and gorgeousness of life. It's mood music at its best - "moodiful". And with songs galore, Stevie Parker will have you clenching your fists and singing along at the top of your voice before you can say 'that lass from Bristol is proper job in't er?!'"

Sam Bonham and Richard Pitt, BBC Introducing in the West 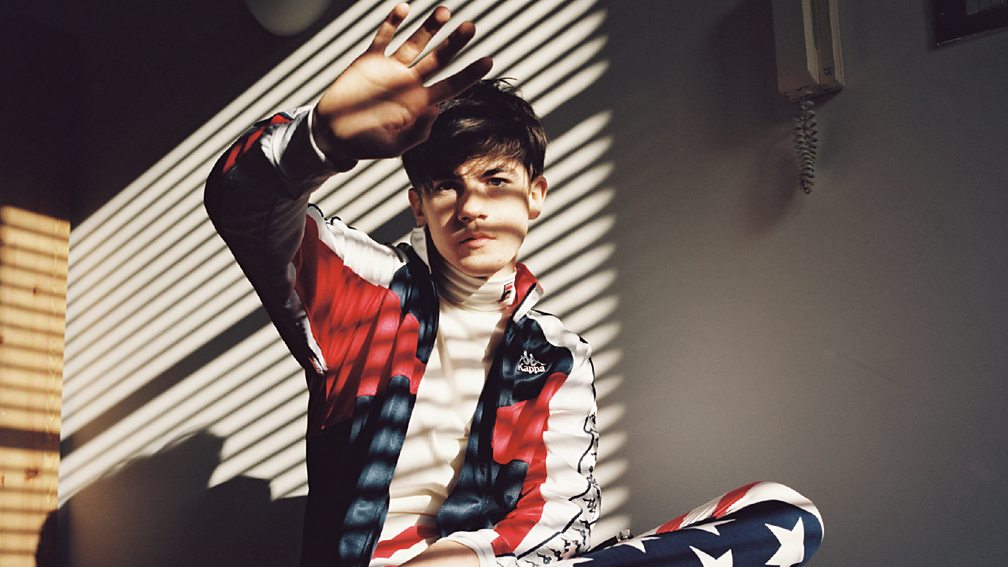 "At 15 Declan McKenna was already proving himself as an accomplished songwriter taking on global brands, corruption and politics. Winning Glastonbury Festival's Emerging Talent Competition and appearing on BBC Music Sound of 2017 shows he's one of the UK's most talented new musicians."

Declan McKenna returns to the BBC Introducing stage after playing at Radio 1's Big Weekend in 2016. 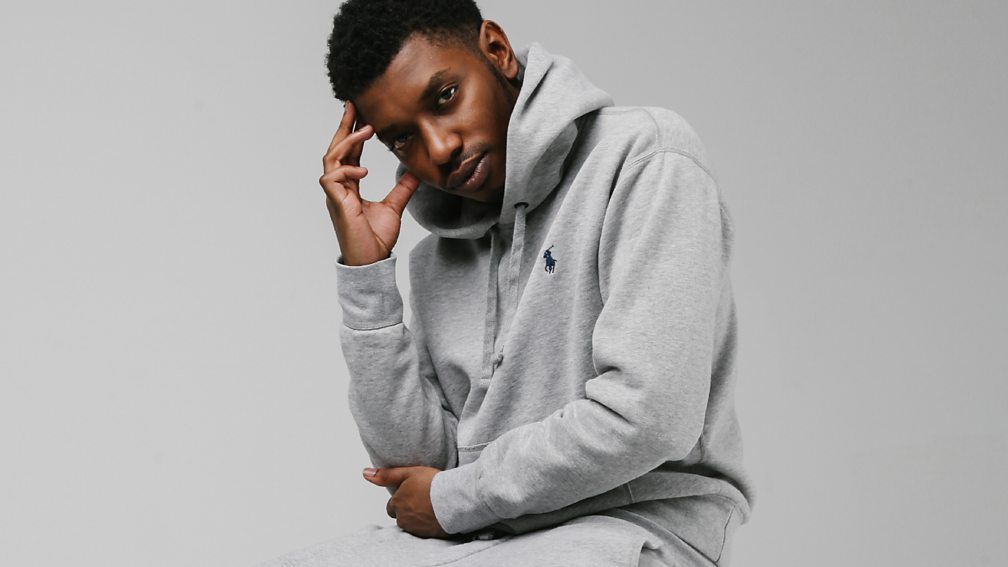 "The name on everyone's lips when it comes to the next breakout from Birmingham's busy grime scene. The lyricism that propels his music forward is full of knock-out punchlines and vivid pictures painted of his life in the West Midlands. Scorpz is up next." 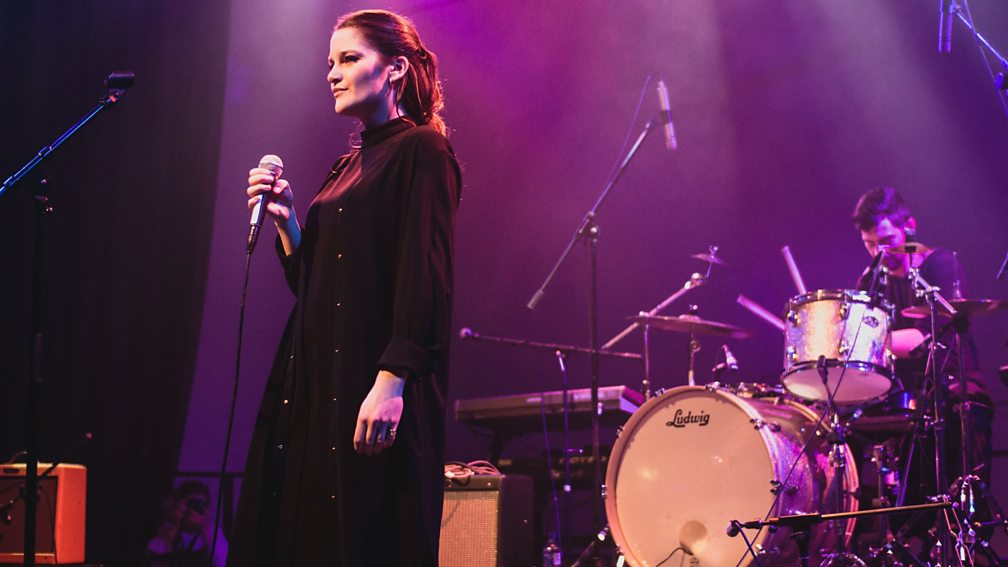 "SHELLS has the voice of an angel! This young superstar never ceases to amaze us live - easily wowing crowds with her beautifully cinematic songs, delivered right from the heart. If you're a fan of artists like Billie Marten and Lana del Rey, SHELLS is your new favourite artist. I can guarantee this lady's set will give people mega goosebumps and it'll be the talk of the festival - go and check her out for yourself." 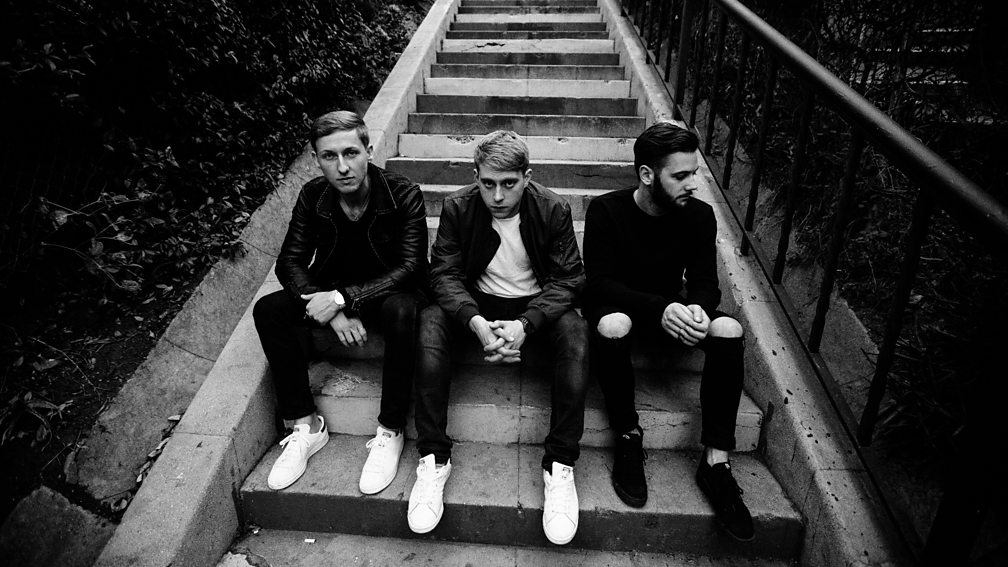 "Indie-pop maestros Flawes are a sensation waiting to happen. With beautiful, sleek arrangements and sumptuous vocals, Flawes are the band you didn't know you needed in your life." 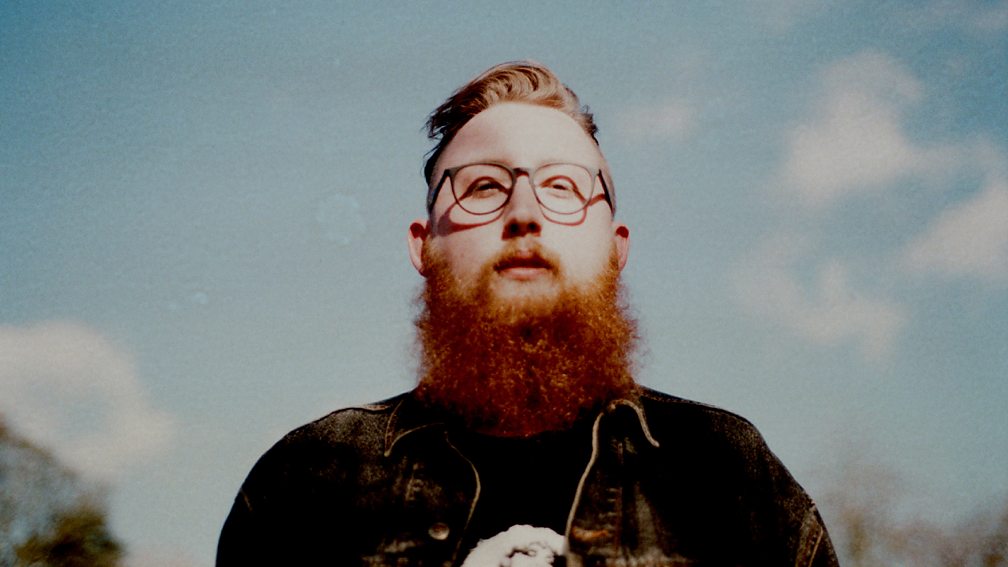 "Addictive electro-pop act Krrum are bound to amaze everyone at Radio 1's Big Weekend. We've been big supporters of this act for a while now; we had them play at our BBC Introducing in West Yorkshire Showcase event earlier this year, and with their new single Moon being an absolute belter, it's sure going to be an exciting year for this lot." 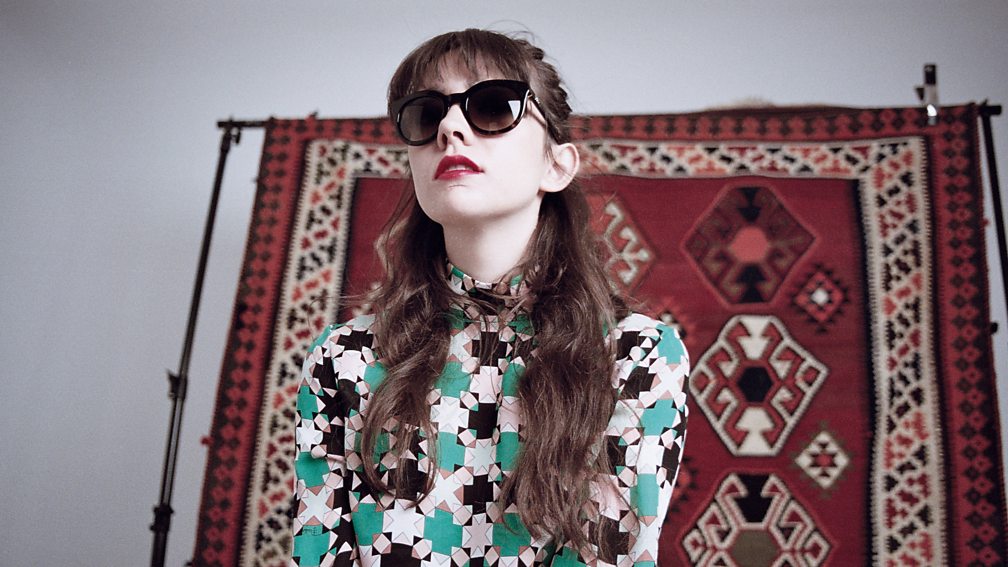 "Birkenhead lady Zuzu first came to our attention when she added her energetic track Get Off to the Uploader. Following support from us locally we alerted our new music network connections. Radio 1 loved Zuzu’s first single so much they included it on the Radio 1 playlist. It was also pleasing to hear Zuzu's live session from Maida Vale which demonstrated the huge future potential of the artist." 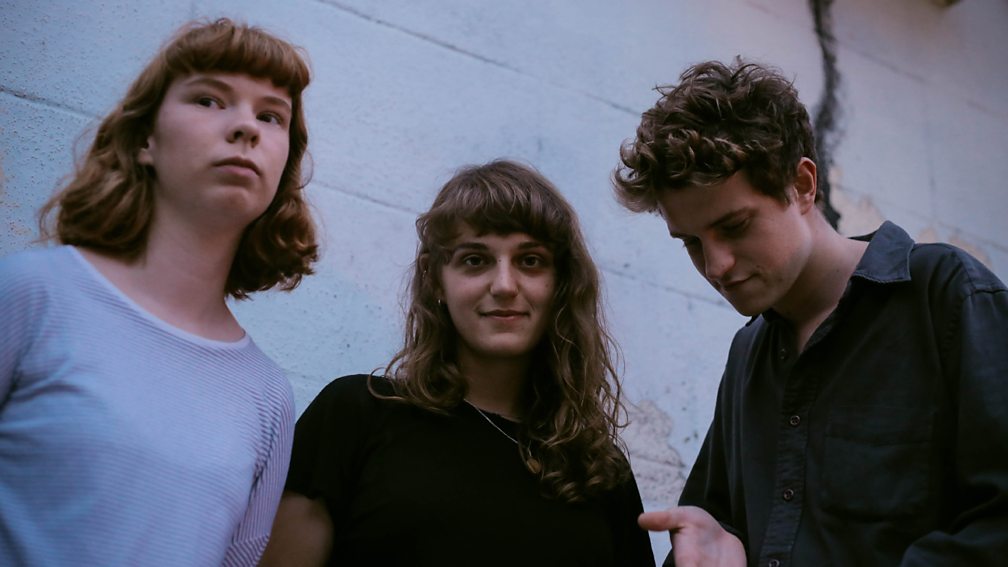 "Brighton three-piece Our Girl knocked us dead when we heard their new tracks on the BBC Introducing Uploader toward the end of last year. Their live shows are incendiary, with a nod to The Breeders' ear for a great tune, their searing guitars overlaid with deceptively sweet vocals and the fiercest drummer you've seen in a long time." 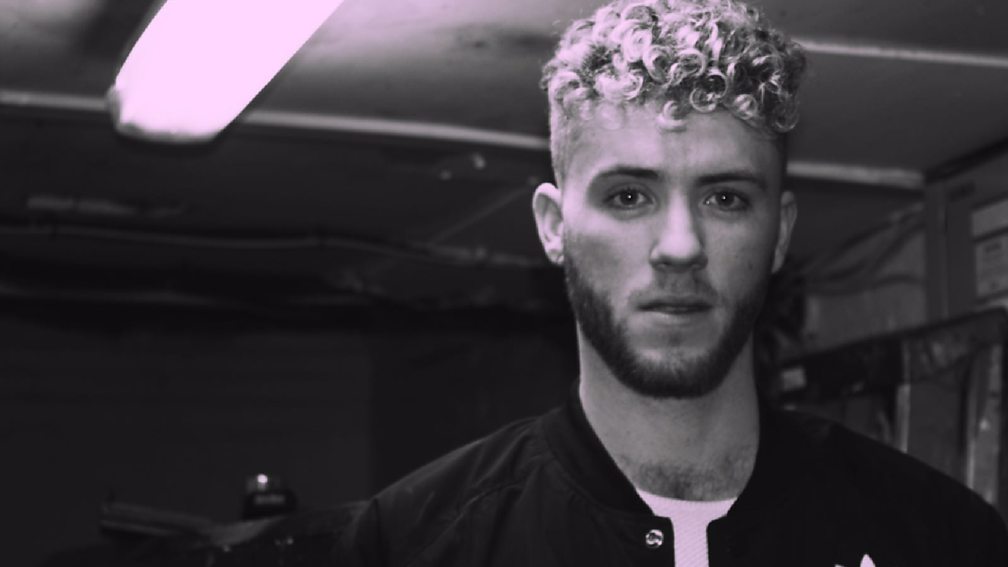 "Mullally is king of pop hooks and his voice oozes with soul. He's set for the stratosphere too: Ed Sheeran recently persuaded him to sign to his record label, Atlantic." 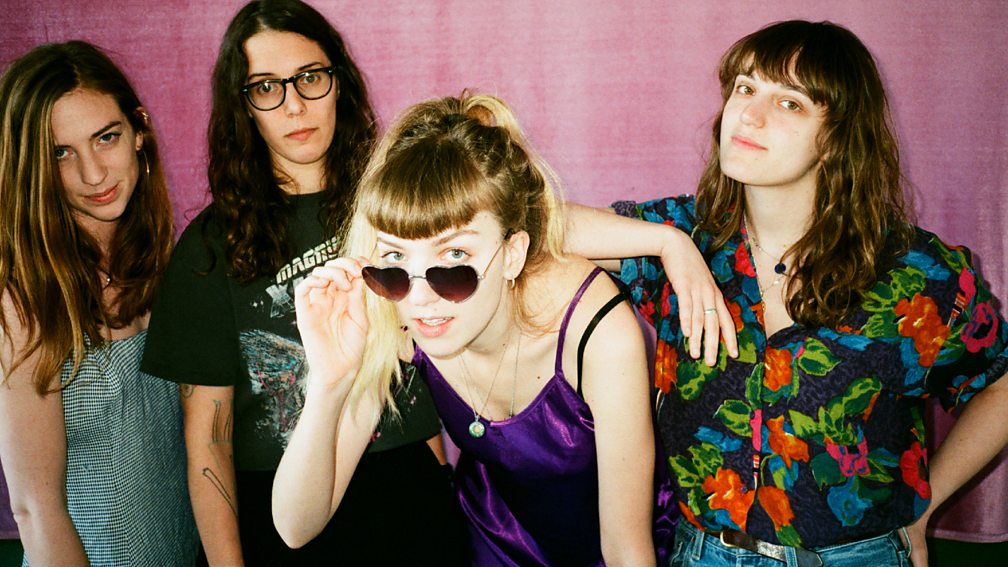 "Juliette, Soph, Celia and Fern, complete with hooks and four-part harmonies, are a highlight of any festival stage. We were eagerly awaiting The Big Moon’s debut album at BBC Introducing London and the girls didn't disappoint."

The Big Moon return to the BBC Introducing stage after playing at Reading + Leeds in 2015. 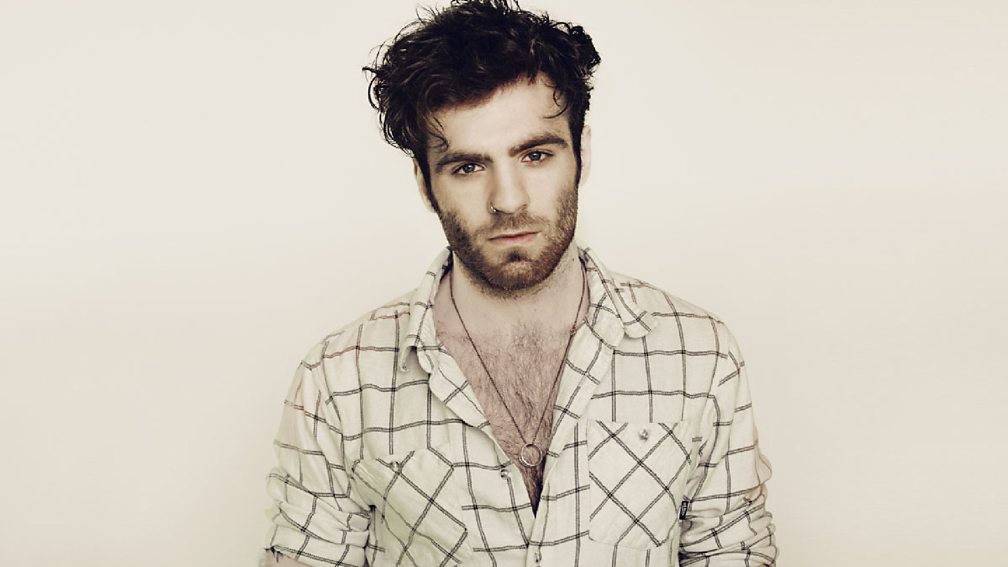 "With so much grace and maturity in his music so early in his career, Jack Conman is meant for great things. He is a phenomenon, a one-off, a must see. He owned the audience at the BBC Introducing Humberside Stage at Hull's Humber Street Sesh last year. He's a singer, songwriter, multi-instrumentalist and effortless maker of musical masterpieces. Now Big Weekend, prepare to surrender yourselves to Jack." 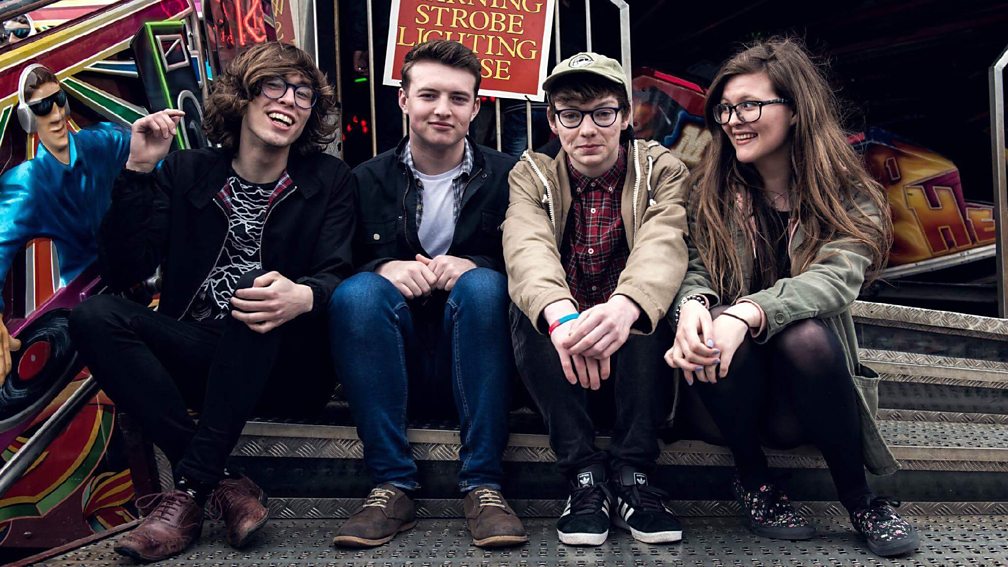 "With possibly the most rapturous frontman you’ve ever encountered, Taylor, sister Lauren and the rest of the four piece will find you bopping along and smiling from ear to ear when they play their elixir of fresh indie pop from the North Coast of Ireland."

Cathy Moorehead, Across The Line (BBC Introducing in Northern Ireland) 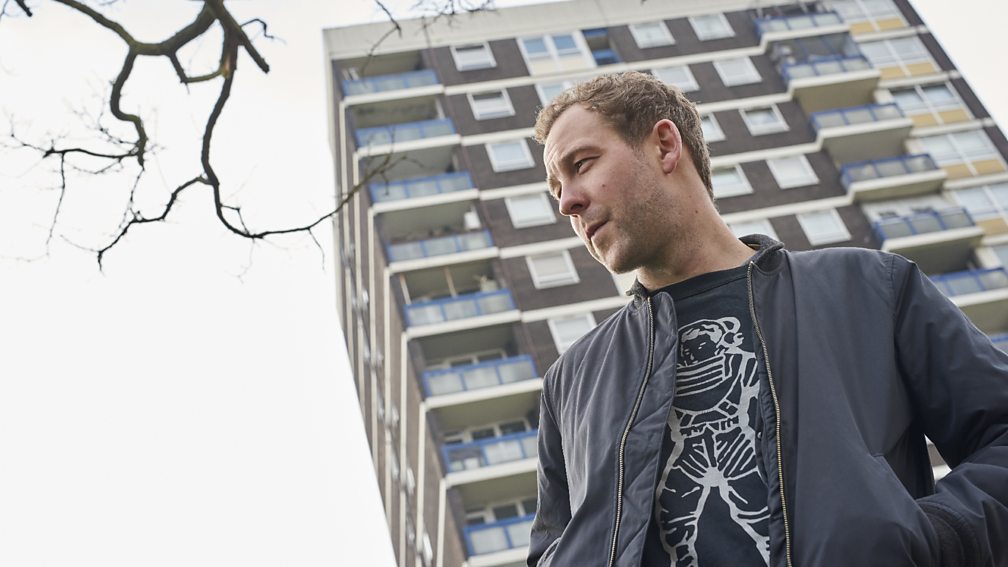 "Bursting onto the London scene with the liveliest of sounds your ears will ever encounter, Seramic combines RnB influences, hip-hop beats, samples, gospel and soul to make something totally new! He once told us that meeting Prince changed his life. Catching Seramic at this year’s R1BW might just change yours…" 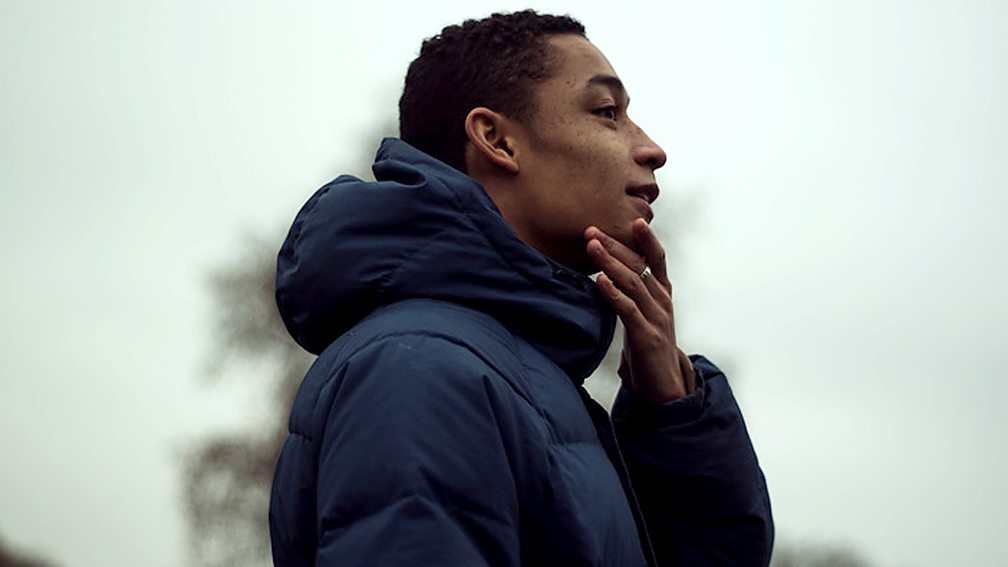 "South London rapper Loyle Carner is always a pleasure to play, and he has become a real success story for BBC London Introducing. With his jazz, blues and soul influences his debut album is definitely something to check out."

Loyle Carner returns to the BBC Introducing stage after playing at Glastonbury in 2015. 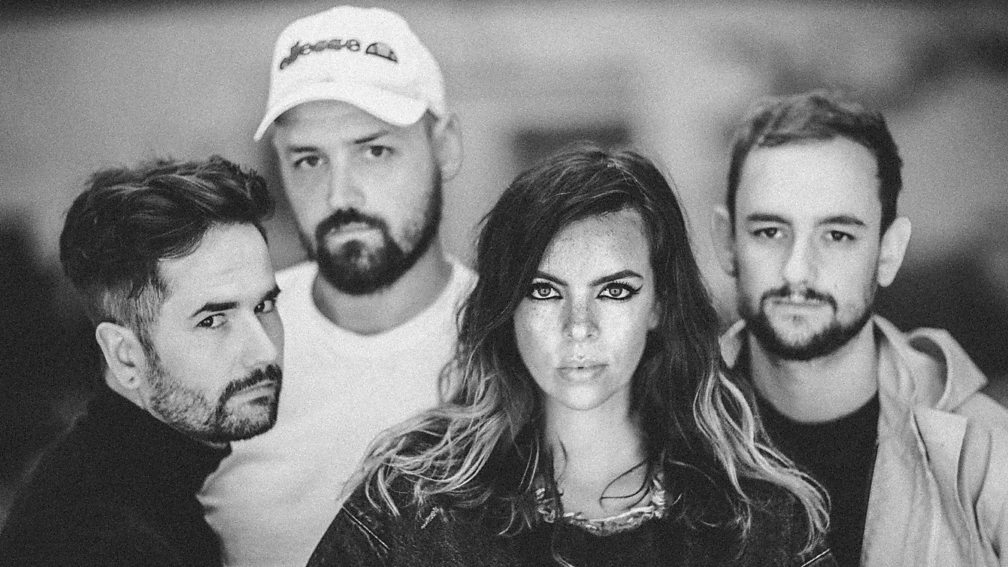 "This is a talented group of Liverpool musicians who have come together as a studio project that has now blossomed into something really exciting. The dual vocalists in Haarm (with two A’s don’t forget) Jenny and Chris blend together so well on their early taster tracks of In The Wild and Foxglove. With a strong emphasis on melody and groove the three-piece has been working with Wombats and Clinic producer Rob Whiteley to galvanise their collaborative ideas. A must see at Radio 1's Big Weekend 2017." 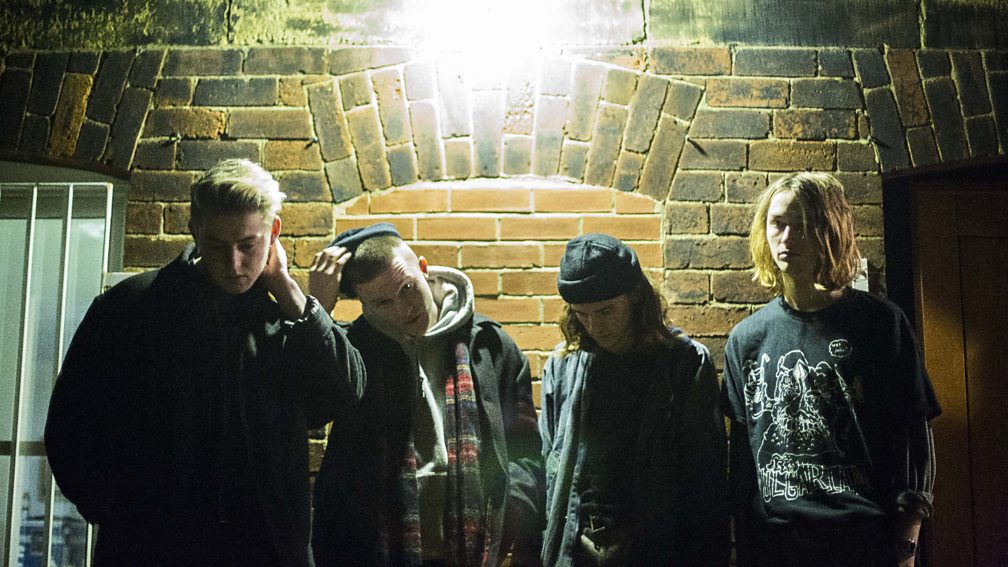 "Lumer are an irresistible force. They're new on the Hull scene but already undeniably ready for the big stage. Meet Lumer, your next favourite band." 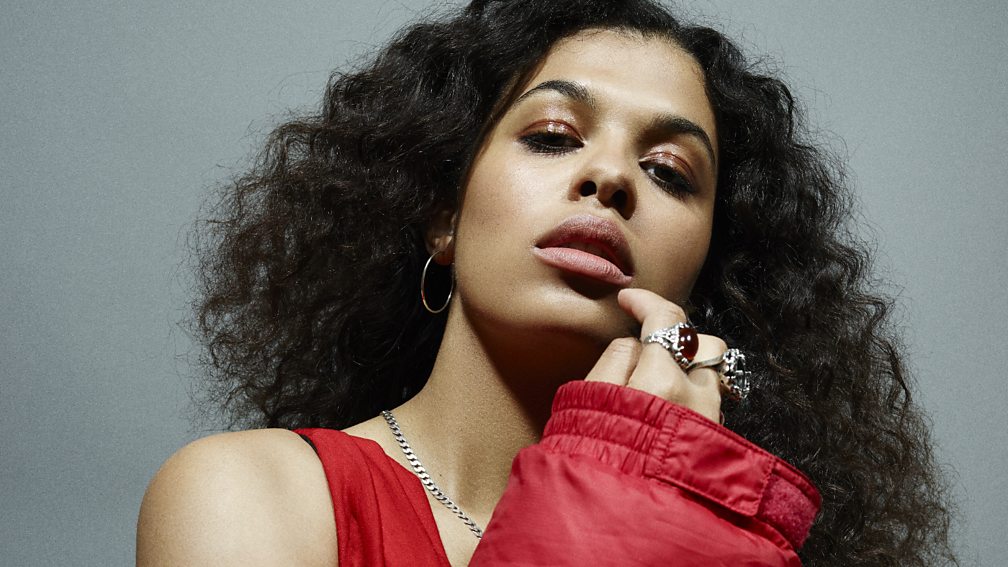 "South London-based artist Cosima captivated us the moment we first heard her romantic, soulful sound. Her intimate lyricism has such an air of maturity, she’ll have you holding your breathe throughout the whole performance! Recently handpicked by Ray BLK to support her on tour, this young soul singer has a huge future ahead of her." 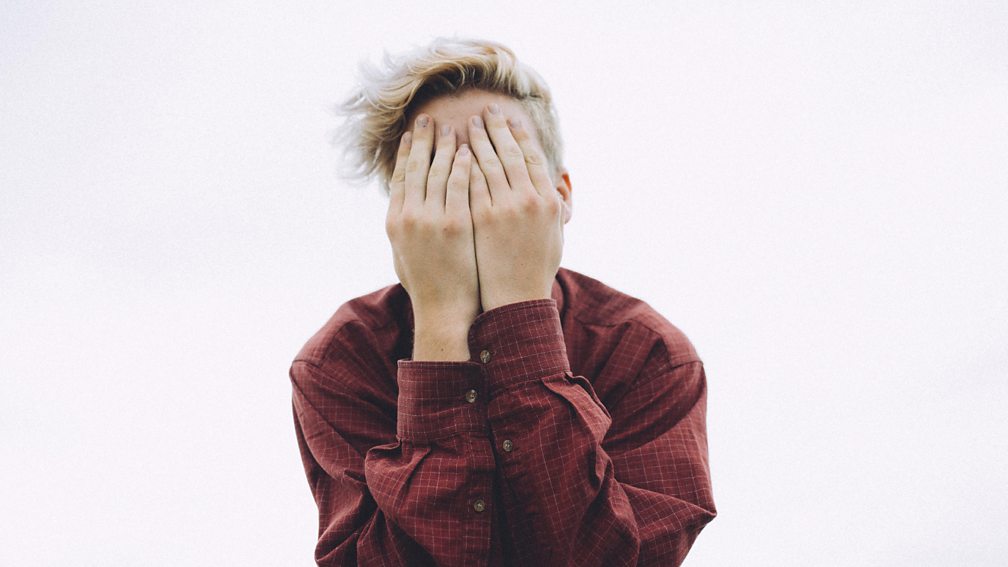 "With influences such as PJ Harvey and Jimi Hendrix and the attitude of the Sex Pistols, Chelmsford's FREAK will bring a raucous and fierce performance to the lovely people of Hull." 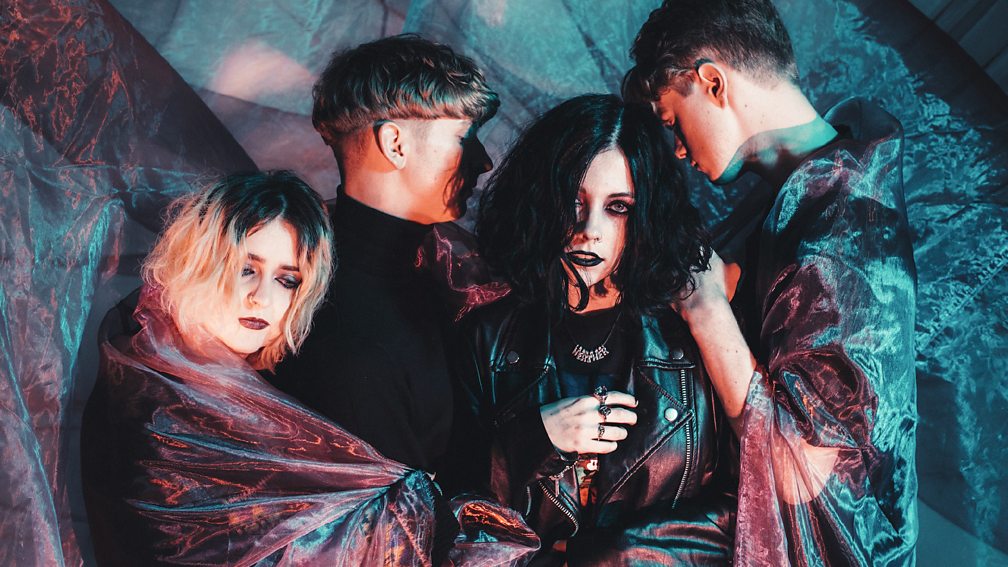 "Huge things on the horizon for this effortlessly cool four-piece who have morphed into one of the most promising bands of this year before our eyes. Dreamy, melodic and full of future hits, this is the band that everyone wants to be in!"