A job used to be for life, though these days you're more likely to move on or diversify, unless you're Ian Beale, of course. EastEnders has been a springboard for many of its actors to go on to other things; Ross Kemp in Ross Kemp on Gangs, Michelle Ryan as the Bionic Woman and Danniella Westbrook on Dancing On Ice. And then there's a pop career, which can be laden with potential pratfalls, but is too glittering a prize not to go all out for.

It's difficult now to remember just how famous Anita Dobson's character Angie Watts was in 1986, or the intensity with which people regarded her, rooting for her in her tempestuous relationship with husband 'Dirty' Dennis Watts. All that goodwill was sorely tested when Anita put out the single Anyone Can Fall in Love - based on the EastEnders' theme tune, written by Simon May, whose orchestra featured on the single with her. The track was produced by another May - her husband, Queen guitarist Brian - and became an unlikely No. 4 hit. Her follow-up single, Talking of Love, stalled at No. 43, and the album of the same name is a recherche collector's item, if we're being kind. 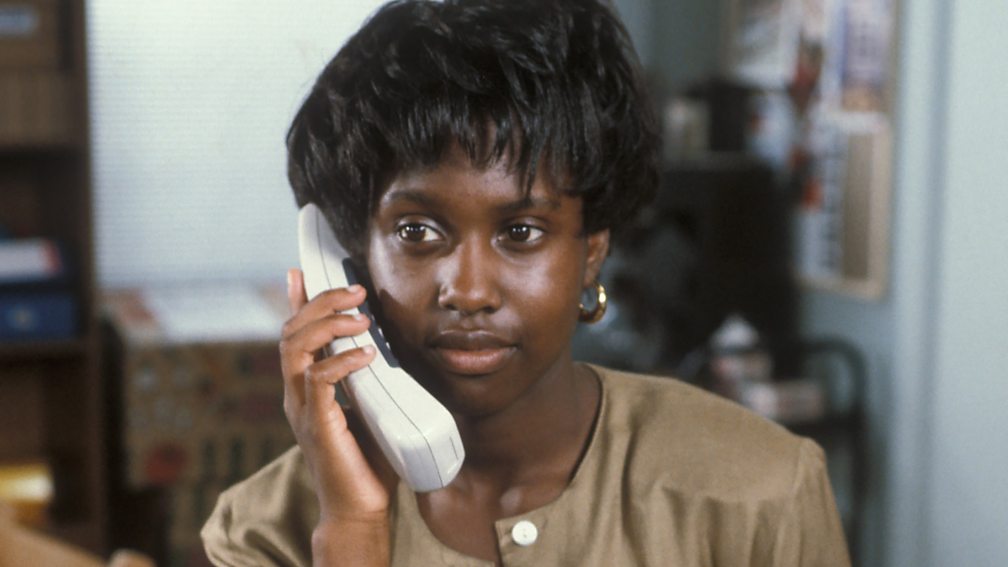 The transition from soap star to singing sensation can be a precarious one, so Michelle Gayle's somewhat seamless passage from EastEnders to Top of the Pops should probably be held up as some kind of blueprint. Gayle attended the Barbara Speake Stage School, and won the role of schoolgirl Hattie Tavernier in 1990. Hattie's evolution included getting a job as Ian Beale's PA at Meal Machine, and then running away to Norwich. In real life, Gayle signed with RCA Records, and scored seven Top 40 hits during the 90s, including first single Looking Up and the No. 4 follow-up, Sweetness. She also had two hit albums, but things didn't work out so well after she signed for EMI in 1997. Musical theatre followed and even a punt at Eurovision in 2008. She came second in the public vote to represent the UK, losing out to Andy Abraham, who came last in the finals. 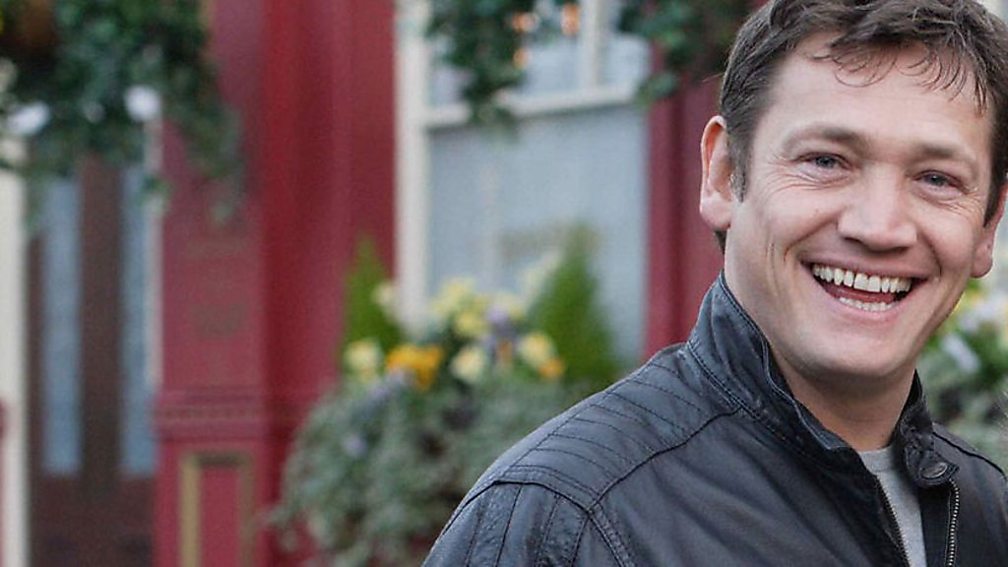 Spare a thought for Sid Owen who played one of EastEnders' longest-running (and best-loved) male characters, Ricky Butcher; he can try his hand at a pop career or go on a reality show like Strictly Come Dancing, as he did in 2012, but he will always be Rickaaaaaaay! to almost everyone. In 2000, Owen put out a cod-reggae version of the 1982 Sugar Minott hit Good Thing Going on Australian label Mushroom Records, which also released the Neighbours and Home and Away theme tunes, and music by the Minogue sisters and Peter Andre. In fact, it was the latter who the producers were no doubt trying to emulate, right down to a sun-kissed video with Ricky - sorry, Sid - wandering along the beach and splashing about in the water. The single reached No. 14, but a recorded follow-up never saw the light of day. He was back in Walford by 2002. 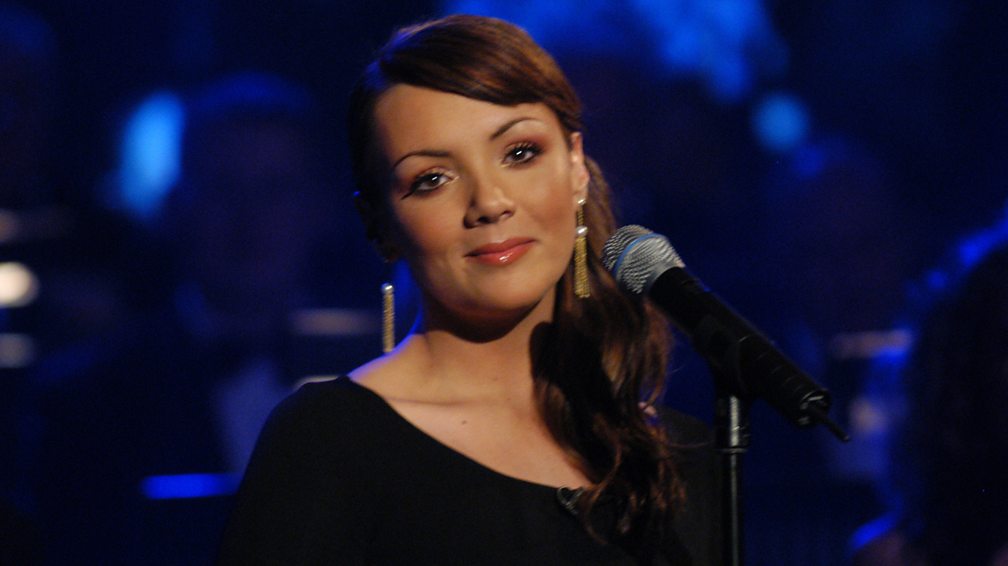 It's a little-known fact that Martine Kimberley Sherri Ponting, aka Martine McCutcheon, aka Tiffany Mitchell in EastEnders, had a brief and unspectacular pop career before she was on the show, with the girl group Milan. After being run over by Frank Butcher (who was just fulfilling his destiny according to nominative determinism) on New Year's Eve 1998, Martine set about pursuing a triumphant solo career - and so it came to pass, for a while, anyway. McCutcheon's first hit was a monster, and proved to be her Perfect Moment in more ways than one, alighting at the UK chart summit in 1999. She had four other Top 10 singles in the next two years before going on to appear in Richard Curtis's Love Actually and the West End play My Fair Lady, which would have pleased Tiff, as she was always going up West with Bianca.

A career in pop was a logical next move for current BBC Asian Network presenter Preeya Kalidas, who played newly-married Amira Masood in EastEnders, having been no stranger to singing for her supper before joining the soap. Preeya studied at the Sylvia Young Theatre School, and after leaving won key roles in a couple of West End plays, namely Bombay Dreams and Joseph and the Amazing Technicolor Dreamcoat. Leaving EastEnders for the first time in 2010 on the pretext of being in a complicated threesome (Amira's husband was having an affair with Jane's brother, Christian), Preeya signed with Universal Records and made forays into music with Shimmy (above) and as featured artist on tracks by Skepta and Bashy. A mooted album with further collaborations has yet to see the light of day, though she has returned to EastEnders twice for short stints. 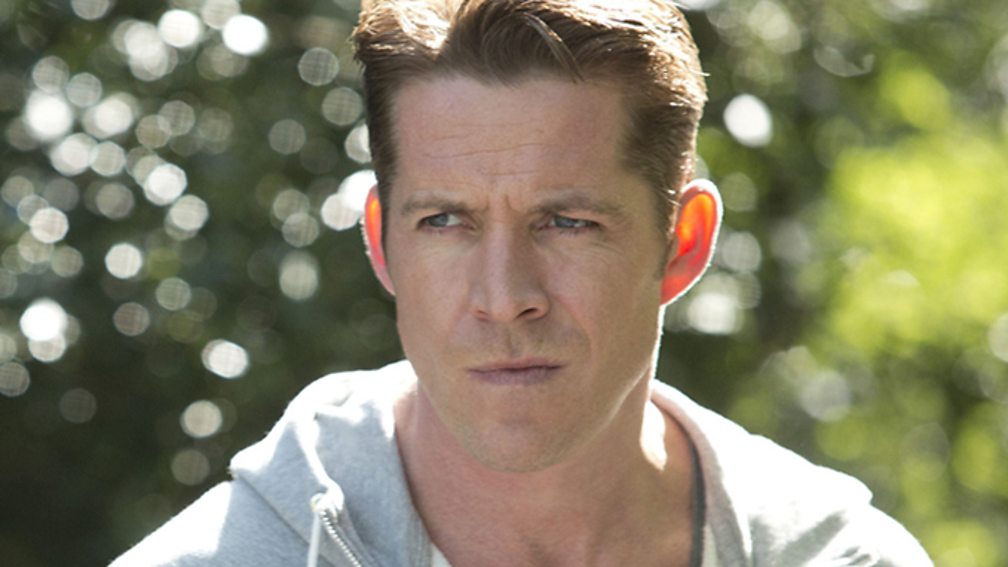 Ilford-born actor Sean Maguire made the step up from Grange Hill to EastEnders in 1993, becoming a heartthrob in the process. Maguire played Irish football apprentice Aidan Brosnan, on the books at Walford Town. When the character's career was cut short with a broken leg, Aidan's life spiralled out of control, giving the actor who played him the opportunity to head off in search of a singing career. Between 1994 and 1997, Maguire consistently landed just outside the Top 10 with eight singles, the highest ranking of which, Good Day, reached No. 12. He never quite achieved proper pop stardom, despite aping the Britpop style that was prevalent in the charts at the time. In fact, many indie artists at the time complained that it was the very presence of the likes of Maguire and Robbie Williams at the Britpop party that ensured Cool Britannia fizzled out expeditiously. 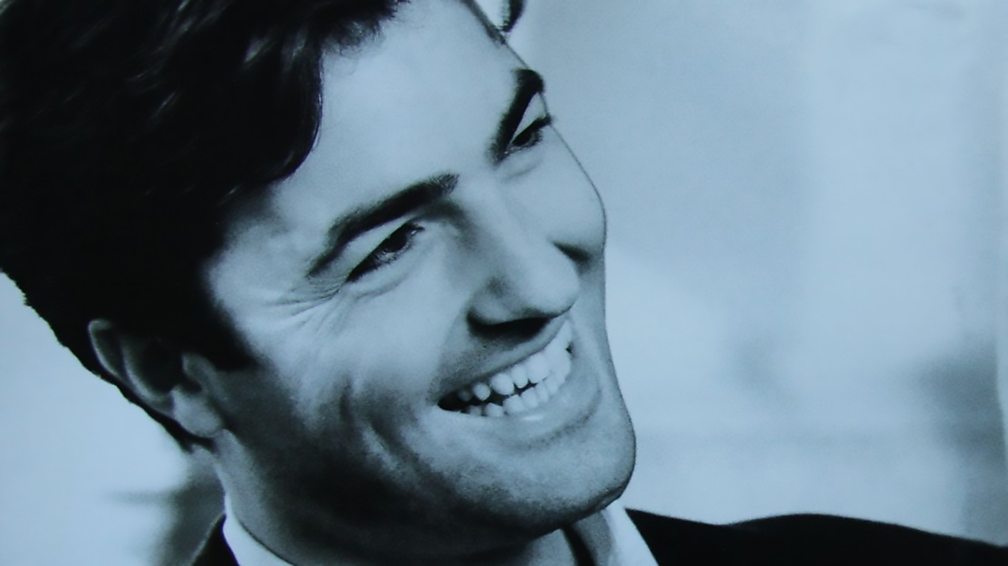 Another alumnus of the Sylvia Young School, Nick Berry made numerous appearances in shows as a bit part actor from the age of eight, before landing his first major screen role as Simon 'Wicksy' Wicks in EastEnders in 1985. Wicksy was a frustrated barman, romeo and aspiring musician, and a storyline which involved him sat at a piano playing Every Loser Wins seemingly every 13 minutes, meant the song became implanted in viewers' brains whether they liked it or not. It was no surprise then that the song, written by Simon May, stormed to No.1 in the charts, staying there for three weeks. Berry briefly left the show to tour and record an album, which peaked at 99 in the album charts, before resuming his role as Wicksy until 1990. He made one more brief reappearance in 2012, to attend the funeral of his onscreen mother, Pat. Or ex-Pat as she's now known. 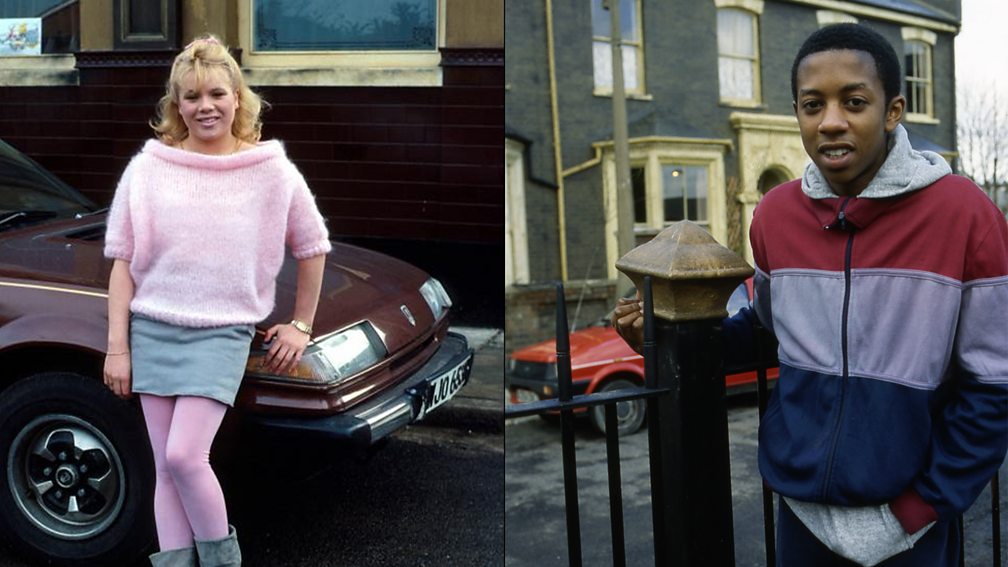 If you were a cast member of EastEnders in 1986 and you didn't have a single out, you were probably Big Ron. Wicksy's whimsical piano storyline was also tied up with a fictional band, or The Banned (so named by Marxist manager Harry Reynolds because they were banned from the Queen Vic after blowing the electrics). Members included Sharon Watts and Kelvin Carpenter, who then released the single Something Outa Nothing ("outa" was how all the hip kids were spelling "out of" in 1986, probably) in October 1986 under their professional names, Letitia Dean and Paul Medford. The heavily sequenced proto-acid jazz monstrosity, also co-written by an overworked Simon May, peaked at No. 12 in the charts that same year.

The character Nick Cotton is as synonymous with skullduggery as Captain Hook, who John Altman has also played in panto incidentally. 'Nasty' Nick’s list of misdemeanours includes - in no particular order - murdering pub landlord Eddie Royle, cutting the brakes on Ronnie Mitchell's car and leaving her in a coma, escaping from prison, and pretending to his dear mother Dot that he'd found Jesus in order to embezzle cash out of her. His chicanery went as far as faking his own death, before his actual death in 2015. Among all this duplicity, actor Altman found time to join Heavy Metal Kids as singer in 2010, releasing one song with the group, Uncontrollable! Heavy Metal Kids were formed in 1972 as a supergroup of sorts, by Dave Dee of Dave Dee, Dozy, Beaky, Mick & Tich fame, and Gary Holton, who became best known as Wayne in Auf Wiedersehen Pet. The band went on long-hiatus after Holton's untimely death in 1985, but they returned in 2002. The personnel was much changed from the original lineup when Altman joined in 2010. 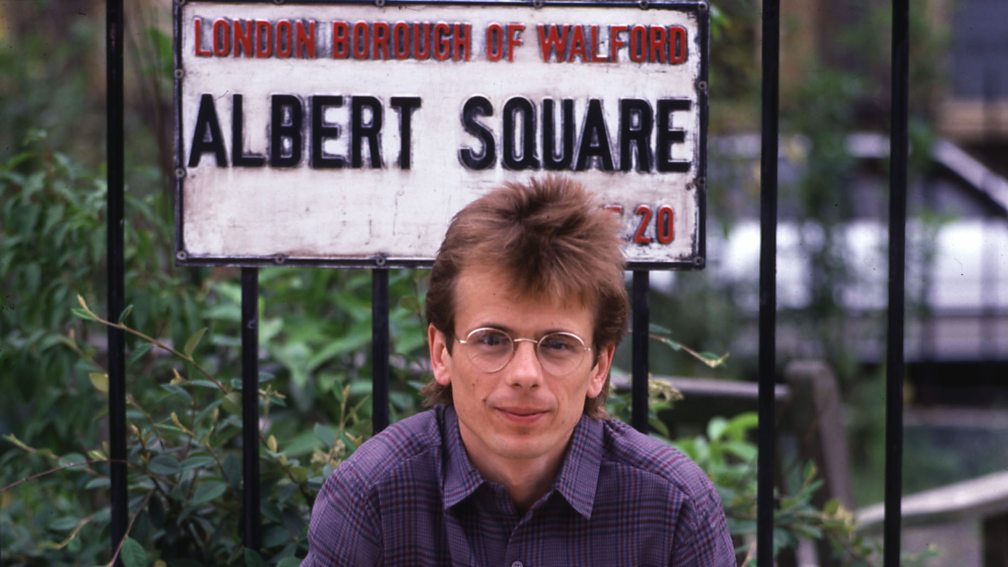 Tom Watt's rendition of Subterranean Homesick Blues isn’t quite the worst cover version of the song ever - that honour falls to the Red Hot Chili Peppers' version on 1987 album The Uplift Mofo Party Plan - but it might be the second worst. In 1985, Watt was riding high in the public consciousness as put-upon bartender Lofty Holloway, the wannabe suitor of young mum Michelle Fowler. Trying his luck, Watt made a break for the charts with a self-released version of the Bob Dylan classic, and to back up his indie credentials, members of The Fall and New Order apparently appeared in the video. Lofty's chintzy 80s dance version of the 60s standard made No. 67 in the charts, which in hindsight is fairly respectable for an independent release of dubious quality. 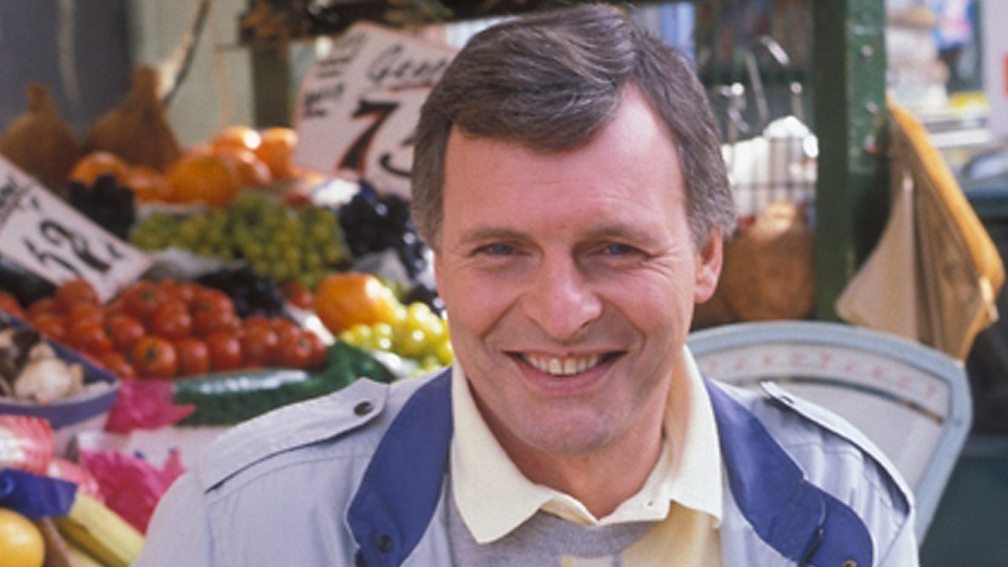 The most elusive piece of arcana in this list has to go to Peter Dean and his Can't Get a Ticket (For the World Cup) single. Dean, who began playing cheeky chappy market trader and West Ham nut Pete Beale in 1985, turned opportunist pop aspirant when he released the jaunty little number to coincide with the 1986 World Cup in Mexico. The song charted in the outer orbits of the Top 100, ending Peter Dean's pop career before it started. His acting career also went south when Pete Beale was killed off in 1993. In real life, Peter is apparently a Buddhist greyhound racing enthusiast. 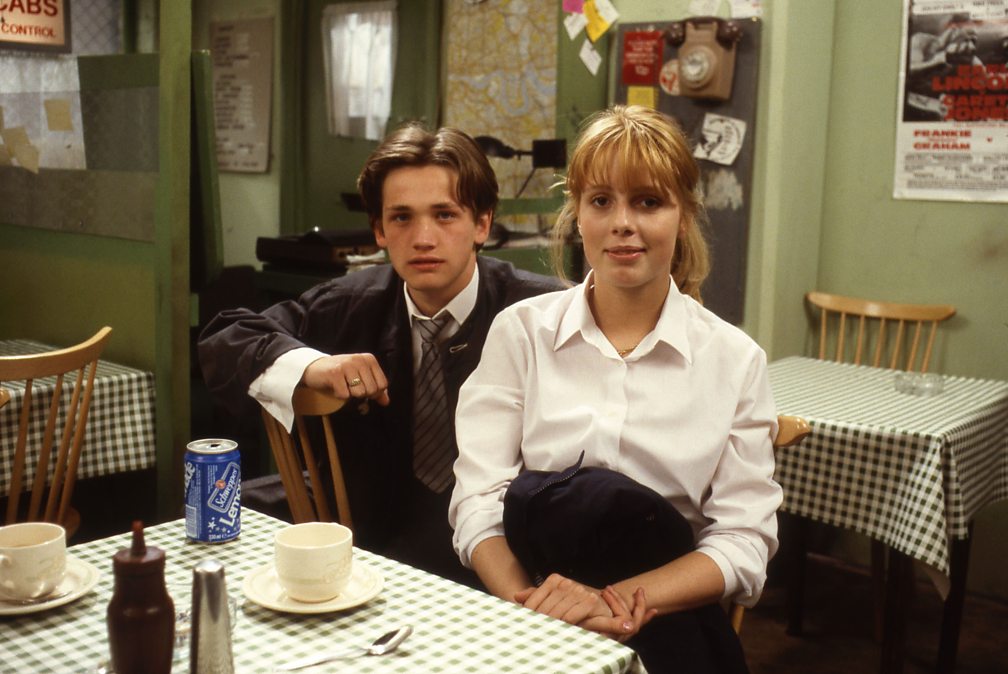 The fledgling pop career of Diane Butcher, played by Sophie Lawrence, petered out in a similar vein to that of her younger stage sibling Rickaaaaaaay when she released a cover of Donna Summer's Love's Unkind. Another former Sylvia Young pupil, Lawrence had actually intended to be a dancer, but had to change direction when she pulled a muscle in her groin. Under the direction of pop svengali Simon Cowell, her version of Love’s Unkind lacked much of the pizzazz of the original, peaking at No. 21. She recorded follow-up material with Stock, Aitken and Waterman, but it was never released. Diane had been written out of the soap as a runaway, leaving the door open as she pursued a music career. The oldest Butcher spawn soon came home with her tail between her legs.