Some songs are defined by an iconic instrumental passage, an arresting tune or riff that may set the emotional tone for what is to follow, boost excitement levels mid-way through proceedings, or deliver a devastating melodic pay-off after all the lyrical hand-wringing is done and dusted.

But while we know lots about the people who sing those songs, and a fair amount about the people who write them (assuming they're not one and the same), the crack-shot session musicians whose contributions make everything fly are rarely celebrated, and this, as our first example serves to prove, appears to be especially true if they play the saxophone.

Early Gerry Rafferty demos do contain that soaring melody played on a guitar, which appears to have been influenced by the opening refrain of a jazz tune called Half a Heart by saxophonist Steve Marcus. Gerry brought in saxophone ace Raphael Ravenscroft to play it, although Raphael would later claim to have made the tune up on the spot. Further muddying the waters, Stuart Maconie would later write a spoof music factoid in the NME claiming that the sax part had been played by Blockbusters host Bob Holness, which was widely repeated as the truth.

For his part, Raphael, who died in 2014, claimed the song had come to get on his nerves, telling a radio interviewer in 2011: "I'm irritated because it's out of tune... It's flat. By enough of a degree that it irritates me at best."

2. Ray Jackson - mandolin at the end of Rod Stewart's Maggie May 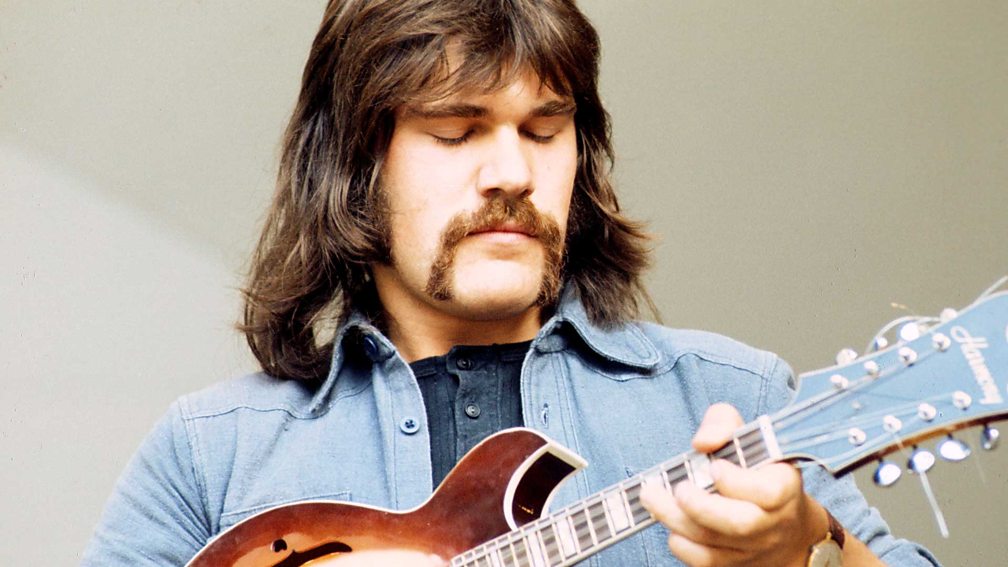 Maggie May is a strange song. Hailed as a tender farewell, its lyrics manage to be both sweetly wistful and haughtily brutal at the same time, detailing a young man's decision to move on from the older woman who has captivated his attentions. Rod Stewart appears to be trying to justify his decision by cruelly taking her down a peg or two, then trying to be nice about it, singing first, "The morning sun when it's in your face really shows your age," and then, "But that don't worry me none, in my eyes you're everything."

And the song's finale is a bittersweet mandolin break that sounds like the sort of chirpy tune a self-absorbed young fellow would whistle as he leaves his lover for the last time. And as it's an ungrateful sort of song, it's fitting that Rod Stewart would fail to properly credit the person playing that mandolin part. His sleevenotes thank "the mandolin player in Lindisfarne... the name slips my mind," when any folk rock fan could have told him it was Ray Jackson. To add insult to injury, for their iconic Top of the Pops performance, Rod and The Faces placed a mandolin in the hands of John Peel instead.

3. Shawn Lee - surf guitar at the beginning of Girls Aloud's Sound of the Underground

If anything, Girls Aloud's debut single Sound of the Underground produced even more squabbling, but for different reasons. The original song was one of sixty written by Xenomania songwriters Brian Higgins and Miranda Cooper around the turn of the millennium in order to launch their own girl group. They wanted twangy surf guitars in the style of Dick Dale's Misirlou - as heard on the Pulp Fiction soundtrack - and brought in American session player Shawn Lee (who had previously worked with Jeff Buckley and The Dust Brothers) to play them.

It was a total sonic shift from what was going on in pop music, with a chorus inspired by the nursery rhyme The Wheels on the Bus, and Higgins and Cooper struggled to get the song released. It was recorded in 2001 by the girl group Orchid, but they split up before releasing it, so it went back into the demo box. Then it was under consideration for Samantha Mumba, who opted for something less rowdy. It wasn't until Louis Walsh heard it, when sifting songs for the group he would manage as winners of ITV1's Popstars: The Rivals that it was given a proper release. And even then, there was some controversy as the producers merely added Girls Aloud's voices to Orchid's backing track, leaving some of the original harmonies intact. But of course, they always kept a steady spotlight on Shawn's fiery guitar. 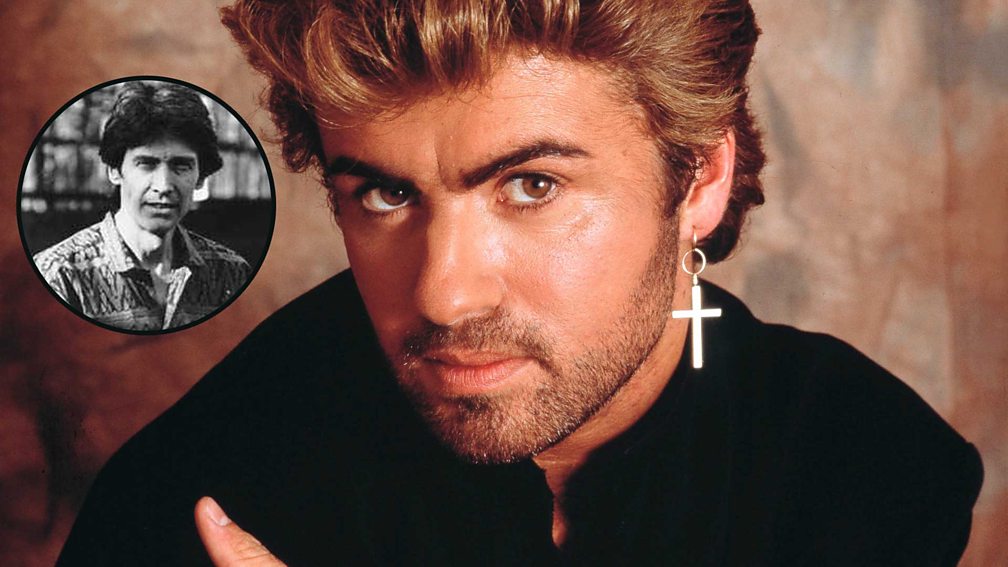 The saxophone solo that kicks off George Michael's immaculate first solo single is every bit as iconic as the one in Baker Street. It's an arresting melody, written by George himself, and one that proved so difficult to capture to his satisfaction that he auditioned 10 saxophonists, all of whom struggled to play all the notes with the right amount of fluidity and still breathe. Session ace Steve Gregory was the last to try, and even he struggled to meet George's demands, so engineer Chris Porter slowed the tape down, allowing him a little space to finish the job.

Careless Whisper is by no means Steve's only notable commission. A session regular with credits on records by artists as diverse as Fleetwood Mac, Boney M., Fela Kuti and Wet Wet Wet, he played low-down and dirty sax on Honky Tonk Women by The Rolling Stones (with fellow session star Bud Beadle). And he became one of the last people to play professionally with Queen bass player John Deacon. In 1991 John helped Steve make Bushfire, his only solo album to date, one of his final musical jobs before retiring from the music business three years later.

5. Bobby Valentino - fiddle on The Bluebells' Young at Heart

[LISTEN] On the Record: Bobby Bluebell on Young at Heart

The full story of how Young at Heart by The Bluebells came to be a pop classic may be brilliantly convoluted, but it has a hell of a fiddle part. The song was originally written and recorded in 1983 by Bananarama, with a little help from Siobhan Fahey's boyfriend Robert Hodgens (otherwise known as Bobby Bluebell), as a northern soul rave up for their first album Deep Sea Skiving. Robert took a shine to the song, and reworked it with his band, bringing in country fiddle player Bobby Valentino to enhance their recording with some hoedown licks, in the style of Dexys Midnight Runners. In fact, as Robert confirms in the interview above, their original plan was to bring in Dexys violin player Helen O'Hara.

A No.8 hit in 1984, the song enjoyed a second chart run when it was re-released after featuring in a TV commercial for a car company in 1993. It went to No.1. It's fair to say Bobby Valentino's contribution (not just the opening refrain, but a brilliantly off-kilter solo as well) transforms the song into something magical. This was tested legally in 2002, when Valentino won a court case to be credited as a co-author of the song, alongside Robert and Siobhan.

Black or White isn't the only Michael Jackson song to be closely associated with a guitarist from rock's very top shelf, who, it turns out, didn't play on most of the song. Eddie Van Halen takes a lot of justified credit for the astonishing solo in Beat It, but the hard-boiled riff on which the song is built was recorded afterwards by Steve Lukather of Toto. Similarly, Black or White may be associated with Slash, whose guitar larks introduce the album version of the song and who played it live with Michael, but the gutsy riff that dominates proceedings was played by former ELO engineer (and supremely busy songwriter for hire) Bill Bottrell.

Bill also provides the song's other unsung musical motif, in that he provides the rap in the song's funky breakdown. Credited to LTB, it wasn't until 2015 that Vice uncovered the fact that it was all Bill. He explained that he wrote the rap and recorded it as a suggestion, but Michael liked it so much it stayed in, despite Bill's pleas that he get LL Cool J or Heavy D to do it instead: "The fact that I'm white and I did that rap kind of speaks to the content of the song. So in his mind, it all came together." 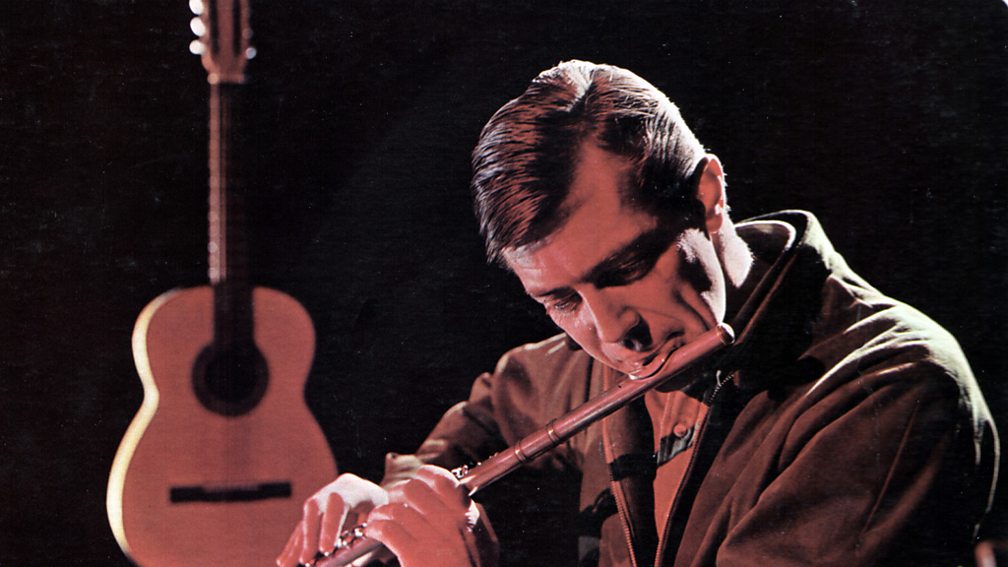 The songs of The Mamas & the Papas didn't feature a lot of instrumental breaks, largely because they are chock-full of vocal harmonies. But their 1965 calling card California Dreamin' was blessed with a woozy, mournful flute solo that filled a hole in the song for 30 blissful seconds. And it was played by Bud Shank, one of the pioneers of jazz flute. He'd been dragooned into improvising a solo by Papa John Phillips, who had spotted him in the hallway of their recording studio.

Bud was already a well-established performer by the time he was asked to contribute to the song, having first made a name for himself as a part of a relaxed, melodic West Coast jazz scene. His dalliance with the flute was only temporary, and his principal instrument was the alto sax. Always keen to explore other musical textures, he dabbled in Brazilian-influenced jazz in the early 1950s with Laurindo Almeida and Indian-influenced jazz in the early 1960s with Ravi Shankar. Later still he could be found adding saxophone and flute to Joni Mitchell's The Hissing of Summer Lawns.

8. Charles R. Sirard - bassoon on Smokey Robinson & the Miracles' Tears of a Clown

The bassoon is not an instrument that features in a lot of pop songs. Even within the orchestra it tends to be used more for tonal colour than for melodic passages. But Smokey Robinson & the Miracles' 1967 soul classic Tears of a Clown starts with a baroque breakdown, in which a piccolo (played by Jim Horn) squeaks out a jaunty refrain while Charles R. Sirard, principal bassoonist with the Detroit Symphony, parps and grunts away on his instrument at double speed, filling the air with fancy twiddle. It sounded like circus music to Smokey when he first heard it, and that inspired his metaphor of the sad clown on which the song rests.

That this ornate and fanciful introduction resolves into one of Stevie Wonder's most sparkling and funky grooves is remarkable enough. But if you listen carefully you can hear Charles continue to mark out time in the rest of the song, hitting the downbeat slightly ahead of the beginning of each bar with a lowdown and dirty blast quite at odds with the delicate curlicues of that Big Top breakdown.