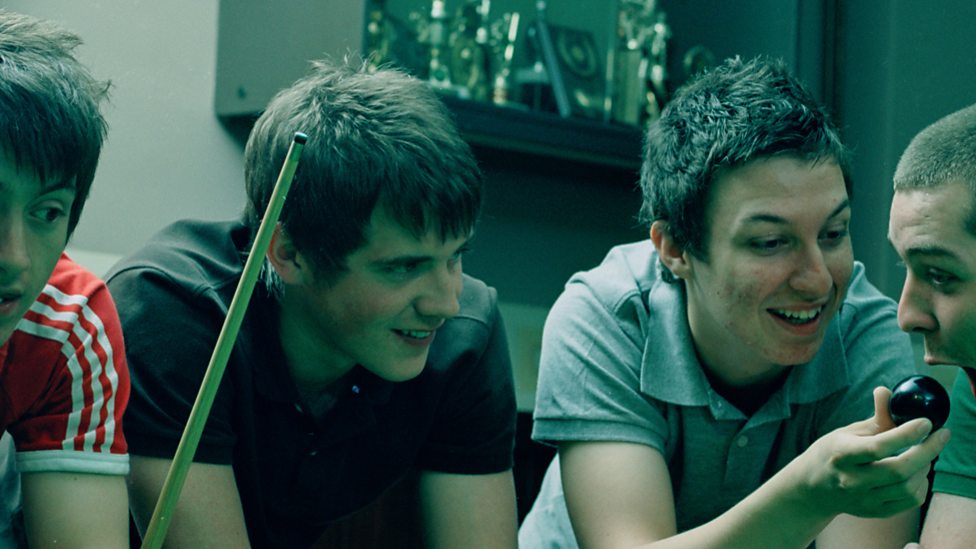 Ten years ago, on January 23, Arctic Monkeys released Whatever People Say I Am, That's What I'm Not, and if that doesn't make you feel old, reading the below list certainly will.

The quintuple platinum-selling album is still the fastest-selling debut in British music history and, more than that, it marks a moment in time when the tectonic plates of both culture and business were shifting hysterically. For four lads from Sheffield it was just an album and always will be. Yet after Whatever People Say I Am... came out everything seemed to change in the music industry, as we'll find out.

But let's first remind ourselves of the history of this great British band:

[WATCH] The rise of the Arctic Monkeys

Arctic Monkeys weren't even born when The Flying Pickets performed their Christmas No.1, Only You, on Top of the Pops in 1983 (above). Back then, the weekly programme was a powerhouse, but it had lost its swagger by 2006. It wasn't like YouTube had taken over (it was still new, having been launched in 2005); rather, a whole generation of new artists no longer considered a first Top of the Pops appearance to be a sign of having made it.

Arctic Monkeys refused their invitation, saying "it didn't feel right". The show was pulled in July 2006 after 42 continuous years on air, returning only for infrequent specials.

The association of Arctic Monkeys with MySpace always sat oddly. It was their friends and fans that utilised the pioneering social network to such great effect and not the band, who remain entirely technophobic.

Nonetheless, the Monkeys' extraordinarily quick rise to stardom proved just how efficacious the internet could be in drawing attention to new music without the help of record labels (as indeed it was for Lily Allen, above, performing at Radio 1's Weekend 2014). MySpace is still around, of course, but it was quickly usurped by other social networks. It will forever be culturally associated with the mid-2000s.

Metallica (above) were among a number of musicians that took filesharing site Napster to court in 2000. By 2002, Napster - in its original incarnation - had failed, but other peer-to-peer client programmes boomed in its aftermath, especially Limewire, which was online from 2000 until 2010.

Since then, the mp3 has gone into terminal decline, along with the CD, but streaming looks like it's here to stay, and vinyl sales have been increasing dramatically too, against all expectations.

Arctic Monkeys, here headlining Glastonbury in 2013, have proved themselves to be one of the very few British bands that emerged 10 years ago capable of regularly topping the bills of major festivals.

Why? You could argue that groups like Kasabian, who have also headlined Glastonbury, just aren't as good, or you could look to a crisis in the music industry - started by illegal filesharing and exacerbated by the financial crisis - and suggest labels simply don't have the money to support new music like they used to. It causes huge problems for promoters, who have had to fall back on heritage acts like The Rolling Stones, or persuade retired bands to bury various hatchets and get back on the road.

The fad began with the unexpected reformation of the Pixies in 2003, then went into overdrive. Two of the three 2016 Coachella headliners - Guns N' Roses and LCD Soundsystem - are groups long thought to be in permanent retirement.

Arctic Monkeys at the 2008 NME Awards

Yes, they're still around, but circulation has been declining for years, forcing, in the case of NME, a drastic, last-role-of-the-dice decision to go free. In a Guardian article from last year, editor of NME in 2006, Conor McNicholas, even blamed Arctic Monkeys for "killing" the magazine.

He argued that, after Britpop, which was "a tabloid conversation" as much as a music press concern, NME found its feet again with bands like The Strokes and The Libertines. "We were the only place who knew what The Libertines meant," he said. "We owned the conversation around guitar music. That’s what changed in 2005 - we didn’t any more. Arctic Monkeys always felt to me like the band that killed the NME." 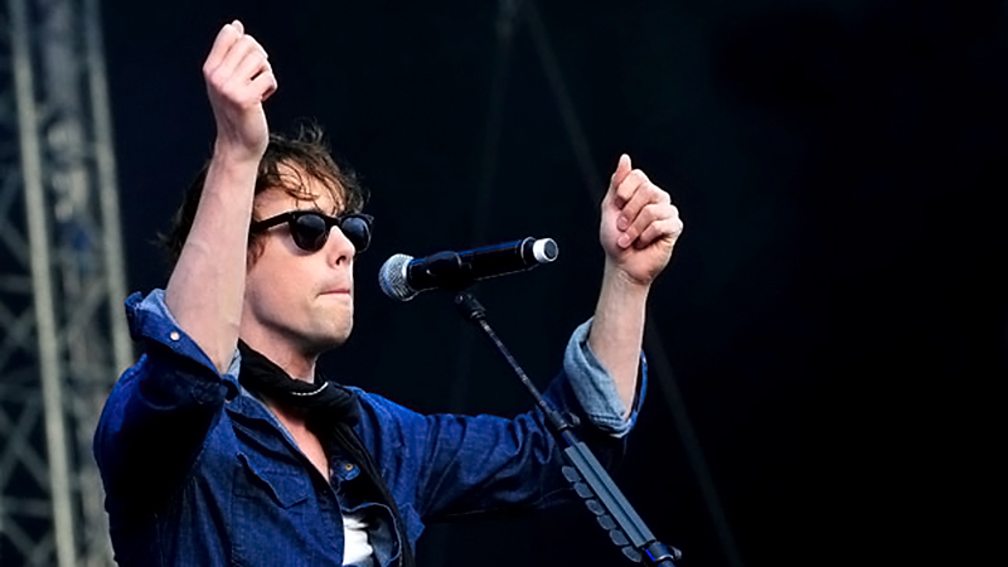 Arctic Monkeys were hugely inspired by The Strokes and The Libertines. In fact, in the wake of those two bands in particular, a glut of identikit groups formed - in Britain and the US. Journalist Andrew Harrison labelled the British bands "landfill indie", and it became the curse of groups like Razorlight (above), Kaiser Chiefs and Pigeon Detectives (but not Arctic Monkeys, who rose above all that).

By 2009, newspapers were proclaiming landfill indie to be over, and Alex Turner saying, "Yeah, that rock 'n' roll, it seems like its fading away sometimes, but it will never die," at The Brits in 2014 seemed like more of a wish than a prediction. There wasn't even one song on last year's list of the 40 biggest-selling singles that you could comfortably call an out-and-out rock 'n' roll song. 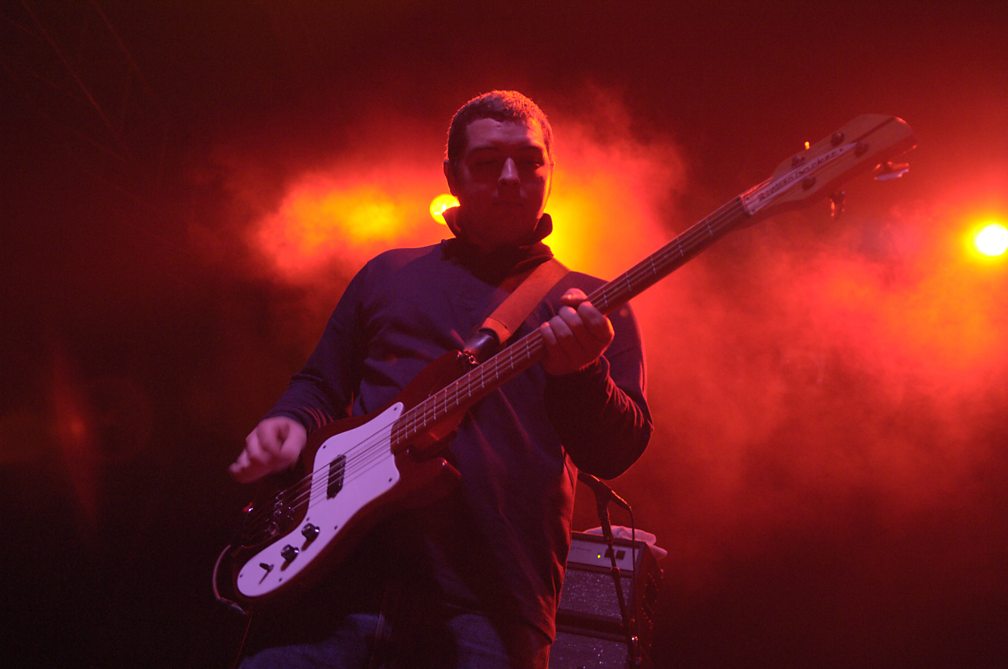 Poor old Andy! The original Arctic Monkeys' bass player left in May 2006 and was replaced by Nick O'Malley. At the time, the reason was given as "fatigue following an intensive period of touring", to which Alex Turner later added, cryptically: "We sorta found ourselves in a situation where we wanted to move forward."

He was fired, essentially, making him the Pete Best figure of the group. Since then, Andy has played in other bands, including Reverend and the Makers and The Book Club, as well as becoming a DJ and producer.