Heaven sent: Chvrches are a perfect pop band for our times

With the release of their second album Every Open Eye, Glasgow's Chvrches are about to take a big leap forwards. Here's how they did it..

They're a bunch of crazy misfits 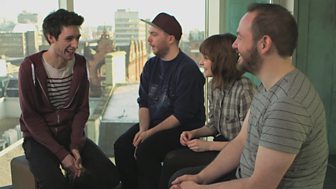 Before CHVRCHES formed, its three members were all playing in their own bands (including The Twilight Sad, Blue Sky Archives and Aereogramme), and only got together in November 2011 because Martin Doherty and Iain Cook had decided to work on some pop songs. Iain asked Lauren Mayberry to sing on them because he happened to be producing her band at the time. One of the songs they had from very early on was their first download release Lies, which brought them to the attention of the Guardian in May 2012, before they had even played a gig. By the end of the year, they'd been nominated for Sound of 2013.

In an interview with Pitchfork, Martin put this success down to their mixed backgrounds: "The stuff that people perceived as potential weaknesses in the beginning - a bunch of random folk, different ages, different backgrounds, that we weren't all skinny 19-year-olds - ended up becoming our biggest strength. People could see that it was real."

They're a secret emo band 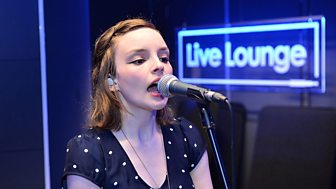 BBC Radio 1 - Chvrches: Behind The Song

Their debut album The Bones of What You Believe was recorded in a basement flat in Glasgow, on their own equipment. It later went gold in the UK and was very warmly received in America. The follow-up has been recorded in the same place using some of the same gear, although it has now been converted into a more conventional studio.

As for the lyrics, Lauren has been very clear she writes from the heart, referring to the band as "an emo band in disguise" and settling old scores with a pen, pad and microphone, while Martin is torn between the art and the charts: "I spent half my 20s trying to make weird music immediate, like, "Why can't I make a post-rock record that sounds like Whitney Houston?" But now we're trying to make immediate music a little bit weirder."

BBC Radio 1 - Chvrches: Behind The Song

They're a holy trinity

Someone asked me, 'Do you regret opening this can of worms?' Well, it was opened for me. It was opened at me"
Lauren Mayberry

The band have maintained a strict policy for media interviews, in which they appear together as a band or not at all. Despite this, Lauren was singled out as the target of unpleasant online abuse, something she has been quick to address, in an explicitly-worded piece for the Guardian(warning: contains adult themes), on social media, and even appearing (solo, for once) on Channel 4 News: "This happens to women all the time anyway, and I hate the idea that young girls who follow our band deal with stuff like that... I don't want them to feel like it is just happening to them, because it happens everywhere."

And she won't stop until the abuse does, as she explained to NME: "Someone asked me, ‘Do you regret opening this can of worms?’ Well, it was opened for me. It was opened at me."

Someone asked me, 'Do you regret opening this can of worms?' Well, it was opened for me. It was opened at me"
Lauren Mayberry

They have a huge congregation

Chvrches: T in the Park highlights, 2014 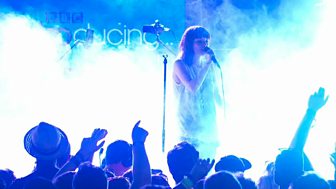 Thanks to their American success - with The Mother We Share in particular offering a sonic footprint for Taylor Swift's 1989 to step into - and some hard gigging experience, CHVRCHES are now seasoned festival regulars, having played at Glastonbury, T in the Park, SXSW, The Great Escape and most recently Lollapalooza.

But as ever, it's all on done their terms or not at all, as Martin explained to the Guardian: “We could have sold 200,000 more albums if we’d hidden Iain and I from view and put Lauren on the cover of every magazine. But there’s 100 of those acts and that stuff goes away. We ended up doing it in an indie band style. We broke through via word of mouth. It was about doing it in an honest, right way.”

They have a winning way with a cover version 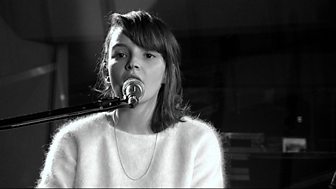 In February 2015, the band came to the Live Lounge, and they had vengeance on their minds. Justin Timberlake's original of Cry Me a River was mournful enough, but this version adds layers of extra frostiness and a certain relish. Widely thought to be about the breakup of his relationship with Britney Spears, Justin had ranted and wailed at his ex, where Lauren calmly takes hers apart with great satisfaction, like a scientist dissecting a frog that had done something unspeakable in her dinner.

In their time, the band have taken on covers songs by Prince (I Would Die 4U, see the Vic Galloway session above), Arctic Monkeys (Do I Wanna Know), Paramore(Ignorance), Haim (Falling), East 17 (Stay Another Day) Whitney Houston (It's Not Right, But It's OK) and even arch-goths Bauhaus (Bela Lugosi's Dead was recorded for the soundtrack of Vampire Academy, fittingly).

Oh, and they've just covered Justin Bieber's What Do You Mean? as part of Live Lounge Month.