Pop's always had a soft spot for a good underdog story, which is why everyone from Destiny's Child and Eminem to Queen and Florence + the Machine have released anthemic, inspirational songs about overcoming the odds, battling adversity and improbably coming out on top.

Some stars, though, don't just talk tough. Below is a list of seven musicians who faced career-threatening injuries and illness, from broken vertebrae and missing fingertips to bullet wounds and severed limbs, and were somehow able to keep on going. To pop's bravest, hardiest warriors - we salute you. 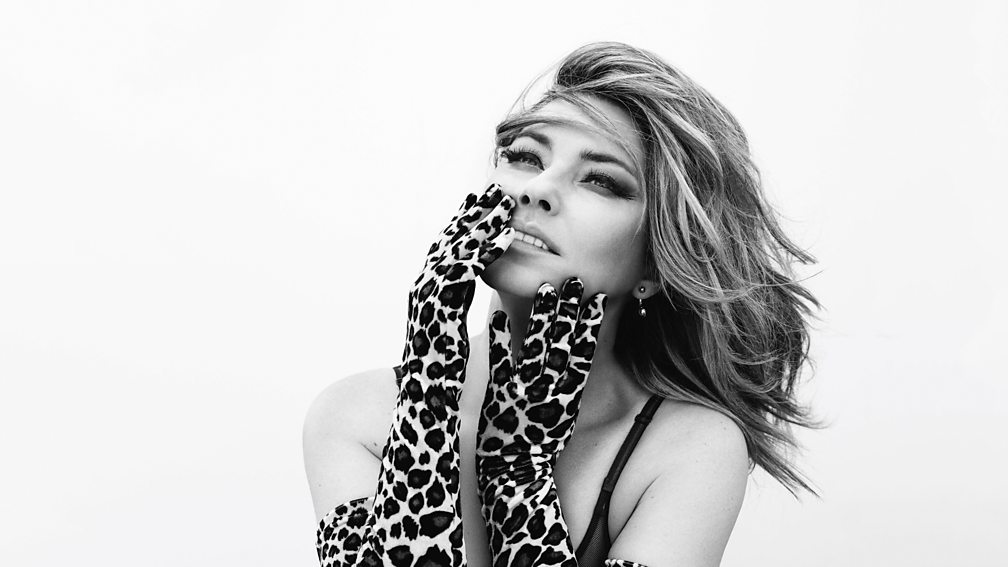 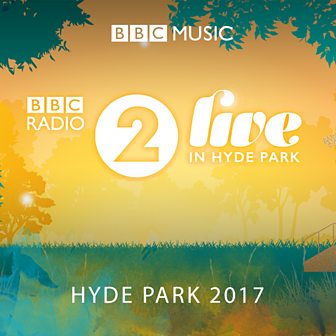 Shania Twain is a special guest at this weekend's Radio 2 Live in Hyde Park, and it will be the only UK date this year by the top-selling female country artist of all time. But as Twain told Music Week last month, her career was almost curtailed altogether after she began suffering from the vocal cord condition dysphonia. The singer, who was diagnosed with Lyme disease 13 years ago, said: "I wasn't able to project any sound or control the quality of the sound. Even speaking was very, very difficult... The cords looked fine to anyone who was a voice specialist. I started to think it was all in my head, so I just thought, I guess I'm never going to sing again."

She was only able to recover after undergoing physiotherapy which, she said, was initially embarrassing due to her inability to use her voice for even basic things. "You have to go through all of that humiliation, and listening to yourself like that," she added. "That's what I was facing. Would my cords actually function the way I needed them to again? Would they ever be strong enough again, or controllable enough, or manageable enough?"

But the difficult sessions worked, allowing her to regain control over her voice and record new album Now - her first studio record in 15 years.

Black Sabbath's Tony Iommi is rightly revered as one of heavy metal's finest guitarists. But as he told the BBC earlier this year, he nearly gave up the instrument altogether as a teenager. The 17-year-old Iommi was working as a welder at the Summer Lane steelworks in Birmingham and cutting a piece of metal when a guillotine slammed onto his hand and sliced off the tips of his middle and ring fingers. "I was told, 'You'll never play again,'" he said. "It was just unbelievable. I sat in the hospital with my hand in this bag and I thought, 'That's it - I'm finished.' But eventually I thought, 'I'm not going to accept that. There must be a way I can play.'"

Inspired by a co-worker who played him a tape of Django Reinhardt, who also had to change his style after being injured in a fire, Iommi persevered and fashioned makeshift prosthetic fingertips using an old bottle of Fairy Liquid, covered with cut-up sections of a leather jacket. Talking about how the injury shaped his sound, he said: "It helped me play a different style because I couldn't play the conventional way - I couldn't play the proper chords like I could before the accident, so I had to come up with a different way of making a bigger sound."

"I felt like an a******, but my doctor told me not to worry, it happens to everybody," said Patti Smith after she fell offstage during a show in Tampa, Florida in 1977. Her 15-foot plummet into the orchestra pit was so violent it left her with several broken vertebrae in her neck, as well as some broken bones in her face and a head wound that was sewn up with 22 stitches. But as she told Circus magazine the same year, she was in good hands - she was being treated by "the same doctor who took care of Keith Richards when he fell off the stage" - and she juggled physical therapy sessions with working on a follow-up to the Patti Smith Group album Radio Ethiopia, which had been less of a commercial success than her label had hoped for after her acclaimed debut, Horses.

The resulting album, 1978's Easter, was the breakthrough her label had been hoping for, bolstered by the popularity of the Bruce Springsteen co-written single Because of the Night. In a 2012 interview with Uncut, Smith denied that the fall was a result of her being "stoned", revealing instead that the road crew for Bob Seger & the Silver Bullet Band (who she was supporting) had failed to provide enough space for her to perform in. "I was being careful on the stage because there wasn't as much room or light. I didn't whirl around as much as usual, but when I hit the monitor with my foot, it was half hanging over the lip of the stage. We needed more space and light, and we didn't get it, and I had an accident."

She also revealed that she continued to feel the consequences of the accident, adding: "I still suffer from it. My neck… I still get discomfort, spinal discomfort. It's nothing I can't live with."

Just days before he was due to shoot the music video for his single Thug Love (which featured R&B stars Destiny's Child), 50 Cent was shot nine times. The incident, which took place in 2000 while he was sitting in the back of a car in Queens, New York, left the rapper with bullet wounds in his leg, right thumb, arm and mouth. To add insult to serious injury, 50 Cent's nascent career, which had started to take off after his first single, How to Rob, became an underground hit, took another blow when he was dropped by his record label Columbia, who scrapped plans to release his album Power of the Dollar.

"I was looking in the rear-view mirror like, 'Oh s***, somebody shot me in the face!'" he told MTV. "It burns. Burns, burns, burns. The adrenaline is pumping so fast that the pain is not really that bad until the doctors finish with you. Then that morphine wears off and then you're introduced to the pain."

He was discharged from hospital after 13 days, but it took a further five months for him to complete his rehabilitation; even then, as MTV detailed, the bullet to his mouth "shaved off part of his gums and left a hole in-between the top and bottom rows of his teeth, and would cause a small, but permanent, change in his voice".

But he was able to rebuild his momentum with a series of cult mixtape releases, one of which was eventually given to Eminem; the impressed rapper and his own mentor, Dr. Dre, signed him in a joint deal to their Shady/Aftermath labels for a reported $1 million.

After Edwyn Collins - former frontman of legendary Scottish indie group Orange Juice - suffered two cerebral hemorrhages within days of each other in 2005, he was initially only able to utter a handful of phrases: "yes", "no", "Grace Maxwell" (the name of his wife) and "the possibilities are endless". The last of those was later used as the title of a 2014 documentary detailing his recovery from his two strokes - which, according to the Guardian, were on a "catastrophic" scale - as he slowly learned how to walk, talk and read again, as well as compose songs.

As Collins revealed in the same Guardian interview, progress was slow - he learned to read again with Ladybird books, and spent a lot of his early recovery time focusing on drawing rather than music - but eventually he was able to play chords on the guitar again (although strumming was beyond him) and write and sing songs. In 2010, he recorded his first album since his illness, Losing Sleep, and followed it with another, Understated, in 2013. 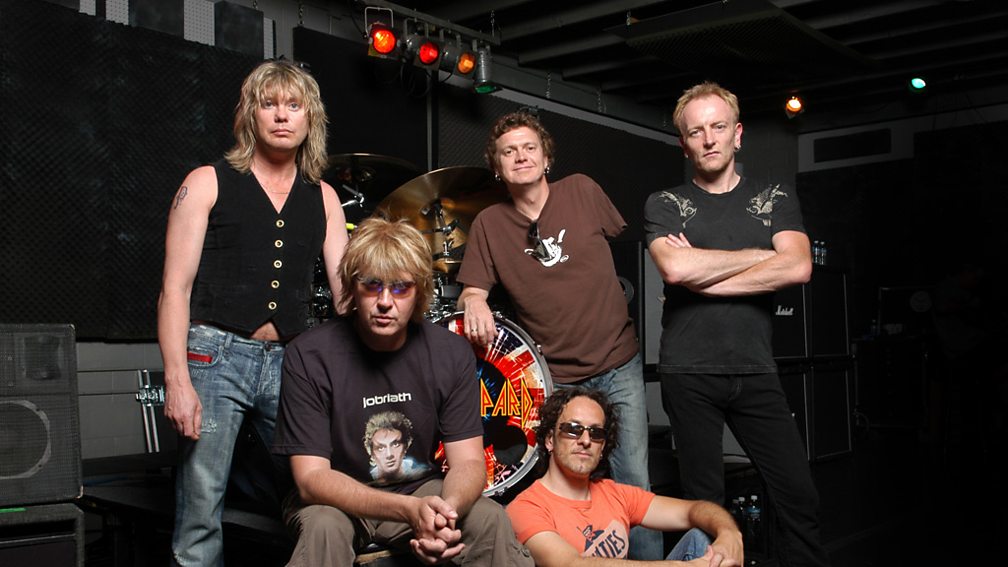 Def Leppard's third album, 1983's Pyromania, was something of a mainstream hit; it reached No.18 in the UK and fared even better in the US, hitting No.2 and eventually selling over 10m copies. By the following year, though, drummer Rick Allen's career was put in jeopardy after he was seriously injured in a car crash in Sheffield, when his vehicle flipped over several times. Allen, whose seat belt wasn’t properly fastened, was thrown from the vehicle and had one of his limbs severed in the process.

As Ultimate Classic Rock document in detail, a medical professional tried to save his arm by packing it in ice, but doctors were unable to reattach it because of infection. Despite the injury, a determined Allen persevered: while in hospital, he decided he could still use his feet to play some of his drum parts, and he and the drum company Simmons worked together to create a new electronic kit he could use. "If I couldn't play drums it would have destroyed me," he said of his unlikely recovery. "If you're thrown in the deep end you swim, and that's basically what I did. I had to do it and with the rest of the band behind me and the encouragement I got from people all over the world, I knew that I was going to play."

By 1986, he was ready to perform with the band again at an emotional show at the Monsters of Rock festival at Castle Donington, and he played on their monstrously successful 1987 album Hysteria (named, in part, in response to the press attention his accident had inspired), which has sold over 25m copies worldwide.

Early in his career, New Orleans boogie and blues legend Dr. John (AKA Mac Rebennack) decided to ditch his beloved piano in favour of the guitar, believing that the latter instrument was more likely to help him eke out a living from playing music. But he hadn't reckoned on being shot in the hand when defending his bandmate Ronnie Barron, who was being pistol whipped by a motel owner, allegedly because he was having an affair with his wife. When Rebennack tried to intervene by placing his hand over the firearm, it accidentally went off and nearly severed a finger from his left hand.

Doctors were able to save the finger, but John was unable to play the guitar anymore, and instead reverted back to his original love, the piano. A few years after the incident, he released his 1967 debut album, Gris-Gris, and went on to cultivate a legacy that includes reams of quality albums, six Grammy awards and a place in the Rock and Roll Hall of Fame.

He's still remarkably matter-of-fact about the original injury, too. When asked by the Quietus in 2010 about losing his finger, he replied: "Ronnie's mother said she would chop my cojones off with a butcher knife if anything happened to him. And he was strung out as a kid, probably too young to be on the road. But the point was we played a lot of dangerous joints; I'm surprised it didn't happen before that. I never thought I would get shot in my finger… I just thought I'd get killed or somethin' in one of them fights because there was a lot of shootin'."