7 concerts that caused chaos, and what happened next 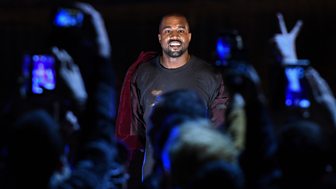 Storms hit New York last Sunday, 5 June, resulting in the cancellation of the last day of the annual Governors Ball festival. For Kanye West, who was billed to perform, this meant making alternative plans - he made a surprise appearance at radio station Hot 97's Summer Jam alongside his G.O.O.D Music labelmates, then leaked news of an impromptu 2am gig at the 1,500-capacity Webster Hall in Manhattan's East Village.

We say leaked, but news slipped out via his wife's Twitter feed (she has 45m followers) and, frankly, things weren't going to end well. Chaos erupted on the the streets, the gig was cancelled and attempts to find other venues fell through, too. The most anyone saw of Kanye that night was out the sunroof of a car as he made this way through the hordes of people, some of whom got to shake his hand. Read about the incident as it unfolded on BBC Music News LIVE.

In this instance, the mere promise of a gig caused chaos, but fortunately nobody was hurt. There have been times in music history, though, when gigs have ended in real riots, or even tragedy. Here are seven examples, all of which, in different ways, led to change. 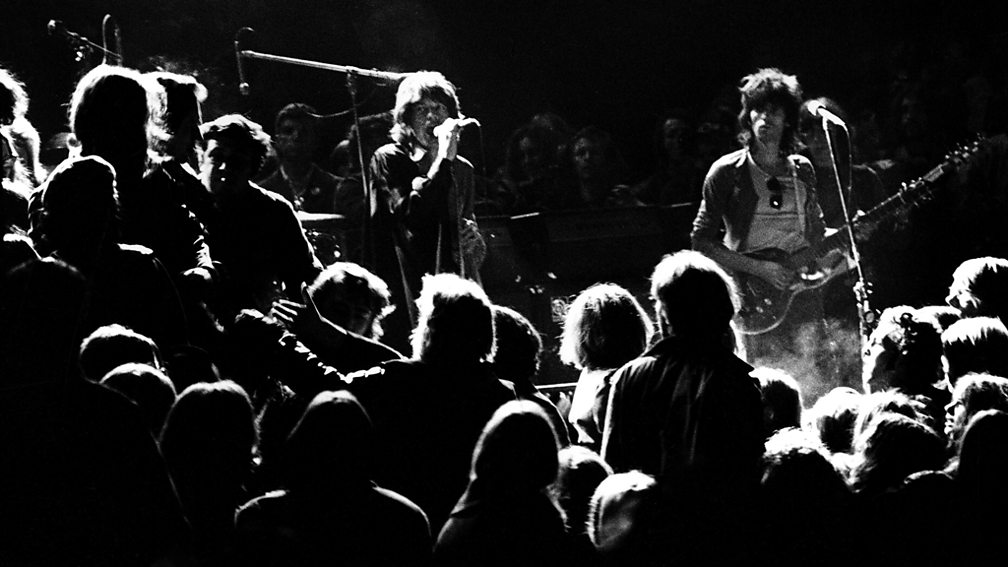 The Altamont Speedway Free Festival took place on 6 December 1969, a day that Rolling Stone magazine called "perhaps rock 'n' roll's all-time worst day, a day when everything went perfectly wrong" in an article published shortly after the fateful event. What was designed to be a Californian take on the Woodstock Festival, which had taken place in upstate New York four months earlier, was marred by violence from its outset and ended with the stabbing of an 18-year-old attendee, Meredith Hunter, by a Hells Angel during the Rolling Stones' set. There were two other deaths at the event as well - one by drowning, another as a consequence of a hit-and-run car accident.

Hunter was brandishing a revolver, resulting in the Hells Angel, Alan Passaro, being acquitted of murder on grounds of self-defense. But the circumstances leading up to the stabbing and the aftermath of Altamont continue to be discussed today. The festival is thought to metaphorically signify the end of the 1960s hippy dream of peace and love.

What happened next: As Owen Gleiberman wrote in a 2014 BBC Culture piece, Altamont at 45: The Most Dangerous Rock Concert: "It's automatic to think of Altamont as the end of something. Yet it now looks like the beginning of something too: a world in which the aggression of the self, on the part of just about everybody, would be given a new licence."

In the above clip, journalist Ben Westhoff explains N.W.A's influence on pop culture ahead of the release of Straight Outta Compton, a 2015 biopic on the LA gangsta rap group. A key scene in the film is their 1989 concert in the Joe Louis Arena in Detroit, before which local police had insisted that N.W.A don't perform their controversial protest song, F*** tha Police, or there would be consequences to face. They played it anyway, causing the crowd to erupt, a gun to supposedly be fired into the air (it was actually a firecracker) and the group to be arrested while still on stage.

The film plays loose with the truth (N.W.A were arrested back at their hotel), but the gig nonetheless remains a significant moment in the history of rap music. As the film's director, F. Gary Gray, told Buzzfeed: "It's a pivotal moment because it's one of the many moments where they stood up and they had the courage to say, 'Freedom of speech applies to everyone in America, and we are not going to take this abuse. We're just not going to do it.'"

What happened next: N.W.A's 1989 summer tour marked the peak of their notoriety and popularity, but F*** tha Police endures as a protest song against police brutality and racial profiling in American inner cities and beyond.

Above, you can hear music highlights from the 1990 Glastonbury festival - the year that was ultimately overshadowed by violent clashes between security forces and New Age travellers on Monday morning, resulting in 235 arrests and £50,000 worth of damage. In a sense, this was nothing new - there had been confrontations between authorities and New Age travellers ever since the movement started in the 1970s, not least at what became known as the Battle of Beanfield in 1985, during which a staggering 537 travellers were arrested by Wiltshire Police while trying to set up the Stonehenge Free Festival.

But Glastonbury had always been respectful of the traveller movement. According to Michael Eavis, the riot was sparked by heavy-handed treatment of the travellers by a security team he admits were "corrupt", but also, as he told the Guardian in 2010, "We were like a social safety valve, people needed to let off steam during the Thatcher years; it just got a bit out of hand."

What happened next: A change in the character of Glastonbury. Eavis took a year off in 1991, then in 1992 erected a 10-foot fence around the site, effectively putting an end to New Age travellers attending for free (although many still work at the festival).

By the early 1990s, an alliance between some sections of the New Age travelling movement and the rave scene had formed, leading to the Castlemorton Common Festival, which took place over a full week in May 1992, closely watched by both the police and the national press, who had been reporting widely on the free party scene in the run up to the festival (and certainly contributed to between 20,000 and 40,000 people turning up).

Compared to the Battle of Beanfield, it passed without serious incident, although police did target one of the main sound systems at the festival, Spiral Tribe, confiscating their equipment and arresting 13 members. But Castlemorton did leave quite a legacy...

What happened next: As the Guardian reported in 2010: "The festival was by no means the sole cause of the government's full-blown assault on the free party scene, but it was certainly the excuse. The giant party set in train the moral panic that led to the 1994 Criminal Justice and Public Order Act."

It's perhaps the most infamous premiere of a ballet in all of the 20th century - the moment when Igor Stravinsky unleashed his dissonant, aggressive masterpiece, complete with unexpected, angular choreography by Vaslav Nijinsky, on those assembled at the Théâtre des Champs-Élysées in Paris on 29 May 1913, and caused a riot. Or so the legend dictates. But what actually happened? In the above clip, Ivan Hewett explores the myths that surround the infamous first performance of the Rite of Spring and seeks to establish what, if anything, was chucked towards the stage, whether fights broke out and how planned the chaos was by Stravinsky and Nijinsky.

Witnesses have different memories - of when trouble started; of how many police were called in; and of how many arrests were made (one account suggests the number was as great as 40). The event has become confused by disparate reports, and that's no doubt why it still holds such intense fascination over 100 years later.

What happened next: As Esteban Buch from the School of Advanced Studies in Social Science in Paris says in the clip, the performance offered "some kind of gate to modernism; to the 20th century".

Jesus and Mary Chain frontman Jim Reid recently said of their notorious 15 March 1985 gig at the North London Polytechnic: "People were waiting for something to react to. There was nothing around at the time: the early-80s was probably the lowest point in musical history. People wanted a bit of nastiness, trashiness. We kind of knew what we were up to. Some people were going to see what we were doing as genius, and some people were going to see it as an insult."

Their short, abrasive sets, often performed with their backs to the crowd, irked fans intentionally and not just on 15 March. Trouble had flared up at earlier Mary Chain gigs in 1985, all of which was dutifully reported by the music weeklies, resulting in a kind of tipping point at the North London Poly that took even the band by surprise. The PA was ripped down, 40-odd people started scrapping, and an estimated £8,000 worth of damage was caused. As the Guardian reported, the gig "cemented the Mary Chain's reputation for controversy and fast-tracked them to mainstream attention".

What happened next: More of the same. A gig at Camden's Electric Ballroom that September was just as chaotic, leading to feverish anticipation for the November release of Psychocandy, their classic debut album. 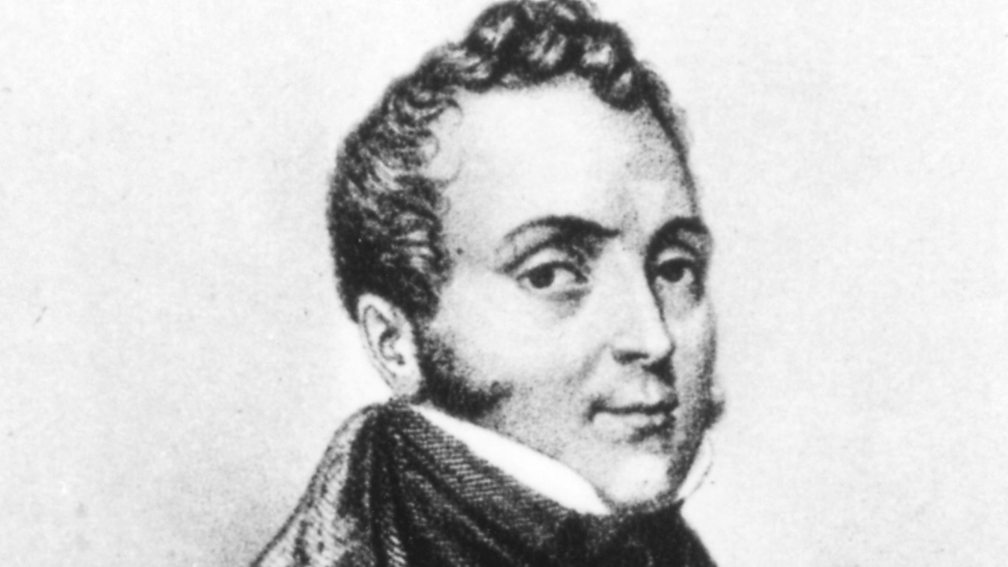 It's fair to say that, as significant as all the above concerts were, none of them caused an actual revolution. In contrast, the performance of Daniel Auber's five-act opera La Muette de Portici (The Mute Girl of Portici) in Brussels in 1830 actually played a significant role in the Belgium revolution of the same year, which resulted in the country winning independence from the Netherlands.

The nationalistic opera, which debuted in 1828, was chosen for a performance at the Theatre de la Monnaie on 25 August 1830, as part of King William I's festival to celebrate 15 years of his reign. Political change was in the air - the French Revolution had taken place just a month earlier - and during the patriotic duet Amour sacré de la patrie (Sacred love of Fatherland), a planned riot broke out in the opera house, which became the rallying signal for a revolt. The performance was stopped and rebels flooded into the streets to join a mob of other protesters, who quickly stormed government buildings and destroyed factories.

What happened next: King William was overthrown, but it would take until the 1839 Treaty of London for European powers to recognise and guarantee the independence and neutrality of Belgium.