How to go from bedroom to big time: 8 tips for music success from Naughty Boy 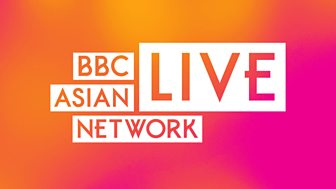 In 2009, when we first heard of Naughty Boy - Shahid Khan - he'd been producing music in his parents' garden shed, next to the family barbecue and a pile of coal. In that shed, he made songs like Daddy, Clown and Mountains with, and for Emeli Sandé. By 2013, he scored a No.1 featuring Sam Smith, La La La, and his music will soon cross the fabled 1 billion views on YouTube, not long after Little Mix achieved the same feat on 25 April.

Naughty Boy's a true crossover success story, still at the beginning of his career. But how did he do it? Here are a few tips gleaned from BBC interviews.

1. Get creative to get funds - even if it means going on a game show

[WATCH] At home with Naughty Boy 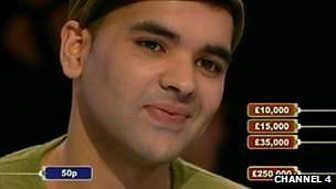 Okay, so you're from any old city or town in the UK with ambitions to write and produce music. But you don't have a studio. Or any instruments. Or recording equipment. You can work a job and save (Naughty Boy worked for a pizza delivery company and in the local hospital), or perhaps there's a way of cutting a couple of corners.

Naughty Boy was smart. As he explains in the above clip, he first applied to the The Prince's Trust for a grant, and secured a very useful £5,000 to invest in his music. Then, brilliantly, he made it onto game show Deal or No Deal in 2007, where he won a massive £44,000. And that's the kind of sum that can really help you make a start in music.

In the clip, Naughty Boy also says: "Don't be afraid of being yourself." Speaking of which...

2. Have the courage to ignore established conventions

I'm not musically trained; I'm just a boy from Watford

In this revealing 2013 interview with Nihal, Naughty Boy covers his early career: "Musically, I've never followed the rules. That's why a track like Daddy can stand alone, although I don't think I'd ever do a track like that again." He adds: "When you feel like you're doing something you could easily have not been doing, you never really feel like you belong. I'm not musically trained; I'm just a boy from Watford who grew up in a big Pakistani community."

His parents supported him, but he felt pressure from the local community, some of whom thought what he was doing was "un-Islamic" and might "lead other kids astray". But music came naturally to Naughty Boy, making him think, "how can it be wrong?"

I'm not musically trained; I'm just a boy from Watford

3. Find your own sound

I've been inspired by Bollywood, Pakistani music, qawwali for as long as I can remember - that came first

Naughty Boy was raised on Bollywood films and didn't hear any Western R&B, pop and dance music until he was a teenager. Combining different influences gave his songs distinction, particularly on La La La, which in May 2013 shot to No.1 in 26 counties, including the UK.

At the time, Naughty Boy spoke to Kan D Man and DJ Limelight. "I've been inspired by Bollywood, Pakistani music, qawwali for as long as I can remember - that came first. With La La La, those influences are in there - just a little flavour that changes up the whole track. It's one ingredient but it makes a massive difference."

At the same time (from 11 mins), Naughty Boy talks about working with the likes of Ed Sheeran, Professor Green and Bastille on his debut album, Hotel Cabana. "I want to bring people together," he says. "You might be attracted by La La La, but the next single [Think About It] is with Ella Eyre and Wiz Khalifa. It changes things up again."

I've been inspired by Bollywood, Pakistani music, qawwali for as long as I can remember - that came first

4. Study the music of your heroes 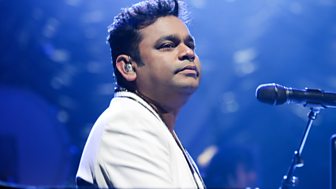 When Naughty Boy was a teenager, he discovered the music of Indian composer AR Rahman, who gave him the confidence to mix different styles in the same song. "He was using elements in music that no one had done," Naughty Boy says above. "In this song [Kehna Hi Kya from 1995 film Bombay], there are hints of qawwali, flamenco... No one would ever think to combine those things. I admired his bravery. It's the voice as well - he wasn't afraid of using new singers. I'd never heard those voices in a soundtrack."

5. Never underestimate the importance of melody

Melody is underrated in the grime scene

"As a producer, I think it's important to have some kind of idea of melody, whether you play piano, whether you play a bit of guitar... That's an important point if you want to start actually making music, or even beats - understanding some chords, some melody. And that's only going to happen over time. The beats are easier - rhythm is more natural for people. But if you can be good at that side, and the melodies, you can start really making good music. Melody is a bit underrated in the grime scene, but it's changing."

Melody is underrated in the grime scene

Simple point, but as he explains here in 2009, it's not as easy as you might think. A good shortcut? "If you've got a sample and you think you can recreate it [with your own equipment], I'd recommended that. That way you're just clearing it with the publishers and you're not having to go through the label."

In March 2016, Preeya Kalidas scooped an exclusive (above): the second Naughty Boy album will be out this Christmas and might be called Now That's What I Call Naughty. "Each song is a different genre - it's like a compilation album," he says. Mixing things and using different guests (he mentions working with Natasha Bedingfield, Mike Posner and Craig David) keeps thing interesting, and people guessing.

8. Aim to do something that goes down in history

Before all that, though, there's the small matter of Asian Network Live. "I've never done anything like this," Naughty Boy told Tommy Sandhu when the line-up was announced in March. "I'm gonna have to up my game with this one, actually! I don't want to just come with my normal Naughty Boy songs. I want to mash it up with this and do something I haven't done before.

"I do feel a bit out of the loop with the [global] Asian scene. This is such an important event for me - I needed this. I don't want to come on the stage as a separate entity; I want to bring someone on stage that no one's expecting. I want to do something that's going to go down in history."