8 afrofuturist classics everyone needs to hear

Although the term afrofuturism was coined as relatively recently as 1993 (by critic Mark Dery), the idea of artists reimagining the future with a distinctly African slant is not new. As a literary device, afrofuturism reimagines how society could be if contemporary race relations had played out very differently, offering a direct commentary on modern life through fantasy.

It's part of the reason why the movie Black Panther has been such a runaway success, with the fictitious tech-paradise of Wakanda challenging the commonly held views of what a futuristic society will look like by changing the skin pigmentation of almost everyone in it.

There are musical parallels too, alternate universes created to prove that sparks fly when science fiction and the funk collide, starting in true Superman-style with one man and one outlandish claim about his true origins.

[LISTEN] Travelling the Spaceways: The Cult of Sun Ra 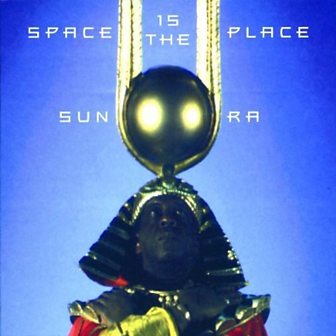 The 1950s were a peak era for science fiction. People were talking about reaching out to the stars, landing on the moon and there was a fear that with the development of nuclear weapons, mankind stood on the brink of its own destruction. These are fertile subjects for creative minds to deal with, and with over 100 albums to his credit, it's clear that Sun Ra had an exceptionally creative mind.

In order to stake out fresh territory for his music, outside of the confines of the contemporary jazz scene, he claimed to be from Saturn, sent to Earth to bring all peoples together with his music. He never deviated from this story, and he and his band - the Arkestra - would dress like extras from sci-fi movies, in coloured robes and capes and glittery silver. His best known album, 1972's Space Is the Place contains nods to jazz of the past and future, his long mantra-like musical chants - such as the mesmeric title track of this album - given daring sci-fi life with swooshing synth noises, combining elements of funk and R&B with free jazz saxophone runs. And it even inspired the 1972 science fiction movie of the same name, written by Sun Ra, in which the band colonise a new planet, travelling by the power of music alone. 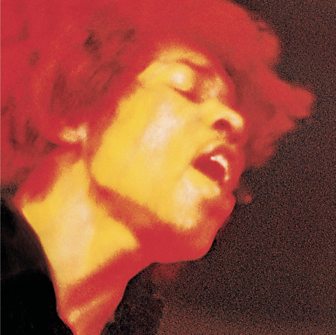 Jimi Hendrix was much a fan of science fiction that, as a child, he insisted on being called Buster, after Buster Crabbe, who played Flash Gordon in the old movie serials. When it came to composing his own songs, in the lyrical free-for-all of post-Bob Dylan 1960s rock, he infused the psychedelic dreamscapes of his music with lyrics that mixed fantasy, sci-fi and the earthy magic of the blues with equal vigour.

So while Electric Ladyland lacks any grand narrative thread or high concept as an album, it works as a series of fantastical snapshots of a forward-looking mind in an optimistic era. Hendrix's "freakish blues" skips merrily from the infatuation of Gypsy Eyes to the dark magic of Voodoo Chile, and from the sticky realism of Crosstown Traffic to the futuristic reveries of the title track, House Burning Down and 1983... (A Merman I Should Turn to Be), as if anything is possible. 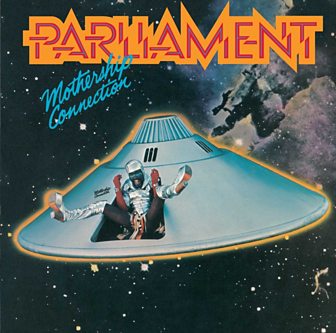 Inspired by Star Trek as much as he was by Hendrix and Sun Ra, George Clinton's expanded Parliament - Funkadelic musical gang show took in funk, rock, space rock, space funk and a hugely theatrical show including a lighting rig called the Mothership - which was shaped like a flying saucer - in order to explore new worlds of musical astonishment. The songs of Mothership Connection are set in a future universe where black astronauts interact with alien worlds, or as George describes them, "Afronauts, capable of funkitizing galaxies."

As a reaction to an increasingly fraught 1970s urban environment in which African-American communities faced the end of the optimism of the civil rights era, this flamboyant imagination (and let's be frank, exceptional funkiness) was both righteous and joyful. 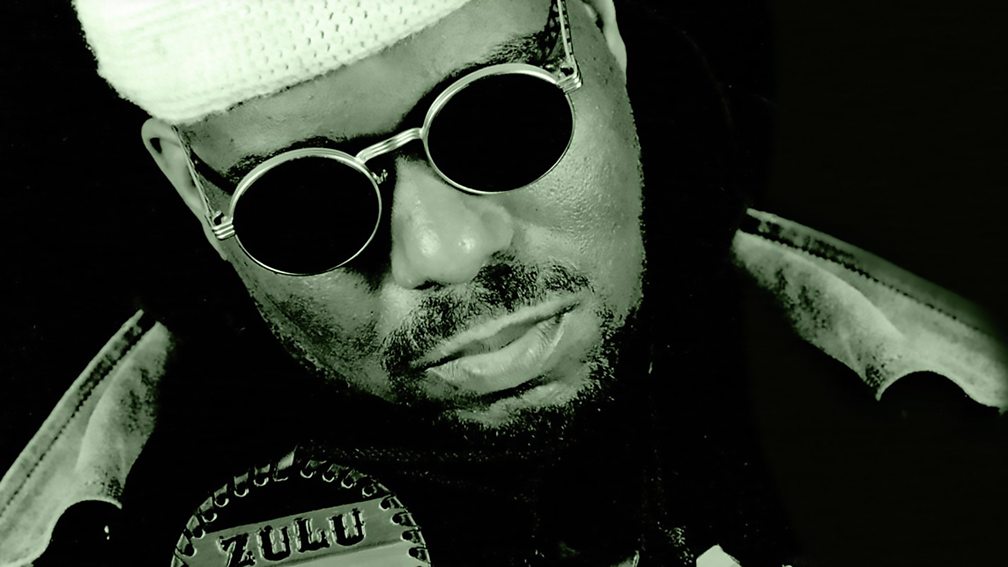 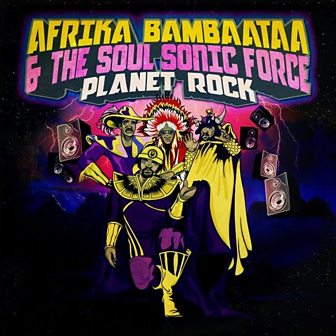 Taking Parliament's space-age message a step further, Afrika Bambaataa not only brought the dressing up and sci-fi flash to his band of sonic renegades, he helped usher in music's next big leap forward: hip hop. Planet Rock is electric funk, made with the Roland TR-808 drum machine - a hip hop staple - robotic voices, and the inspired theft of the nagging refrain from Kraftwerk's Trans Europe Express.

Musically, it helped open the door for rap, techno and every other form of electronic music that came after it, and it was accompanied by a video in which Bambaataa and the Soulsonic Force perform in outlandish head-dresses, looking for all the world like the monsters in a very funky episode of Doctor Who. 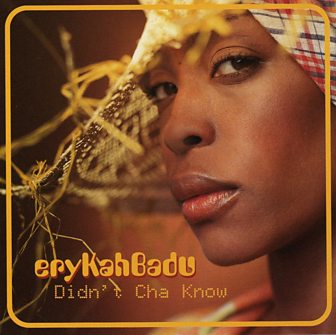 As a visual aesthetic, afrofuturism crops up a lot in pop videos, from Michael and Janet Jackson's space angst Scream to Missy Elliott's robo-shamanism in She's a B**** to the robotic fantasies of Grace Jones's Slave to the Rhythm. Erykah Badu's Didn't Cha Know is a particularly good example, as it places her in the tinfoil costume of classic sci-fi, on an alien planet, but she could just as easily be an alien visitor on a sun-parched desert on Earth, now or at some distant point in time.

By contrast, her music is eternally warm and human. One of the tenets of the neo-soul artists with which she is often grouped is an attempt to maintain a narrative of black consciousness and emotion in the face of a media obsession with gangsters and bling, and by playing the alien being with very human feelings, Erykah sidesteps expectations with dignity. 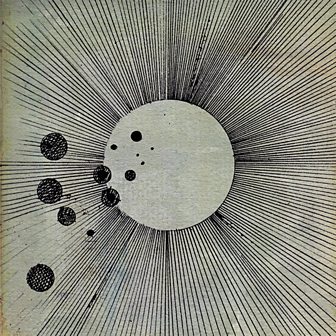 Science fiction always reflects the reality in which it is created, and for Flying Lotus, working on the fantastical elements of his third album in 2008 was a way of processing a very real moment of grief. His mother was terminally ill during the early stages of recording, and, wanting to mark this unearthly experience, he brought microphones to her bedside, recording the sounds coming from the monitors and respirator that were keeping her alive.

He later reflected to the LA Times: "I know it was a weird thing to do. I'm not the type to go out recording things like that. But I didn't want to forget that space."

He later used them in the song Galaxy in Janaki, a hectic meld of beats, bleeps and bass and the final track on a woozily beautiful album, created to be a kind of space opera, and an impressionistic map of the universe. 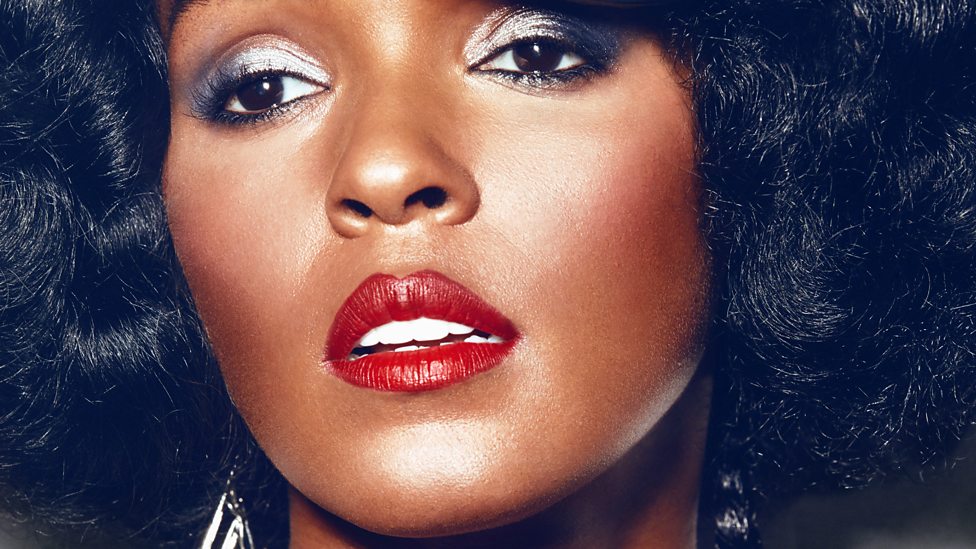 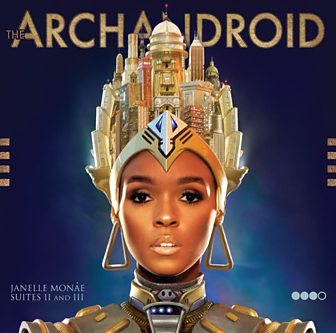 Janelle Monáe likes her robots, particularly Maria, the robot in Fritz Lang's 1927 film Metropolis. Seeing androids as a perfect metaphor for minorities of all stripes - as represented by the huge range of musical styles on the record - she conceived of a three-part story suite named after Lang's masterpiece, which was spread across her first EP, Metropolis: Suite I (The Chase) and her debut album. It's the tale of Cindi Mayweather, a robot sent back from the future to free Metropolis from an oppressive secret society called The Great Divide, who seek to destroy love and freedom.

She told Blues & Soul magazine that Cindi is a kind of robotic messiah: "She represents the MEDIATOR between the haves and the have-nots, the minority and the majority. So in that way she’s very similar to Neo, the Archangel from The Matrix. And basically her return will mean freedom for the android community."

Returning to the theme of humans and technology, her second album was called Electric Lady, and her third, out soon, will be called Dirty Computer. 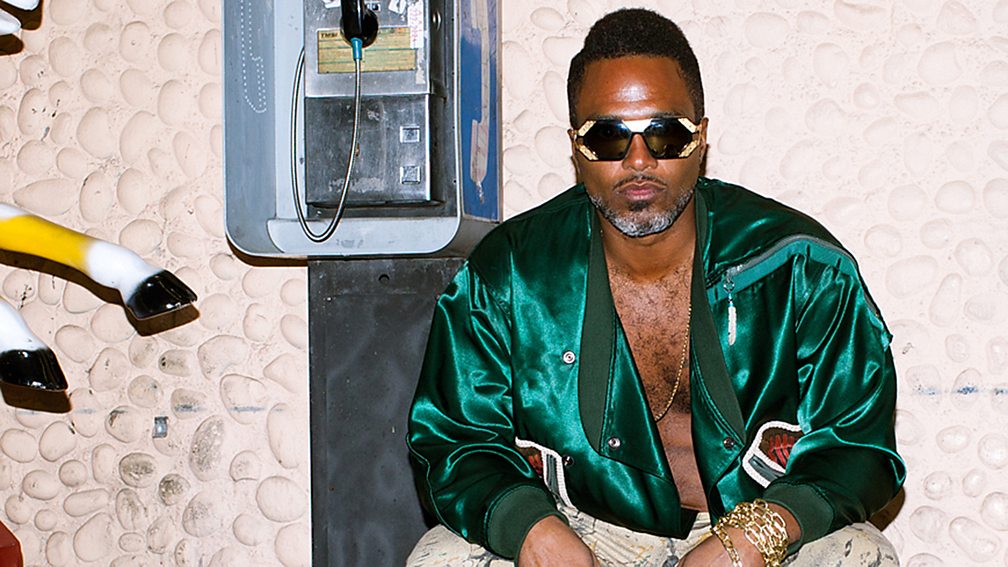 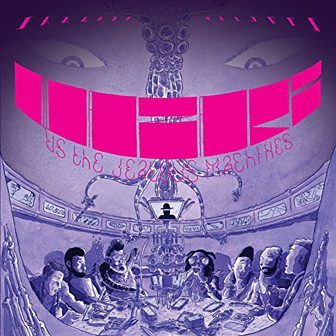 Shabazz Palaces released a dual sci-fi epic in 2017 across two albums - the second part being Quazarz: Born on a Gangster Star - in which a traveller comes to Earth from space, and attempts to understand the modern world. Palaceer Lazaro told Entertainment Weekly that the first album deals with society's infatuation with social media and mobile devices: "I see the device as being a real seminal turning point in human evolution. We’re now connected to these things and it’s not going back, in any way, to what it was before that. That’s a loose inspiration for the content in that one."

And the second looks at the role of race in determining social attitudes: "I started to think, how do I really feel being here in the States and in the world being a black person? Looking out around - also being my age, too - I started to feel a little alienated with the way things were going with social media and politics and things like that.... I thought the way I could put it was being a thoughtful person from another place, another realm that’s here now finding their way through what’s going on."