Auto-Tune at 20: 10 surprising facts about the divisive musical phenomenon

When Cher's Believe was released 20 years ago it quickly became the biggest hit of her career, and it also let a genie out of the bottle. Pitch correction had been around since the early-90s, but what was perceived in some quarters as a gimmicky effect placed on Cher's vocal around the 35 second mark would go on to revolutionise the sound of pop music.

Like skinny jeans, it was supposed to be just a fad, and yet Auto-Tune is still with us and all around us, the aural wallpaper of the 21st century. Loved and loathed in equal measure, it's as prevalent today as the electric guitar was 50 years ago. But for all its popularity, it's a musical phenomenon that is largely misunderstood. Here are some surprising facts about the divisive device...

1. Cher's label tried to put the kibosh on its usage

It's hard to say what appealed to the public more: Believe the tune, or Believe the tune with the Auto-Tune on it. Or perhaps it was a bit of both. Whatever it was that captured the public's imagination, it went to No.1 in 23 countries and sold over 11m copies, which puts it just behind Band Aid at No.21 in the best-selling singles of all time.

Intriguingly, an important piece of that formula could have been erased had WEA had their way. According to Billboard, the record company was nervous about concealing their star's instantly recognisable vocals, and it was Cher herself who put her foot down. "You can change that part of it over my dead body," she told the New York Times in 1999, recounting the discussion she'd had with the label. "And that was the end of the discussion."

2. Auto-Tune started life as a seismology tool invented by a mining engineer

The mathematician Dr. Andy Hildebrand was working for Exxon when he came up with an invention that would eventually see him strike proverbial oil twice. The software that he developed at the oil and gas giant was used to process data from reflection seismology. What that means is a story for another day, but the technology proved to be extremely effective at locating oil in the ground, making Hildebrand rich.

But the good doctor - a professionally trained flute player - always had designs on doing something musical, and using similar principles from his earlier technology, he quietly launched Auto-Tune into the world in 1990 via his company Antares Audio Technologies. Its use became widespread and was regarded as something of an industry secret, at least until Cher blew the lid off it.

3. Its invention started as a joke

It was an off-the-cuff comment that would provide Hildebrand's Edison moment, and give credence to the theory of the butterfly effect. As Business Insider reported, while at lunch with developers on an unspecified date between 1986 and 1987, the assembled were discussing inventions that would improve their lives. One of the developer's wives apparently joked that she'd love a device that would help her stay in tune when singing. It was a bon mot that would stay with Hildebrand, and the more he thought about it, the more he realised that voice modulation could feasibly operate using the same technology.

4. Auto-Tune is actually a trade name

Like many pioneering technologies, Auto-Tune has undergone verbification thanks to so much usage (usually becoming 'autotune' with lowercase 'a' and no hyphen); its name is now as synonymous with what it does as, say, Hoover or Google. Despite this pervasiveness as a generic doing word, there are plenty of competitors on the market such as Wave Tune and VariAudio, with the most famous of them being Melodyne. Auto-Tune v. Melodyne is an ongoing contest that has gained traction like Blur v. Oasis but with music tech sorts, and like the battle of Britpop, who reigns victorious really depends on who you speak to.

The way one manipulates the technology is more artful than many might have imagined. Autotune rap progenitor T-Pain, whose hit Bartender is one of the great standard-bearers of the movement, is sniffy about other artists who've attempted to use the technology; particularly his old pal Kanye West, whose 808 and Heartbreak album applied the effects after the vocals were laid down, not before.

According to pop historian Simon Reynolds, writing for Pitchfork, T-Pain was apparently put out that Ye's album was critically lauded, while his own Rappa Ternt Sanga from 2005 missed out on the same universal acclaim despite commercial success. And, as Reynolds also says, Rihanna's Barbadian vocal grain "interacts well with Auto-Tune's nasal tinge, making for a sort of fire-and-ice combination", while other vocalists have "learned to bend with the effect, exploiting the supersmooth sheen it lends to long sustained notes, and intuitively singing slightly flat because that triggers over-correction in Auto-Tune pleasingly".

6. The first known Auto-Tune rap was performed by English speaking Italians with a French name

Eiffel 65 - Too Much Of Heaven (Official Video with subtitles)

T-Pain might be recognised as the artist who consolidated the worlds of hip hop and Auto-Tune, but he wasn't the first rapper to use the technology. That honour, according to Pitchfork, goes to late-20th century Europop sensations, Eiffel 65.

Too Much of Heaven was released in 1999 between the ubiquitous Blue (Da Ba Dee) and Move Your Body, two songs that went platinum all over Europe. Too Much Heaven went to No.1 in their native Italy but its success elsewhere was modest. Its legacy, however, isn't. An unassuming song with confused lyrics ("Too much of heaven / A life and soul hell-bound / Heaven, the killer makes no sound"), it isn't as catchy as the songs that came before and after, but it nonetheless stands at the gates of the 21st century, beckoning musical artists everywhere to join the revolution.

The late house singer Romanthony's Auto-Tuned vocals on Daft Punk's One More Time became ubiquitous when the single was released in November 2001. Thomas Bangalter, one half of the French duo, noted a similarity between people complaining about Auto-Tune and musicians in the 70s trying to ban the synthesiser, saying (via Dazed): "What they didn't see was that you could use those tools in a new way instead of just replacing the instruments that came before."

In 2013, the electro innovators performed a volte face with Random Access Memories, an album played entirely with 'real' musicians such as John Robinson, the legendary session drummer from Michael Jackson's Off the Wall. Bangalter now felt that Auto-Tune and universal digital audio workstations like Pro Tools had created a musical landscape that had become "very uniform", according to the New York Times.

8. Some bands have even protested against its usage... 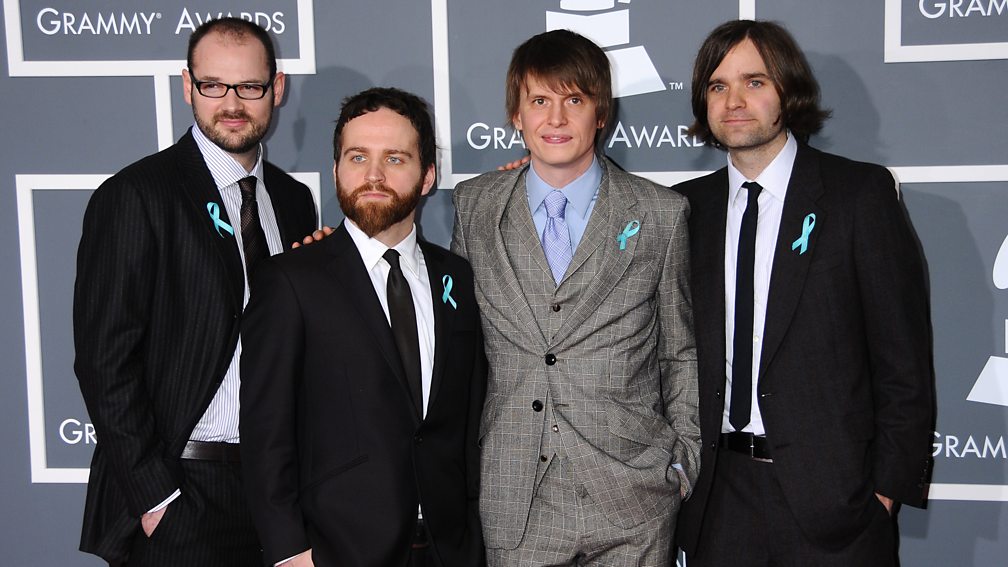 We feel enough is enough
Death Cab for Cutie

There's a snobbery about Auto-Tune among certain musicians. Singer-songwriter Neko Case said she didn't take anyone "seriously" who used it, while indie rock producer Steve Albini told the AV Club [warning: contains adult language] that he believes it's something musicians resort to when they're "stuck for an idea".

Even Christina Aguilera was pictured out wearing an "Auto Tune is for p******" t-shirt. Alternative rock band Death Cab for Cutie (above) were so offended by it that they turned up to the 2009 Grammy Awards wearing baby-blue ribbons representing their "authentic" war on Auto-Tune. "We're here to raise awareness about Auto-Tuner abuse," singer Ben Gibbard told MTV (via the Guardian). "Over the last 10 years, we've seen a lot of good musicians being affected by this newfound digital manipulation of the human voice, and we feel enough is enough."

We feel enough is enough
Death Cab for Cutie

9. ...while Auto-Tune's chief critic has reluctantly joined the party 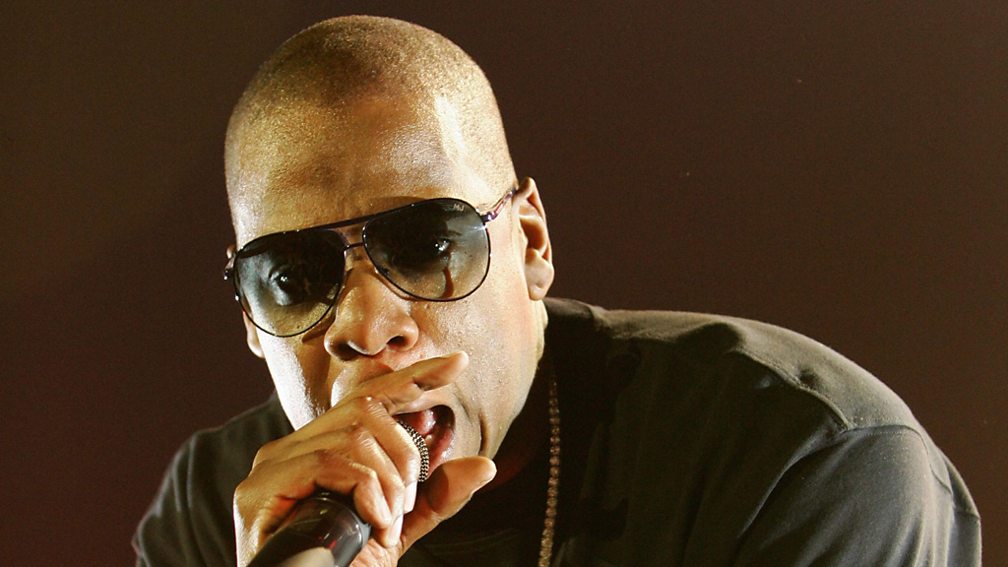 It isn't just indie musicians who have taken umbrage with Auto-Tue. Jay-Z threw a cat among the pigeons in 2009 when he released D.O.A. (Death of Autotune) with lyrics that included: "I know we facing a recession / But the music y'all making gonna make it the Great Depression."

It probably then came as a surprise when the 2018 track Apes*** by The Carters - a supergroup featuring the Hova and his wife Beyoncé - featured an autotuned monotone rap throughout (admittedly performed by Beyoncé). If Jay was quietly ambivalent about being on a record that employed his former aural bête noire so prominently, then he wouldn't have been the only one. Alexis Petridis, writing in the Guardian, said: "The sound of Beyoncé singing through Auto-Tune feels surplus to requirements, serving to diminish one of modern RnB's true powerhouse voices."

10. Very few contemporary radio-ready pop records will have not undergone at some pitch correction

The now infamous technique employed by Cher back in 1998 may be replicated somewhere on hundreds of dance and hip hop records released each week, but more subtle utilisation of pitch correction could be on many more records than you bargained for. There are no statistics, but the technology is so cheap, prevalent and easy to use now, that re-singing a part becomes more arduous than simply fixing it with software, especially when takes start piling up.

When speculation that X Factor was using autotune became newsworthy in 2010, Future Music Magazine editor Daniel Griffiths was quoted by the BBC as saying: "It's pretty much used in 99% of recorded music now. I've spoken to engineers who have recorded really big artists - who I won't name - and they just say it's there on the mixing desk all the time." He added: "If the artist wants to use it, then they just flick the switch. Most of the time, a casual listener may not even know their favourite artists' vocals have been tampered with."