9 of the most 90s things that ever happened to music

In the 1990s a series of underground subcultures that had been bubbling away in the 80s suddenly came to commercial fruition all at once.

Dance music, alternative rock, Britpop and hip hop all experienced astonishing peaks during a decade in which the weirdest oddballs from leftfield music could have a decent chance of scoring a No.1 hit single.

Here are a few of the marks they left behind.

The arrival of house music from America in the late-80s forced a decision among forward-thinking musicians in the indie sector; if the true underground is no longer velvet, do you join the rave or cling to your retro principles? Several bands attempted musical fusion, from Pop Will Eat Itself's attempts to make indie hip hop to Jesus Jones and EMF welding alt-rock guitars to breakbeats and samples. And there was a school of bands - The Shamen, The Beloved - who dispensed with the guitars altogether and declared themselves ravers reborn.

Happy Mondays and Primal Scream achieved the most organic fusion between musical forms, the latter working alongside DJ Andrew Weatherall to remix their retro rock 'n' roll into the rolling funk of Loaded. They were considered sellouts by indie purists at first, but by the time their album Screamadelica was released in 1991, it was clear they'd hit upon something magical. But then, as if things weren't tribal enough, they went and recorded the most rock 'n' roll album they possibly could, entitled Give Out But Don't Give Up, and were duly branded "dance traitors" by the same music press who'd been sniffy about the fervency of their conversion to electronic music in the first place.

2. Singing about the millennium

It wasn't just Robbie Williams who caught the end of days bug in the latter years of the 1990s. His Millennium might be the highest-profile example, but there was also Blur's End of a Century, Matthew Sweet with his Millennium Blues, Dream Theater with their New Millennium, even Megadeth had Millennium of the Blind, while Will Smith, with characteristic modesty, called his 1999 album Willennium. The Divine Comedy had already classed things up by calling an album Fin de Siècle (a French term meaning "end of the century" which had been popular in the 1890s).

There was an actual bug, too. A startlingly addictive new thing called the internet had just caught on and then, thanks to the Y2K glitch in computer base code, suddenly everything was supposed to crash at the stroke of midnight on January 1, 2000. Ian Dury, Jim's Super Stereoworld and Fuzz Townshend ‎released a song about it called Y2K The Bug Is Coming in 1999, but thankfully disaster was averted, planes stayed up in the sky and the internet lived on, for better and worse.

It seems strange that rock bands hadn't fully exploited this dynamic possibility before. But thanks to pioneering work in the previous decade by alt-rockers such as Pixies (their career documentary is called loudQUIETloud), which was picked up and refined by Nirvana in 1991, rock bands in the 90s hit upon a winning formula for song arrangement which made everything sound just a bit more exciting.

It boils down to a simple fact, if the verses of your rock song are made to seem quiet - most commonly by taking out everything but the bass and drums - the chorus will seem a lot louder when the guitars kick in again. Smells Like Teen Spirit does this supremely well, as does Creep by Radiohead, another very 90s moment of self-loathing. And almost as proof of the dynamic trick's total pop dominance, so does Inside by Stiltskin, a song created in the style of The Smashing Pumpkins for a jeans commercial in 1994.

In the early 1990s, dance music was at war with polite society. The biggest tunes were invading the charts without the aid of mainstream radio play, reflecting a generation gap that emerged between people who got it and people who did not. To add further insult to injury - and reflect a certain childlike innocence at the heart of the rave experience - techno musicians started to play around with iconic children's TV themes.

Summers Magic by Mark Summers was the first, in January 1991. This recast the theme from The Magic Roundabout as a techno banger, while Urban Hype's A Trip to Trumpton worked similar magic on the theme to Trumpton and Shaft did likewise with the theme from Roobarb and Custard. Smart E's released a gussied up version of the Sesame Street theme song called Sesame's Treet, while The Prodigy's first big hit Charly took it a stage further, making a riff out of the noise of a cartoon cat from a public safety commercial.

As short a phenomenon as it was, toytown techno had its uses, as rave DJ Billy Daniel Bunter told the Guardian: “This was a dream for Radio 1. At 3.30pm you couldn’t play Genaside II Narra Mine, but you could play Roobarb and Custard."

5. Dance bands singing live on Top of the Pops 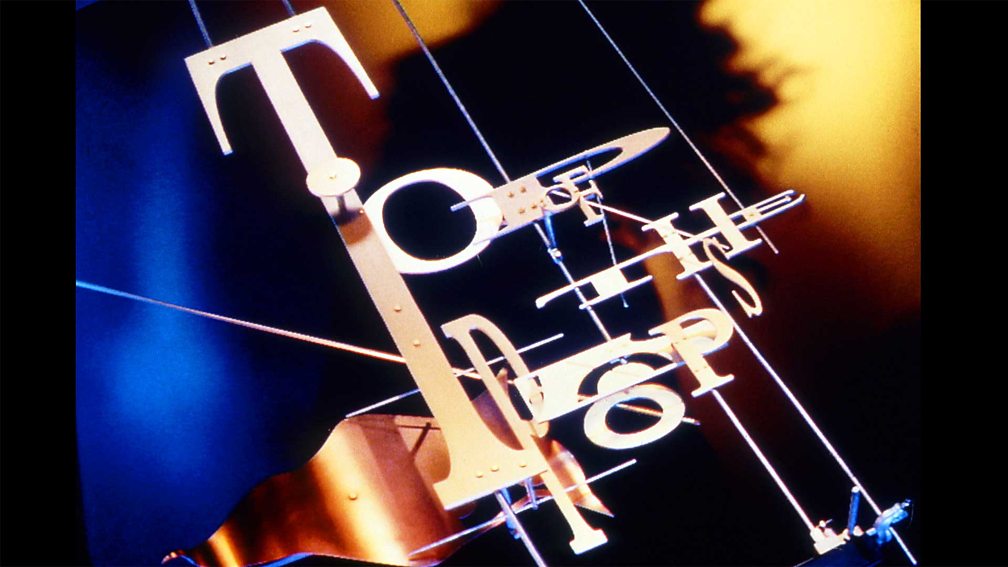 The other curious moment in the early days of techno occurred in 1991, when Top of the Pops embarked on a radical shake-up in format, ending the close association between the programme and the DJs of Radio 1. One of the key principles of what became known as the Year Zero revamp of the show was that performers would have to sing live. This caused a few problems for rave acts whose songs were based on vocal samples, because they would have to find a way to get those voices across on TV, without having access to the actual singers.

So while Roobarb and Custard by Shaft had the voice of Richard Briers narrating, "'It's all gone quiet,' said Custard," from the TV show it samples, the TOTP performance put a member of the band in a comfy chair, reading the same line with an embarrassed grin, as if in an acid house Jackanory. Noting that this wasn't quite the effect they had in mind, Top of the Pops relaxed the rule in 1992.

Cross-fertilisation was a key part of 90s music, with indie singers appearing on dance tracks (The Chemical Brothers ran a kind of finishing school for rockers with a dance fetish) and artists such as Beck putting hip hop next to folk music in inventive ways. Anthrax attempted a move now known as a reverse Run-D.M.C. when they turned Public Enemy's Bring the Noise into a metal song.

And then there were the rock bands who'd bring in a rapper to spice up a verse in their otherwise perfectly normal rock songs. R.E.M. did it with Radio Song, inviting KRS-One to spit some bars about formulaic radio programming, while Sonic Youth brought in Public Enemy's Chuck D to bring some gravitas to Kool Thing, intoning "tell it like it is!" at key moments.

The 1994 soundtrack to the movie Judgement Night was devoted to collaborations between rockers and rappers, the most surprising (on paper at least) being Fallin', a sweetly groovy jam between De La Soul and Teenage Fanclub, based around a sample from Tom Petty's Freefallin'. 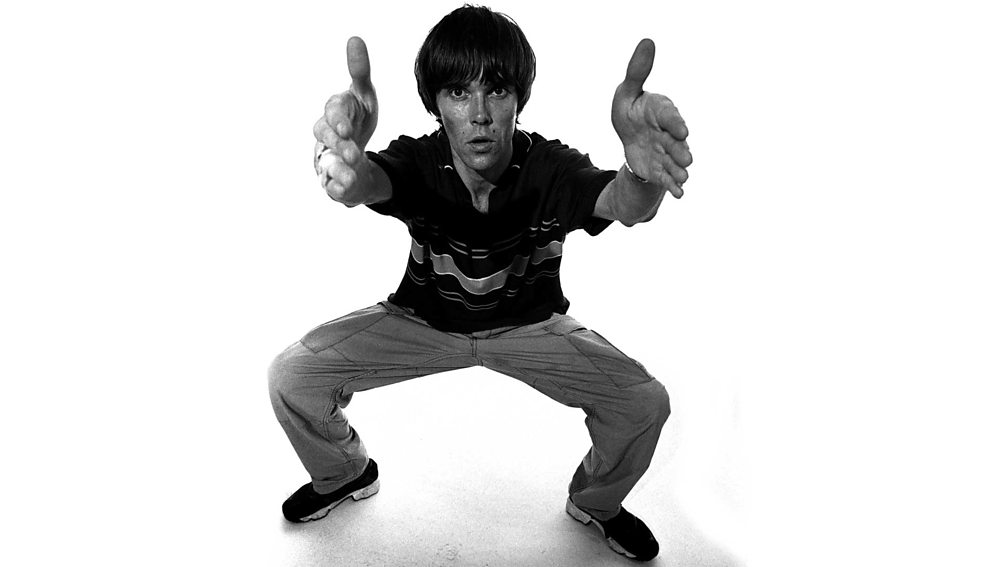 Noel Gallagher has often pinpointed the arrival of The Stone Roses as the start of what became Britpop. But what Ian Brown also did was start a trend among singers in indie bands for extreme self-confidence, for calling out other musicians for not being up to snuff, and most importantly, for walking in an aggressively cocky way - commonly known as 'the Manc walk'.

To achieve the Manc walk - familiar to observers of Liam Gallagher, Richard Ashcroft of The Verve and a million gobby frontmen in parkas and feathercuts - turn your feet outwards and bend the knees springily, and then swagger down the road with your shoulders swinging from side to side and your hands up. Oh, and don't forget to pout, half close your eyes, and nod a lot, like you've just been told a pleasing secret. 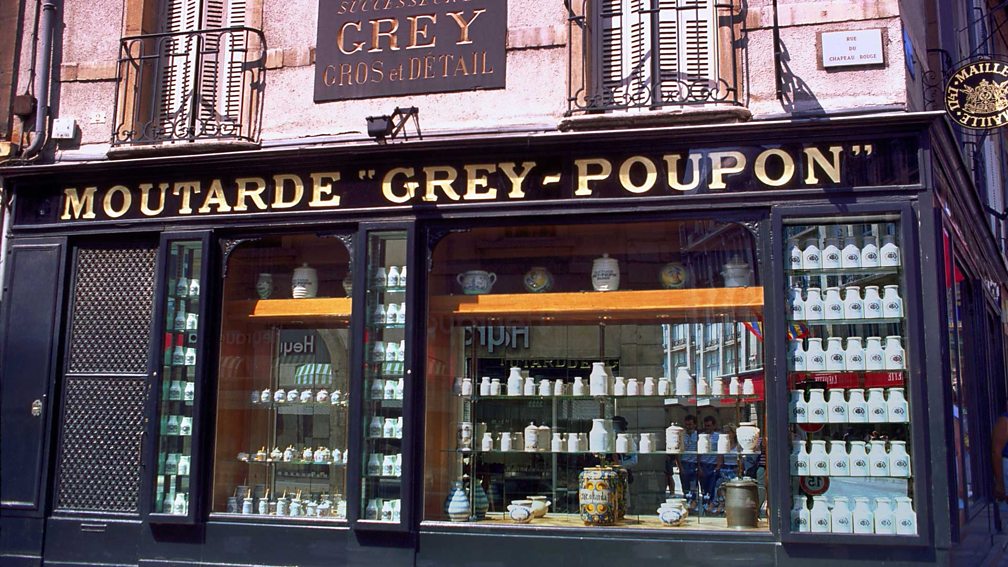 Advertising is a powerful medium. And there's no better illustration of this than the 1981 American ad campaign for Grey Poupon mustard, in which an upper-crust toff rides around in a chauffeured vehicle demanding his particular favourite condiment. The swank and opulence of it lingered in the minds of rappers, and from 1992 they started to use the name as an easily identified status symbol to suggest they have fancy taste and the means to indulge it.

The first record to mention the mustard was East Coast by Das EFX. And it was a common enough cultural reference at the time to appear as a joke in the film Wayne's World. Vox reporters investigated the amount of times the brand was mentioned in rap songs, and came up with some surprising results, not the least of which is that the peak of interest in the reference came in 2006, 25 years after the adverts were first aired. But you still hear it mentioned in songs today, including in Humble, the lead single from Kendrick Lamar's Pulitzer-Prize-winning album Damn.

Before the 1990s, the idea that a song about British football could be a reasonable song in its own right seemed laughable. Then New Order's World In Motion set a new trend, by being a good New Order song that happened to have a bit of a sporting subtext and some loud chanting about "En-ger-land" to hammer the point home. After this, Baddiel, Skinner and The Lightning Seeds gave us the surprisingly emotive Three Lions in 1996, a song which gave the battle between anguish and hope within England fans an operatic sense of drama.

Then there was a three way split in 1998 between the triumphalism of Fat Les and their Manc walk-spoofing Vindaloo; the tenderness of Del Amitri's Don't Come Home Too Soon (for the Scottish team, but with a fairly universal message); and the more wholesome England United (Echo and the Bunnymen, Space, Spice Girls and Simon Fowler of Ocean Colour Scene) singing (How Does it Feel to Be) on Top of the World? The full nobility and vulgarity of sport was finally properly represented within music.

After which Ant & Dec released the over-giddy We're On the Ball in 2002 and everything went back to where it started.