We've all been young. We've all done embarrassing things. Luckily, most of our youthful indiscretions weren't posted on YouTube or immortalised on vinyl for future generations of nosy parkers to discover. So spare a thought for the following pop stars, who have attempted to move on swiftly from inauspicious beginnings, only for curious pedants like us to dredge them up again.

Ill-advised novelty singles, dubious dance-pop directions, fits of pique or simply just sub-par tunes that should never have been released - open enough closets and you're sure to discover a few interesting skeletons. Here are the early songs that had the stars wishing life came with a 'clear history' option. 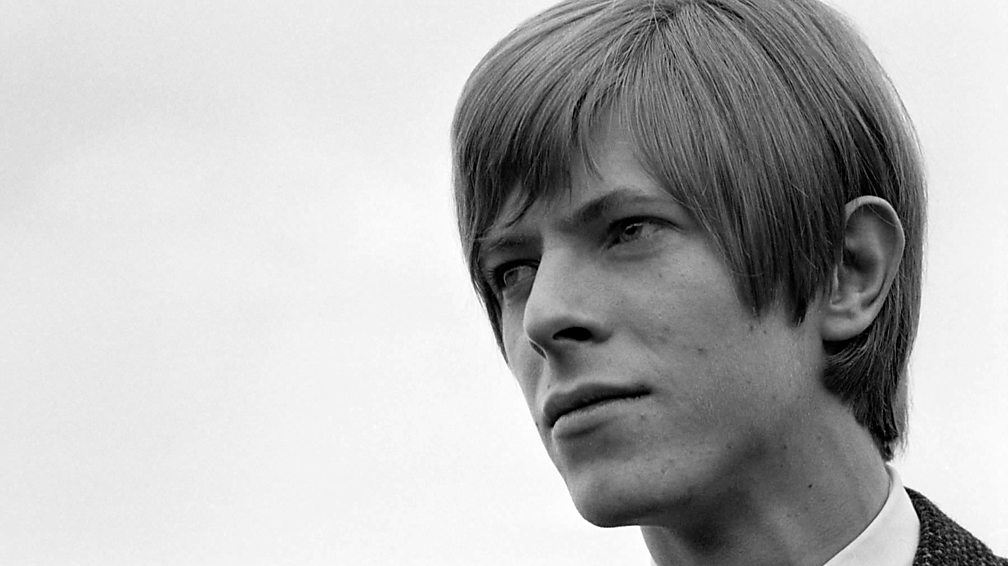 The archetypal embarrassing early single, David Bowie released puntastic novelty song The Laughing Gnome in 1967, when he was still furiously trying on different musical hats in search of a breakthrough. These days, stars can count on their record companies to erase such embarrassing juvenalia from history as soon as they establish themselves as a more credible artist (see Charlie Puth, below). However, in 1973, with Bowie riding high as Ziggy Stardust - a character he created specifically to outrun his past - Deram chose to cash in and re-release The Laughing Gnome, whereupon it reached No.6 in the UK charts.

Bowie was never allowed to forget his youthful folly. In 1990, he announced that the setlist for his Sound+Vision greatest hits tour would be decided by telephone vote. Those wags at the NME launched a campaign to get The Laughing Gnome on to the setlist and the vote was annulled. Yet at least Bowie was hip to the joke, launching into a few lines of the song at the tour's press conference. He even wrote a sequel for 1999's Comic Relief; Requiem for a Laughing Gnome was a four-hour excursion for solo recorder, with viewers invited to donate money to get him to stop. 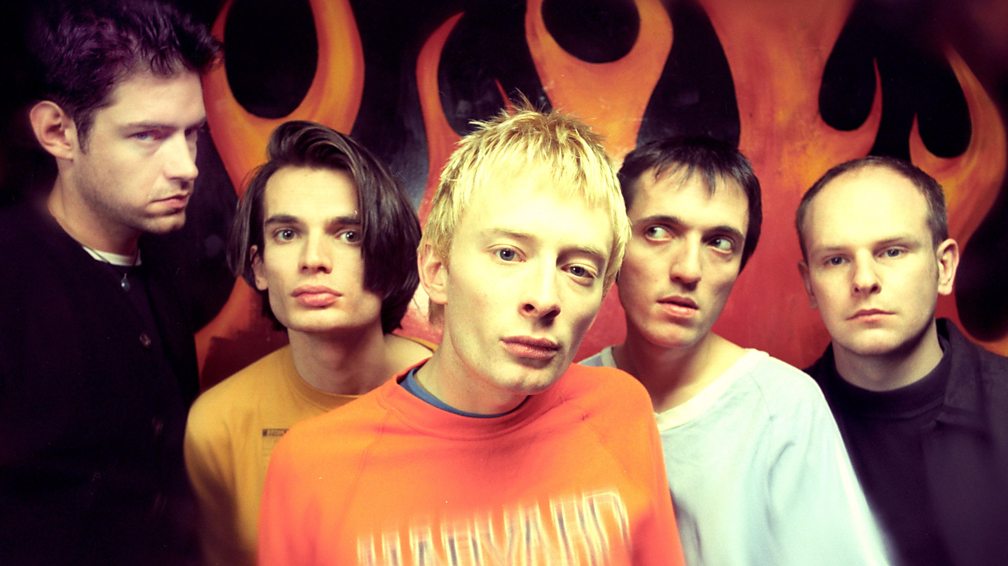 Radiohead's 1993 breakthrough hit Creep used to be the albatross around the band's neck. By its critics considered self-pitying and derivative, it became so unrepresentative of the band's subsequent material - and yet so oft-requested - that they refused to play it for a long time, although they have relented in recent years; their rendition at 2017's Glastonbury festival sounded almost sincere.

Pop Is Dead, on the other hand - another single from the same year - has long been consigned to the dustbin of history. A clumsy music biz satire, the band's Ed O'Brien called it a "hideous mistake". It didn't even make the bonus disc of Radiohead's 2008 'Best Of' compilation and is currently unavailable on streaming platforms. Which is probably for the best. 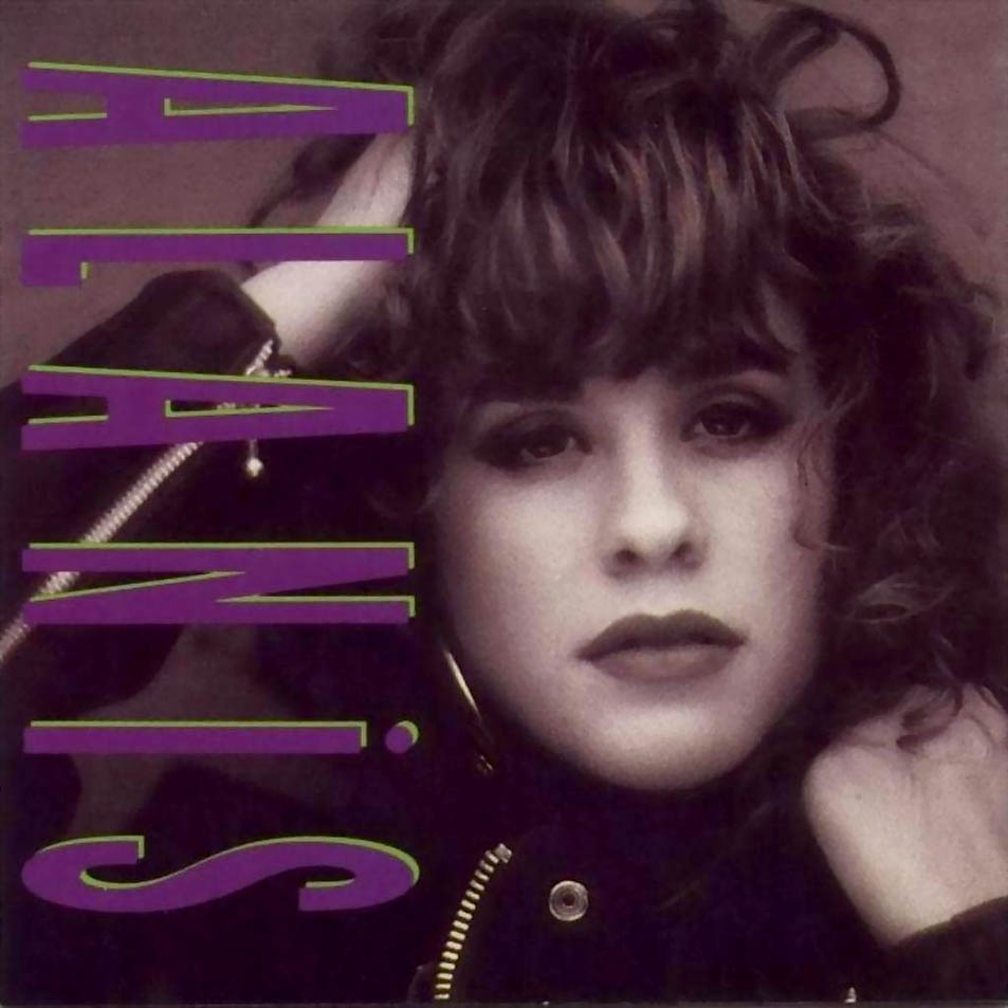 You probably assumed that Alanis Morissette's mega-selling 1995 album Jagged Little Pill was her debut. The singer certainly didn't go out of her way to dispel that notion, but in fact she had already issued two albums of rather different material in her native Canada. They have never been reissued, and a quick internet search reveals why: 1991 debut single Too Hot was a Paula Abdul-style pop number, complete with big hair, "ch-ch-check this out" samples and energetic dance moves - a world away from the sassy alt-rock with which she made her name. Interestingly, Morissette's 2002 album was called Under Rug Swept. Ironic, don't you think?

Before he scored a global mega-hit with his Wiz Khalifa collaboration See You Again, Charlie Puth was a teenage YouTube sensation with fuzzy hair, fond of posting goofy rap songs about his "sexy shades" and being hit in the face by a pickle. Not that you'd know it by checking his YouTube channel, which hastily 'refreshed' as soon as Puth's serious singing career took off, destroying evidence of his teenage efforts.

Of course in this day and age, it's nigh on impossible to erase your internet history, and there are plenty of unofficial YouTube channels who have been only too happy to preserve Puth's embarrassing past for posterity. At least, as the above interview proves, Puth is good-humoured when confronted with his old videos. And with an estimated net worth of $5m, he can afford to be. 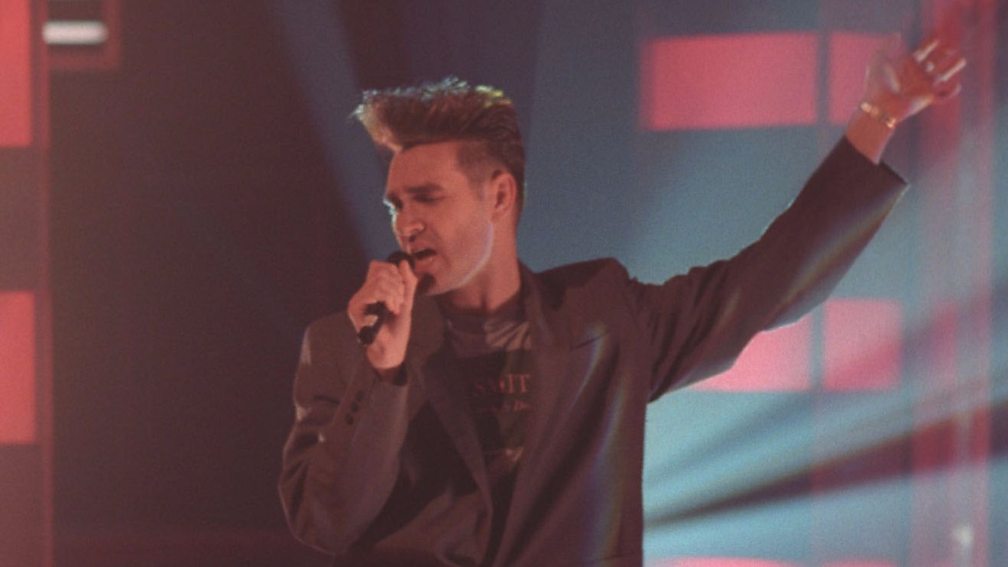 It's an unspoken rule of album reissues that you can add as many bonus tracks and alternate takes as you like, just don't mess with the original tracklisting. But Morrissey (due to perform at 6 Music Live 2017) isn't one for conforming to unspoken rules, so when fans picked up the reissue of his debut album Viva Hate in 2012, they were surprised to find Track 9 - The Ordinary Boys - had been replaced with an outtake from the same sessions, Treat Me Like a Human Being. As the reissue has now superseded old versions of Viva Hate on streaming services, it's as if The Ordinary Boys never existed.

Why? Its content isn't particularly controversial, compared to other Morrissey songs of the era. Sure, it's hardly a classic, but Treat Me Like a Human Being isn't markedly better, sounding almost unfinished. Perhaps Mozzer was just embarrassed about having inspired noughties lad-rockers The Ordinary Boys? Who knows. As with similar revisions to the tracklists of his albums Maladjusted and Southpaw Grammar, we'll just have to chalk it up to the whims of one of British pop's most committed contrarians.

Beastie Boys - (You Gotta) Fight For Your Right (To Party)

Beastie Boys - (You Gotta) Fight For Your Right (To Party!)

This enjoyably obnoxious party anthem is probably Beastie Boys' best-known track, regularly turning up in lists of the 1001 greatest songs of all time. But such enthusiasm was not shared by the band themselves, who never performed it live after 1987 and generally tried to act like it didn't exist. Writing in the sleevenotes for their 1999 Greatest Hits compilation The Sounds of Science, the band's Adam Yauch was conflicted about its inclusion: "We decided to include this song because it sucks. Just kidding. We thought that a history of the band would be incomplete without this song... it was a joke that went too far."

Clearly, Fight For Your Right's brattish antics sat badly with the Beasties' reinvention in the 90s as socially conscious campaigners, although they have claimed it was always meant to be ironic and were aghast when the world took it at face value. "We made it as a goof," Adam Horowitz told Uncut, "but then it became the thing that we were known for. We became the goof."

As he reiterates to The Late Show's Stephen Colbert in the clip above, Paul Simon has always loathed this early Simon & Garfunkel song. It's not too hard to see why, its twee positivity ("hello lamppost!") jarring with Simon's attempts to establish himself as a more complex artist. He usually ignores all requests to perform it, but made an exception for this satirical rendition. 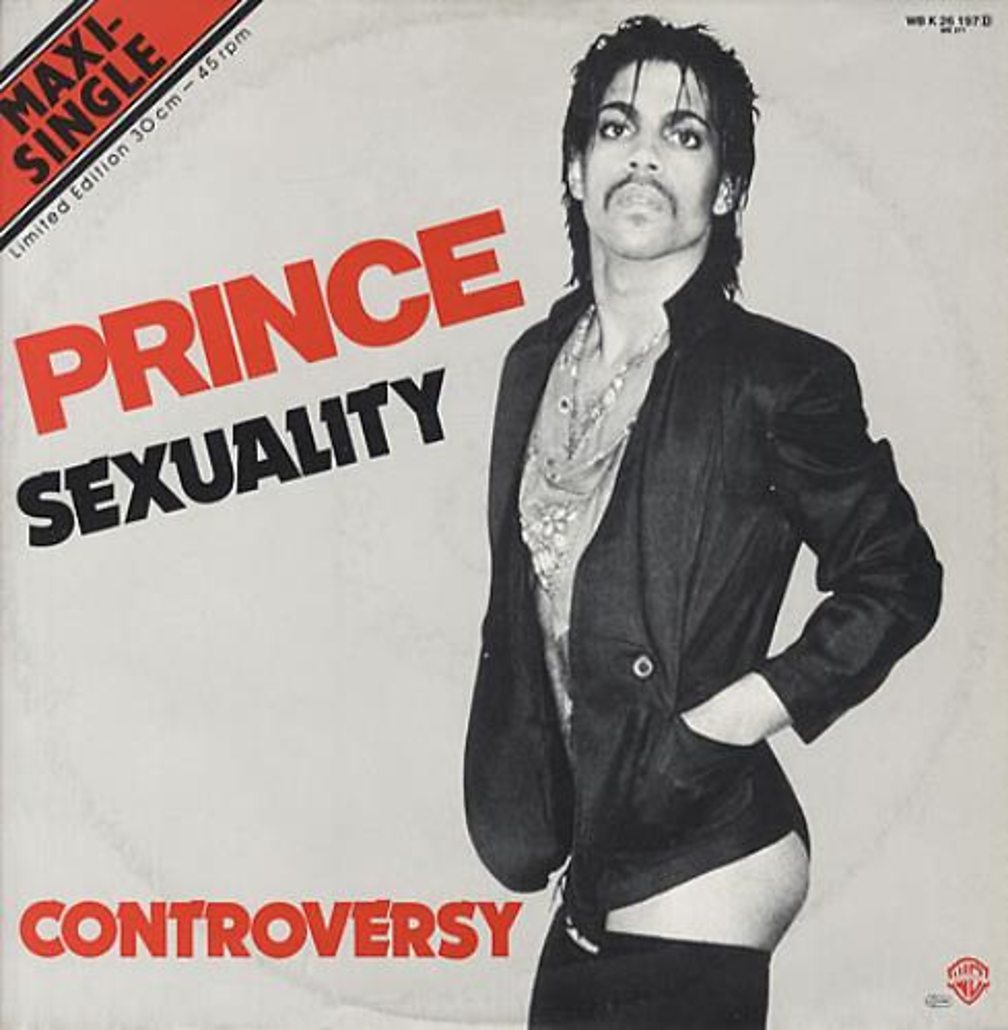 Many of Prince's classic songs are renowned for their raunchy content, but his sexually liberated persona became harder and harder to square with his increasing religious convictions - particularly when he became a Jehovah's Witness in 2001. So Prince began to censor his own discography, dropping some of his more explicit songs from his repertoire altogether, and giving the lyrics of others a puritanical tweak. Most glaringly, during his Las Vegas residency in 2006-7, he changed the main lyric of his 1981 song Sexuality, re-titling it Spirituality. He even started wearing trousers. 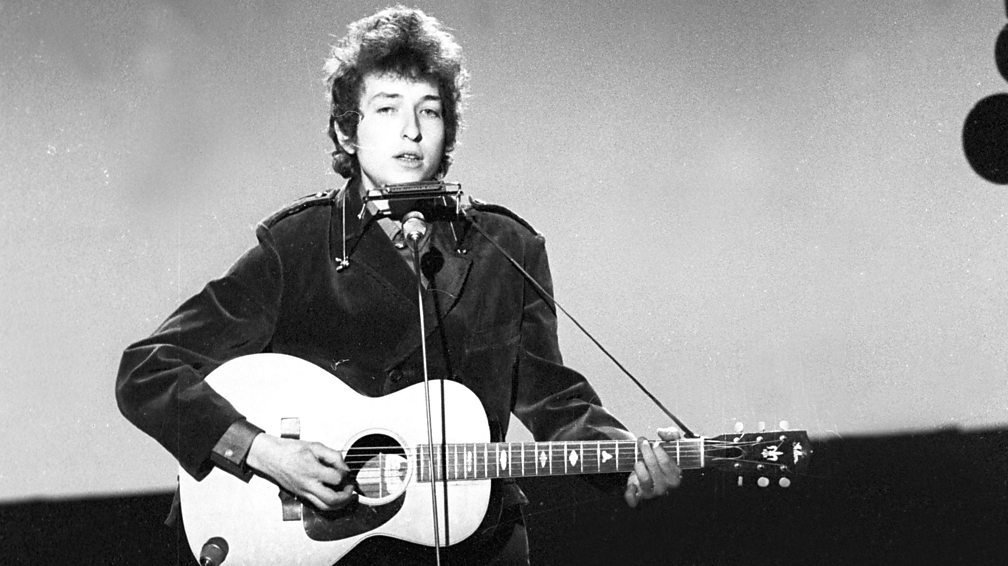 Several of Bob Dylan's best songs were served with a few drops of vitriol and a side-order of disdain, but the legendary singer-songwriter admits he went too far on Ballad of Plain D, from his 1964 album Another Side of Bob Dylan. Written in the immediate aftermath of his break up from artist Suze Rotolo, the lyrics took aim, clumsily, at Rotolo's sister Carla, branding her jealous and "a parasite". "I must have been a real schmuck to write that," Dylan admitted to interviewer Bill Flanagan in 1985. "I look back at that particular one and say, of all the songs I’ve written, maybe I could have left that alone." Unsurprisingly he never performed it live.

The Stone Roses - So Young 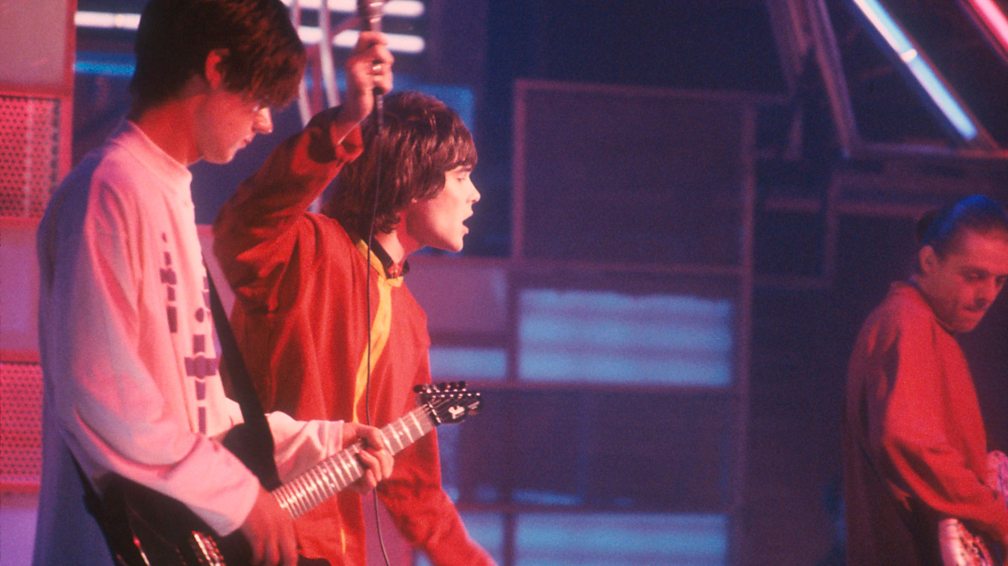 The Stone Roses seemed to appear from nowhere to grab the music world by the scruff of the neck in 1989, but they'd actually been kicking around the Manchester music scene for the best part of a decade before that. In order to live up to their billing as new saviours of British rock, they glossed over the existence of 1985 debut single So Young, largely because it wasn't very good. In fact, The Stone Roses didn't take kindly to anyone dredging up their embryonic early work. When FM-Revolver re-released another early single, Sally Cinnamon, to cash in on Roses fever - complete with a hasty, unauthorised video - the band forcibly redecorated their offices with a few tins of emulsion, earning them a criminal conviction and a fine for criminal damage.