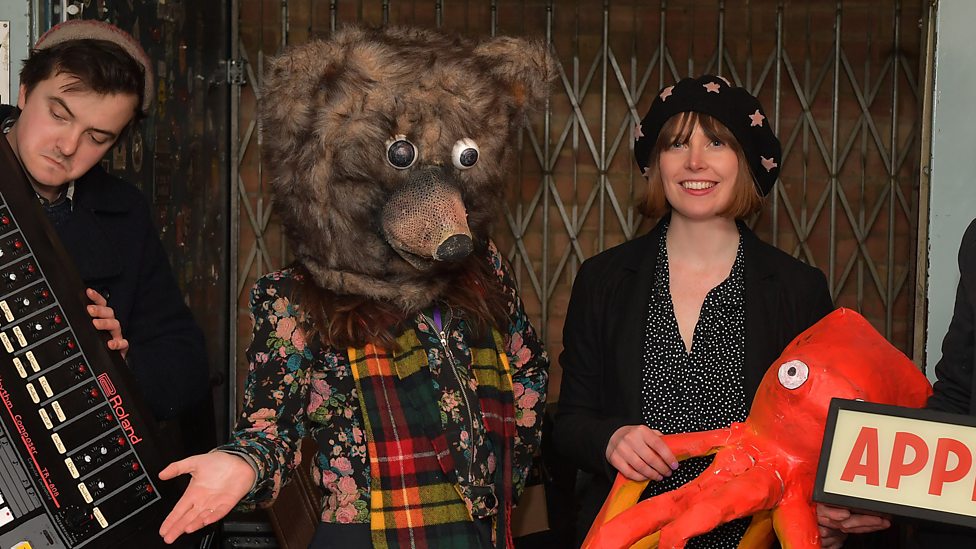 When packing for a Maida Vale session most bands will tick off the essentials: drums- check, guitars- check, amplifiers- check. Not so Wasuremono who arrived with, amongst other lesser-spotted items, a fancy dress bear head and a papier-mâché Octopus. For a band whose Japanese name roughly translates as 'Something left behind', Wasuremono go to great lengths to leave an impression.

The Bradford-on-Avon four-piece's music shows the same attention to detail as their staging- they create ambient dream pop that rewards multiple listens with layers of synthesisers, drum loops and percussion combining with powerful vocal harmonies and guttural guitar melodies to create songs that manage to be both grand in scope yet intricate in detail. 6 Music's Steve Lamacq described their 2017 single Alligator as "A marvellous little curio of a record". Watch the session videos below to immerse yourself in their intriguing, psychedelic music.

Wasuremono have been supported by BBC Music Introducing in the West, and previously played by Lauren Laverne and Steve Lamacq on 6 Music.

For All The Bears