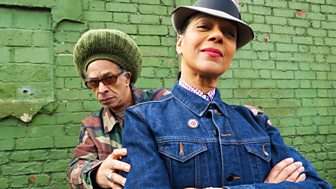 BBC Four - The Story of Skinhead with Don Letts

The Story of Skinhead with Don Letts (broadcast on BBC Four, 14 October) is a fascinating examination of a distinct culture that initially blossomed in Britain in the late-1960s. Back then, being a skinhead meant - among many other things - not being a hippy, and that required shaving off all your hair, wearing different clothes and listening to Jamaican ska music.

Hair, or a lack thereof, was social politics as well as fashion, as often happens in popular culture. Certain styles have come to define their time, particularly these 12, although some, you could argue, were just errors of judgement…

BBC Four - The Story of Skinhead with Don Letts 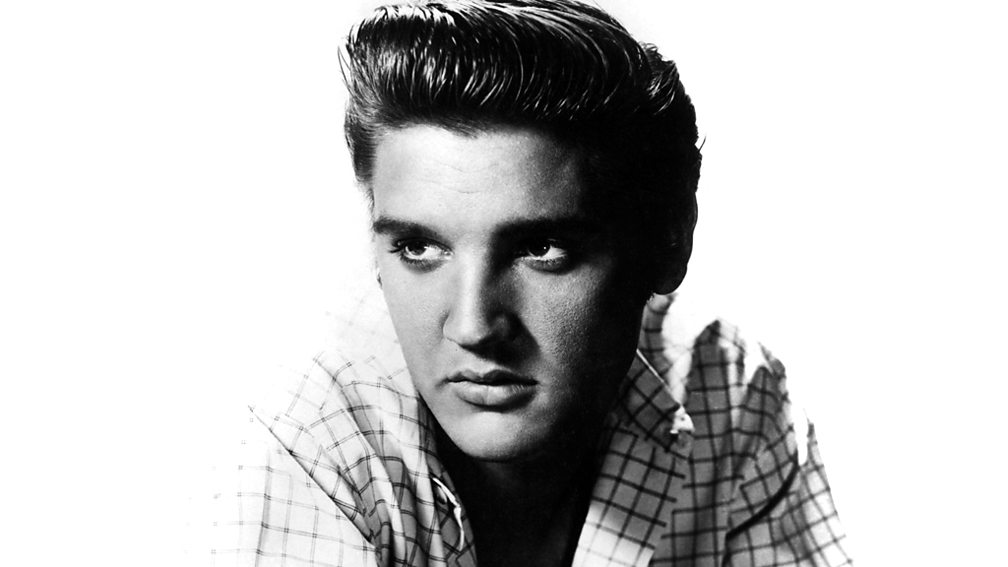 Many hairstyles have epic histories, including the pompadour, which is named after Madame de Pompadour, mistress of King Louis XV. Its key characteristic is turning hair back off the forehead in a roll, and it was very much a female style back in Madame de Pompadour's day (she was born in 1721 and died in 1764) and again in the late-19th and early-20th centuries when it became associated with the Gibson Girl.

Come the 1950s, it was adopted by early rock 'n' roll and country stars, particularly Elvis and Johnny Cash, and it remains a fashionable, vintage cut for men and women. Alex Turner, Morrissey and Imelda May are all keeping it alive. 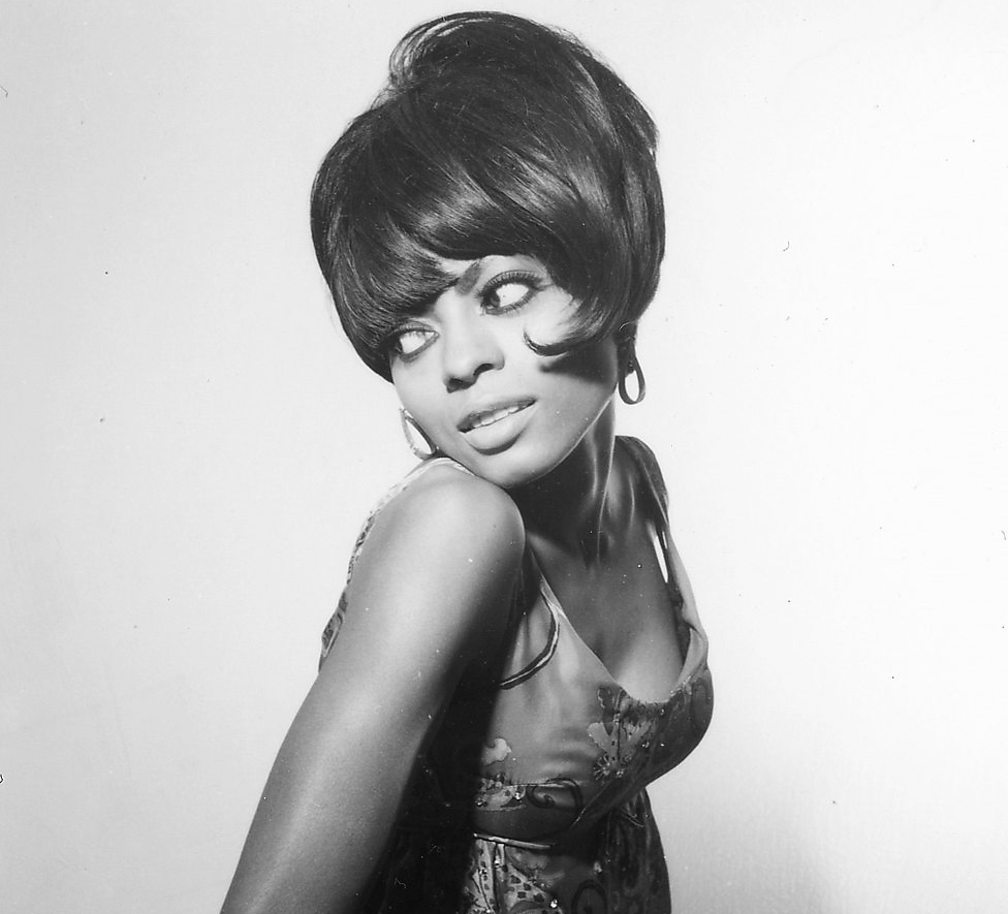 The beehive, which will forever be associated with girl groups from the 1960s, is kind of an exaggerated take on the bouffant. Long hair is immaculately piled on top of the head in a dome, beehive-like shape, often angled slightly backwards. No one got the style to look as classy as Diana Ross, shot above backstage at Top of the Pops in the early 1960s.

The creator of the beehive, Margaret Heldt, died aged 98 in June this year. She must have been delighted to see the style endure in all forms of pop culture. Notable recent wearers include Amy Winehouse, Marge Simpson and Coronation Street's Bet Lynch. 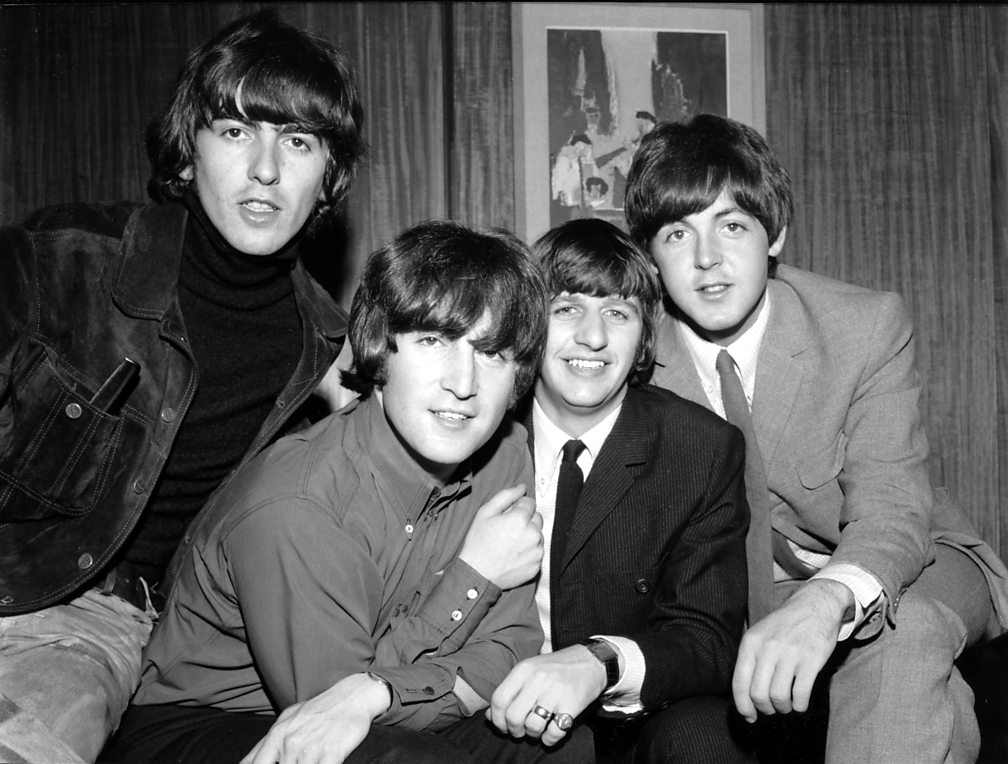 It looks a bit like an actual mop top on top of a head, so it unimaginatively got named the mop top (although when George Harrison was asked in a New York press conference what the style was called soon after The Beatles made it to America, he rather surreally replied "Arthur", and the scene was recreated in the film A Hard Day's Night).

The shaggy, semi-long-haired look was owned by The Beatles but it was a common style for beat groups in the early- to mid-1960s, and it's astonishing now to remember how controversial the mop top was. It was banned by Headmaster John Weightman of Surrey Grammar School in Guildford in 1963, and these days signifies a cute, not dangerous look. The teenage Justin Bieber was a fan.

"It's all got to stop! They've had enough! The worms are turning! The rebellion of the longhairs is getting underway!" So begins Cliff Michelmore's fabulous 1964 report (above) on the newly formed Society for the Prevention of Cruelty to Long-Haired Men, which offered David Bowie his first TV appearance. Hair was indeed growing out of control in the mid-60s, and it was a rebellion - against the squares and norms, which, for most folk, simply meant their parents.

However, growing long hair took on a more political slant among African Americans. The afro became a symbol of black pride, closely aligned with civil rights and the black is beautiful cultural movement.

In popular culture, dreadlocks will forever be affiliated with reggae music and the Rastafari movement. For Rastas, they're symbolic of the Lion of Judah and the association of locks with religion goes back centuries. The enormous popularity of Bob Marley and countless other reggae stars in the 1970s and onwards resulted in dreads being worn as a statement of irreligious ethnic pride by some, and as a fashion statement by others. They were also adopted by New Age travellers and crust punks in the 1980s.

Perhaps the most famous dreadlocked musician of recent times is The Weeknd. Until, that is, he cut his locks off in September and simultaneously announced he was about to release new music, causing the internet to flip twice over. 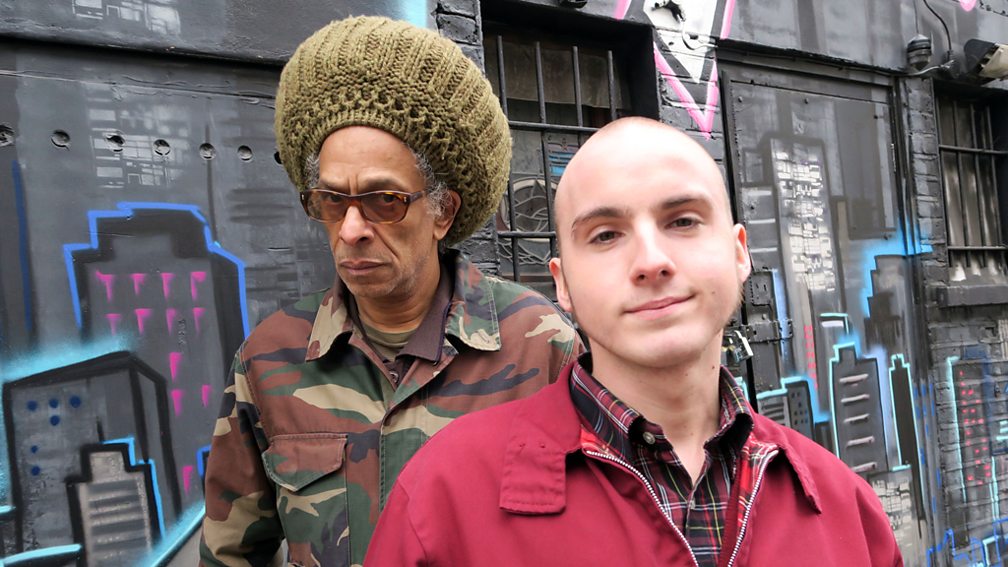 A still from The Story of Skinhead with Don Letts

The easiest way to understand the skinhead movement is to divide it into two waves - late-1960s and then the late-1970s onwards - both dramatically different in nature. Inevitably, in the late-1960s a splinter-culture was destined to react against the hippies by shaving off their hair, as the first wave of skinheads did. They were motivated by working-class pride, believing the values of the hippies to be middle-class, and a love of Jamaican ska and rocksteady music. Early skinhead culture was inclusive, fashionable and short-lived. Once bands like Slade adopted the look in 1969 as a marketing strategy, it was on its way out.

With the arrival of punk in 1976 - or, more specifically, a perceived commercialism of punk after the success of groups like the Sex Pistols and The Clash - came the second wave of skinhead culture. Again, it was motivated by working-class pride but the purity of the movement became muddled by the alignment of some skinheads with far-right politics and the National Front, which became more pronounced in the 1980s and remains today. 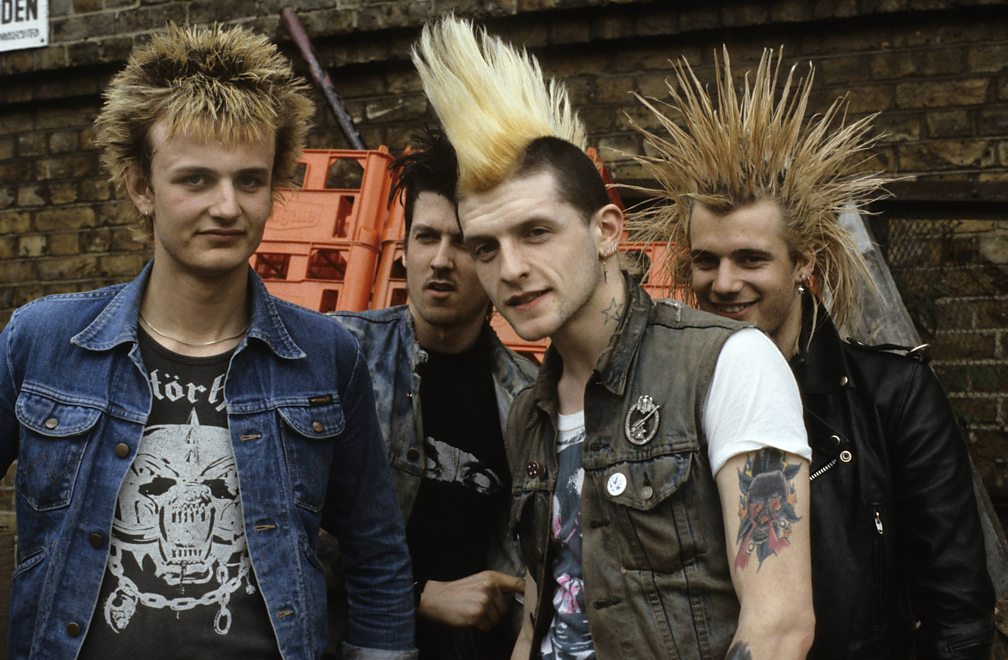 Much like dreads and skinhead, the mohican - or mahican, or mohawk - is another hairstyle with a fascinating backstory, this time going back to Native American culture and custom. In popular culture, it's most closely associated with punk and it was common in the 70s and 80s for Londoners to visit the Sloane Square end of the Kings Road, where punks congregated, just to gawp at the incredible variations of the mohican on display.

American punk rockers adopted the style, too - most notably Travis Barker of Blink-182 - but the mohican is far from confined to punk. Jazz genius Sonny Rollins was rocking a mohawk long before punks were, and it's had multiple outings in film and TV. Think The A-Team's Mr. T and Robert De Niro's character, Travis Bickle, in Martin Scorsese's 1976 classic Taxi Driver. 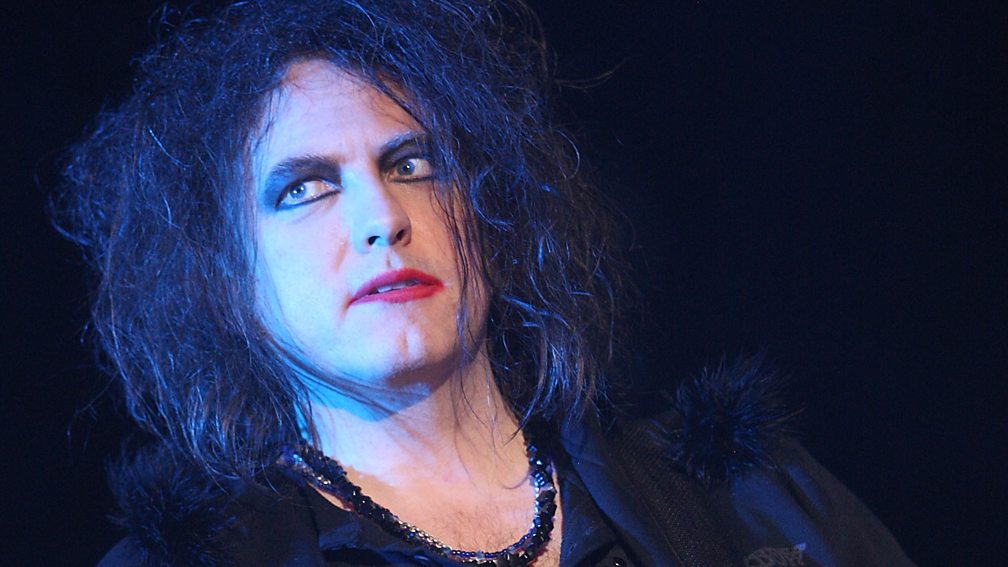 More a technique than a specific haircut, backcombing is necessary for creating the beehive and dreadlocks, as well as Robert Smith's famous gothy look and the wild styles of countless glam and hair metal bands. Basically, backcombing creates volume and in the 1980s volume was in. 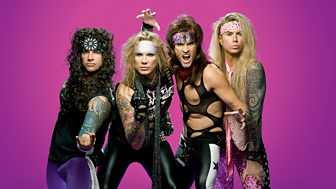 But backcombing survives. Faris Rotter and Joshua Third of The Horrors dragged their take on the goth style into the 21st century, along with comedians Russell Brand and Noel Fielding. For the authentic 1980s hair metal backcombed look, we have the mighty Steel Panther. 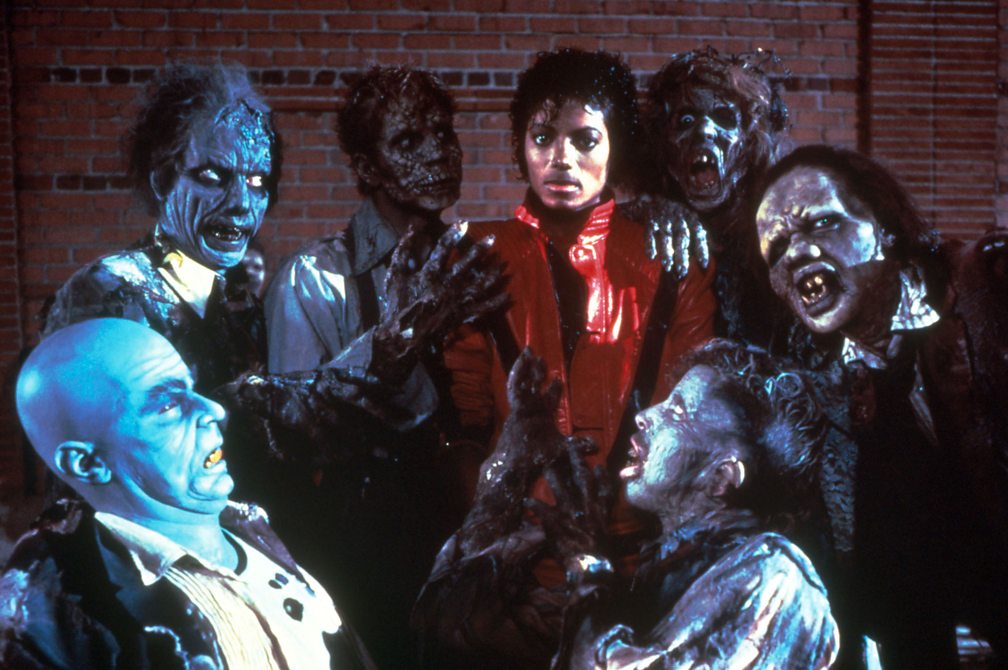 The high-water mark of the jheri curl perm can be in no doubt. Created by hairdresser Jheri Redding, it was sported by Michael Jackson on the cover of the biggest-selling album of all time, 1982's Thriller, and in the legendary video for the title track released a year later. Back then, the style was relatively new (the first album cover it was seen on was Edmund Sylvers's Have You Heard in 1980) and it would prove to be relatively transitory - spanning the decade, then fading out.

Was the lampooning of the style in the 1988 Eddie Murphy film Coming to America the beginning of the end for the style? Probably, but Ice Cube and Eazy-E had curls for a few years after, and they made a return to public consciousness in 1994 when Samuel L. Jackson's character, Jules Winnfield, wore them in Pulp Fiction, despite - in an irony almost certainly not lost on Quentin Tarantino - Jackson's character in Spike Lee's Do the Right Thing from 1989 saying this in his opening monologue: "If you have a jheri curl stay in the house or you'll end up with a permanent plastic helmet on your head forever." 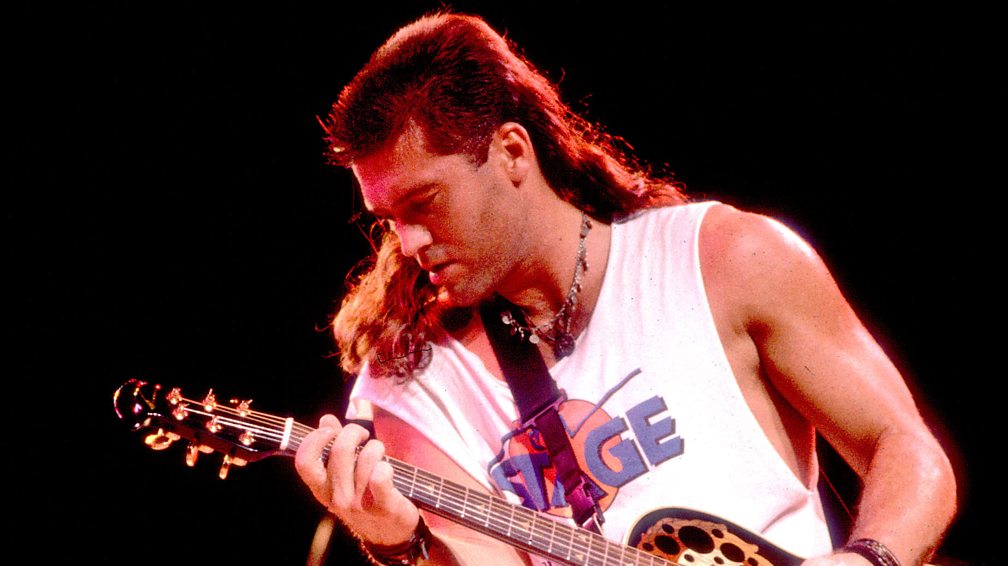 Ah, the mullet - much maligned, but don't forget that plenty of your favourite rockers, including Knights of the Realm Rod Stewart and Paul McCartney, as well as David Bowie, were sporters of the coiffure two decades before mainstream 90s country singers like Billy Ray Cyrus (above) and Alan Jackson mastered the look. They are still closely associated with it, despite long moving on.

And if you really want to go deep into the history of the mullet (the word was popularised by the Beastie Boys), you'll need to go back to the sixth century when notable Byzantine scholar Procopius recorded that some young men were wearing their hair in the mullet style, or the 'Hunnic' look, as fashion magazines described it then. Probably. 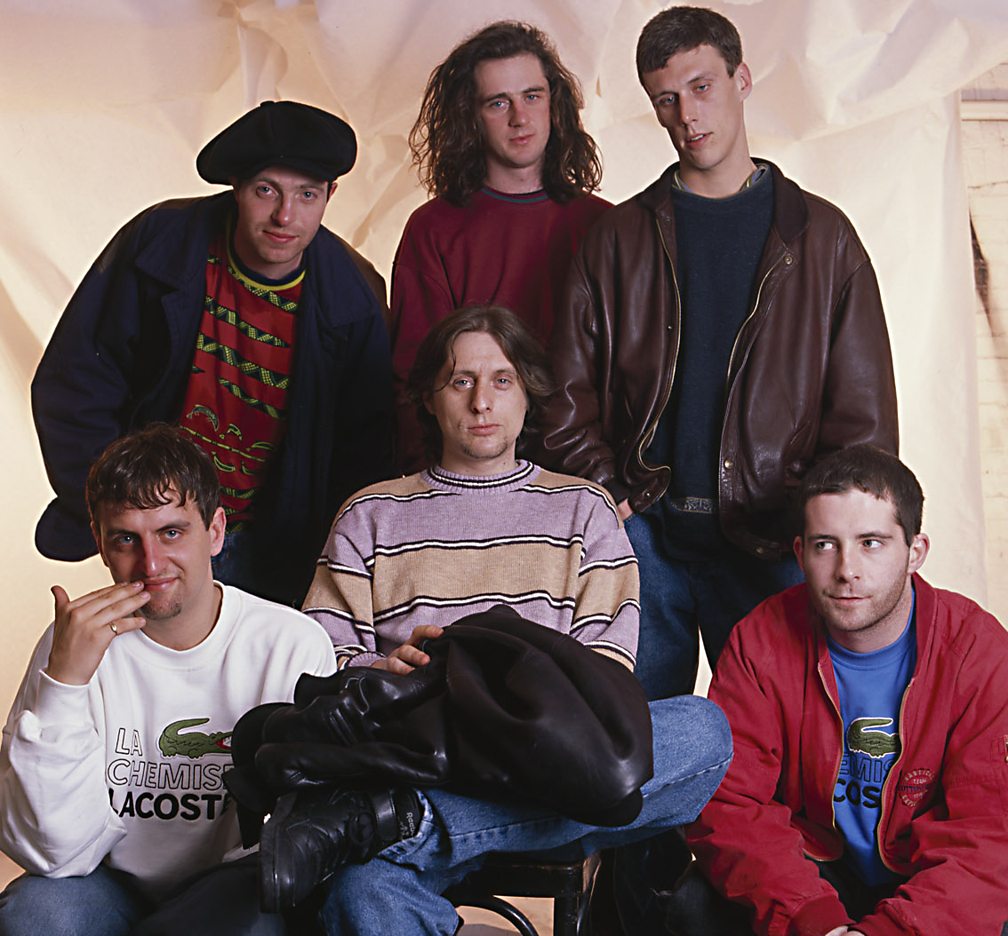 Above you'll notice Sean Ryder of the Happy Mondays exhibiting the curtained hairstyle popular among indie kids and ravers of the 1990s alike. Far from being confined to music culture, though, curtains broke out as a mainstream cut. Keanu Reaves in Point Break? Curtains. Leonardo DiCaprio in Titanic? Curtains. David Beckham at Old Trafford? Curtains. Ricky Butcher in EastEnders? Curtains.

It was hard to make curtains look cool, even then - they were too closely associated with 'pretty boy' actors (Tom Cruise and Hugh Grant were also fans) and Take That. Ryder managed it, but perhaps the only person who still looks on-point in photos from the 1990s with curtained hair is Kurt Cobain, who scruffed the style up. Still, though: curtains. 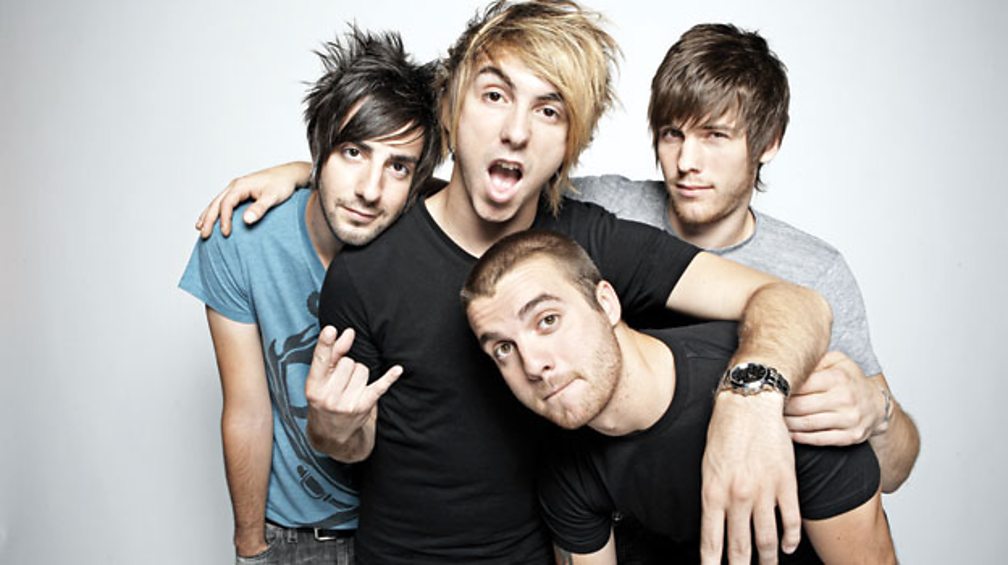 The emo fringe rocketed to the top of the news agenda in 2012 when an Aussie doctor - Andrew Hogan, education director of the Optometrists Association of Tasmania - declared it could lead to lazy eye syndrome. "If a young emo chap has a fringe covering one eye all the time, that eye won't see a lot of detail," he said. "And if it happens from a young age, that eye can become amblyotic."

Was the emo fringe - beloved of fans of groups like My Chemical Romance, Paramore, All Time Low (above) - actually bad for health? NME asked Professor Robert Scott, a consultant ophthalmologist at the BMI Priory Hospital in Birmingham, who cast doubt on the claim, or rather said that risks were low unless a child had a fringe covering an eye for a prolonged period before the age of seven and, as we all know, emo is a distinctly teenage phenomenon. At ease, emo fans.