Doctor Who: The Eternity Clock Now Available on PlayStation 3 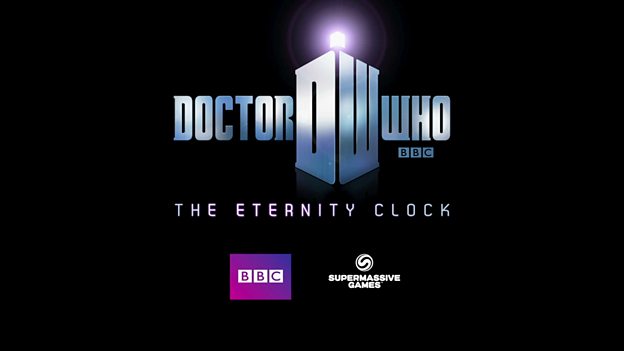 Doctor Who is such a beloved BBC franchise, and we’re fortunate to work collaboratively with the creative minds behind the TV show, bringing fans an authentic experience in the universe that is Doctor Who.” Robert Nashak, EVP Digital Entertainment and Games at BBC Worldwide

Category: BBC Worldwide
Players travel across time and space to discover the mystery of the Eternity Clock

BBC Worldwide Digital Entertainment & Games today announced that Doctor Who: The Eternity Clock is now available for download on PlayStation®Network on PlayStation®3 globally.  The game immerses players in the universe of Doctor Who across 600 years of history and the future.  Players take on the roles of the Doctor and River Song as they travel across time and space to save the Earth, and time itself. In order to be successful, they must master the complexities of time travel through exceptional time-based gameplay - changes made in one time will impact another, creating multiple possibilities and challenging players to solve puzzles across the centuries.

Equipped with the Doctor’s “sonic screwdriver,” River’s “blaster” and other fantastic gadgets, players journey through four London time periods and a number of other-worldly locations in search of answers. With collaborative multiplayer capabilities, players can take part in the game simultaneously across different time periods, facing some of the most fearsome monsters including Silurians, Cybermen, Daleks and the Silence.

Robert Nashak, EVP Digital Entertainment and Games at BBC Worldwide said, “Doctor Who is such a beloved BBC franchise, and we’re fortunate to work collaboratively with the creative minds behind the TV show, bringing fans an authentic experience in the universe that is Doctor Who.”

The stars of the Doctor Who TV series Matt Smith (the Doctor) and Alex Kingston (River Song) provide voiceovers for the game, and motion capture technology creates in-game character movements to add realism to the ultimate Doctor Who gaming experience.

Developed by BBC Worldwide Digital Entertainment & Games and Supermassive Games, Doctor Who: The Eternity Clock is available for download on PlayStation®Network for the PlayStation®3 in the U.S. for $19.99, UK for £13.99 and across Europe for €17.99. The PlayStation Vita and PC platforms will follow later this year.

Doctor Who, one of BBC Worldwide’s flagship brands, is the longest-running science fiction series in the world. It’s the story of the Doctor, the mysterious traveler in time and space, who has saved the universe so very many times. In the U.S., Doctor Who broadcasts to over 70 million homes on BBC America. In 2011, the show delivered record ratings for the channel, generated mass critical acclaim and ranked #1 for downloaded series on iTunes.

For more information on Doctor Who: The Eternity Clock, visit @DoctorWhoTEC .

BBC Worldwide Digital Entertainment and Games is a core business within BBC Worldwide, the main commercial arm and wholly-owned subsidiary of British Broadcasting Corporation (BBC). Launched in 2010 and headquartered in Los Angeles and London, the business works with top BBC brands to develop new opportunities across a wide range of gaming platforms. The business is responsible for the company’s first MMO, Doctor Who: Worlds In Time and the multi-year partnership with Top Gear and Forza Motorsport, amongst many others.

BBC Worldwide Limited is the main commercial arm and a wholly owned subsidiary of the British Broadcasting Corporation (BBC). The company exists to maximise the value of the BBC’s assets for the benefit of the licence fee payer and invest in public service programming in return for rights. The company has six core businesses: Channels, Content & Production, Sales & Distribution, Consumer Products, Brands, Consumers & New Ventures and Magazines, with digital ventures incorporated into each business area. In 2010/11, BBC Worldwide generated profits of £160 million on sales of £1158 million and returned £182m to the BBC. For more detailed performance information please see our Annual Review website: www.bbcworldwide.com/annualreview