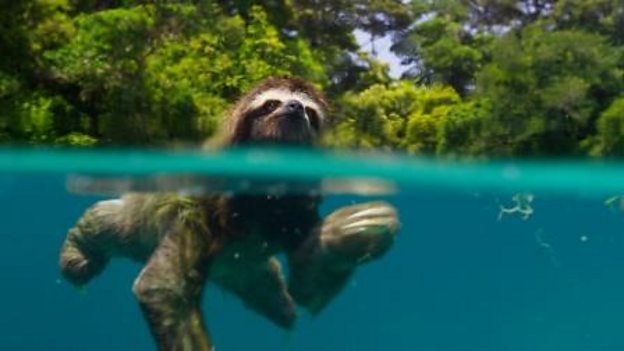 What excites me about this study is seeing how Planet Earth II connects with people on a deep emotional level - as a film maker that is very rewarding. We’re always striving to bring our audiences closer to nature and it’s thrilling to see how this can generate such positive emotions and have a powerful impact on our viewer’s mood and wellbeing. Mike Gunton, Executive Producer of Planet Earth II

The research, conducted with Professor Dacher Keltner, an expert in the science of emotion at the University of California, Berkeley, confirms that even short engagement with such shows leads to significant increases in positive emotions including awe, contentedness, joy and amusement. The study also found substantial decreases in emotions such as nervousness, anxiety, fear, stress and tiredness.

BBC Worldwide’s in-house research team collaborated with Professor Keltner, who oversees Psychology at the University of California, Berkeley on a two-phased study. A global quantitative research project of over 7500 nationally representative participants from the US, UK, Singapore, India, South Africa and Australia and a literature review of over 150 scientific studies that have explored the link between a connection with nature and human happiness and wellbeing. To further enrich the study, the research team worked with Crowd Emotion, a pioneering tech start-up that specialises in emotion recognition, using cutting edge facial mapping technology to understand how viewers respond to video footage.

The research was commissioned to mark the launch of one of the BBC’s most ambitious landmark nature series in ten years Planet Earth II, which recently premiered in the U.S. on BBC AMERICA to universal acclaim and strong viewership. The BBC natural history juggernaut has also taken Australia, South Africa and France by storm, having debuted in those territories during the last three weeks.

A decade ago, Planet Earth inspired an unprecedented number of people worldwide to connect with the natural world, gaining an estimated global audience of over half a billion people. Planet Earth II launched in the UK in November and has already surpassed expectations by drawing the second largest live TV audience in Britain during 2016 and becoming the most successful nature documentary for 15 years.

Professor Dacher Keltner of the University of California, Berkeley commented: “The shifts in emotion demonstrated in the BBC study as a result of watching this powerful natural history series are significant as we know that wonder and contentment are the foundations of human happiness. If people experience feelings of awe, they are more likely to display empathetic and charitable behaviours and have been shown to be better able to handle stress.”

Mike Gunton, Executive Producer of Planet Earth II said: “What excites me about this study is seeing how Planet Earth II connects with people on a deep emotional level - as a film maker that is very rewarding. We’re always striving to bring our audiences closer to nature and it’s thrilling to see how this can generate such positive emotions and have a powerful impact on our viewer’s mood and wellbeing. I hope that in sparking an appreciation of the natural world Planet Earth II will also encourage people to love and protect the natural world.”

To find out more about The Real Happiness Project and how you can benefit or get involved, visit www.realhappinessproject.com

How the study worked:

Participants taking part in the quantitative research, drawn from Lightspeed’s global market research panels, were asked to complete a short survey to establish their mood state before being shown clips from the forthcoming Planet Earth II series. Their real time responses to the footage were captured using Crowd Emotion’s facial mapping technology and following the clips participants were asked to complete psychometric tests and a further questionnaire to assess the impact on their mood and outlook of watching the footage. Alongside a control clip, clips of a popular drama and a reel of recent news stores were used to measure the impact of Planet Earth II content against a range of variables.

Participants rated themselves from 0-10 for feeling each of 14 groups of emotions immediately before and after watching a stimulus clip. Results were grouped into global mean scores for each emotion group for each type of stimulus watched. Analysis below refers to the change in mean scores across all respondents viewing a natural history clip.

The demographic breakdown of the global sample revealed:

The BBC study adds to a growing body of scientific evidence proving that a connection to nature is of fundamental importance to a person’s health, happiness and wellbeing.  In parallel with this global research, Professor Keltner carried out an extensive review of over 150 scientific studies exploring the relationship between emotion and nature. The review commissioned by the BBC revealed multiple benefits to connecting with nature.

BBC Worldwide is the main commercial arm and a wholly owned subsidiary of the British Broadcasting Corporation (BBC). Its vision is to build the BBC’s brands, audiences, commercial returns and reputation across the world. This is achieved through investing in, commercialising and showcasing content from the BBC around the world, in a way that is consistent with BBC standards and values. The business also champions British creativity globally.