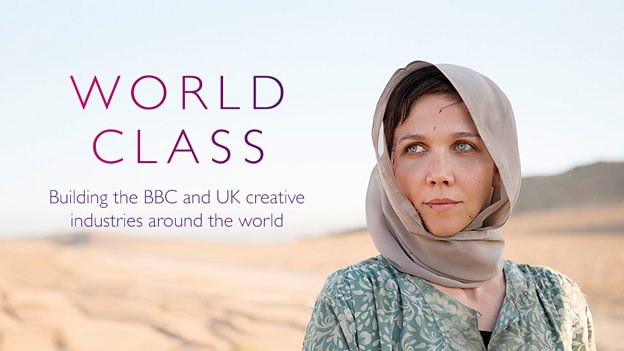 Through focusing on transformation and investment in 2014/15 BBC Worldwide delivered a solid performance, including record returns to our parent, the BBC, which remains our primary objective. Mindful of the ever-changing and competitive marketplace in which we operate we made a number of decisions to secure our future performance. This included entering into a significant partnership with AMC Networks for BBC AMERICA, which can be seen in our results this year. Tim Davie, Chief Executive, BBC Worldwide and Director, Global

Category: BBC Worldwide
Delivered during a year of transformation and investment for the business

Results reported today are significantly impacted by the deal struck in October 2014 to form an equity partnership with AMC Networks for BBC AMERICA, making the channel, which delivered a 10th consecutive year of ratings growth, part of a larger portfolio with a shared emphasis on premium quality editorial.  Consequently 2014/15 revenue does not include BBC AMERICA for the majority of the second half of the year.  This is the major factor in headline sales being down 3.9% to £1,001.8m (2013/14: £1,042.3m) and headline profit down 11.9% to £138.6m (2013/14: £157.4m).  Adjusting for this, headline sales and

Tim Davie, Chief Executive, BBC Worldwide and Director, Global said: “Through focusing on transformation and investment in 2014/15 BBC Worldwide delivered a solid performance, including record returns to our parent, the BBC, which remains our primary objective. Mindful of the ever-changing and competitive marketplace in which we operate we made a number of decisions to secure our future performance.  This included entering into a significant partnership with AMC Networks for BBC AMERICA, which can be seen in our results this year.

“We are proud to have launched our three genre brands BBC First, BBC Brit and BBC Earth in three key markets and delivered BBC Store, which will launch in the coming months in the UK. Our results announced today reflect these decisions as well as highlighting our ongoing ambition to deliver the highest quality content to our audiences and our ambitions to continue to support creative talent across the UK independent community.”

Returns to the BBC:

Returns to the BBC grew significantly to £226.5m, up 30.3% (2013/14: £173.8m), underpinned by a solid operating performance and the proceeds of the partial disposal of BBC AMERICA.  This is the equivalent of 12.6% of BBC Television’s content spend, up from 10.1% in the previous year. Investment in BBC commissioned content was up 6.2% to £94.4m (2013/14: £88.9m) and supported the commission of titles such as The Hunt, 9 Months That Made You, War and Peace and SS-GB. BBC Director-General and Chairman of BBC Worldwide, Tony Hall, also announced today that this year marked the first of a five year plan to generate around £1bn in returns to the BBC, an increase of almost one quarter on the previous five years, reflecting the BBC’s determination to extract the maximum sustainable future contribution from commercial subsidiaries.

Alongside the company’s ongoing support for its parent, the year also witnessed a further increase in its commitment to the UK’s wider creative industries.  This included showcasing BBC and UK independent content across the globe, delivering a 3.2% increase in TV sales, which are largely exports, to £345.3m (2013/14: £334.6m).  BBC Worldwide continued to represent over 250 UK independent producers, returning £113.1m to the sector, a 2.9% decrease on £116.4m in the previous year. In the year, BBC Worldwide made a number of strategic investments in emerging, high quality UK production houses, including Lookout Point, Curve Media, King Bert, Red Planet and Cuba Pictures.

BBC Worldwide is also reporting good progress on its three-pronged strategy, first set out in October 2013.

Premium content investment delivered a rich mix of titles, including drama - which accounted for almost half of total investment in the year.  Top-selling titles were Doctor Who, Top Gear, Orphan Black, Life Story, The Musketeers, Atlantis, Call the Midwife, Ripper Street, Sherlock and The Honourable Woman.

BBC Worldwide’s production arms saw increased appetite for popular UK formats, with notable success in France, with revenue up by over 50% and new and returning commissions including Dancing with the Stars, The Weakest Link and Bake Off.  At year-end the Bake Off format had been licensed to 19 countries, this year welcoming Turkey and Israel.  Dancing with the Stars in the USA celebrated its 10th anniversary and 20th series, while local versions of Top Gear launched in France and China.

We launched three new genre brands in the year.  Drama channel BBC First debuted in Australia in August on Foxtel’s subscription platform, delivering its most successful non-sport channel launch in a decade.  Factual entertainment BBC Brit and premium factual BBC Earth made their linear debuts in Poland in February, with both channels outperforming established rivals and breaking into the top three in their competitive sets.  The Nordics became the second market for BBC Brit and BBC Earth post year-end, followed by the launch of BBC Earth in Turkey and Central and Eastern Europe. Elsewhere BBC First made its European debut in the Netherlands in May. BBC Earth also became the first of the three new brands to make its online debut, on both BBC.com and BBC.co.uk, generating an average of 3.1m unique browsers since launch in September.

Work commenced on BBC Store, the download to keep service which will launch this autumn, offering UK audiences access to a wealth of content, building to around 10,000 hours at launch. Elsewhere, partnerships with fledging digital services were struck with the likes of Stan. and Lightbox in Australia - where digital sales were up fourfold - and the first VOD deals were secured in Africa and Poland. Established relationships with Hulu and Netflix in the USA contributed to digital sales growth of 54.1%, surpassing linear TV sales in the region for the first time.

Davie concluded: “We are mindful of the challenges ahead both for the BBC and the wider market. As we face these, our plan remains to execute our strategy – focusing on premium content, global brands and digital transformation – in order to keep building the market for British TV around the world while supporting those shows that UK audiences love at home.”

About BBC Worldwide
BBC Worldwide is the main commercial arm and a wholly owned subsidiary of the British Broadcasting Corporation (BBC).  Its vision is to build the BBC’s brands, audiences, commercial returns and reputation across the world.  This is achieved through investing in, commercialising and showcasing content from the BBC around the world, in a way that is consistent with BBC standards and values.  The business also champions British creativity globally.