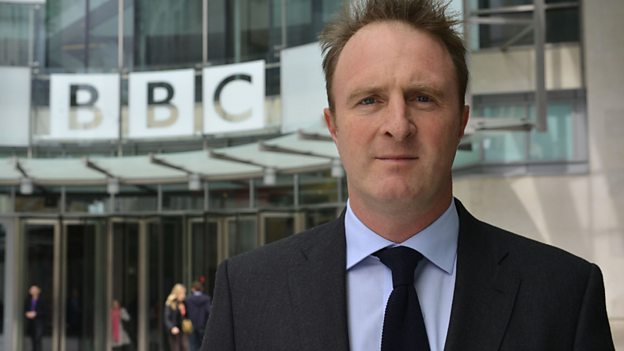 Category: News; Corporate
Speech given by James Harding, BBC Director of News and Current Affairs, at the Revival of Local Journalism Conference in Salford on 25 June 2014.

Thank you for coming to Salford to this conference on the Revival of Local Journalism hosted by the BBC and the Society of Editors. Thank you, in particular, to Bob Satchwell of the Society of Editors, for his part in ensuring that, in effect, we’ve got the Stones and the Beatles of local journalism playing together.

John F Kennedy is said to have opened a dinner for all of America’s Nobel Laureates by saying that the White House had not been host to a greater assembly of intellectual firepower since Thomas Jefferson dined there alone. And I don’t have anything quite as acute – or cute – to say, but I have no doubt that the BBC has not been host to quite such an assembly of people with passion for, investment in and understanding of local journalism as we have here today. And given that we have had a fair few differences in the past - and, no doubt, will have a few today – I particularly appreciate the effort that people have made to be here.

Many of you will know the old story of Dr Johnson walking his friend James Boswell through the narrow backstreets of London. They came across two women leaning out of their first floor windows, having a blistering argument. They were shouting and swearing at each other across the alleyway. Johnson, it is said, turned to his friend to say these people will never agree…”they are arguing from different premises.” (I should say that Phil Collins, a former colleague of mine who was then a speechwriter, told me he once weaved it into a speech for Tony Blair. The only problem was that when the Prime Minister got to the punchline, he fluffed it: “This dispute will never be resolved, he said, as they are arguing from different buildings…”)

But it’s a decent starting point for addressing our differences and the purpose of today’s conference. The reason that I have been so keen to bring us together in one building for a day is that I think our differences are overdone. Whether we are in local journalism for profit or to fulfill a public service remit, paid for by advertising or cover price, subscription or the licence fee, our starting point is the same – the belief that nothing is more important in news than informing people of what’s going on where they live and where they work. If all politics is local, then so, by definition, is news.

And, of course, there is no point being Pollyanna-ish about the job losses and economic pressures in regional press and broadcasting – it has been calamitous: an estimated quarter of journalists in local newsrooms have lost their jobs; and, hundreds have had to go from local radio and regional TV at the BBC too.

But I also think the pessimism around local journalism is overdone. All around us, we see outstanding reporting, brilliant innovation and smart investments reinventing the business of local journalism.

And the simple fact is this: it’s what people want. The single most striking thing I have learned since joining the BBC is that our biggest audiences for TV news are for the regional bulletins: roughly 5 million people tune in each night for the 6 o’clock news; by 6.30, when we roll out the regional bulletins in England and news for Scotland, Wales and Northern Ireland, that number is closer to 6 million people.

We share a belief in local journalism because we have a similar outlook on news, because we have an indefatigable optimism about making it work and because we know that it’s what viewers, listeners and readers really want, but, also, without being too grand about it or ourselves, because we have a responsibility to the country we live in to ensure that local journalism gets back on its feet. For fewer journalists does not mean less news, it means more PR. It means a society in which the decisions of powerful people go unreported and unchallenged, undermining any belief in local democracy and institutions, public services and private businesses. We may compete like cats in a sack for stories, but, in the end, we have a common purpose.

And, to my mind, the squabbles in recent years between the local press and the BBC are getting us all nowhere. We have looked like a circular firing squad.

Let me be clear: the BBC is not to blame for the problems in the regional newspaper business. It’s Facebook, Google, Zoopla and Gumtree that have done for the classified and local advertising business in print with all of the consequences for local newspaper revenues and jobs. Indeed, in countries where internet penetration has been higher and faster than ours and there is no BBC, the impact on the regional press has been as, if not more, severe. Nor can we expect that the BBC is the remedy: the assault on the business models of the local press is not the BBC’s fault and, I’m afraid, the BBC will not be able to fix the problem.

But, that said, we genuinely would like to help. And I know there will be a few world weary groans at this point: 'Oh, here they go again,’ some of you may say. 'Charter renewal is on the horizon and the BBC comes over all Good Samaritan, full of warm words but little action.’

But I ask you not to surrender to that cynicism. The BBC has a very real stake in the success of the local and regional news business. This is true in principle: local audiences are going to get closer to what’s really going on where they live when journalists are competing to break stories, when there’s a variety of different ideas and opinions in the media, when the media itself is subject to media scrutiny. And it’s true in practice: BBC local radio, regional TV and all that we are doing online, on mobile and on social media draws every day on stories, ideas and opinions out there in the papers, commercial radio and rival TV stations, on blogs and vlogs, Facebook and Twitter streams. And, as we all know, the traffic goes both ways. The press in all its forms equally feeds off what the BBC puts out there.

Look, I enjoyed the playout to Jeremy Paxman’s final Newsnight, the picture of him in his chair as the music played “I’d like to teach the world to sing in perfect harmony.” I think we were all in on the joke. Those of us who love journalism do so in the knowledge that we are an awkward, quarrelsome bunch. So, I expect and, in fact, hope that today will see a full and frank discussion, a chance to thrash out our differences.

But the purpose of today’s event is to do more than that. It is to understand each other better, to see if and where we can help each other and, if possible, to find common cause.

And, the fact is, it’s already happening. We are doing real work together. We are tackling the old bugbear of ensuring the BBC credits other news organisations for their stories. In my meetings with the regional press from Kent to Yorkshire to Gloucestershire, people say that there’s been a marked improvement on that front – and, yes, there’s still a way to go.

We have launched a pilot in Leeds to see how the BBC online can make more of local newspapers’ stories and digital content of local newspapers to our audiences online. We are collaborating with citizen journalism teams, such as the Real Whitby. In Birmingham, we have been trying to make available BBC video and audio content available to local newspaper websites, extending both our reach as well as their dwell time and comprehensive coverage of particular stories. And this morning, we’re very proud to announce that the BBC and Glasgow 2014 will allow other news organisations access to the Commonwealth Games footage. Sharing this footage will not only mean the Commonwealth Games reaches an even larger audience, I also hope that running the brilliant sporting moments we expect to see this summer will mean that local and regional news organisations can put their local sporting stars – as well as the great drama of the Games – on screen for their audiences.

And we are, in good faith, in the market for experimenting, for trying out new ideas. So, when I was in Kent last month, Geraldine Allinson of the Kent Messenger Group asked whether local news groups provide certain programmes or information packages for use on the BBC’s regional and local outlets in much the same way the independent TV sector delivers programmes for BBC Current Affairs? And so we’re looking at whether we could do that for sports or court reporting. When I was in Leeds a couple of weeks ago, editors from the Yorkshire papers asked whether we might stream radio or distribute TV packages over regional and local news sites, extending our reach and your dwell time? Again, we’re looking to see if we can do just that.

To be clear, any innovations like this would need the regulatory approval of the BBC Trust, would have to adhere to the demanding requirements of the BBC’s editorial guidelines and would, above all, have to meet the needs of the BBC licence fee payer, who pays £145.50 each year and expects an independent, impartial and accurate news service. But, having spent a lot of time in the past nine months going round regional newsrooms and discussing ideas such as these, I am struck by the mutual goodwill that’s out there.

The BBC is open and willing to see how we can work together. So, let’s try and make something concrete come of this. I have asked David Holdsworth to lead a working group that takes on ideas such as these and the ideas that I hope will come out of today.

For our starting point is, I’m guessing, the same as yours: we are determined to keep on improving the local news services we deliver to audiences and licence fee payers. And I hope that today’s event can be the start of a meaningful effort - on all our parts – to drive the revival of local journalism in this country.