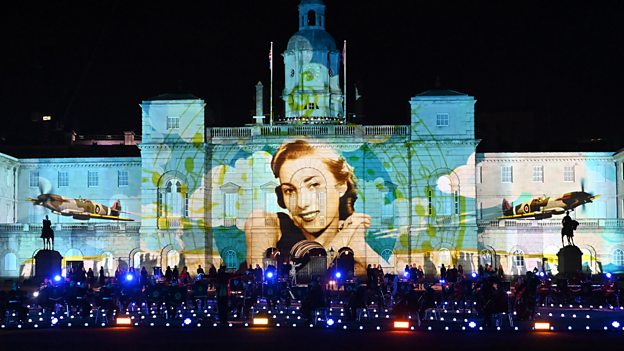 Coverage of the 75th anniversary of VJ Day continues in the evening on BBC One with a spectacular event, developed with the Ministry Of Defence, which will be pre-recorded on Horse Guards Parade.

Narrated by Joanna Lumley, whose father was an officer with the 6th Gurkha Rifles, the event will tell the story of the campaign in the Far East that helped bring the war to an end. Key moments of the conflict as it developed will be reflected through testimonies, readings and musical performances, and will also feature current serving personnel.

The Duke of Cambridge will give an address which pays tribute to the veterans and the wartime generation, as the Nation honours, thanks and remembers all those who sacrificed so much during the Second World War.

At the heart of this event will be powerful first-hand accounts from British and Commonwealth veterans who fought so bravely in the Far East. Some of the UK’s finest actors, Hugh Bonneville, Sheridan Smith, Paterson Joseph and Martin Shaw, will portray well known and important figures of the time.

The Massed Bands and military orchestra drawn from musicians from across all our armed forces perform alongside a specially-formed choir, and will provide the soul stirring and nostalgic soundtrack for this unique event. World renowned artists Sir Willard White, Ruby Turner, Sir Bryn Terfel, Nicola Roberts, and Braimah Kanneh-Mason will perform popular songs and music from the era. There will be a special tribute to the late Dame Vera Lynn with a selection of the songs she performed on her tour of Burma in 1944.

Horse Guards and The Old Admiralty building will be both the backdrop and the canvas for immense breathtaking projections. This huge visual spectacle will see the buildings come to life as they transform into the jungle, the Pacific Ocean and battle fields - transporting the audience to the unforgiving terrain that was the setting of campaign in the Far East. The projections will feature some of the last surviving British and Commonwealth veterans, unable to attend in person, to share their deeply moving experiences.

This magnificent 75th Anniversary Commemoration of VJ Day will be a moving and fitting tribute to honour all those who served, those few still with us, and the thousands who lost their lives in this last act of the Second World War.