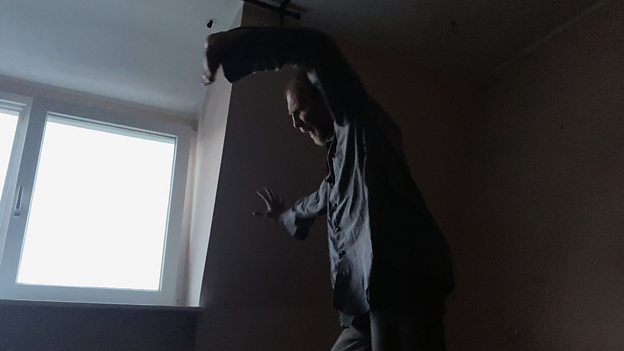 The world premiere of Strasbourg 1518, the latest film from Jonathan Glazer (Sexy Beast, Birth, Under The Skin, The Fall) will take place on BBC Two at 10pm on Monday 20 July.

Inspired by a powerful involuntary mania which took hold of citizens in the city of Strasbourg just over 500 years ago, Strasbourg 1518 is a collaboration in isolation with some of the greatest dancers working today.

Devised and directed by Jonathan Glazer, with music by Mica Levi, Strasbourg 1518 was co-commissioned by Artangel and Sadler’s Wells and produced by Academy Films for BBC Films and BBC Arts.

The film is part of BBC Arts Culture In Quarantine - bringing the arts into the homes of the nation at a time of national lockdown.