The Mysterious Murder Of Nipsey Hussle 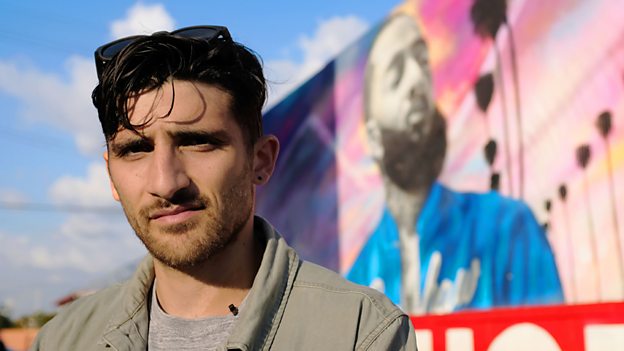 Available on BBC iPlayer from 6am on Thursday 26 March

On 31 March 2019, Los Angeles rapper Nipsey Hussle was murdered in broad daylight in front of his own shop. Why would anybody want to kill a man who had given so much back to the tough neighbourhood that he grew up in?

Ben Zand speaks to the people who knew Nipsey best and hears the established facts and conspiracy theories spreading about his death.

Born and raised in Crenshaw in LA, Nipsey - whose real name was Ermias Asghedom - was at the peak of his powers in 2019. He had a Grammy-nominated album, and his commitment to lifting up the neighbourhood he grew up in had seen him open up several businesses and communal spaces to serve the local community - all of which makes the motives behind his murder tough to figure out.

After his death, rumours began to swirl. Fellow gang member Eric Holder was detained to stand trial for the murder, but many suspected that he didn’t act alone. Although Holder was allegedly the person to pull the trigger, some Crenshaw locals believe he may not have been the person to authorise Nipsey’s killing. Ben takes to the streets of LA to speak to the people who knew Holder, including those who lived in the same block as him.

Crenshaw and other predominantly black and minority ethnicity neighbourhoods in LA have historically had a strained relationship with the Los Angeles Police Department. Ben speaks to community leaders and a former LAPD officer about gang crime in the city. Ben also meets members of a branch of the Black Riders, an offshoot of the Black Panthers, who believe that a wider LAPD and government conspiracy was behind the rapper’s murder.

Nipsey was a member of the Rollin 60s Crips gang, and although he advocated for an end to gun violence, the rules of gang life still applied to him. Ben speaks to original gangsters from another Crip gang who suggest that an act of disrespect played a part in the rapper’s murder.