Mary Beard's Shock Of The Nude 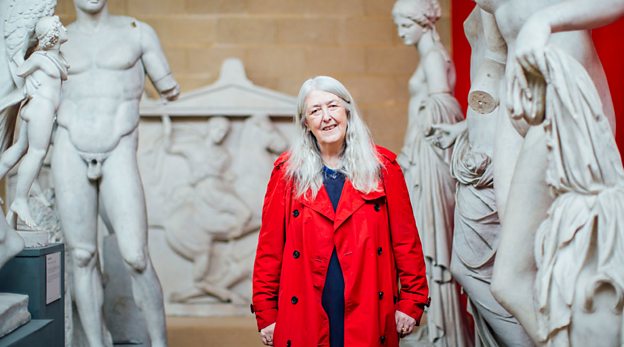 Confirmed for BBC Two on 3 February at 9pm to 10pm

In the first of her provocative two programmes, with distinctive wit and flair, Mary Beard takes a personal view of the Nude in Western art and its troubling power to provoke ideas about gender, sex and moral transgression.

Mary starts by exploring the very first full-size nude sculpture in Western art: an Aphrodite by Praxiteles; and one of the very first reclining nudes in Western Art: Titian’s Venus of Urbino. She asks how a woman like her should respond to the artworks.

She considers the challenge of depicting the female nude for a woman artist, looking at one of the greatest 17th Century painters, Artemisia Gentileschi. And in a life-drawing class, Mary joins a hen party as they attempt to draw a naked male.

Pictured: Mary Beard at The Museum of Archaeology and Anthropology, Cambridge